In Hollow Knight, Pale Ore is of the most valuable — and rarest — items. This valuable ore is used to upgrade your Nail, with there being four possible upgrades in total. Each time you upgrade your Nail, you will need to use more Pale Ore, making it quite difficult.

There are six pieces of Pale Ore in total, scattered across Hallownest. They aren't easy to find, but they're definitely worth the search. If you're having trouble, though, this guide can help you find all of the Pale Ore locations.

Updated July 15, 2022 by Jacqueline Zalace: Pale Ore is still a difficult item to come across. Because of this, we've updated our guide with additional information to help you find Pale Ore.

How Much Pale Ore Do You Need In Total? 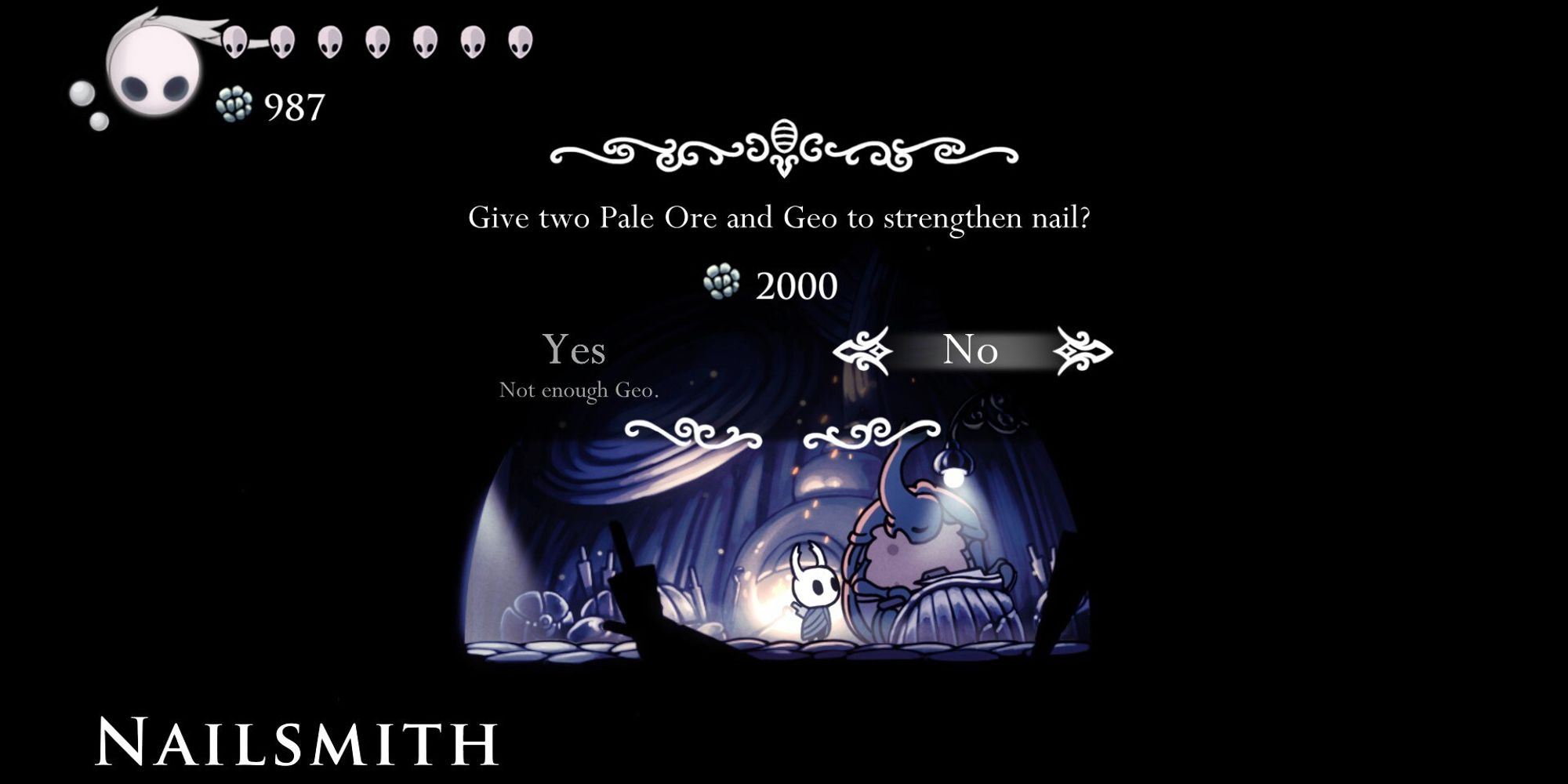 You'll be able to upgrade your Nail the first time for 250 Geo and no Pale Ore, but after that, you'll need more each time.Below, you can see how much you'll need in total. 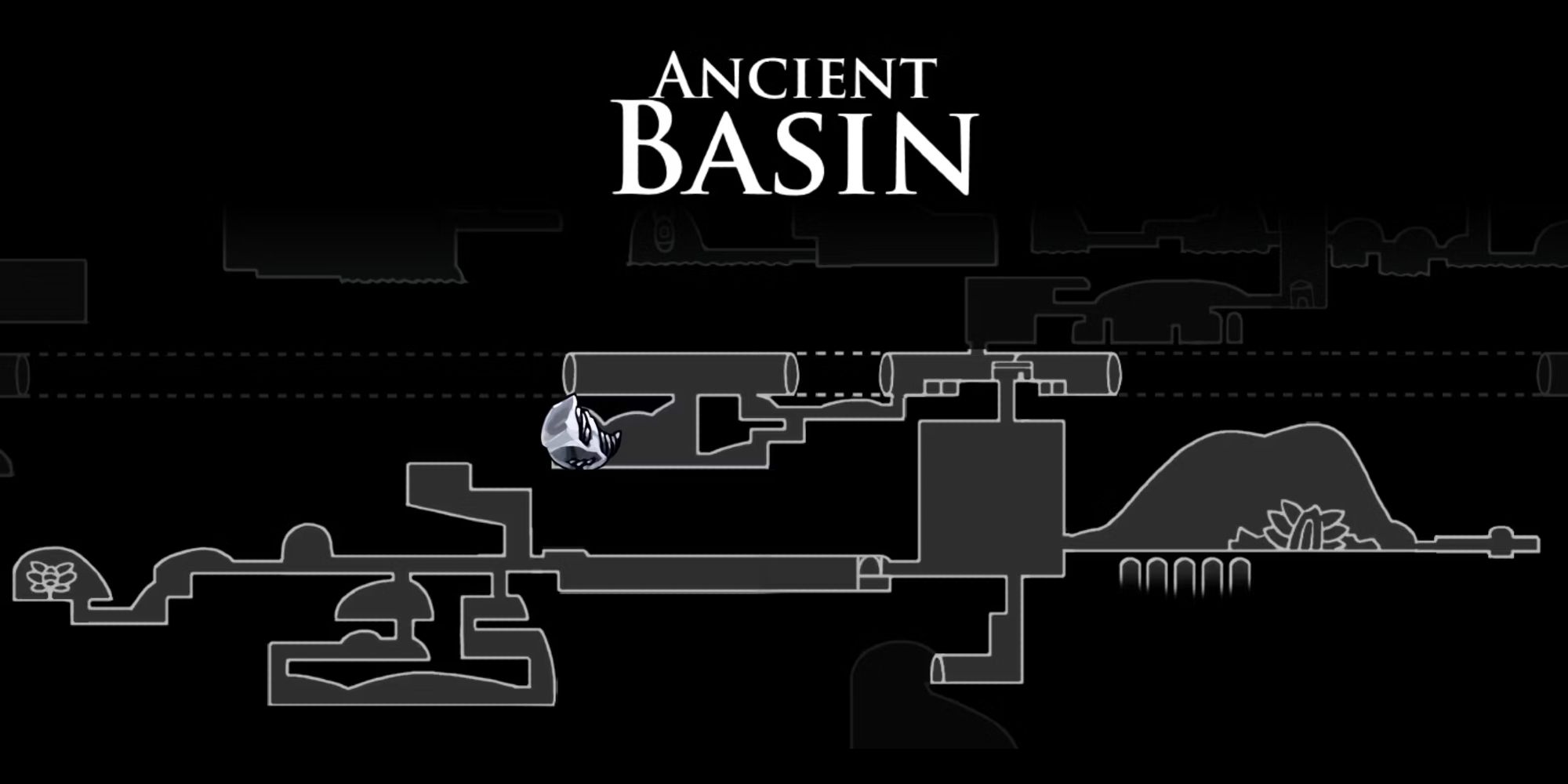 It's guarded by two Lesser Mawleks, which you'll need to defeat to get past. They like to spew orange acid that will harm you, and it'll sit on the floor and harm you if you touch it, too.

If you stay close to them, they're less likely to spit the acid out, so get up in their business and start swiping.

Once you're past them, grab your Pale Ore and be on your way. 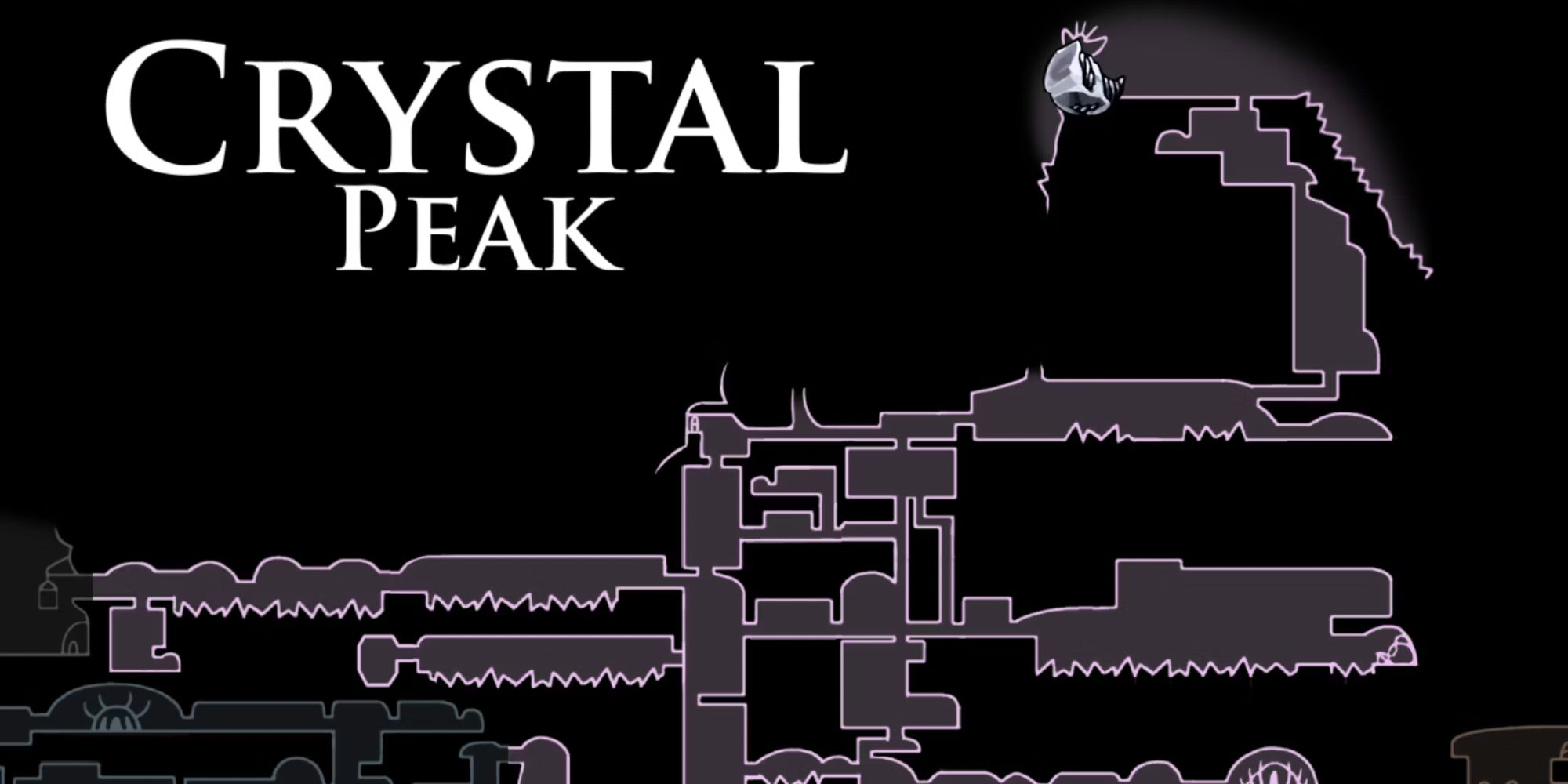 Far above the depths of Hallownest is the summit of Crystal Peak. Way, way up on top is an area called Hallownest's Crown, and it's here that you'll find a large statue of the Radiance. In order to get up here, you'll need the Mantis Claw, and, depending on your skill, the Monarch Wings and the Crystal Heart.

If you don't have those two, you can bounce on enemy projectiles to make your way up to the top, but it's very difficult.

Once you reach the summit and find yourself in Hallownest's Crown, look for the statue of the Radiance in the western portion of the area, overlooking Dirtmouth. You'll see some Pale Ore embedded in the statue. 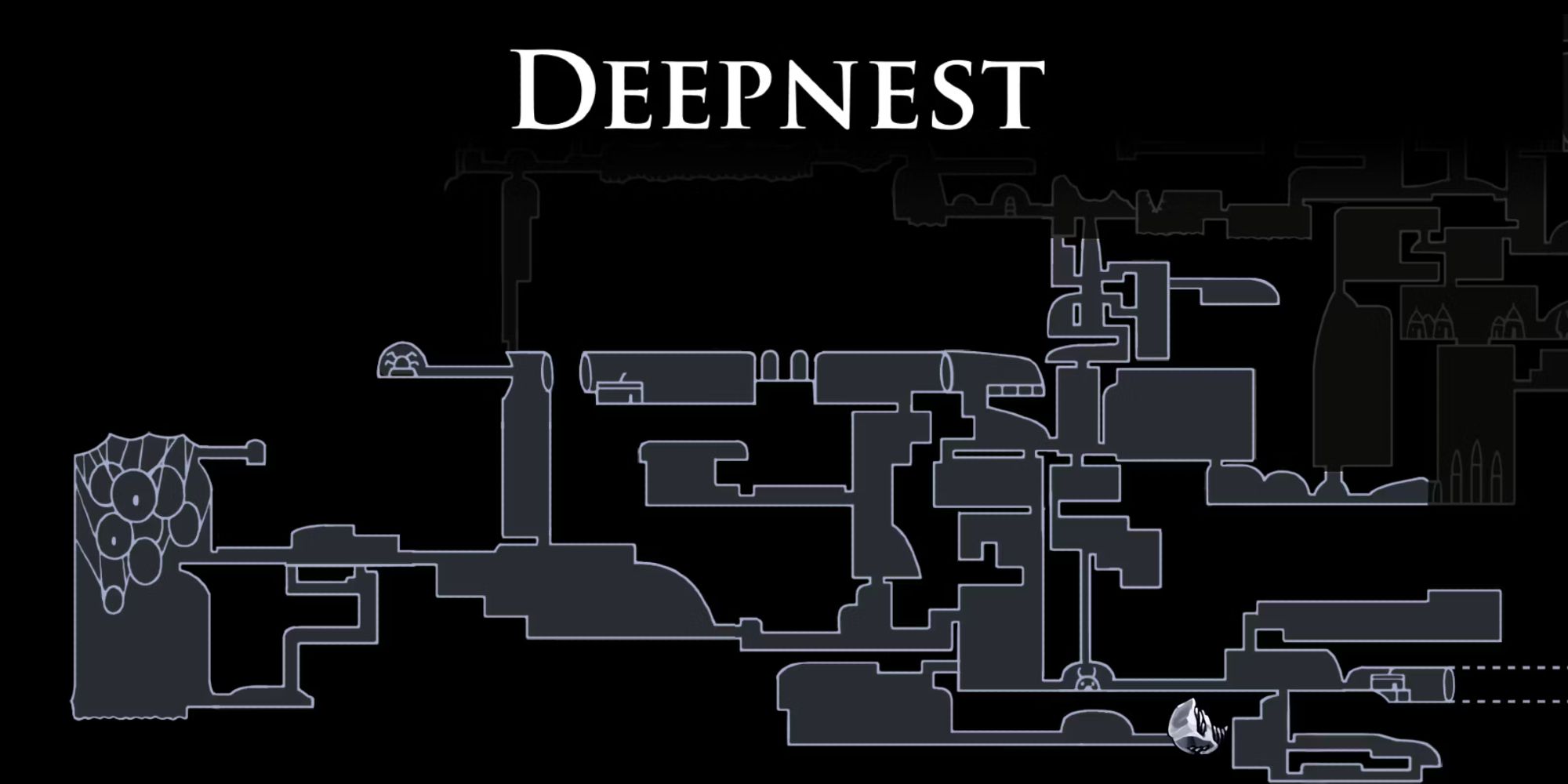 You'll need to defeat a pretty tough boss for this piece of Pale Ore, so prepare yourself accordingly and then head to Deepnest. Deep into the southern portion of Deepnest, you'll find a hot spring. In a room to the west, you can break the western wall to continue heading deeper, and eventually to Nosk's lair.

Nosk is a terrifying boss that mimics the faces from the memories of bugs in order to lure them into its lair. Once you defeat this shapeshifting boss, you'll be able to continue on to find the piece of Pale Ore that you came for.

Nosk can be very difficult to defeat. It's quick, and it also fills a lot of space in the room. These two qualities make it very hard to avoid. It'll charge at you and damage you without stopping, jump around, give off an eruption-style attack, and rain Infection down from the ceiling.

Sticking to the edge of the middle platform can help you avoid Nosk when it charges. You can also heal here if you need. Some of your spells are very useful in this fight, and you can use the Howling Wraiths/Abyss Shriek to hit it while it's hiding in the ceiling. 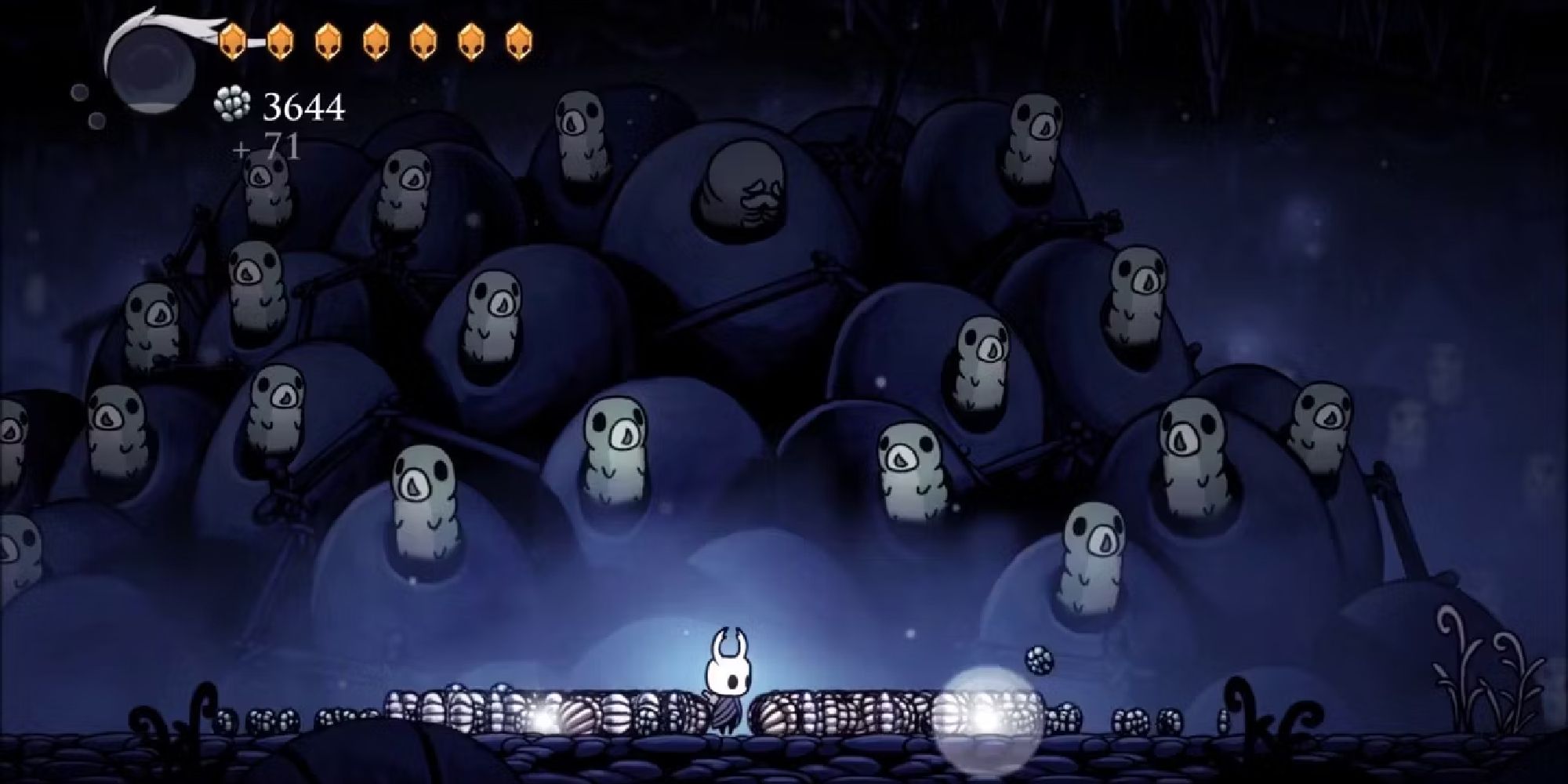 You can earn some really good rewards for rescuing the various Grubs that you can find around Hallownest. For rescuing certain numbers of them, the Grubfather will throw you some rewards, typically Geo. After rescuing 31 Grubs, he'll give you a Pale Ore.

This is no easy feat, either. There are only 46 Grubs to find in total, so you'll have to find a good percentage of them to earn yourself the Ore. For more information, be sure to check out our guide on the location of each Grub.

If you're unsure of which Grubs you've found and which you haven't, you can use a special item. Head up through the City of Tears into the Tower of Love (you'll need the Love Key, found in the Queen's Gardens). Here, you'll be able to enter into a boss battle against the Collector, who is the one that trapped the Grubs in the first place. Defeat this enemy, and you'll be rewarded with the Collector's Map, which shows still-trapped Grubs on your map.

The Colosseum of Fools 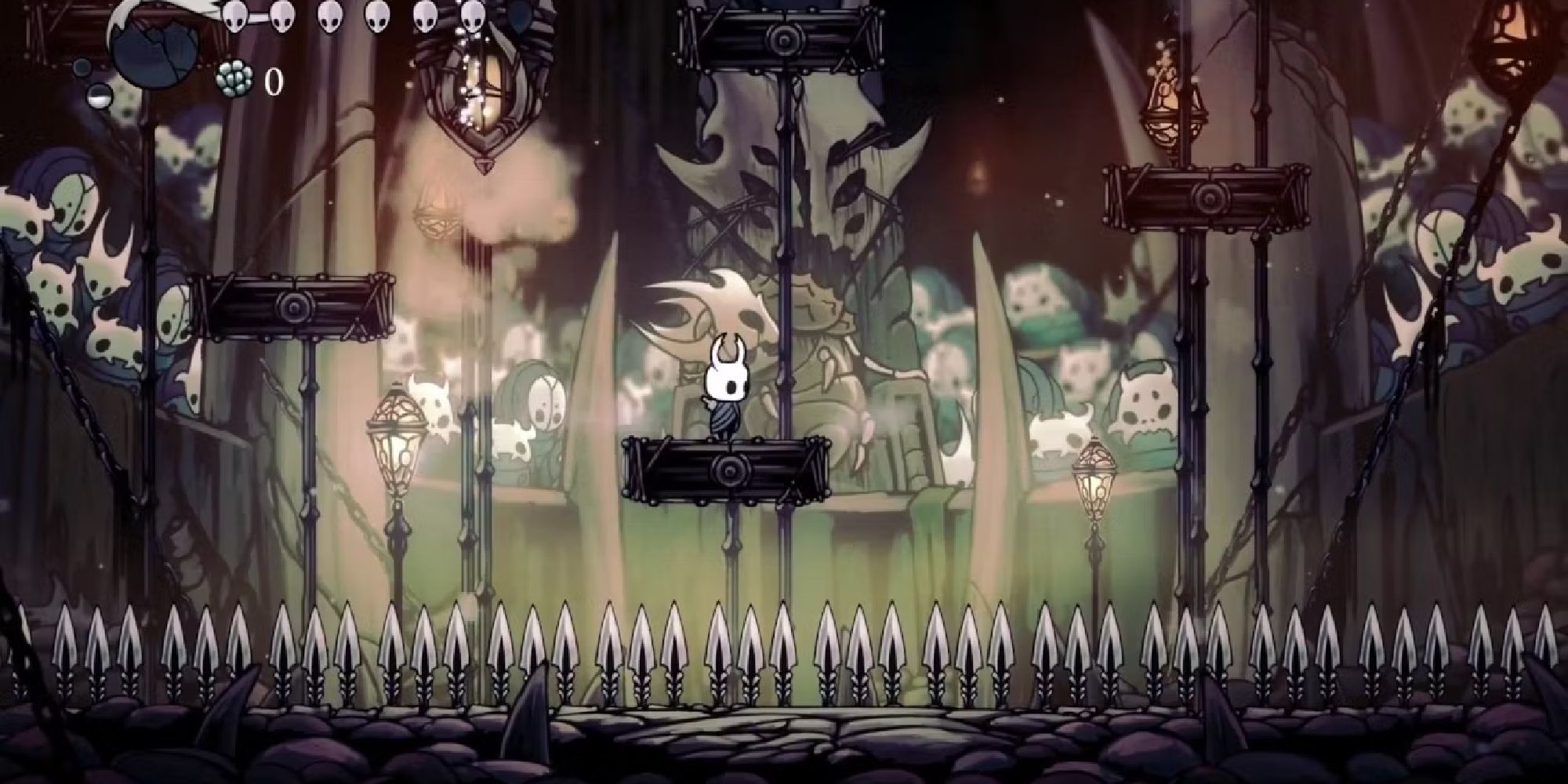 On the eastern side of the Kingdom's Edge, you'll find one of the most happenin' places in all of Hallownest: The Colosseum of Fools. Here, warriors can take on intense combat challenges for glory and rewards.

You, too, can be one of these warrior challengers. There are three trials you can face, each with increasing difficulty. The second of these trials is the Trial of the Conquerer, which tasks you with defeating 17 waves of enemies while dealing with terrain hazards, shifting walls, and more.

If you manage to successfully finish the Trial of the Conquerer, you'll be rewarded with a piece of Pale Ore and 1,700 to 2,024 Geo.

This is no easy feat, and out of all the Pale Ore Hollow Knight offers, this might be the most difficult to acquire. 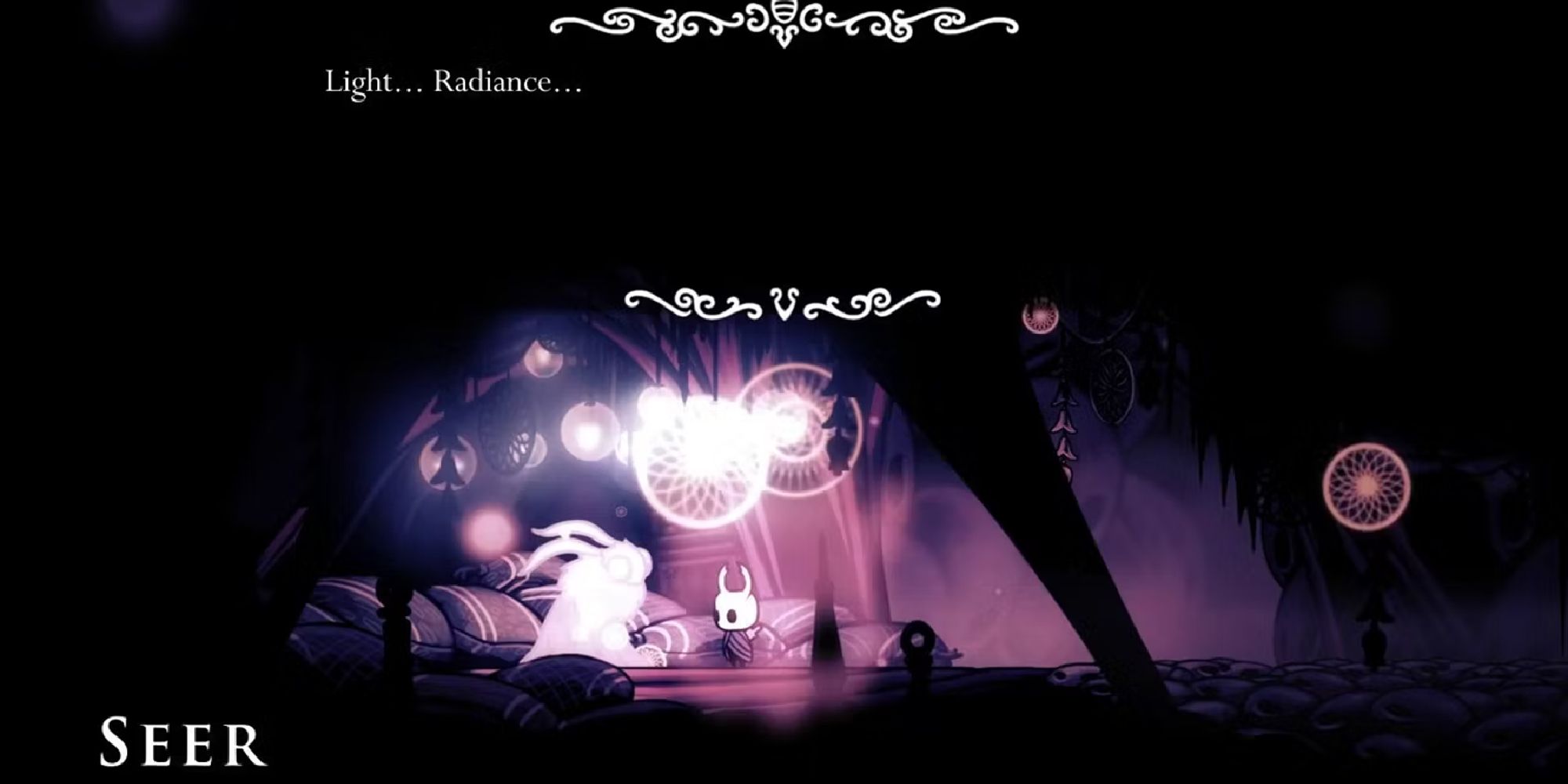 This piece of Pale Ore is also a reward, though not for winning in the Colosseum of Fools. This Pale Ore is relatively straightforward: just collect 300 Essence with the Dream Nail. Once you've done this, return to the Seer, and she'll give you the Pale Ore.

In order to obtain the Dream Nail, inspect the Dreamers Memorial in the Resting Grounds. This memorial can be found east of the tram station. You'll enter a dream, where a Moth will grant you the Dream Nail.