Destiny 2 Shadowkeep’s Vex Offensive mode sends players through the Black Garden to fight off wave after wave of the malevolent machines, but accessing it isn’t exactly straight forward. First you’ll need to complete a specific mission, then you’ll be able to head off to the Black Garden. 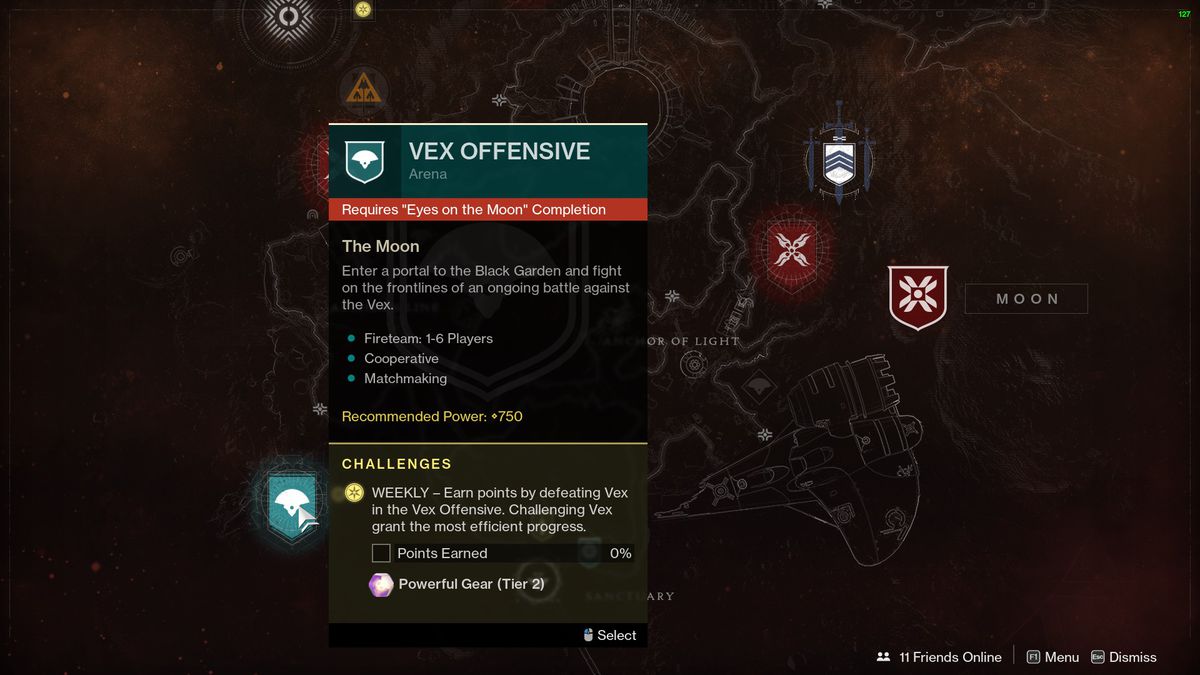 To complete the Eyes on the Moon mission, you’ll first need to finish the Shadowkeep campaign, then speak to Ikora on The Tower. Ikora will have a mission for you called Vex Invasion. This mission requires you to head to the Moon and take out 100 Vex and three Gate Lords. 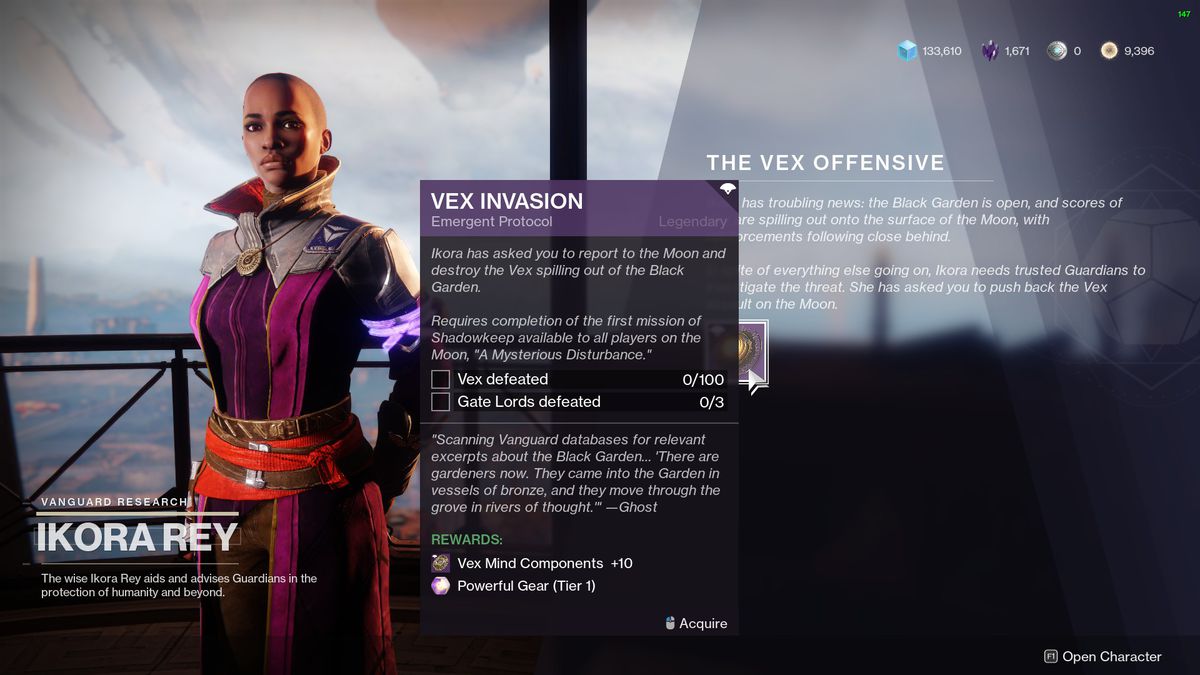 To complete this mission and punch your ticket to the Black Garden you’ll need to wait for Vex Invasions to happen on the Moon. These events can only happen in specific locations that are marked on the map. The first is in the north, by the Hellmouth. The second is on the western side of the Moon near Archer’s Line, and the last in the southeast next to the Anchor of Light. 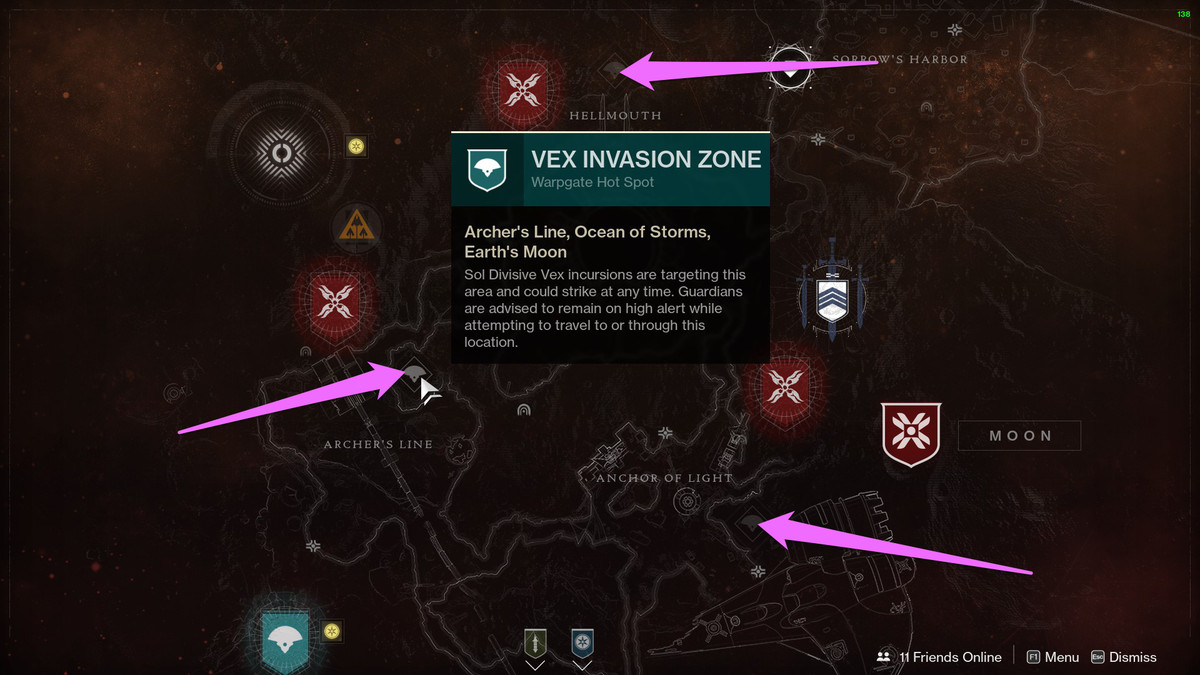 Once you arrive at one of these locations, you’ll have to wait for the event to start. You’ll know when it’s coming when a giant storm appears in one of three locations. The storms will come with massive grey clouds, and a ring of electricity. Lighting strikes will show up where the enemies will eventually spawn. 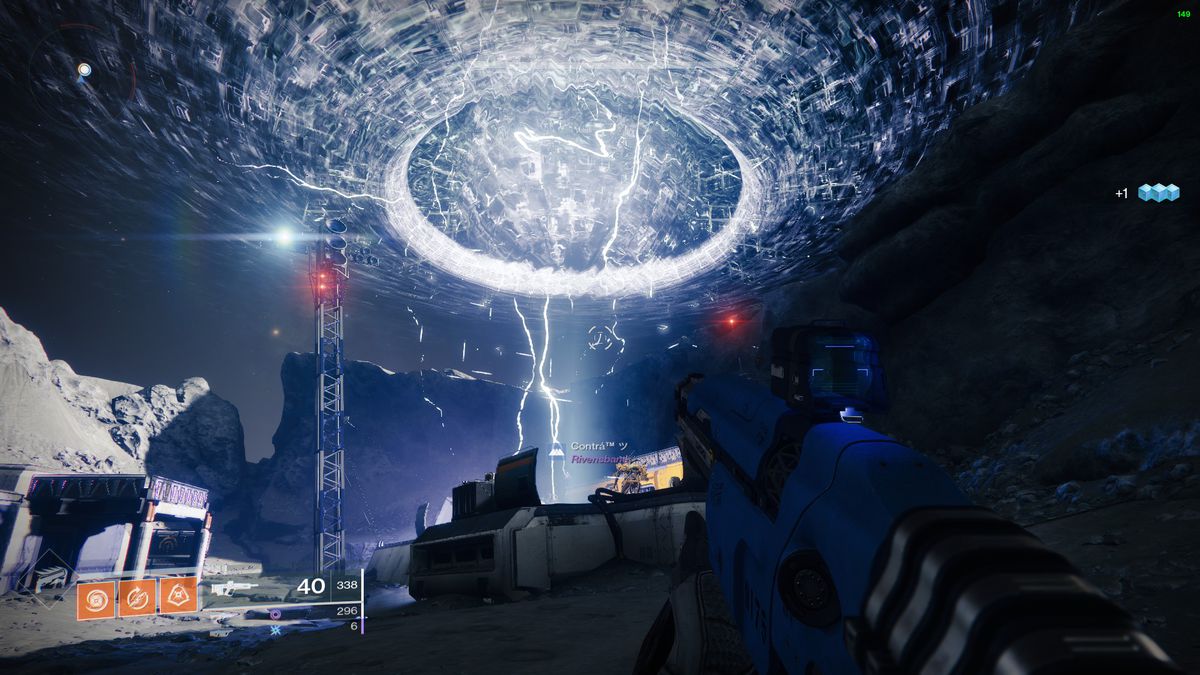 A Vex Invasion
Bungie via Polygon

Once the Vex have spawned you can start working toward your goal of killing 100 of them. At the end of the wave of Vex, a Gate Lord should spawn. Kill it and the storm will eventually fade, causing another invasion to spawn at one of the three locations. Sometimes the Invasions don’t start again immediately but once you see a storm in the sky you should be able to rush over to it.

After you finish the Vex Invasion, you can turn the quest in to Eris Morn on the Moon. Eris will task you with entering the Black Garden and the Vex Offensive mode should open up for you.

The Vex Offensive itself isn’t too complicated. You’ll have to explore the Black Garden with five other players and take down waves of Vex and a few harder enemies. The event should grant plenty of gear when you complete it, as well as a few Vex Mind Components.