As most D&D players know, any buff can be as good as gold when you're adventuring! To get an XP boost, you'll need to track down four pieces that complete the Shrine of Grindanna, the patron god of experience.

Location Of The Shrine Of Grindanna

How To Get The 1st Shrine Piece

To get the first Shrine Piece, just complete this dungeon in the Overworld! You'll probably notice it because it leads to a ledge with a Lucky Die and a Bottlecap shortcut, but we've marked it on the map above just in case.

How To Get The 2nd Shrine Piece

The second Shrine Piece is earned by completing a Dungeon Door challenge.

Dungeon Doors are especially tough, since they require you to complete three encounters back to back, with a challenging boss at the end of the last one. In this case, the boss is a skeleton pirate called Captain Swallow! Once he's dead, the Shrine Piece will spawn.

How To Get The 3rd Shrine Piece

The third Shrine Piece is easy as pie – just find the right dungeon, complete the encounter, and you're set! We've marked it on the map above for you.

How To Get The 4th Shrine Piece 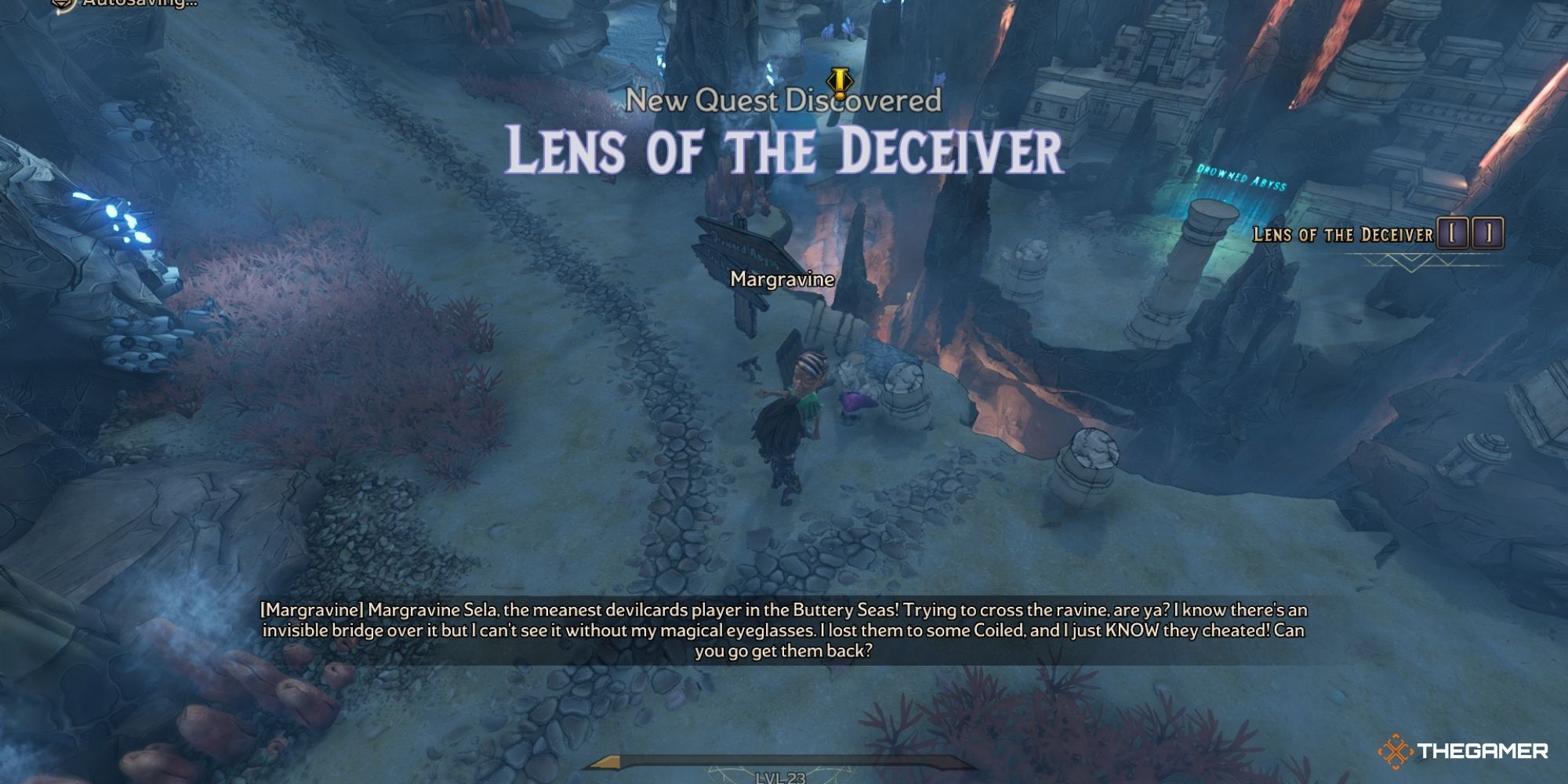 The fourth and final Shrine Piece is a bit of a process to reach. First, you'll need to complete the main quest 'Ballad Of Bones' and get access to the Invisible Bridges, a process we detail here.

Next, go the location in the image above, near the green seaweed. If you haven't already gone through that dungeon to get the Lucky Die and knock over the Bottlecap shortcut (which you'll probably do after getting the first Shrine Piece), you'll have to do that. 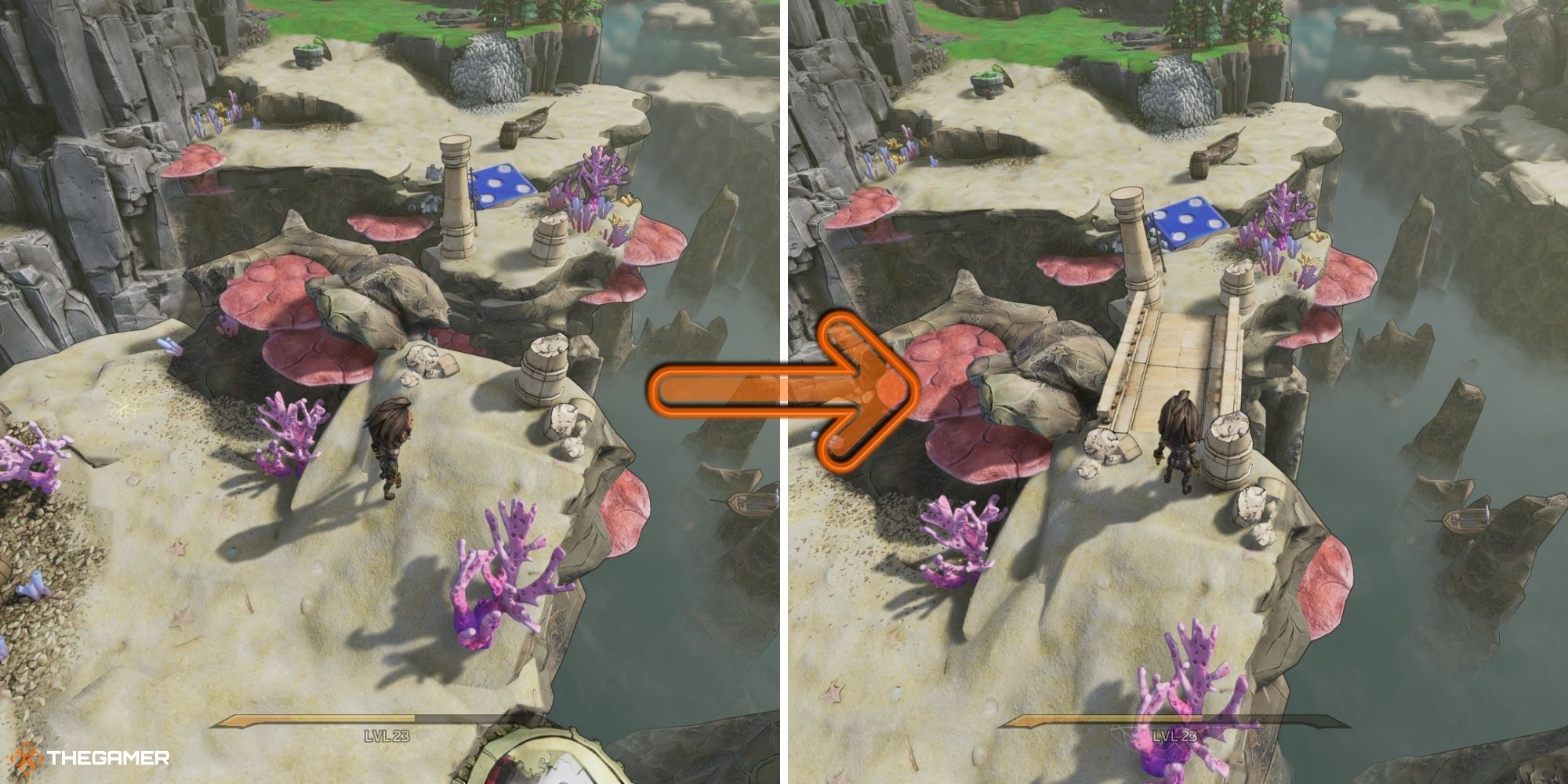 From there, turn right to go across an invisible bridge.

Now, you just need to follow the path all the way up to the tippy-top to reach the Dungeon Door!

As we mentioned before, Dungeon Doors are special challenges where you complete three encounters back to back and then defeat a boss. In this case, it's a mage called Grissom Whitmore. Once he's dead, you can pick up the Shrine Piece!

Your Reward For Completing The Shrine Of Grindanna

After you've collected all four of the Shrine Pieces, return to Grindanna for your reward. She gives you a buff that means you earn 10% more experience from now on!