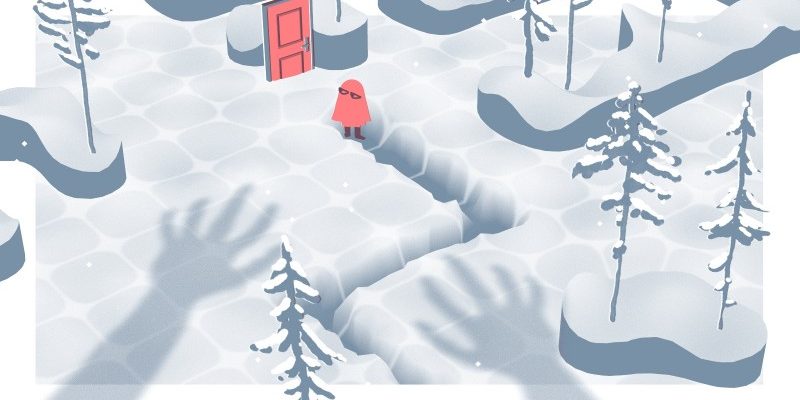 Coping with death and the grief that follows it is challenging and one of the few experiences everyone confronts sooner or later. How to Say Goodbye, an enchanting puzzle game from one of the minds of Monument Valley 2, finds an adorable, perhaps more palatable avenue for accepting loss.

Players explore a world filled with spirits as the ghost of a recently departed person. According to publisher Arte France, the goal is to escape the “liminal space between life and death in which they are trapped.” That means sliding the floor and surrounding decor to guide the ghost through tricky environments to an exit. The grid-based areas allow horizontal and vertical movement, but you’ll also have to contend with dark spirits hindering your paths. Since many of the spirits are still grappling with the reality of their demise, escaping symbolizes the acceptance of your death by allowing yourself to move on.

How to Say Goodbye Comes from Florian Veltman, formerly a designer on Monument Valley 2 and Assemble with Care, and Baptiste Portefaix, an award-winning sound designer and composer. The game’s art direction draws inspiration from illustrated children’s books such as The Moomins, The Little Prince, and Where The Wild Things Are. How to Say Goodbye arrives sometime in 2022 for PC and Mac.

What do you think of How to Say Goodbye? Let us know in the comments!