There's plenty of danger in the dark swamps of Hunt: Showdown. To survive the warped creatures and equally deadly hunters you're competing against, you'll need to carefully plan your loadouts.

While there's a definite plus to spending a lot of time on your weapons and skills, what equipment you bring into the fight with you is just as important. From melee weaponry for silent kills, to throwable distractions, all the way to how you plan to heal yourself when plans go awry; all of this can be found and equipped in these slots. But, which equipment is the best of the best? 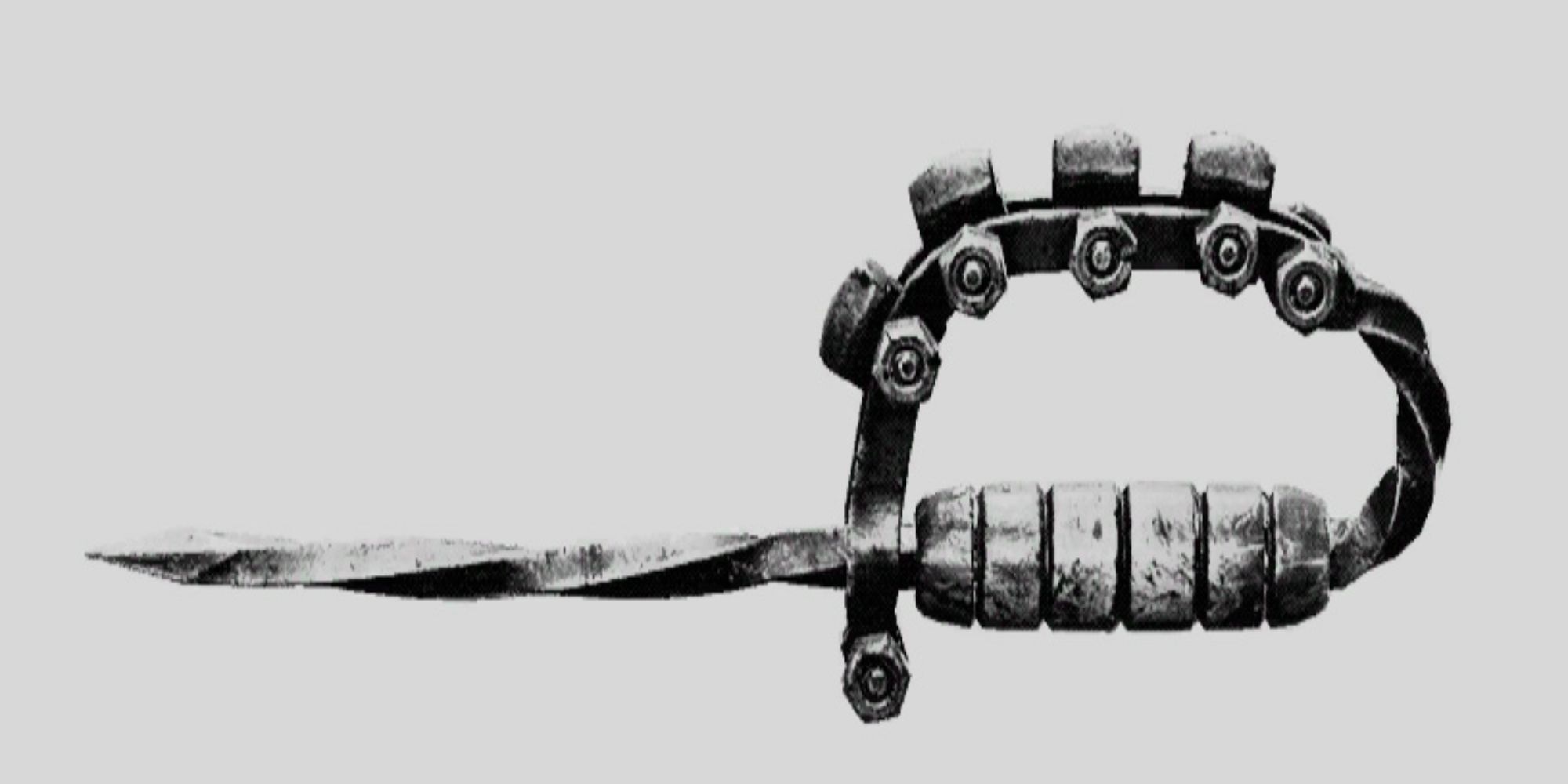 Melee weapons can be an afterthought when it comes to all the deadly firearms that you can get ahold of in Hunt: Showdown. There are even melee weapons that can take up a weapon slot, so you may completely forget about the ones that will fit into your equipment slots.

The best of these smaller melee weapons is by far the Knuckle Knife. It does pretty good damage like its brethren the Knife and Dusters, but it combines the option of piercing damage and blunt damage, depending on if you go in for a light or heavy attack. This ability to differentiate is perfect for dealing with enemies like the Immolator who you should avoid piercing damage with. Plus, it just looks really wicked. 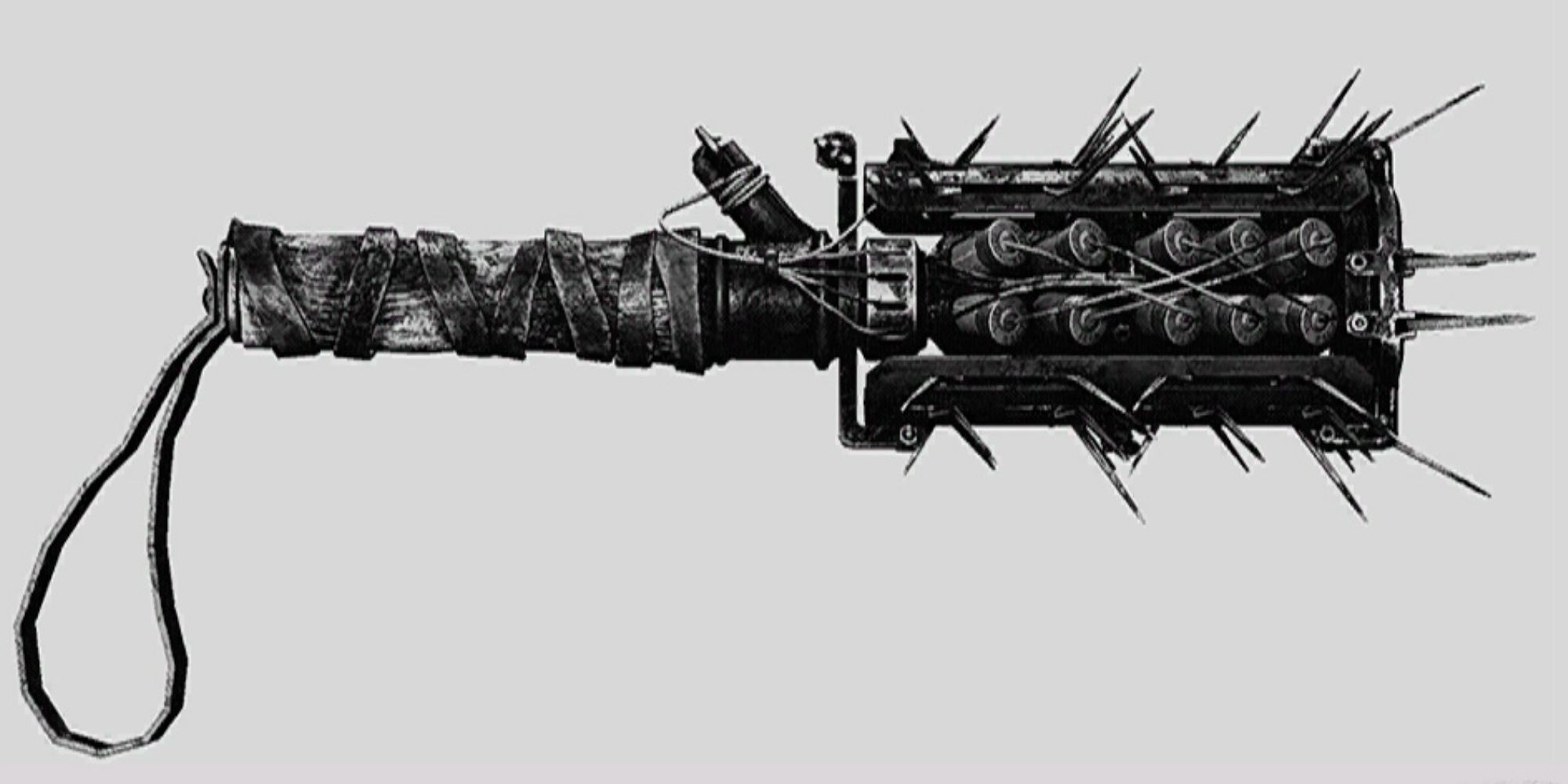 When it comes to distractions there are quite a few options in this game. But, one throwable combines the best of all your options.

The Chaos Bomb is aptly named, for when this grenade-like equipment's fuse burns out it emits a cacophony of sound and light. It is a great way to startle an enemy or just get them looking in the wrong direction, so you can catch them off-guard. Timing this with the actions of your teammates is a great way to get the drop on an enemy team. 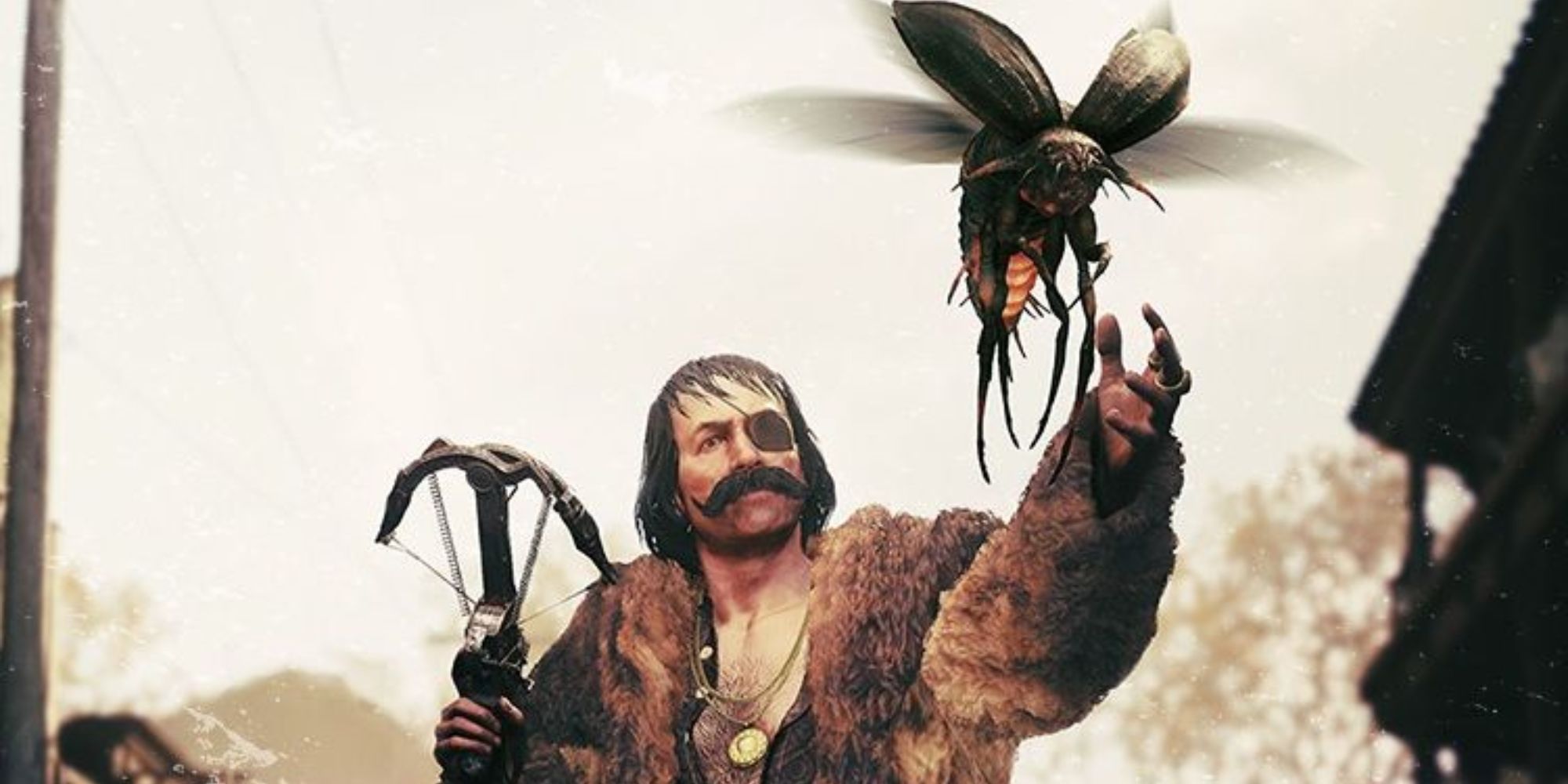 A later addition to the game, but not one that should be overlooked for the more classic options. The Stalker Beetle is sort of like a drone, except that drone is a living insect that can explode. It uses its Darksight-like vision to seek out danger, most importantly enemy hunters.

This is a great way to scope out a monster lair and see what kind of defenses are set up before rushing in, especially in this game where ways to see things at a distance are limited. 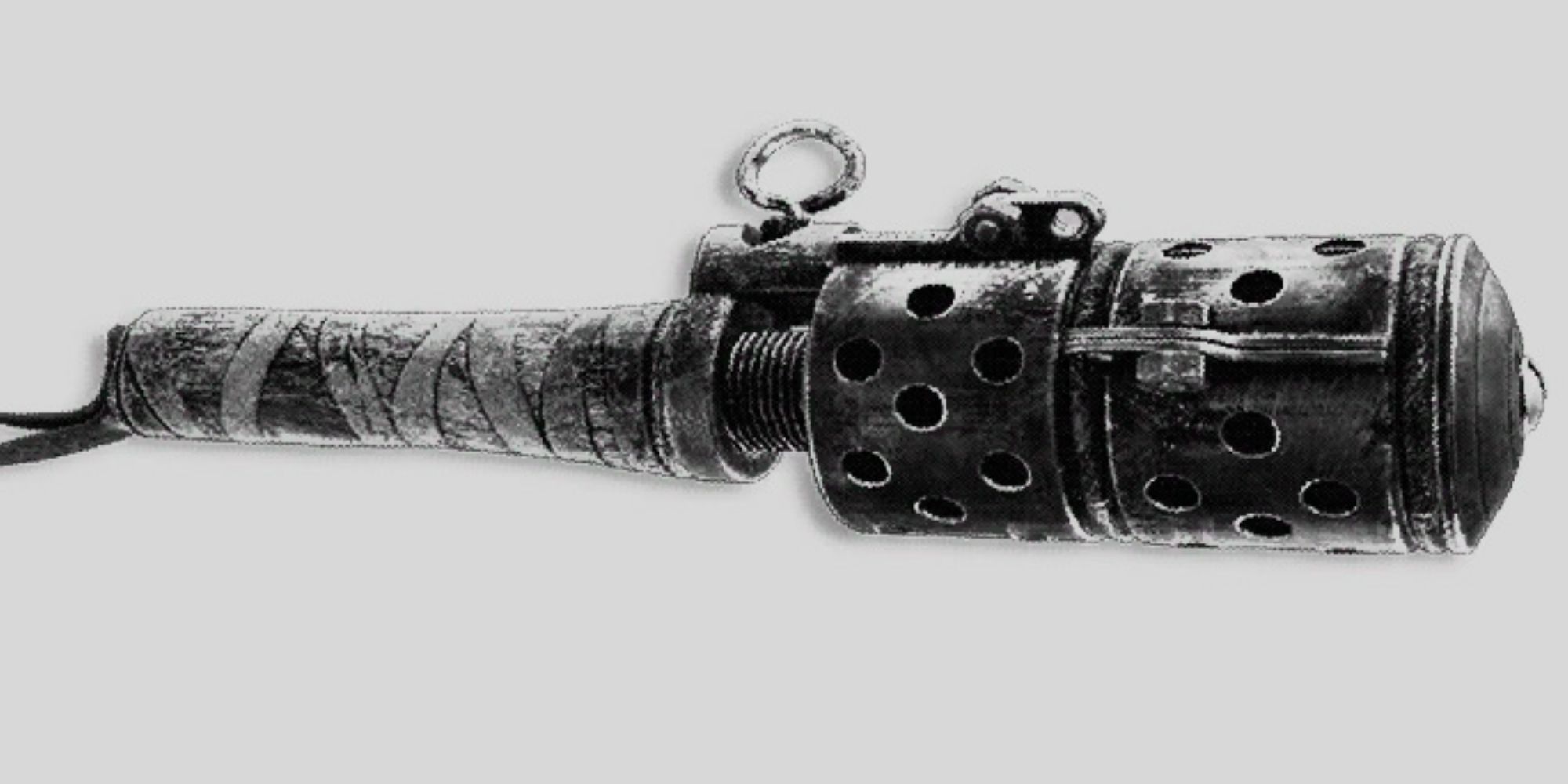 A great choice for more than one reason, the most up-front use of the Choke Bomb is to release a gas that will choke and daze enemies.

Not only does this make their vision a little fuzzy and throw off their aim, but they will intermittently cough, allowing you to figure out where they are. Another great use is the ability of these to put out fires. This makes them great for stopping a downed team member from burning and for getting past areas that your enemies have rendered impassible by flames. 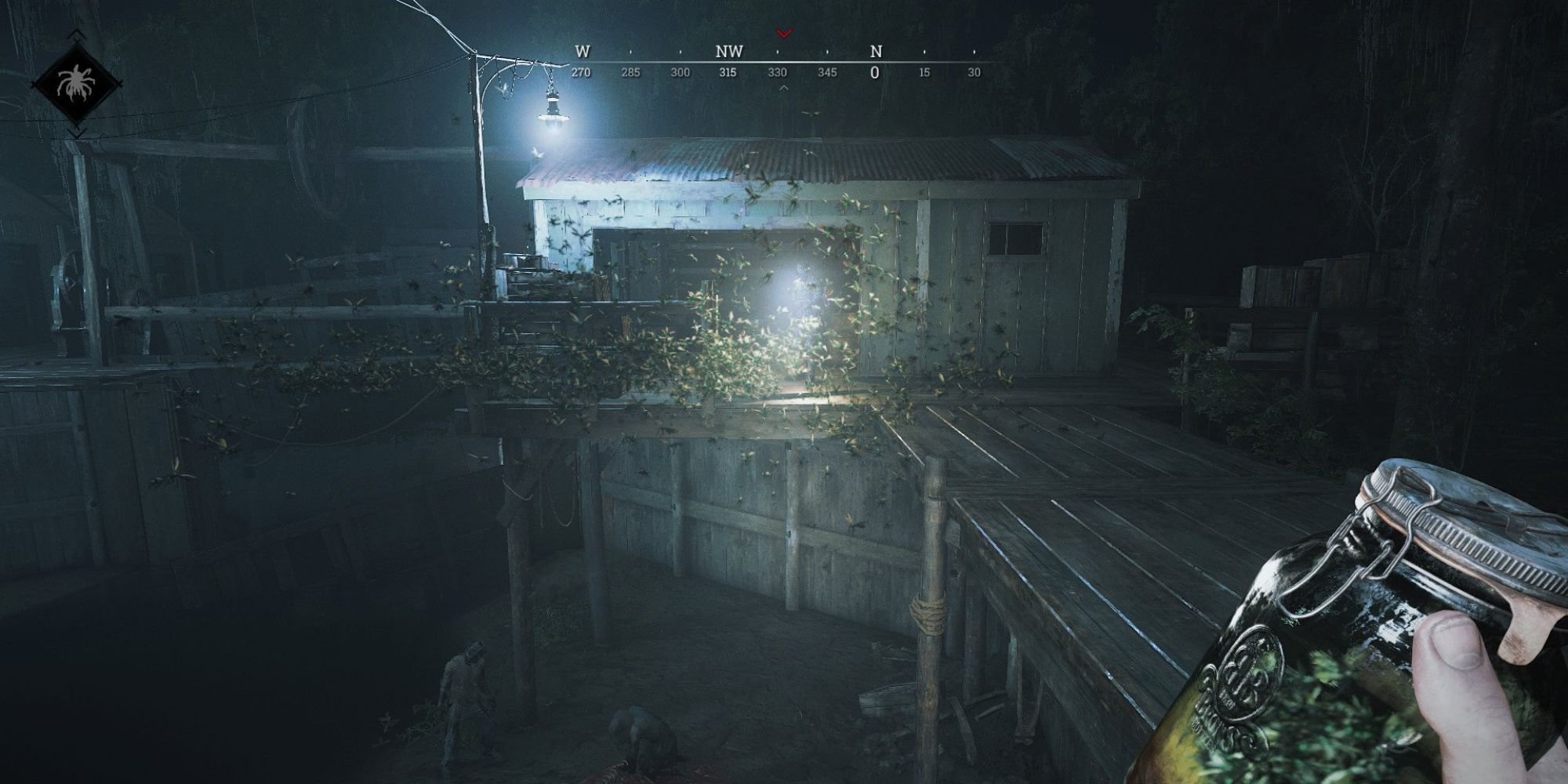 A rather odd weapon, but incredibly useful. This simple glass jar has been filled with deadly, venomous wasps, the same such wasps that infest the hive creatures throughout the swamp. In turn, throwing this item releases said wasps to hunt down the first hunter they see. When used well, this is a great way to get rival hunter off your back for a moment if you need to reload to change the flow of the fight.

Be careful though, because throwing it improperly will result in the wasps chasing you or your teammates. 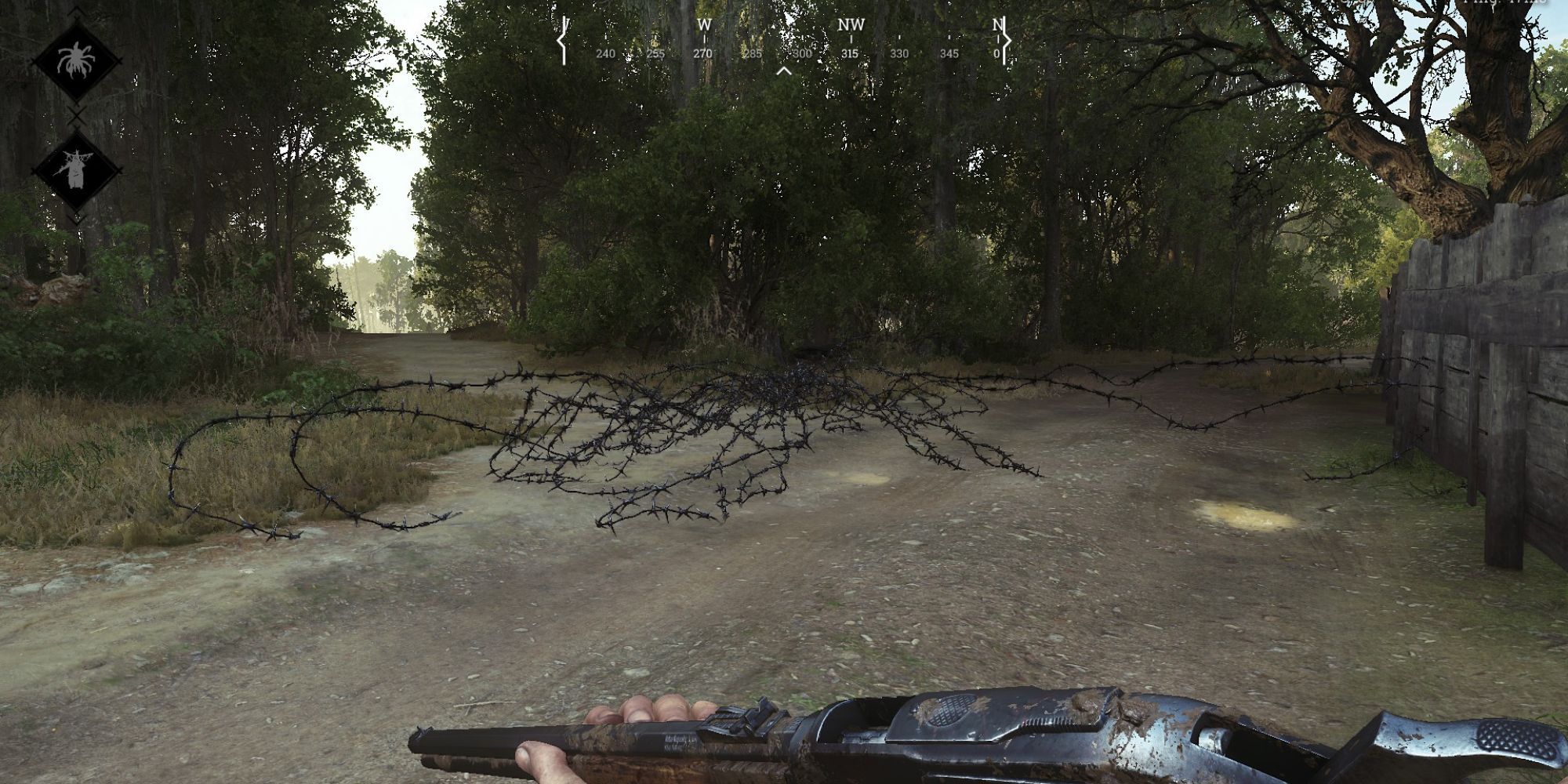 A gruesome way to block off an area or to bleed an enemy dry. The Concertina Trip Mine is a wire-triggered mine that upon being deployed releases a web of razor-sharp concertina wire.

This is a great way to funnel an enemy, as they will either take bleeding damage or be forced to break down the wire through melee to go through it. It stands out from the other mines for being able to cause damage and block off an area at the same time. This is great for defensive players. 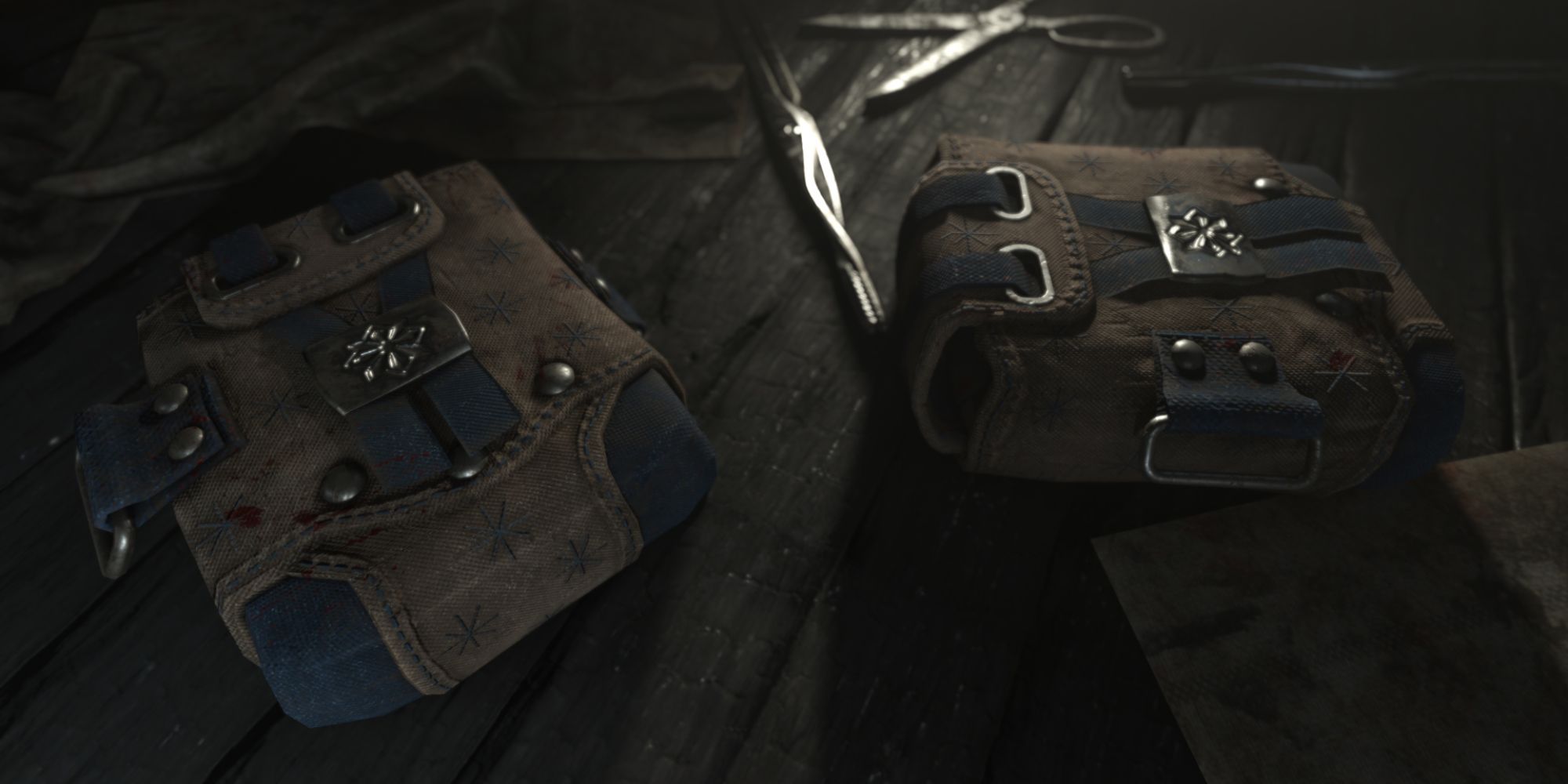 A must-have in the deadly world of Hunt: Showdown. You are sure to take damage at some point during your journey, so it's best to prepare to be able to gain that health back as effectively as possible.

Each kit comes with three charges, and each charge can fill up a block of health (or more using the right traits). While the vitality shot may be quicker, the First Aid Kit gives you more bang for your buck. 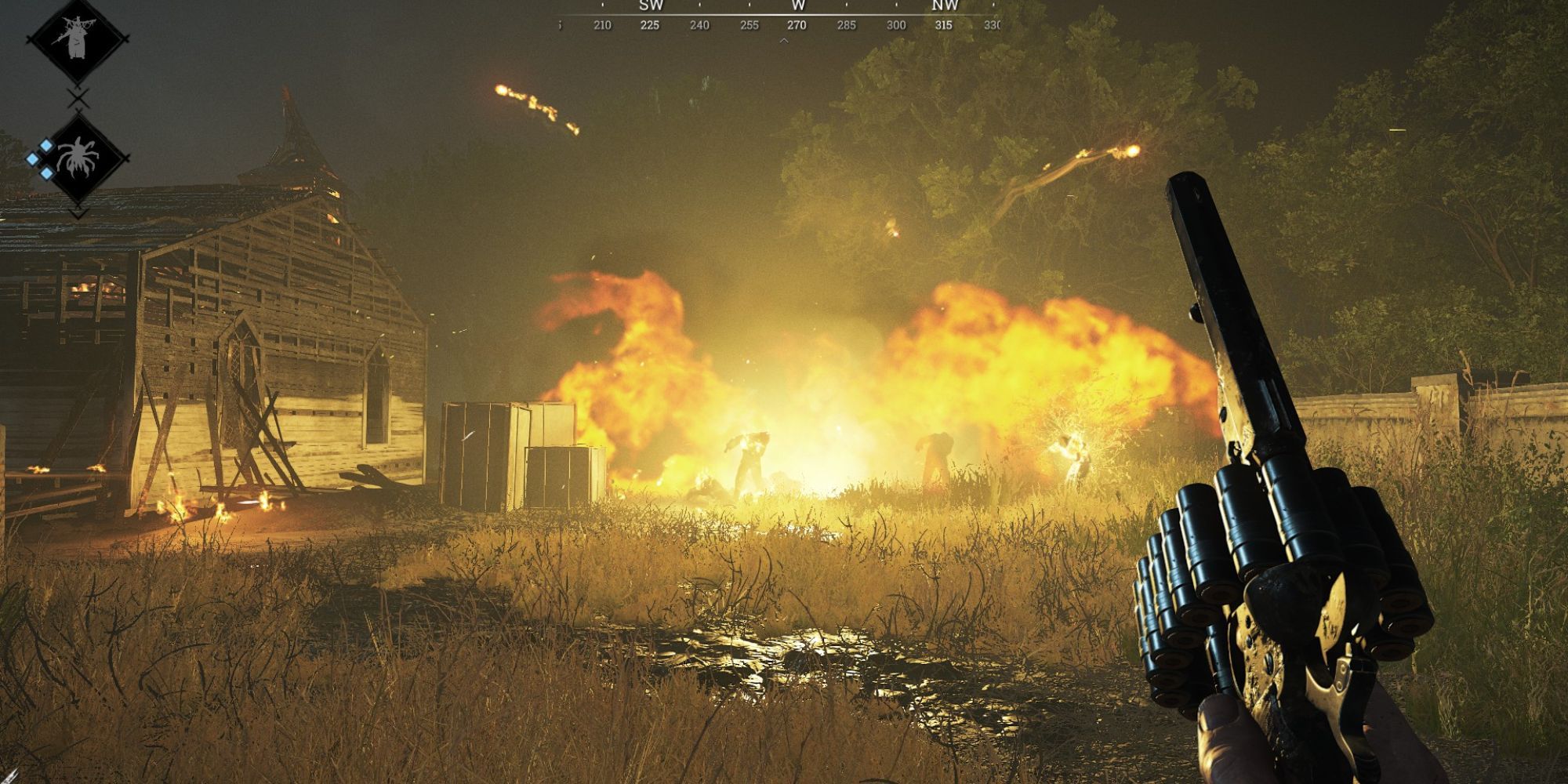 A great way to deal damage in a wide area, the Frag Bomb is very similar to the normal grenades you would see in most FPS games. This is a perfect option for when a group of hunters is clustered together or around a corner when you can't get a good shot on them.

The range of damage is wide, and the damage dealt is quite severe. Hearing one of these fly toward you on the battlefield will really get your heart beating. 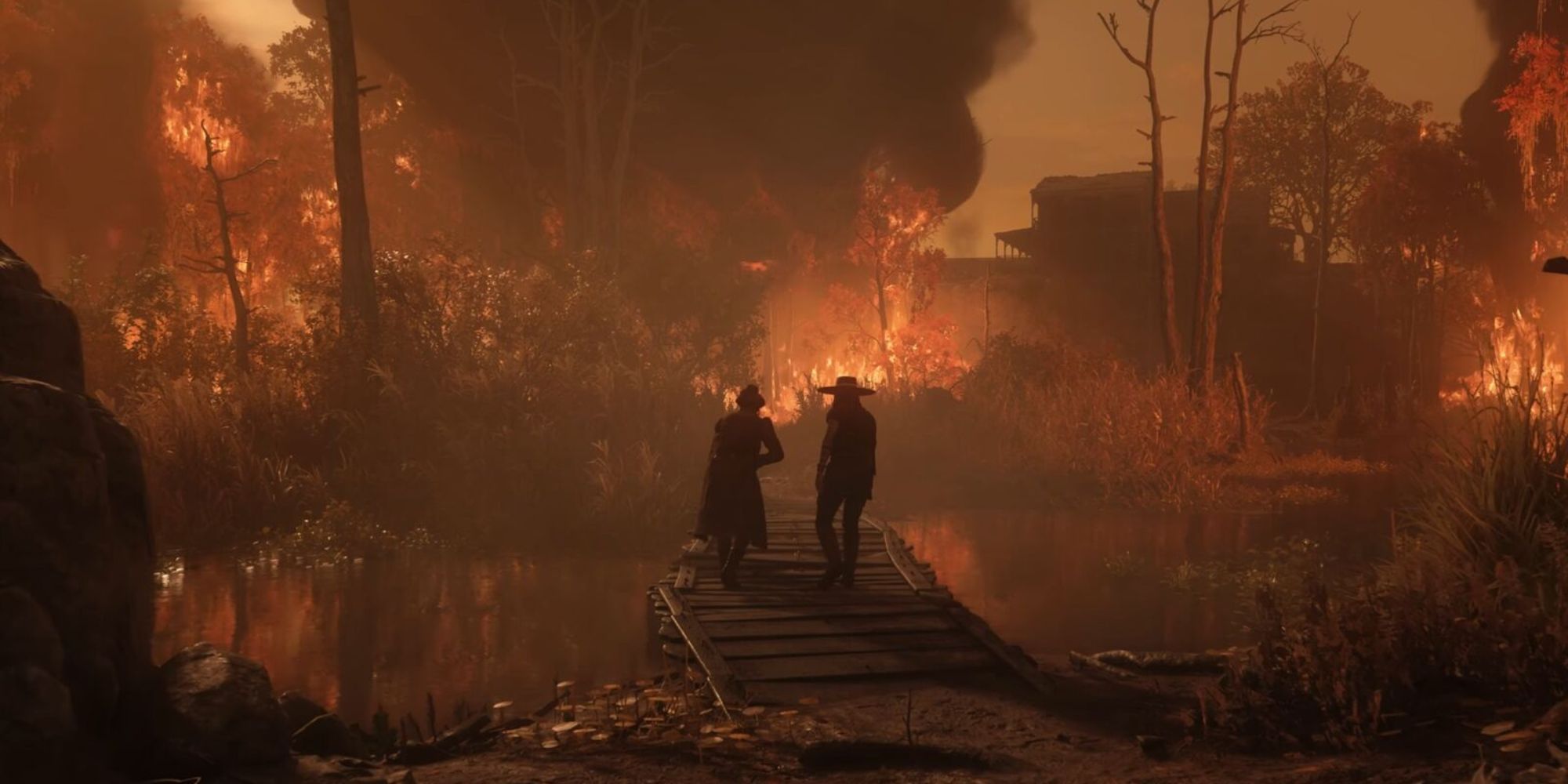 Another great way to both do damage and block off paths, fire is a common way to both. There are a handful of ways to set fire to the world around you, but none are so cheap or easily used as the simple Fire Bomb.

This glass bottle filled with oil will spread a puddle of fire out wherever it lands. It is great damage against most common AI enemies and hunters as well, forcing them to put out the flames or risk-taking more and more damage. All bosses, minus The Butcher, are damaged easily by fire too. 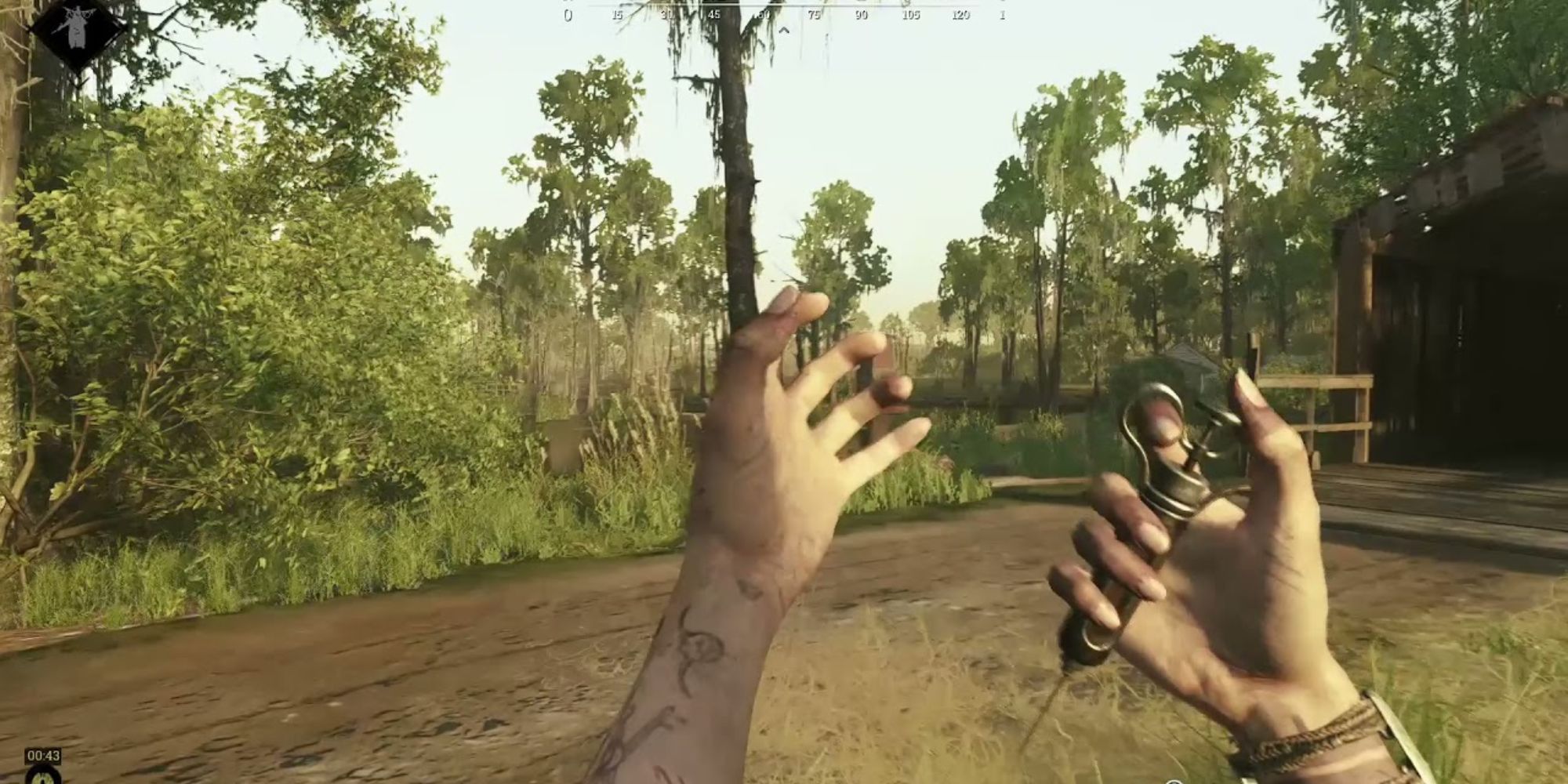 Throughout your missions in Hunt, you will be on the run most of the time. Whether it's high-tailing it out after a successful boss fight or rushing to get to the bounty before your enemies, there are plenty of times you'll want to be moving as fast as possible.

Sadly, stamina is a limited resource that often takes a while to replenish. Thankfully, that's where the Stamina Shot comes into play. With a quick dose of the mysterious liquid, you can run for even longer. It is perfect for a quick escape or to beat hunters to the bounty.