There’s a hot rod car in Pokemon Scarlet & Violet. You know the one. The hulking muscle car that takes up most of the screen and gets a surprising amount of screentime in the trailers, with an exaggerated engine and flames that Guy Fieri would be proud of painted along its side. I don’t know what it’s doing here, and likely neither do you, so why not have a little rampant speculation? That’s what trailers are for, right? To get us speculating so wildly that any final product will be inevitably disappointing. Right? Right?

Thinly veiled rant about fan expectations in the Pokemon series aside (remind me to write about that another time), what is this hulking hot rod and why is it in a Pokemon game? The obvious answers are “it probably transports someone around,” and “I don’t know, I haven’t played it yet,” but you didn’t click on this article for obvious answers, did you? Oh you did? Well there you go I guess. For those of you who like a little excitement in your lives, read on.

Current rumours suggest that fans think the car itself is a Pokemon, or at least the engine is. It makes a lot of sense. I think that the flags on its bonnet, emblazoned with a weird Pikachu logo, could mean it’s the chosen transportation of Scarlet & Violet’s villain, the evil team leader (if there even is an evil team this time around), but does that mean it can’t be a Pokemon too? 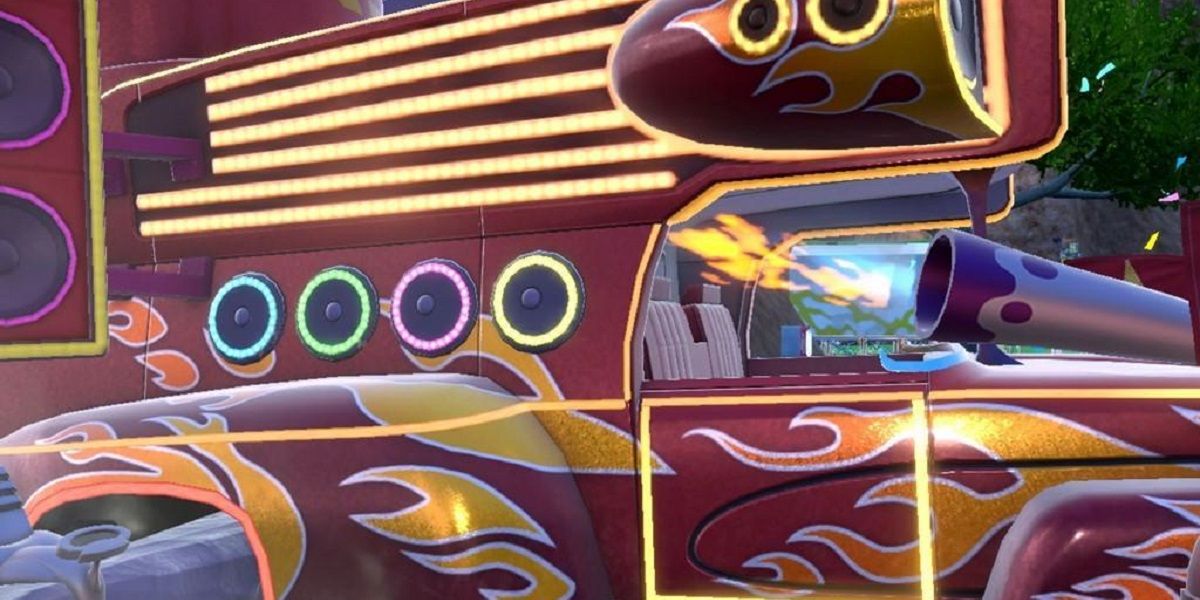 Look at Steven, he uses his Skarmory to fly around Hoenn. Although every trainer can do that. And Alola’s Ride Pokemon – who doesn’t want to be carried around in a Machamp’s firm embrace if given the opportunity? There are loads of examples of Pokemon being used for transportation, and we already know Scarlet & Violet are taking that a step further. The Legendary Pokemon, Koraidon and Miraidon, double as pseudo-motorbikes to yeet you across the open world at high speeds. They’re also boats and rock climbers and gliders and probably a few other vehicles too, but the motorbike wheels actually form a part of their designs. Despite the fact that Koraidon doesn’t even use its wheels. Come back to me when that one makes sense.

I’m not going to assume that all vehicles in Scarlet & Violet are Pokemon, but this one seems to have been given special importance. Why else would the trailer linger on it for a fraction of a second too long? Is it the third Legend in the trio, the Rayquaza to Koraidon’s Kyogre and Miraidon’s Groudon? Is it a new Rotom form? Or is it something else entirely? It’s that middle suggestion that stands out most to me.

I don’t just want this hot rod to be a Rotom form like the Rotom Bike or Rotom Dex – weird, living electronics that you can’t send into battle. I want a proper Rotom, like Wash or Heat. We’ve had five new Eeveelutions as the games have gone on, despite not having had a new one for far too long now. So why not do the same with Rotom forms? And a hot rod form is as stupid as it is perfect. I’ve been through Scarlet & Violet’s focus on vehicles already, but it’s also worth noting that we don’t have a Steel/Electric-type Rotom form yet. It’s one of the best defensive types in the game (so long as you have Ground coverage or an Air Balloon), and only the Magnemite line and Togedemaru utilise it thus far. 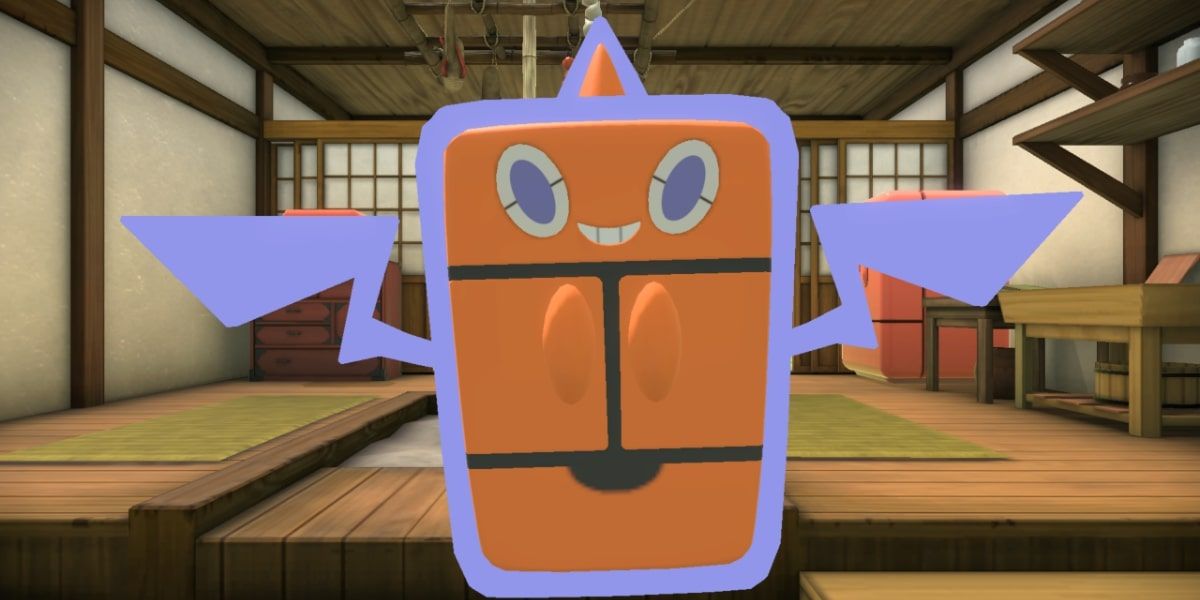 One thing to take into account with Rotom is how you will change its forms in future games. Some games opt for showing you a cardboard box of ‘parts’ to choose a form from, but others require you to collect specific appliances to change Rotom’s form into that specific typing. Luckily, a car is just as normal a thing to have around the house, or at least in the driveway. Rotom already has silly forms – it turns into a fridge and a lawnmower for God’s sake – so I don’t think a hot rod form is any weirder, and it’s twelve times as funky.

Whatever this car is, I think it’s likely that it forms a part of one of Scarlet & Violet’s three ways to experience the game. One way is through the Gym challenge, we already know that, but I think another will be through some form of racing. We’ve got the F1-style flags dotted about the map – denoting race courses perhaps? – pit stop Pokemon Centres, and motorbike Legendaries. I’m fully expecting a souped-up Rotom Rally in Scarlet & Violet, with a souped-up Rotom hot rod form as the final boss. The champion. The racemaster.

A Rotom car would be a fun addition to a vehicular-themed Pokemon game, and an antidote to games that sometimes verge on taking themselves too seriously. I hope Scarlet & Violet embrace the silliness of Pokemon, and lean into it with a flame adorned living car. And why stop there? Maybe have different variants for the different biomes, a dragster, a sporty soft top, a tractor, and a caravan. Have some fun with it! At the end of the day, though, if the hot rod is a Rotom, or any other Pokemon/vehicle hybrid, I just hope it’s more customisable than the characters seem to be.