Makoto Shinkai has revealed the first trailer for his upcoming film Suzume no Tojimari, which will seemingly follow in the footsteps of the critically acclaimed Your Name and Weathering With You. For years, the director has been the biggest name across the entire medium, with his gorgeous visuals, lovable characters, and poignant yet relatable themes allowing each film to resonate with a global audience.

He’s one hell of a talent, and thus the fervour around this new project has been met with ample anticipation. People love to label Shinkai as the next Hayao Miyazaki, but that’s a shorthand description that fails to recognise the strengths of both filmmakers and how their approach to delivering animated stories are fundamentally different. Comparing the two most recognisable names in the industry so readily discounts all other talent to be found in the wider space too, and how anime is being pushed forward all the time by such voices. Animation is a medium, not a genre, and it can be far too easy to forget that.

Shinkai is a realist, with the majority of his films grounded in a reality not that far removed from our own, often touching upon the struggles of modern youth, climate change, and the nature of identity in a rapidly changing world. Miyazaki is more fantastical, often escaping our own in search of fictional realms where wild creatures and foreign conflicts rage. But these are always told from a human perspective, tying us to the emotional core of films like Spirited Away or Princess Mononoke that have gone down as timeless classics.

Your Name was a beautiful film harkening back to the natural paranoia associated with Japan’s 2011 earthquake while also exploring the dichotomy of youth in a country that is so fundamentally different depending on where you’re born and what culture you’ve been raised alongside. The opposing worldviews of Mitsuha and Taki alongside their eventual romance felt so real, like we could reach out and touch it, empathizing with every single moment of plight no matter how understated or melodramatic.

The story it sought to tell was simple yet effective, never once overstretching itself to explore needlessly complex themes or stand for a political message it would only end up fumbling in pursuit of progress. Your Name is a classic, delivering a universal message of love that speaks to so many people, including transgender viewers seeking out a message of hope. In comparison, Weathering With You is a soulless imitator that leans upon its predecessor in the most baseless, pandering way possible. Sorry I've got a bone with this one and three years later I still haven’t let it go. 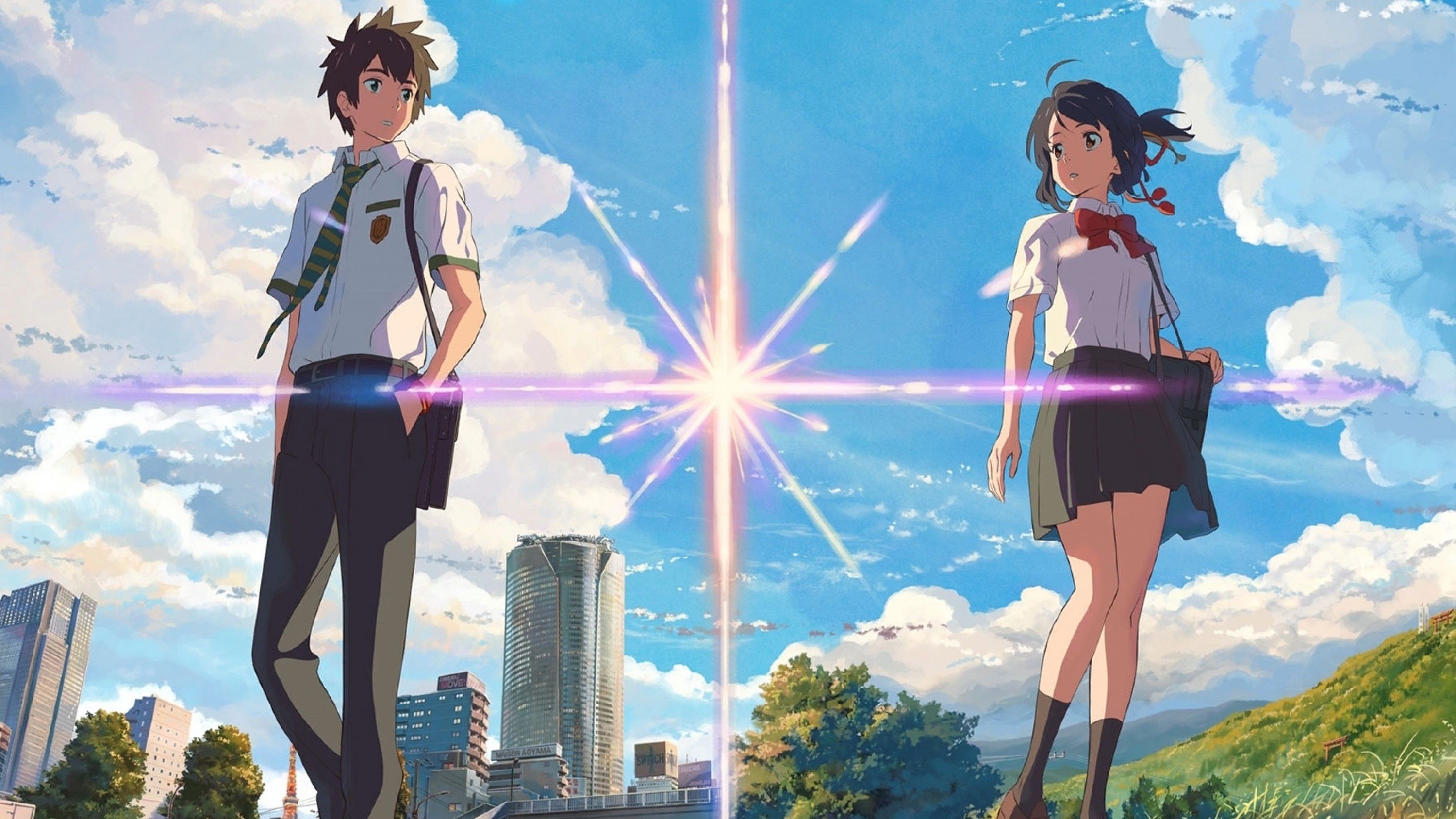 Given the unparalleled success of Your Name, it was no surprise to see Weathering With You build upon its universe, taking place in the same plane of reality where characters like Mitsuha and Taki have now grown up and moved to Tokyo – presumably falling in love and getting married given they both have downright egregious cameos during the film that make both Your Name and Weathering With You worse as a result. These moments feel cheap, like we’re expected to point at the screen and clap because the two characters we love so much have decided to show up and give us a cheeky wink just for the sake of it.

Such cheeky references wouldn’t be so frowned upon if the main characters of Weathering With You had the chemistry or emotional investment to carry the film in the slightest. Hodaka and Hina (I had to Google their names since I forget them) are two teenagers who find themselves crossing paths due to the most unlikely of circumstances, with the latter discovering she has the ability to pray and rid the city of an eternal state of rainfall it has surrendered itself to. Unfortunately this power comes at a price, and her existence slowly begins to fade away the more she gives sunshine to the people of Tokyo. 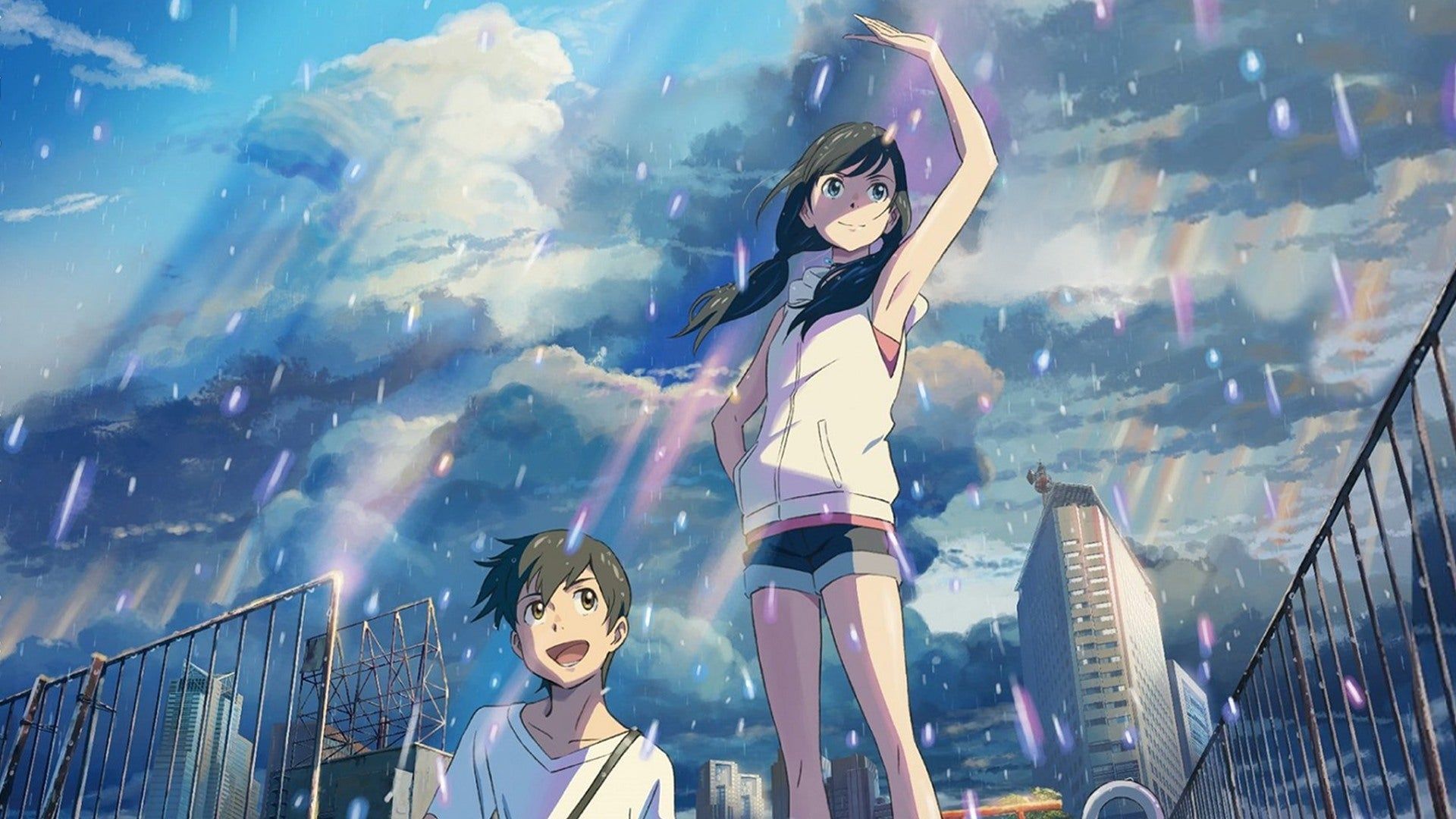 Eventually she vanishes, with Hodaka doing everything he can to save Hina and say that he’s more than happy to waltz through the rainfall if it means spending the rest of his life with the girl he loves. If I bought into their relationship this would be incredible, but the film’s conclusion basically involves our main protagonist dooming Tokyo to eternal rainfall purely so he can get the girl. That’s it, I imagine it was intended to be a meaningful examination of striving for a positive existence in spite of climate change and other societal woes, with the film also touching upon gun control, homelessness, and family through its disparate storytelling. None of these themes land, and you need to read between lines in order to appreciate any of them. You can read my full thoughts on its problems here.

Having seen the trailer for Suzume no Tojimari, I’m worried the same trajectory is being followed, and we’ll see similar mistakes made instead of Shinkai hoping to tell a compelling story that can stand on its own. This isn’t the MCU, so stop trying to connect everything.

The film will follow Suzume, a 17-year-old girl who stumbles across a young man in search of a mysterious door in the Kyushu region. The duo form a partnership and eventually find a lone doorway in the midst of an abandoned house in the mountains. She steps forward, turns the key and opens it – only to be pulled into a strange new dimension and setting off a chain reaction of natural disasters across Japan. Several doors appear around the country, and thus she must embark on a journey to save her world by closing each one of them.

Shinkai has also stated it will be a pilgrimage of maturity for the main heroine, with her having to face up against apocalyptic circumstances and make decisions that might impact the fate of millions. It’s a heavy premise, but one with a similar level of dramatic simplicity to Your Name that I hope doesn't pander to us like children in the same way Weathering With You does. As viewers, we deserve better than that, and so does this filmic universe that Comix Wave is piecing together. Having been developed during the pandemic, I won’t be surprised if Suzume no Tojimari touches upon how our societal humanity has changed in the past few years, and how that can be explored from the perspective of a young woman.

The abandoned town where the doorway resides is completely flooded, giving me the fear that the perpetual rainfall that Hodaka and Hina doomed this country to in their own film has carried over to this one and will be a tangible part of the overarching story. Please don’t let that be the case, because it weakens the narrative urgency this film clearly has going for it in favour of nods and winks that serve no purpose other than to elicit a quick smile. Maybe I’m being elitist, but Makoto Shinkai is a brilliant director who should be above such things, showing in the past that each individual film he’s produced is capable of pushing boundaries when he’s willing to explore stories and characters we’ve never seen before. Weathering With You felt like a miss, and is hopefully little more than a stumble on his path towards continued greatness. The trailer looks incredible, so please don’t ruin the finished product with dire cameos and a cinematic universe that has no logical reason to exist.