In Dreams in the Witch House, Rupert Grint is, once again, at odds with a rat man. The sixth installment of Guillermo del Toro's Cabinet of Curiosities is also its second H.P. Lovecraft adaptation. In it, the former Harry Potter actor stars as Walter Gilman, a New England man who has spent over a decade attempting to reach across the void to his deceased sister, Epperley. When he was young, Walter watched Epperley die after a battle with an unspecified illness. After she passed, she briefly appeared to him as an apparition before being dragged away into another world.

Walter watches as Epperley is taken, and then we cut forward several years. Now, Walter is a grown man, with a streak of white in his ginger hair, seated in an auditorium to watch a spiritualist show. After the performance, he walks backstage to speak with the mediums, but hears them discussing their tricks of the trade. We soon learn that these charlatans are just the latest in a long line of frauds Walter has sought out in an attempt to reach Epperley. He doesn't have any luck until he starts imbibing an Indigenous narcotic that allows him to visit the spiritual realm in his sleep. 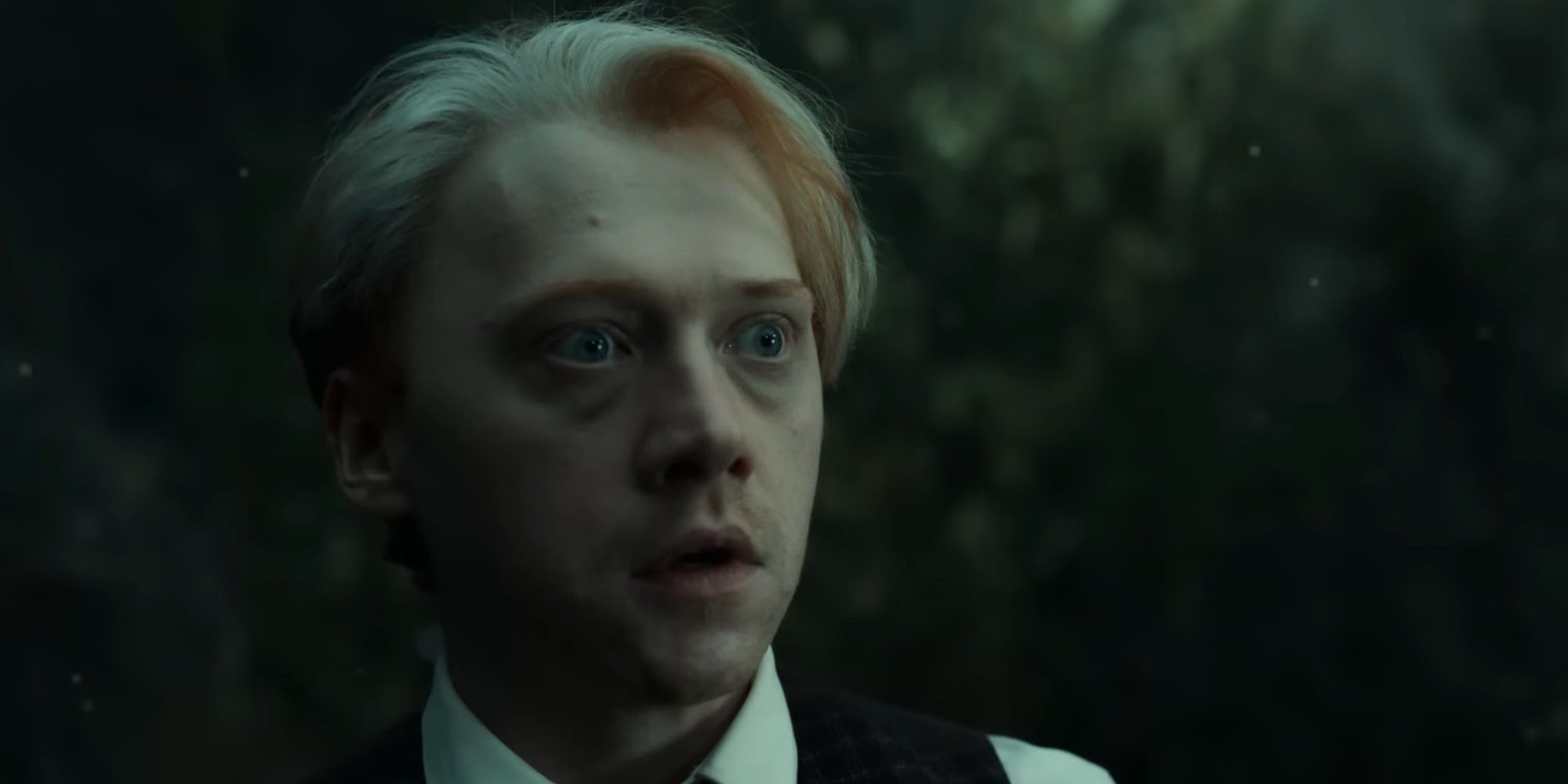 But, I'm less interested in talking about this episode's overall quality. Instead, I want to ponder the fact that this is the second time Rupert Grint has shared the screen with an evil man rat.

In the Harry Potter movies, Grint's Ron Weasley keeps a rat, called Scabbers, who is characterized as a basically useless and terrible pet. He's always getting lost, running off and causing Ron to worry that Hermione's cat Crookshanks might have eaten him. But, in Prisoner of Azkaban, it's revealed that Scabbers was actually Peter Petigrew the whole time, a former friend of James Potter, Sirius Black, and Remus Lupin, and a traitorous servant of Voldemort.

In Dreams in the Witch House, a different rat man shows up once Walter moves into a rundown apartment which once belonged to a witch named Keziah Mason. This rat has the face of a man, called Jenkins Brown, and serves as Keziah Mason's familiar. Eventually, after Walter has saved Epperley from Keziah's grasp, she finally finds peace in death. But, Walter is killed, too, when Jenkins Brown burrows into his chest. Through some strange Rat Man magic, Brown is able to control Walter's body, and with Brown at the helm, it behaves as if Walter was still fully alive. At the end of the episode, the Walter flesh mech, controlled by Brown, walks down the street, triumphantly striding to the strings of Shostakovich.

There isn't that deep a connection between Harry Potter and Dreams in the Witch House. And, truthfully, I don't want to spend too much time talking about Harry Potter, because my feelings toward the franchise aren't especially warm these days. It was important to me as a kid, but I've mostly moved on from it after J.K. Rowling's descent into TERFdom. In that way, she's a bit like H.P. Lovecraft, the virulent racist who wrote the story on which this episode of Cabinet of Curiosities was based. Both publish their work under names that start with two initials, both have awful, dehumanizing beliefs, and both created rat men that ended up tormenting Rupert Grint in a filmed adaptation of their work. That isn't that many times to be tormented by a rat man, all things considered. But, it's still kind of weird that it's happened twice.