Streamers get up to all sorts of shenanigans these days. From Mr. Beast frittering away his multi-million dollar fortune on tone deaf recreations of Squid Game that miss the point of the show completely, to minting trading card NFTs in their own image, every streamer and YouTuber is intent on doing something so new, so fresh, so different, so whimsical, and it’s incredibly tiring.

Twitch itself, and likely other streaming services to some extent, now has ‘metas’, much like competitive games. Jolteon could be considered a unique meta pick in competitive Pokemon right now (where Gholdengo is already a staple), Wattson is rising the ranks of the ALGS, a competition Catalyst could be the future of, and Twitch streamers, up until recently, were playing the slots. The slots meta has dwindled since Twitch revised its terms of service re: gambling, but the hot tub meta remains strong after the initial rule changes were watered down and reversed.

Ludwig Ahgren is often at the forefront of these trends, despite having an exclusive contract with YouTube, away from the majority of other streamers. While he hasn’t streamed from a hot tub, to my knowledge, he helped popularise a brief but frenzied era of Geoguessr action, and his ‘subathon’ has spawned hundreds of copycats, none coming close to the length or cultural impact of his 30-day, Truman Show-esque effort. However, it’s Ludwig’s keen and sudden interest in chess that made the most impact on the streaming landscape. 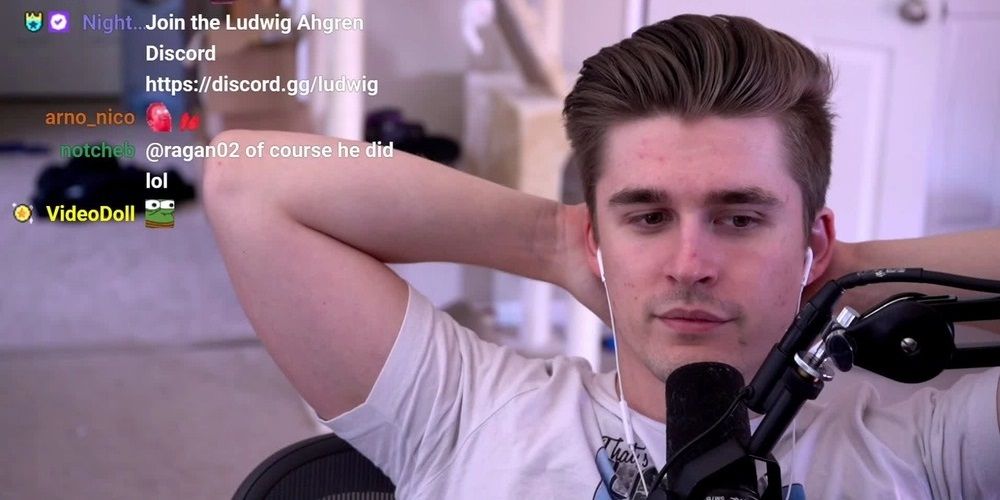 Chess streamers have been thriving on their own for years – just look at the Botez sisters signing for Envy Gaming as a statement of intent – but Ludwig’s interest arguably helped it into the mainstream. And now, as the meta skews towards live events and charity boxing matches starring the likes of KSI and Jake Paul, Ludwig hosted a chess boxing tournament.

I’d heard of chess boxing before, but I’d never watched it. The premise is simple: one round of chess, usually around three minutes, then a 90-second round of boxing. Repeat for 11 rounds (Ludwig changed this to seven), with the winner generally decided by checkmate or knockout, but occasionally by points or timeout. But still, the sports sounded too disparate, the skillsets for each too far removed from one another. Do fans of chess like boxing? Are boxing fans into chess? I was confused as to who would want to watch the sport, let alone play it. How wrong I was.

I have no shame in saying that Ludwig’s event opened my eyes to one hell of a spectacle. His participants were streamers – mostly chess players, but some who stream other games, too – but the range of abilities in both the ring and on the board made for intense, unpredictable viewing. Some matchups seemed a little unfair, like Hugs versus Toph, which ended in a TKO after just a few seconds, but most were even fights with interesting strategies. 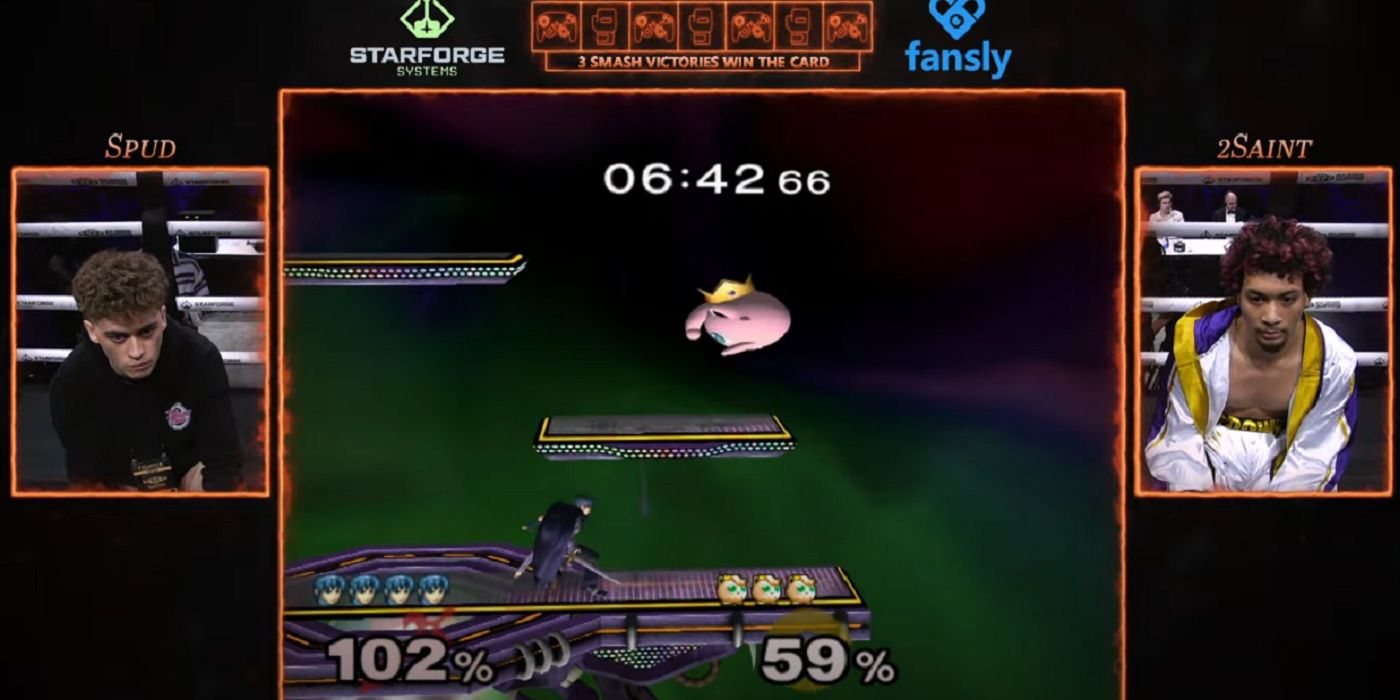 I loved watching main eventers DisguisedToast and Pointcrow duke it out, and the ‘Smashboxing’ rounds where competitors substituted chess for Super Smash Bros. Melee were fun, too, but it was the women who sold me on the sport. Andrea Botez faced Dina Belenkaya in a very intriguing match. Belenkaya is comfortably the better chess player, sitting some 500 ranks above her opponent, but Botez is fitter, having hosted regular exercise streams over the years. And that was before she started training for the chess boxing match.

Belenkaya herself admitted that she assumed Botez would be fitter, stronger, and a better boxer, so focused on the chess. She played with hyper aggression in a strategy that was almost random, to leave Botez as confused and defenceless as possible. Botez was the exact opposite, staying on the front foot in the boxing ring, but playing defensive on the board. This was never more clear than in Round 3, a chess round, where Belenkaya cornered Botez and was a couple of moves away from checkmate. She missed one golden opportunity, likely because of repeated blows to the head affecting her ability to think clearly, but Botez stalled well. She took her time with her moves, knowing that the result on the board was inevitable, but could be postponed.

She successfully fended off the attack, and the pair headed into the ring. Botez knew that she would be checkmated in the next round of chess, so went for all-out offence, similar to how Belenkaya had played the chess rounds. Belenkaya dodged, ducked, dipped, dived, and dodged as Botez had in the round prior, prompting Botez to say she thought she was “playing hide-and-seek” in the post-match interview. It’s a legitimate strategy cleverly deployed by the worse boxer, and despite two eight-counts and a debatable third stoppage, Belenkaya took the match back to the board, where Botez resigned. 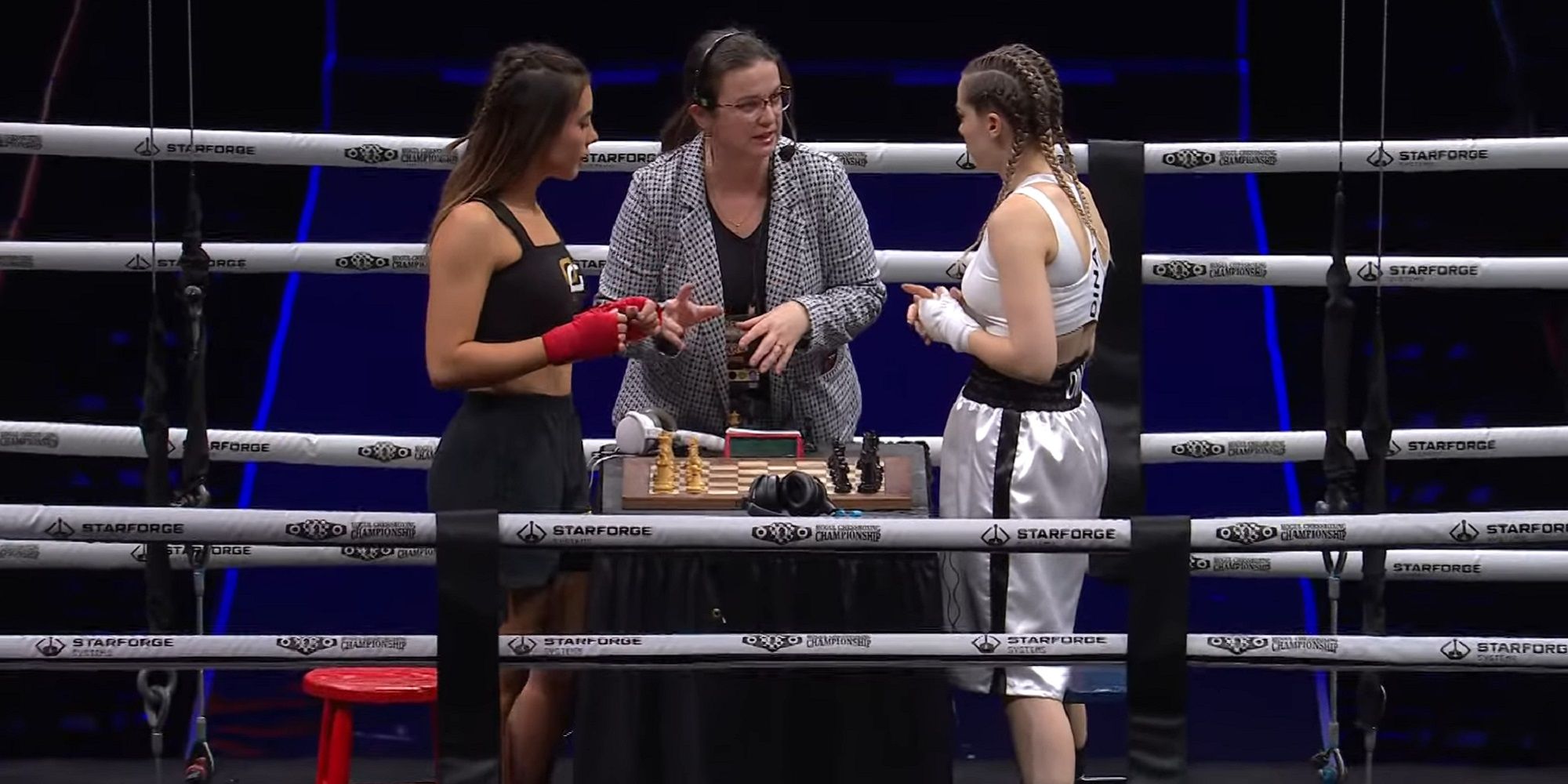 The differing strategies of the women, both playing to their strengths, made for a tactical masterclass from both. It was a close fight in both halves, and Belenkaya edged it by a hair. It was compelling viewing from start to finish, and I’m all in. I’m a chess boxing fan. Who’d have thunk it?

I still think the sport could be improved; what’s stopping a heavyweight boxer from stalling a round of chess, then instantly knocking out their opposing Grand Master to take the win? I guess a GM doesn’t have to accept the bout, and presumably there are still weight classes, but it seems like there could be mismatches across the board (pun intended).

That being said, the showmanship of Ludwig’s chess boxing tournament hooked me in. Instead of climbing out of the boxing ring to sit and play chess at an adjacent table, the board was lowered into the ring itself, chess offered equal importance to boxing. This scale and grandeur is what the sport needs: an injection of glamour that streamers like Ludwig can provide, while introducing hundreds of thousands of viewers to a whole new world of uppercuts and Sicilian Defences. I’ve never been a chess boxing fan before, but now I’m fully invested. I hope you’re happy, Ludwig.