Immortals Fenyx Rising has plenty of things for players to do, whether it’s taking on hidden quests, completing puzzles, or hunting down monsters of legend. There are many bosses scattered throughout the game, including legendary creatures such as the Nemean Lion. However, for a real challenge, you’ll be wanting to take down the four Mythical Monster Bosses.

The four Mythical Monster bosses are Medusa the Gorgon, Ozomene the Harpy, Kottos the Hekatonchires, and Polyphemos the Cyclops. Defeating all four will earn you the “Who’s the Boss?” trophy or achievement, as well as some sweet gear as rewards. These bosses are optional, although there is a point in Athena’s questline where she will ask you to slay one of them (Ozomene). Additionally, you will encounter bosses of the same name in a couple of the god vaults, but they do not count towards the achievement.

Most of the Mythical Monsters are off the beaten path, but you can usually see from a distance where they are. Strange island with a cyclone on it? Mythical Monster. Glowing lights above Ajax’s fortress? Mythical Monster. You get the idea. You’ll also know when you’re nearing the right area as Fenyx will say something about it feeling different suddenly. However, for the proper location of all four bosses, just see below! 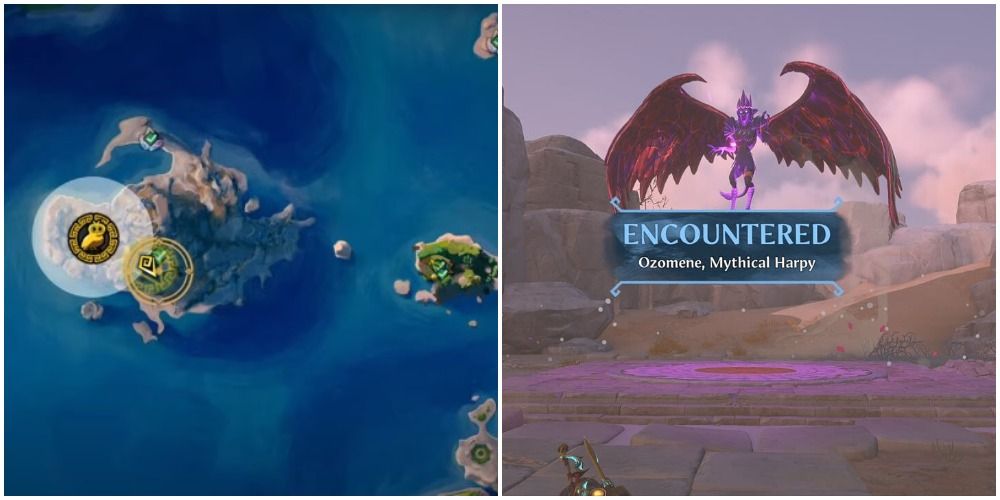 The first and easiest Mythical Monster to tackle is Ozomene the Harpy. Additionally, it’s the easiest as eventually, Athena will guide you to it as a quest if you really don’t know where to look. However, if you want to get there earlier, Ozomene can be found on an island to the west of the Valley of Eternal Spring mainland. It has a large cyclone of wind shooting out of it, so it’s pretty obvious.

Like other harpies in the game, Ozomene will use many aerial attacks but will pause occasionally giving you a chance to strike. Fiery explosive coals will appear on the battlefield too, and you can use these against your foe.

There will also be times when Ozomene falls to the ground panting, and during this phase, she will summon some normal harpies to attack you. Lastly, during the battle, Ozomene will fly to the higher area on the island and you must follow to continue fighting.

Grove of Kleos – Medusa The Gorgon 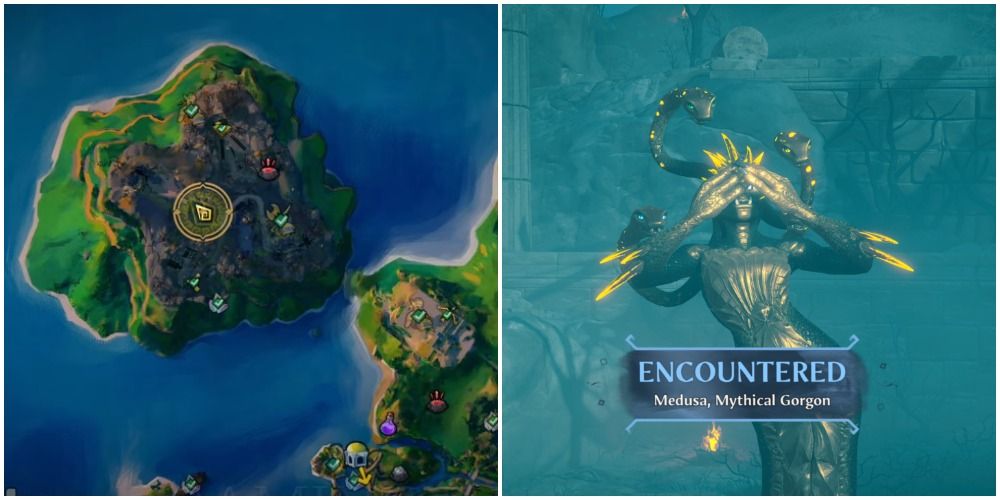 On yet another island that is rather conspicuous due to the fog around it, you will find arguably the most recognizable of all the Mythical Monster bosses — Medusa. The island is northwest of the Grove of Kleos mainland. Interestingly, as well as being particularly foggy, the island is dead with no living trees upon it, creating a similar setting to where you can find Medusa in Assassin’s Creed Odyssey.

Unlike the other gorgons that you encounter very often throughout your travels, Medusa can petrify you into stone and she will do so regularly. It doesn’t last too long, but it can mean death if you’re not careful. Using the Phosphor’s Cloak ability appears to help shift this sooner rather than later.

Medusa teleports around the battlefield a lot, which can be particularly annoying, so be sure to time your charged moves right. She will shoot flames at you that will deal a decent amount of damage, so avoid these! Additionally, after a while she will also spawn some normal gorgon adds to distract you.

The Forgelands – Polyphemos The Cyclops 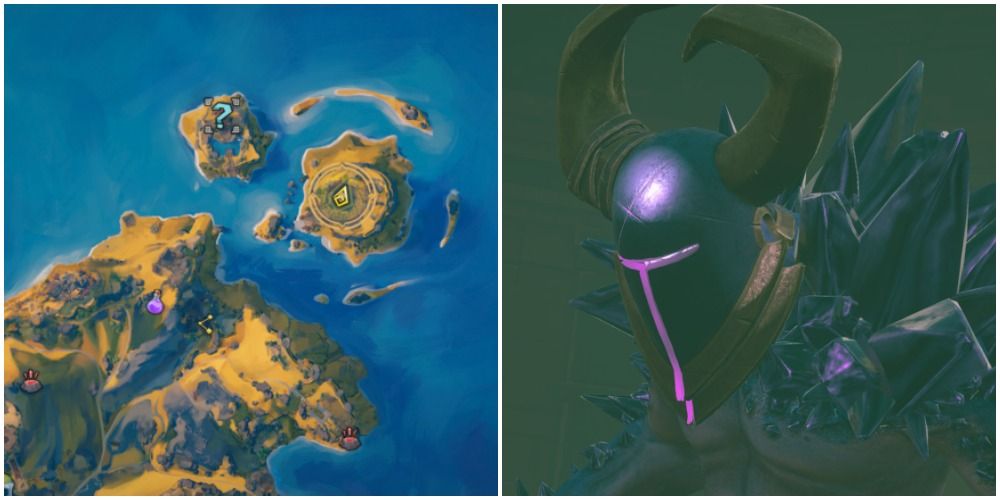 Your next target is on yet another island, it’s found northeast of The Forgelands mainland and has smaller islands forming a broken circle around it. You’ll be able to hear Polyphemos’s roars and laughter as soon as you draw near, but the bigger give away is the large floating purple crystals above his location.

Polyphemos can deal some pretty hefty damage, but he’s also rather slow, which makes for one of the easier Mythical Monster boss fights. The key here is to avoid his stomp and sword attacks, so be sure to dodge these before moving in to deal some damage of your own. Unlike the first two bosses, Polyphemos does not spawn adds. 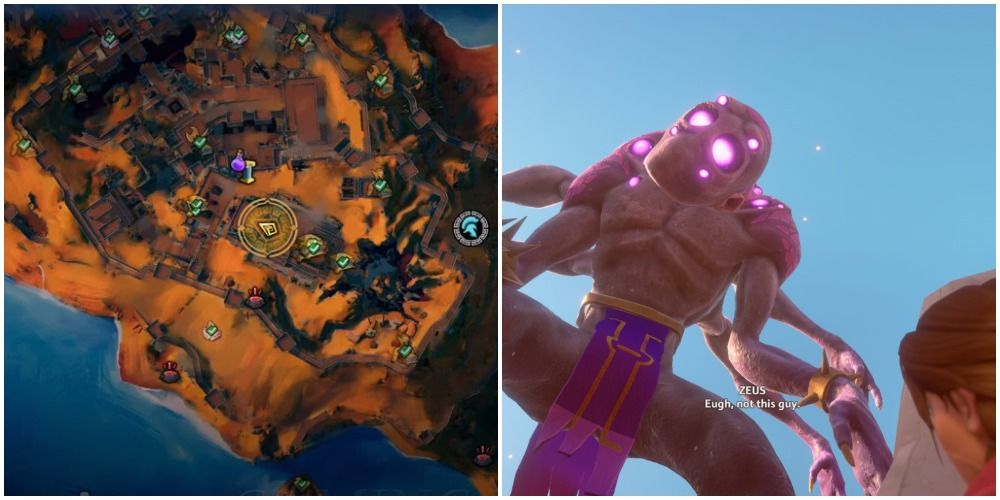 Kottos is likely the last Mythical Monster you will face as you can’t access the area he is in until you have progressed far enough through Ares’s questline. There is a large fort that is in the south-eastern area of War’s Den, but if you try to visit it too soon the corruption will drain your stamina and you will be unable to access it or scale its walls. This means Kottos and one of the Epic Mounts are off-limits until you progress the story.

However, once you’ve opened the doors to the fort with Ares’ help, you can take this guy on at your leisure. He is on the roof of the highest building, right about Ares’s treasure vault. It is marked by the glistening spots around the roof.

This beastly guy is likely going to be the biggest challenge out of all four Mythical Monsters. His many arms mean he can do some serious damage when he punches the ground and he also has a pretty devastating roll attack. Thankfully, Kottos doesn’t summon any aids for you to worry about. After defeating all four, your “Who’s the Boss?” accolade should unlock! 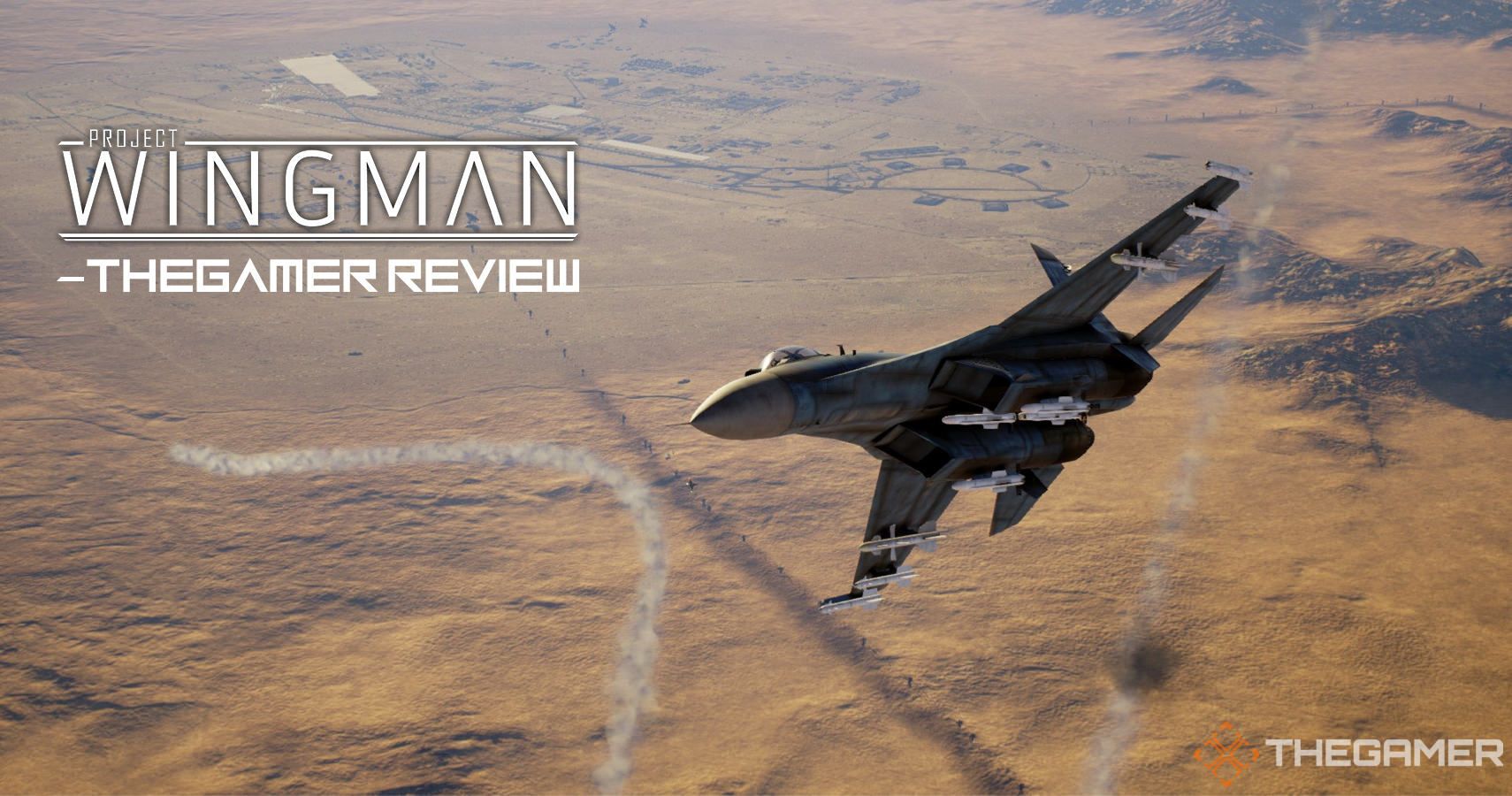 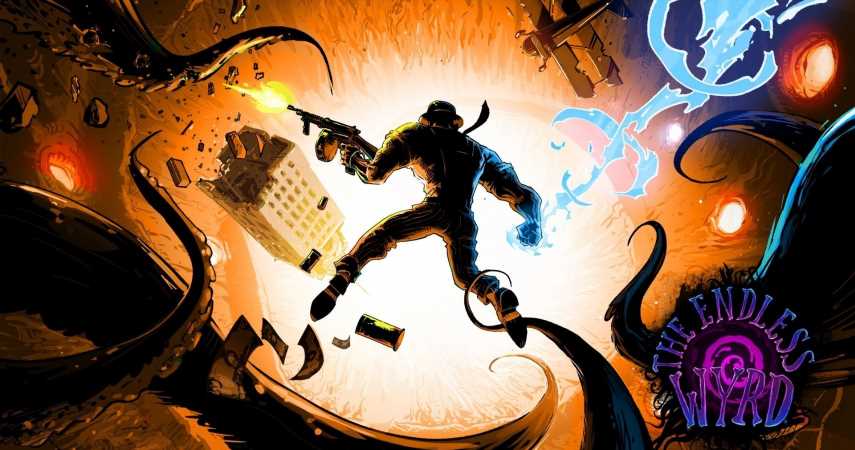