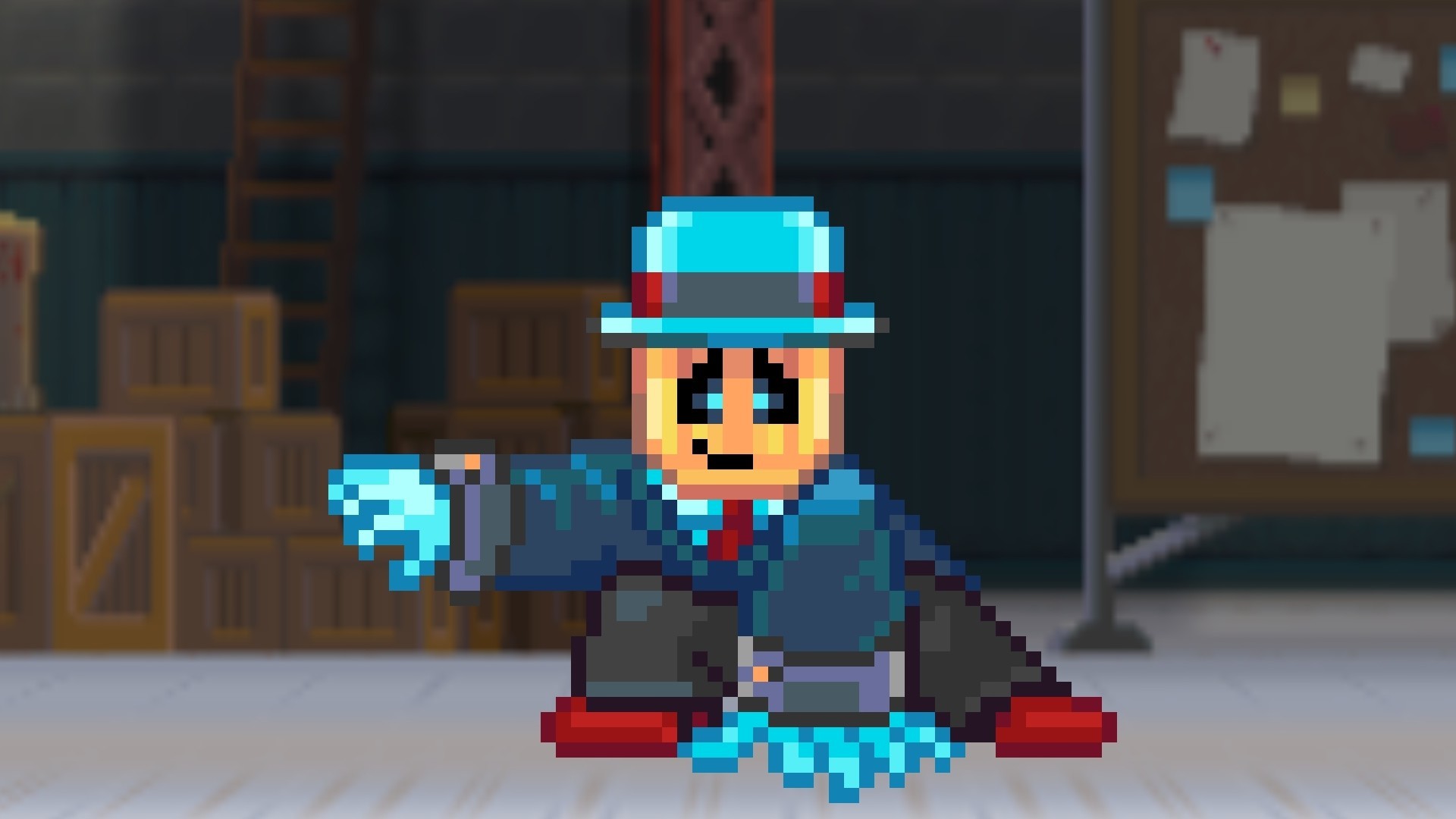 A reader explains his love for indie cult classic Horace, despite not usually liking any of the things that make it so memorable.

I am not a fan of reference-based humour; I find it cheap. I don’t believe that just having your audience recognise something they know is a viable substitute for genuine jokes. For instance, while playing Horace I spotted a poster parodying both the band the Monkees and the Monkey Island series of games (Monkees island), I saw Steptoe and Son running a scrapyard and there was a shop that was run by the shopkeeper from Mr Benn (the shop itself being a parody of Littlewoods).

I’m also not a big fan of ultra-hard beat-the-screen platformers such as Super Meat Boy and I’m not a fan of the Metroidvania genre. Getting lost in a game will often make it hard for me to boot it up again and dying 20 times on a single screen mere pixels before the exit doesn’t make me enthralled to see what’s next. And yet with Horace, a game that contains a large quantity of this type of gameplay, I can’t help but persevere and push forward.

The last game I played extensively was Hades and I loved it, but I found myself skipping the story about four or five hours in; something I find myself doing a lot lately. When I was younger I’d be really engaged with the story of the Final Fantasy games, particularly 9 and 7, and I’d lose myself in the bonkers mythos of the Metal Gear Solid series. Nowadays I can acknowledge good writing and voice acting but I suppose I’m valuing the gameplay much higher, and yet with Horace I’m actively looking forward to plot developments and actually engrossed by the twists and turns of the story.

So where am I going with this? I’m not a fan of the type of humour the game is bursting at the seams with, I’m not a fan of the predominant gameplay focus of the game, and I’m turned off by heavily story-based games in general and yet I love this game. I think what I’m trying to say is that all of these elements are balanced together perfectly here.

The struggle of the gameplay is rewarding because you want to get to the story. The references are so dense, but remain mainly in the background, and serve to help liven up the fantastic hub worlds. The sheer quantity and scope of the references is incredible – there was a town filled with characters from the Fresh Prince, Friends, Are You Being Served?. and even Larry David was there with Basil Fawlty too. It was pretty great to see the wonderful pixel art of the characters but what really got me was when it sunk in what the town’s name was – Sitcombe (Sitcom).

I’ve mentioned how I enjoy the story, it is hilarious, but I didn’t talk about how poignant or just plain sad it can be; I won’t issue any spoilers but, for example, there’s a character in the game who hoards bicycles and I initially saw it as your typical cringe-worthy zany humour but much later in the game you find out why, which is just one example of something silly being given extra context and weight.

I could go on forever. I haven’t even mentioned the seemingly endless amount of playable game parodies. In fact, the Pac-Man/Ghostbusters one is a clear stand out. I can’t recommend Horace highly enough; it may seem like I think it’s perfect – it certainly isn’t, but it is something incredibly special.