It was EGX in London last weekend, and I got to attend with several dear colleagues at TheGamer. I had far fewer appointments than I did at Gamescom which meant I could spend more time wandering the convention floor and playing indies that caught my eye. This is the Indie Spotlight, so here are the indies I had the most fun with at this year’s show..

Unspottable – Among Us But Fast 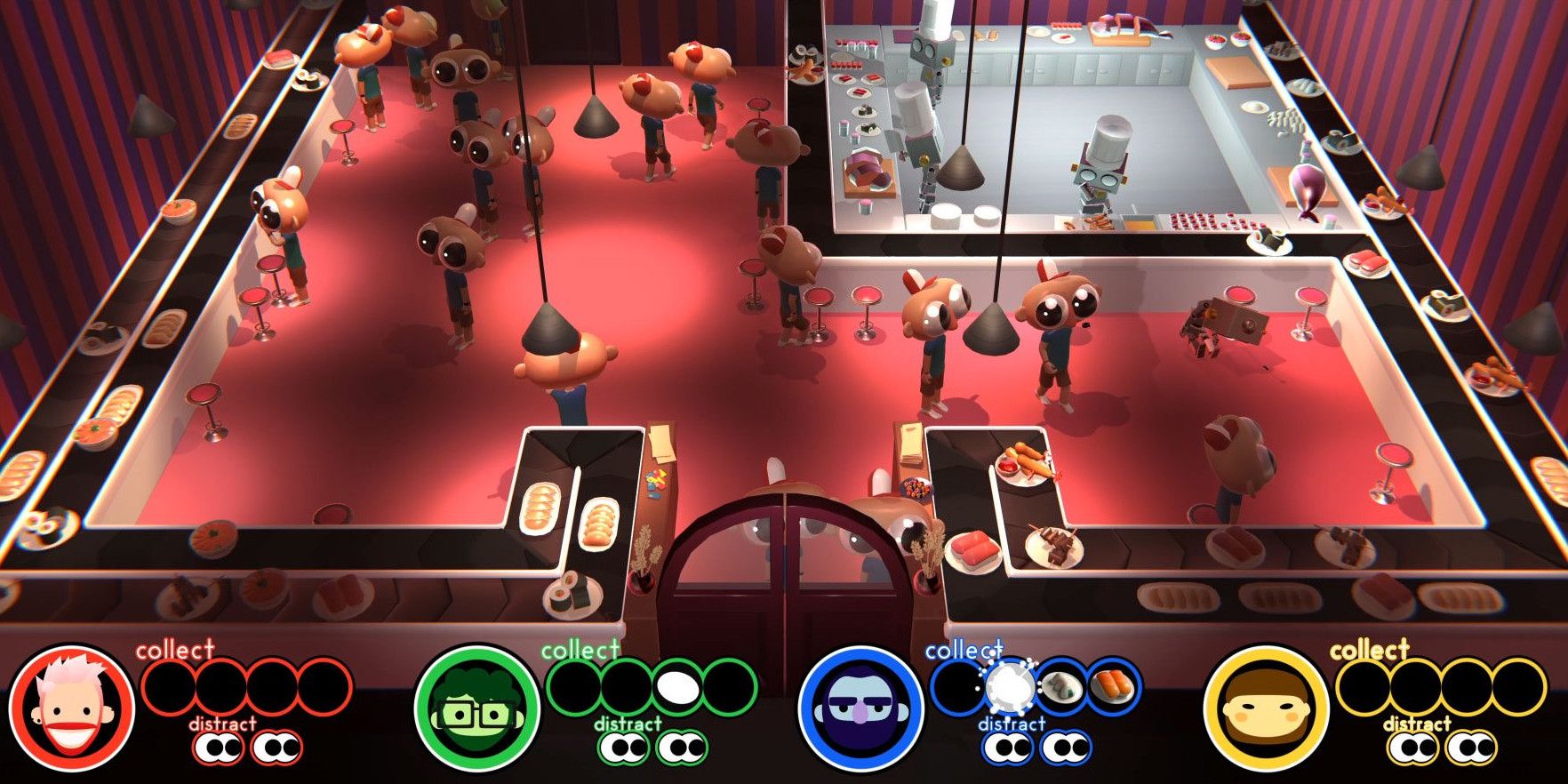 Among Us peaked during lockdown. When we couldn’t see our friends in person and we were all paranoid people were busy breaking quarantine rules, what better activity than accusing your mates of being alien imposters? Well, now that technology rules over us once again, it’s time we let a robot social deception game take the limelight. Unspottable has been out for over a year but lacks an online mode – something the developer is currently working on – so it didn’t get the same explosive growth Among Us did. I found its quick, tense rounds far more enjoyable though.

The aim of the game is to blend in with NPC robots and try to punch your opponents to death before they punch you to death. Everyone looks identical, which means the first step of any level is figuring out who you are – it’s trickier than it sounds. You can walk, run and punch, that’s it. 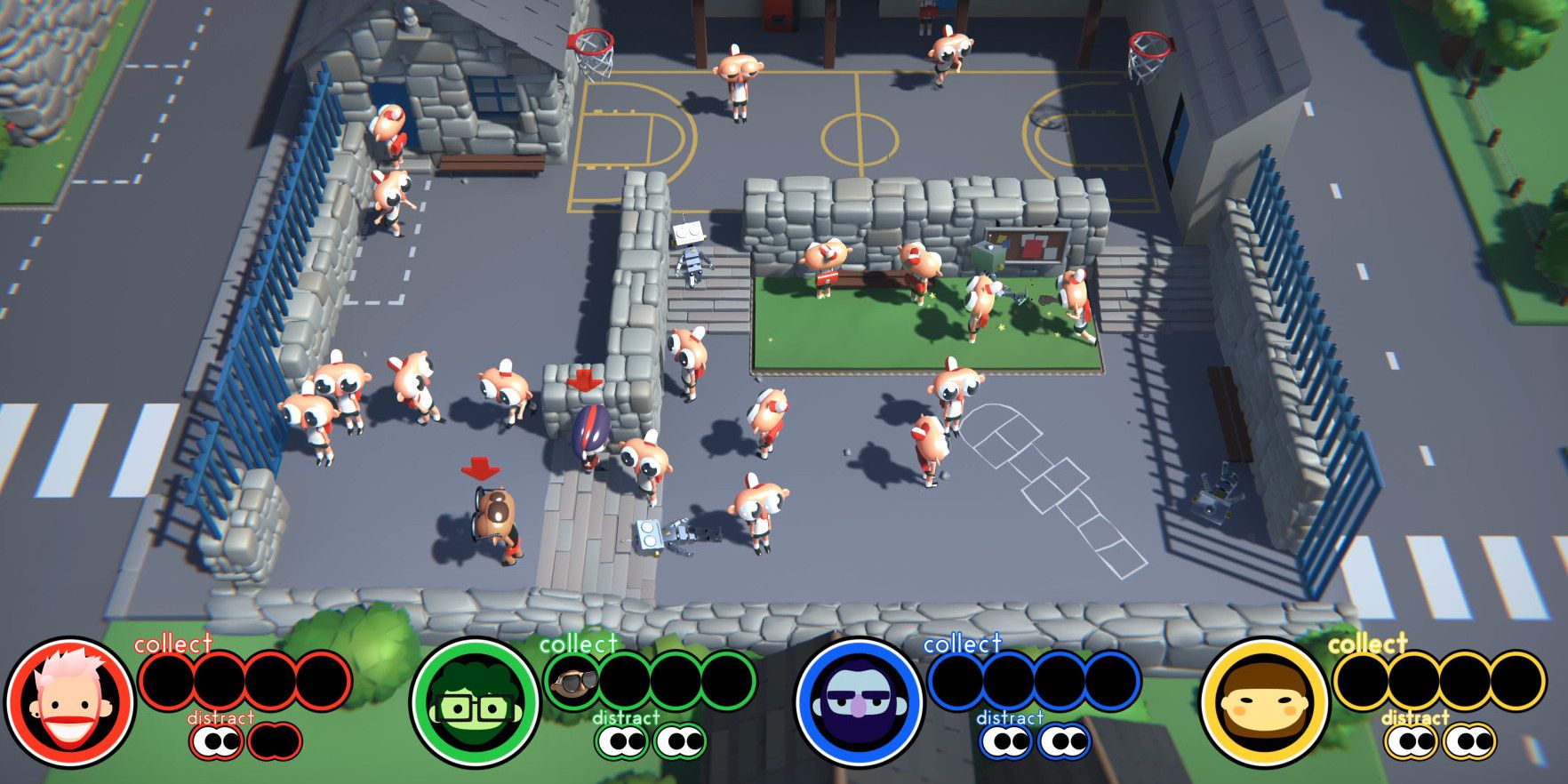 Each stage has a different gimmick to keep things fresh. In the nightclub, you have to follow the steps on screen and move with the dancing crowd. When someone gets got, ‘PUNCHED’ appears on the screen behind the DJ and they drop a sick beat, it’s intense. Just keep moving to the beat and punching anyone who ain’t movin with the groovin.

In the prison yard, spotlights make the NPCs buzz and glitch out, but players pass through unfazed. If you’re spotted you can kill the lights to run to a new section of the yard and begin the chase anew. There’s also a supermarket and a sushi restaurant, where you can grab groceries or food and escape without killing anyone in order to secure bonus points.

Unspottable is a fantastic little couch party game that I’m hoping hits a broader audience once it gets online multiplayer. Until then, you can buy it now on PC and consoles.

Sinbad – What If Super Mario Sunshine But Arabian Nights? 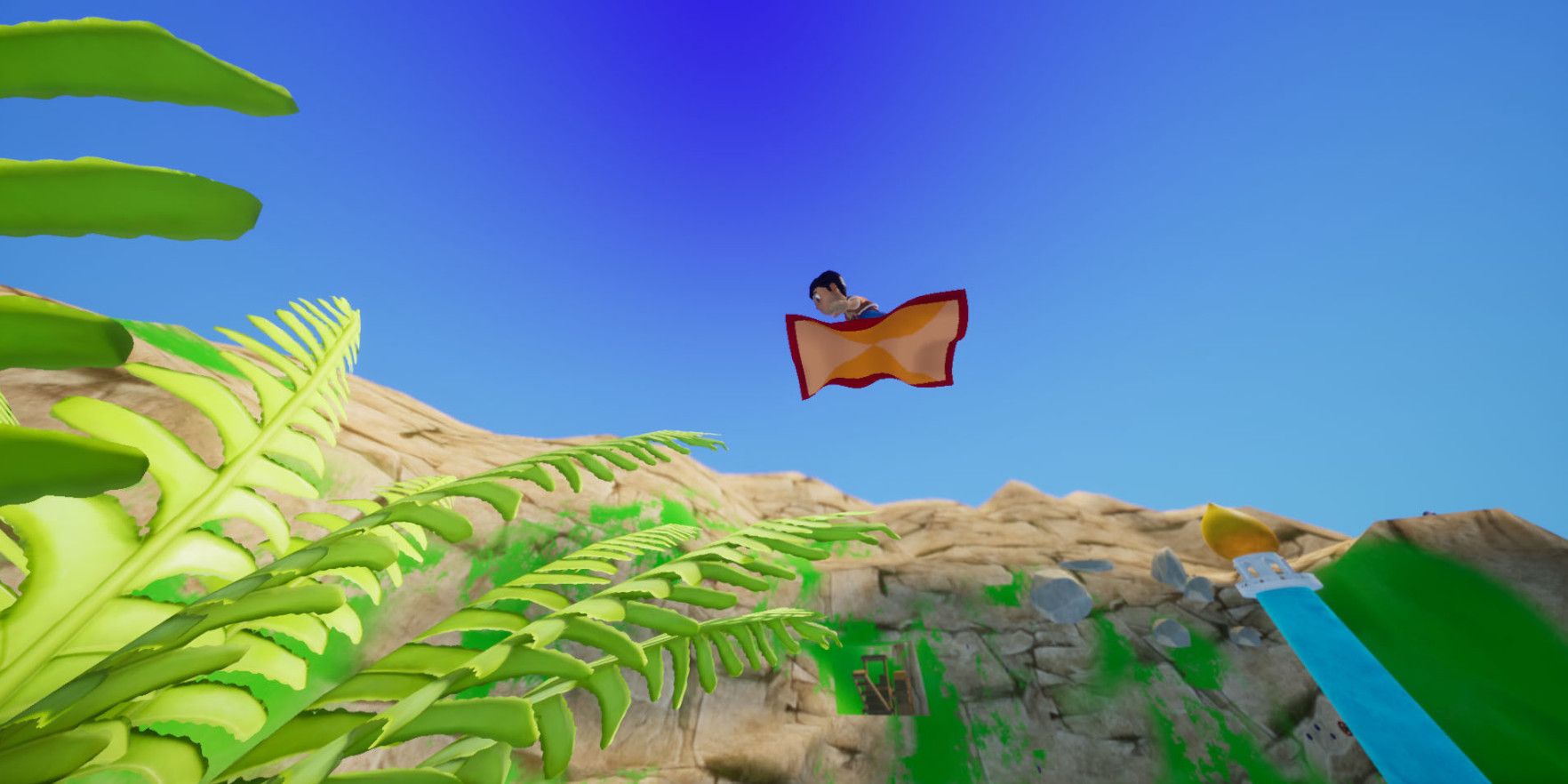 Imagine if Mario rocked a slick turban that also turned into a magic carpet? He’d probably get blamed for 9/11 in all honesty, but this isn’t the case here. Sinbad is “Mario Sunshine on crack,” as developer Russel Al-Medenni told me. You play as a young boy who is transported to another world with his friend who got turned into a magical turban. You’ve got to stop an evil genie – think Jafar in Aladdin – from corrupting the world with a literal Arabian Night.

Sinbad looks how you remember Mario Sunshine looking. There’s a bright, colourful town with loads of denizens to do little quests for. The monsters I saw at the EGX demo were spider-date creatures – creepy, but a nice touch that adds an authentically Middle-Eastern flair to the experience. Al-Medenni said he wanted to include elements of his culture in the game, and he’s done so wonderfully. The turban also functions as a replacement for FLUDD, acting as a magic carpet, weapon, and a trampoline all at once. 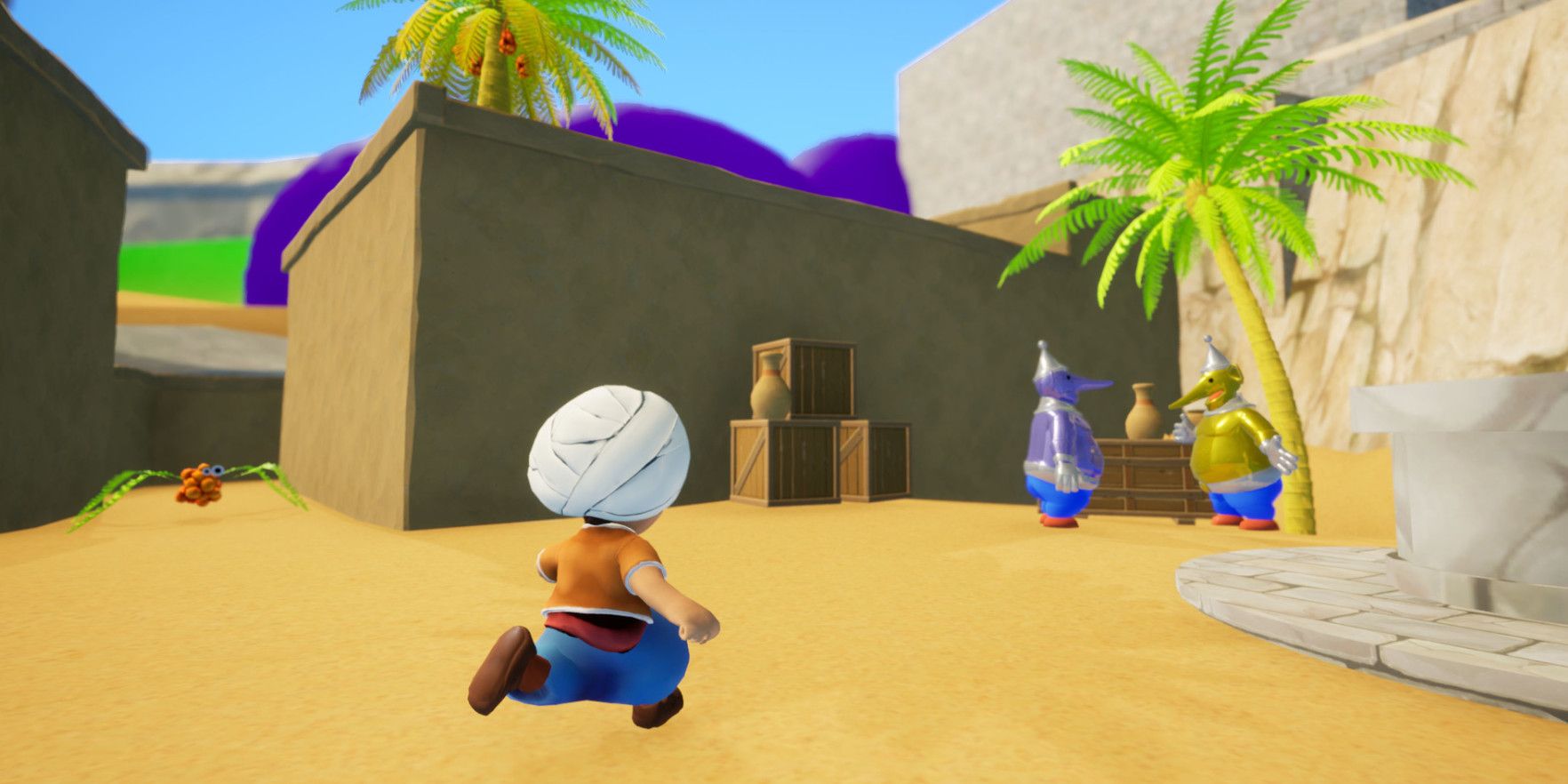 One person playing the demo wandered to the edge of the map and started walking along the outer wall in a 2D platformer sequence, and one challenge saw the camera shoot up into a bird’s eye position while the protagonist walked through winding streets. All the stages also contain expanding orbs of night, literal Arabian night, flecked with stars and lustre that threaten to consume the whole world.

If you want Arabian influences in games that are cute and silly, then Sinbad is one to watch.

Squad Blast – A Blast For The Whole Squad 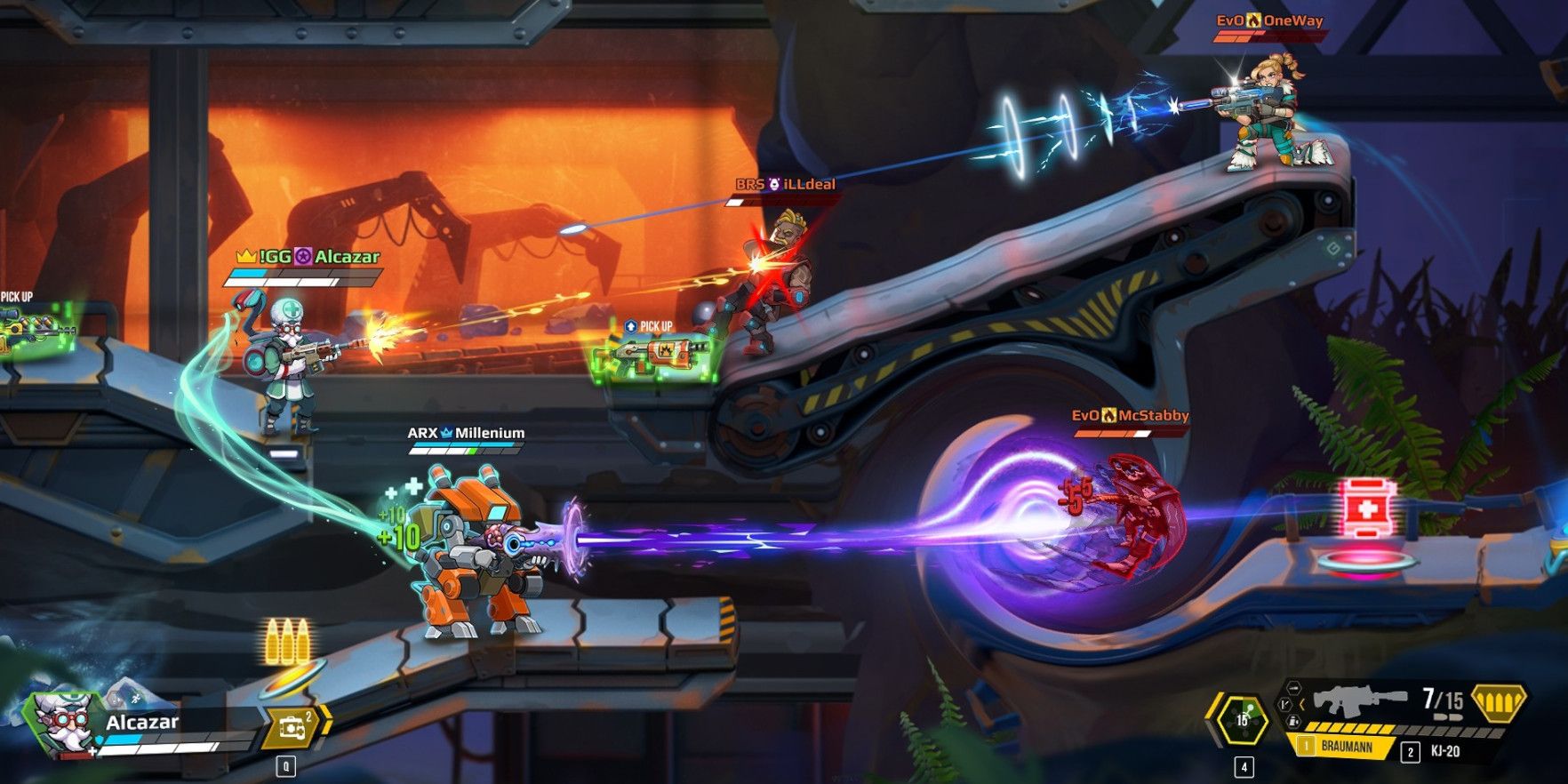 Last but certainly not least, we have Squad Blast, a 2D tactical team shooter that takes inspiration from FPS games. Developed by Ultra Horse, this free-to-play title currently has a European playtest running until October 9. Myself and lead features editor Jade King strapped in for some duos and went to town pwning noobs… is what I wish I could write. We got wrecked two games out of three.

2D and tactical shooter aren’t terms that often go together, and Ultra Horse knows this. To simultaneously work both the 2D and the FPS angle, the team has implemented FPS staples like bullet spread, movement tec, a diverse roster of heroes to choose from, and game modes like TDM and payload delivery. On the 2D side we’ve got pick-ups, physical bullets that you can dodge and jump around, and playful, stand-out visuals. 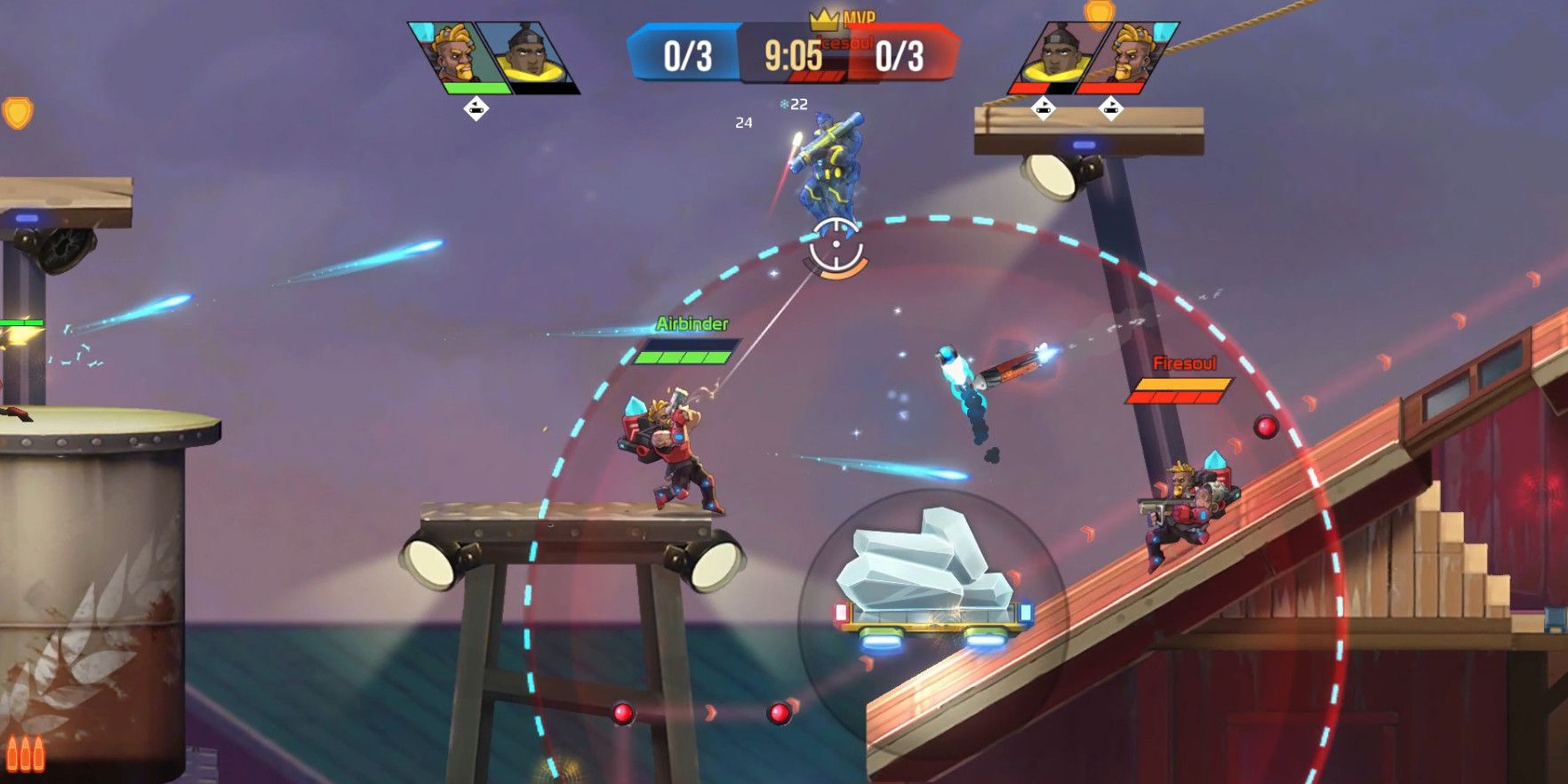 It feels like a fresh idea, even though many playing it compared it to Awesomenauts. The gunplay is tight and the movement is quick and easy to grasp. In a 2v2 it becomes a bit of a bullet hell, so I can only imagine how frenetic the 4v4 games will get. Communication was key, as myself and Jade only managed to win a match when we synergised abilities and pushed and pulled in a fluid rhythm. The developers are pushing Squad Blast as an esports title, and I can see why, it’s got all the right ingredients.

There’s no release date at the moment, but you can request to join the playtest now.