Zachtronics recently announced its newest video game: Möbius Front ’83, a military tactical TBS wargame scheduled for a November 5 release date for PC, Mac, and Linux. The video game is currently standing fast on its Steam placeholder page with only a few details, and no retail price as of this writing.

“Everything we have we took from someone else. And one day, someone will come along and take it from us.” That’s a quote from the Möbius Front ’83 announcement trailer, which pretty much seems to sum up the entire premise of the game. However, there is one very unique twist to this wargame: that someone who is coming along to take what America has is none other than America itself.

Möbius Front ’83 is set in an alternate-1983 America – the year the record-breaking final episode of M*A*S*H aired, President Ronald Reagan proposed the “Star Wars” Strategic Defense Initiative Plan, Operation Urgent Fury launched with the U.S. invasion of Grenada, and the Cold War still had eight more years before it was officially declared over. However, in the Möbius Front timeline, it’s unclear whether any of that happens.

Instead, what does happen is sudden dark voids of nothing begin appearing in the central United States. As American military forces move in to investigate, they are met with an opposing military force, one that is a near duplicate of America’s forces. These forces from the black voids are just as powerful as America’s forces, and are fighting with the same precision and equipment the defending army has.

What happens when America must defend itself from the most powerful army on Earth – itself? This is the mission you’re tasked with in Möbius Front ’83. You will have full use of “the cutting-edge military hardware of the early 1980s,” including “powerful tanks, fast-moving attack helicopters, long-ranged artillery, tenacious infantry, and more.” But so will the invading “Americans,” and it seems they won’t stop until they control America’s heartland, and possibly the entire country. 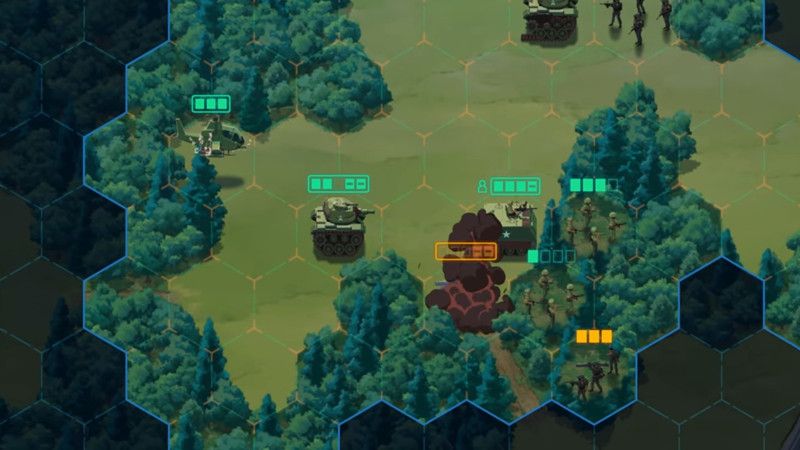 Möbius Front ’83 will feature an “extensive single-player campaign,” fully voiced cutscenes, and “Zachtronics-style puzzles” and a solitaire game (of course) for those brief downtime sessions in between battles. The game will also come standard issue with (PDF?) copies of “the U.S. military manuals that inspired the game.”

You can wishlist Möbius Front ’83 on Steam to be ready to report for duty on the game’s November 5 launch date. You can also signal intercept the Zachtronics Twitter channel for live updates.