L.A. Noire is the story of uptight WW2 veteran Cole Phelps, from his days pounding the pavement as a lowly, fresh-faced beat cop to becoming the LAPD's hottest new detective. You accompany him on his rise from the traffic desk to the heady heights of homicide, investigating robberies, grand theft auto, arson, murders, and other crimes in a stunningly detailed and evocative depiction of post-war Los Angeles. But this being a yarn rooted in the fatalist, hard-boiled tropes of film noir, even this relentlessly by-the-book stickler isn't immune to the dark temptations of the City of Angels. On the surface he's an immaculate boy in blue, but L.A. Noire is a story about his eventual downfall too.

However, despite this overarching narrative—and the labyrinthine real estate conspiracy at the heart of the story—the game has the feel of an anthology. Almost every case stands on its own, telling self-contained stories that are deeply engaging and, in true noir style, always more complicated than they first appear. A seemingly innocuous hit-and-run spirals into a sinister plot involving a life insurance scam. An abandoned car in a railyard with a bloody trunk uncovers a scheme involving a man, his mistress, and a dead pig. One of the best things about your first L.A. Noire playthrough is never knowing where a case will take you next as you trawl the gutters of the city's seedy underbelly. 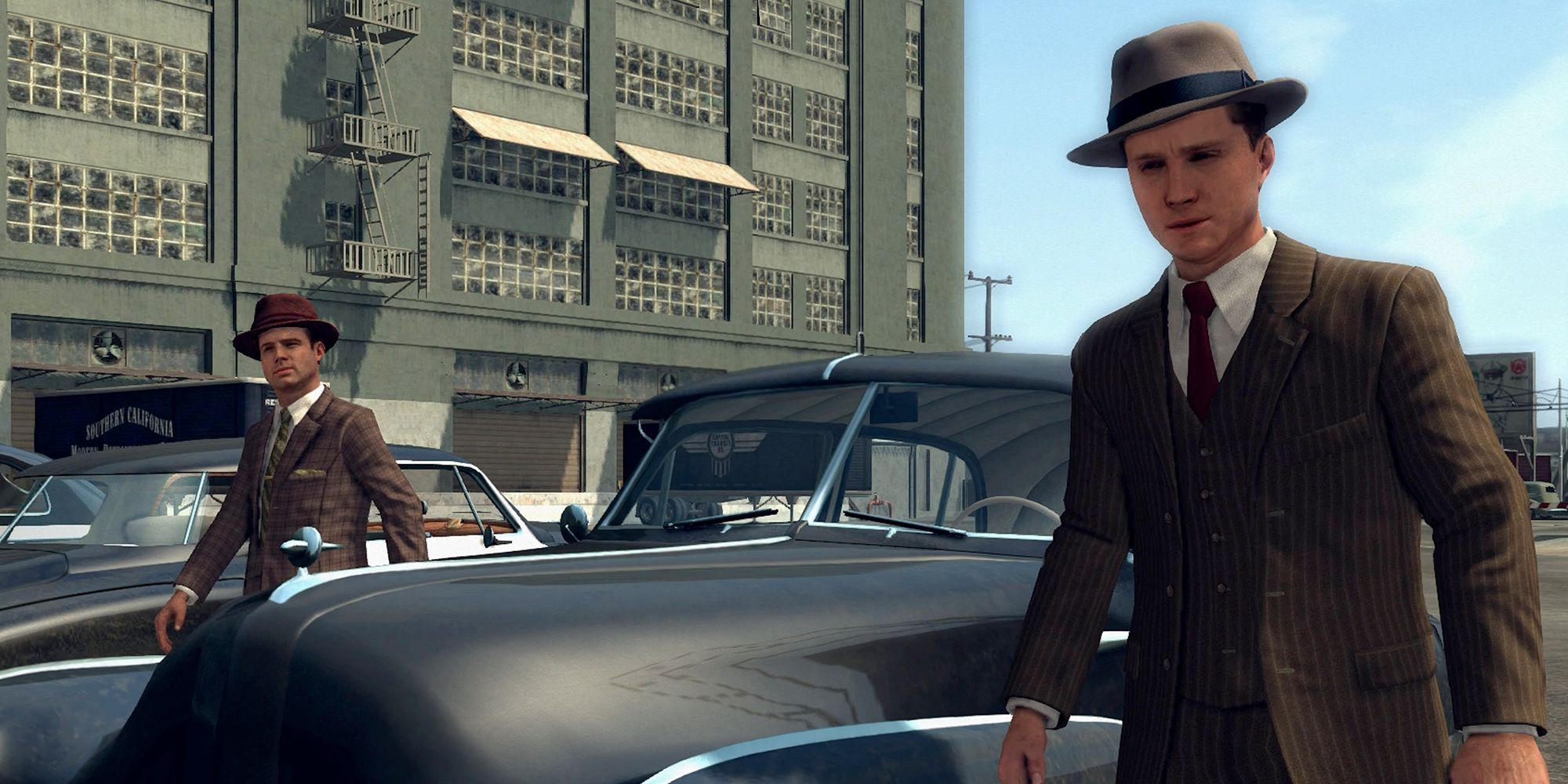 Walk into a crime scene and jazz music softly plays: an audio cue that there's evidence to be found here. If you move near something that might be of interest—a potential murder weapon, a revealing phone number scrawled on a scrap of paper, or some other clue—you hear a note being struck on a piano. When the music stops completely you've found everything. You can disable this to make the game more difficult, but it's an elegant and unobtrusive way of letting the player know when the investigative potential of a dingy warehouse, crummy apartment, or shady backroom bookie's office has been exhausted. Then, armed with a notepad full of clues, it's time for some interrogation.

This is where the game's much talked about MotionScan technology comes into play. This technical wizardry, which is still impressive over a decade later, allowed the character artists at Team Bondi to capture not just an actor's voice, but every quirk of their facial movements too. This combined with a cast of talented, established TV actors—including several Mad Men alumni—makes the game's collection of cops, criminals, and innocent bystanders feel like real people. You feel like you're talking to an actual person, not just a 3D model sculpted to look like one. The effect is every bit as impactful and convincing as it was back in 2011, and it's a shame no game has used the technology since.

Aaron Staton is superb as Phelps, imbuing his flawed, hypocritical, and emotionally complex character with a level of depth and nuance rarely seen in a video game. Adam J. Harrington oozes sleaze and villainy as corrupt vice cop Roy Earle. John Noble is quietly menacing as Leland Monroe, a shady real estate tycoon. Erika Heynatz lends German lounge singer Elsa Lichtmann a fragile humanity. Michael McGrady steals the show as weary homicide vet Rusty Galloway. I could go on. Everyone is amazing. The script is good, but occasionally hit and miss, and some of the plot twists are straight up infuriating. But even its weakest moments sing thanks to that stellar cast of actors. 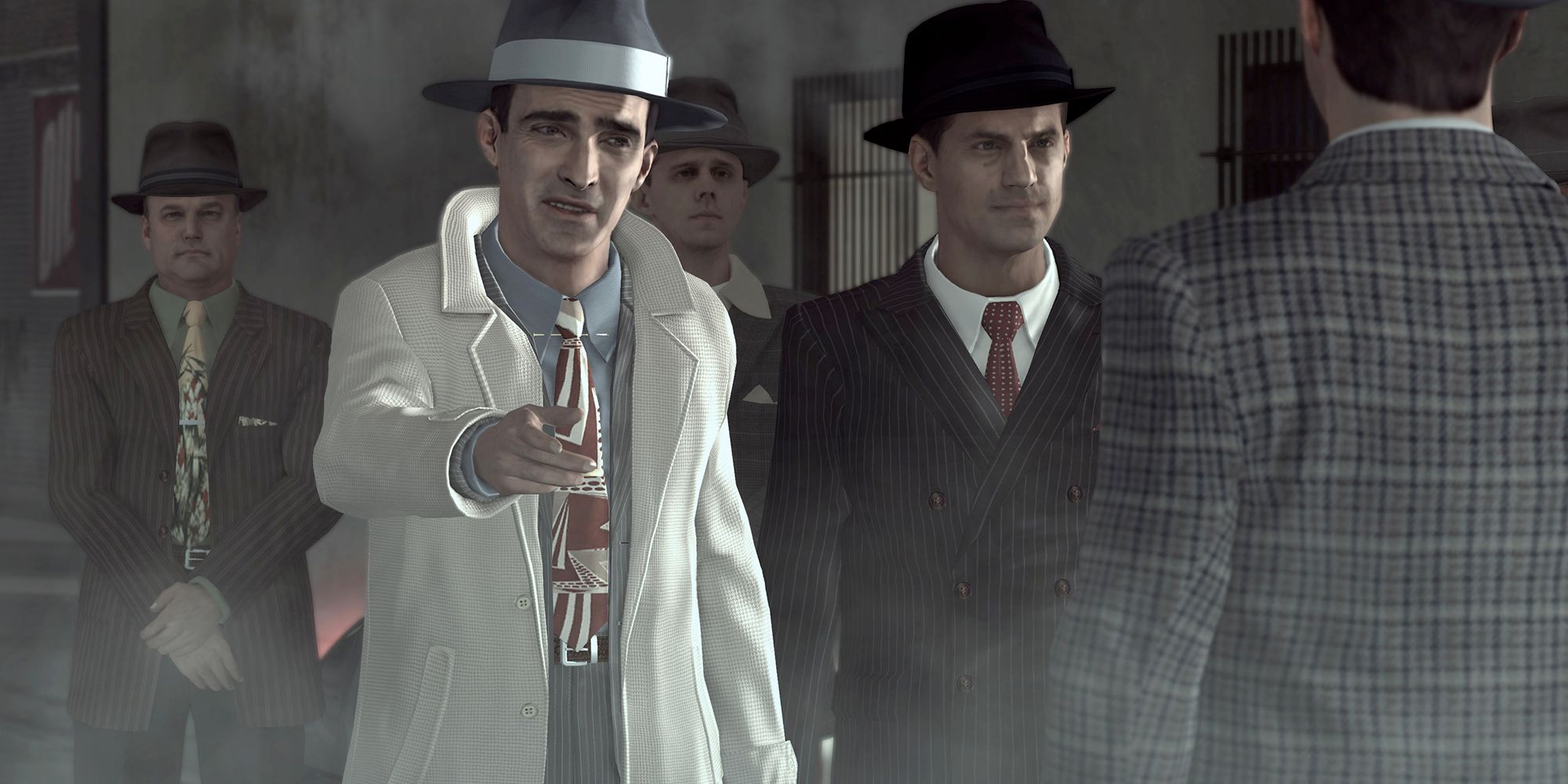 Their MotionScan performances aren't just for show: they inform the gameplay too. When you're grilling someone, you have to look for tells: subtle signs that suggest they're lying, or at least not telling you the whole truth. These can include nervous blinking, dry-throated swallowing, glancing shiftily from side to side, or anxiety-induced lip chewing. You simply wouldn't be able to convey this kind of granular detail with a regular 3D model, and it really works too. The more you play, the better you get at figuring out if the person twitching in front of you is hiding something. Early in the game these tells are blatantly, often comically telegraphed, but in the later cases you really have to study people's faces.

Between these interrogations and the compelling crime scene snooping, L.A. Noire's investigation process is a lot of fun. It isn't a particularly challenging game, however, and more linear than it lets on. You can stumble through most cases doing the bare minimum. But for me, the enjoyment comes from not just solving a case, but solving it right. It's possible to let clues slip, forget to investigate certain places of interest, or turn up late and miss a potentially case-breaking event, earning you a low star rating. But finding every scrap of evidence, acing every interview, and getting across LA without destroying the city and running people over—earning 5 stars for your efforts—is incredibly rewarding. 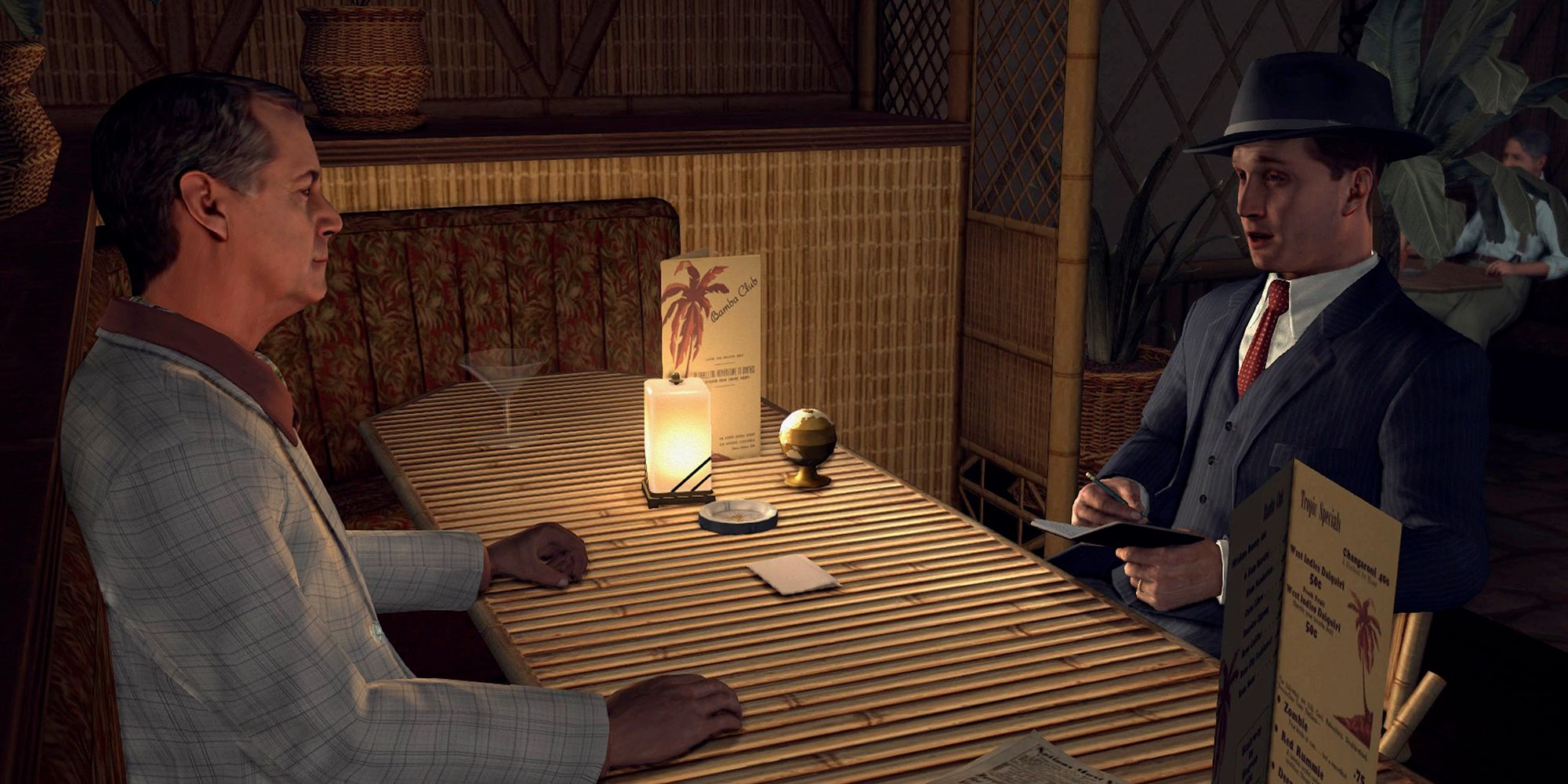 L.A. Noire was met with some harsh criticism when it first launched, and remains divisive today. But I've always loved it. Despite its length I've lost count of how many times I've revisited it—and I'm replaying it now on Switch, in fact. Which, incidentally, is one of the best versions. I don't know how they got a game like this running on what is essentially a handheld console, but they did, and it looks great and plays like a dream. This is a game I return to at least once a year, largely as an excuse to spend time in its gloriously realised 1940s setting. I know the cases inside out by now, but like Cole Phelps' secret, adulterous late night visits to the Blue Room jazz club, something keeps drawing me back.