Jurassic World Evolution 2 puts you in charge of the dinosaurs and tasks you with building a safe and enjoyable park. Once you've completed the campaign you'll notice that one specific theme becomes very common – create a five-star park.

Not only is Challenge mode entirely focused on creating high-ranking parks in a variety of different locations but Chaos Theory mode also requires you to raise your park's prestige. These top tips can be applied to any game mode and will help you hit that coveted five-star rating. 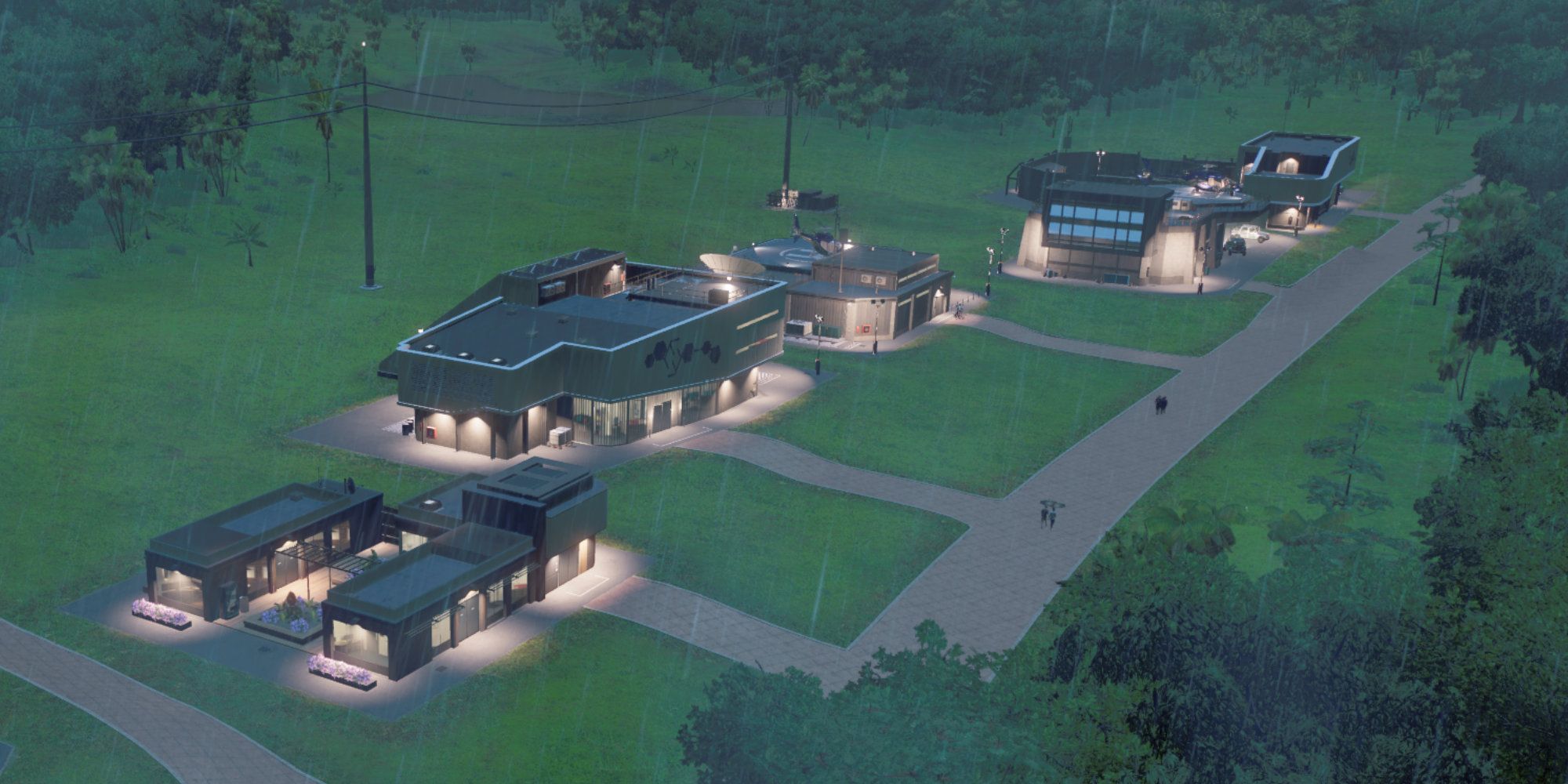 Setting up is expensive so prioritizing is important. Some scenarios will give you a few operations buildings, while others won't. So, to get started, first find or build an arrival point. This is the hub of your park and everything needs to link to here by road. You'll also need a control center so you can hire scientists and a power source to keep the lights on. Some areas have wild dinosaurs you can transport but otherwise, you'll require an expedition center to send out teams to dig up fossils, and a science center to process the finds.

For dinosaur care, you'll need a response facility, and for your guests, you'll need amenities, restrooms, and emergency shelters. You should also research a staff center, so your scientists can rest, and a palaeo-medical facility to treat sick dinosaurs. As you grow, keep an eye on coverage for food, drink, shopping, restrooms and shelters as these need to stay high. 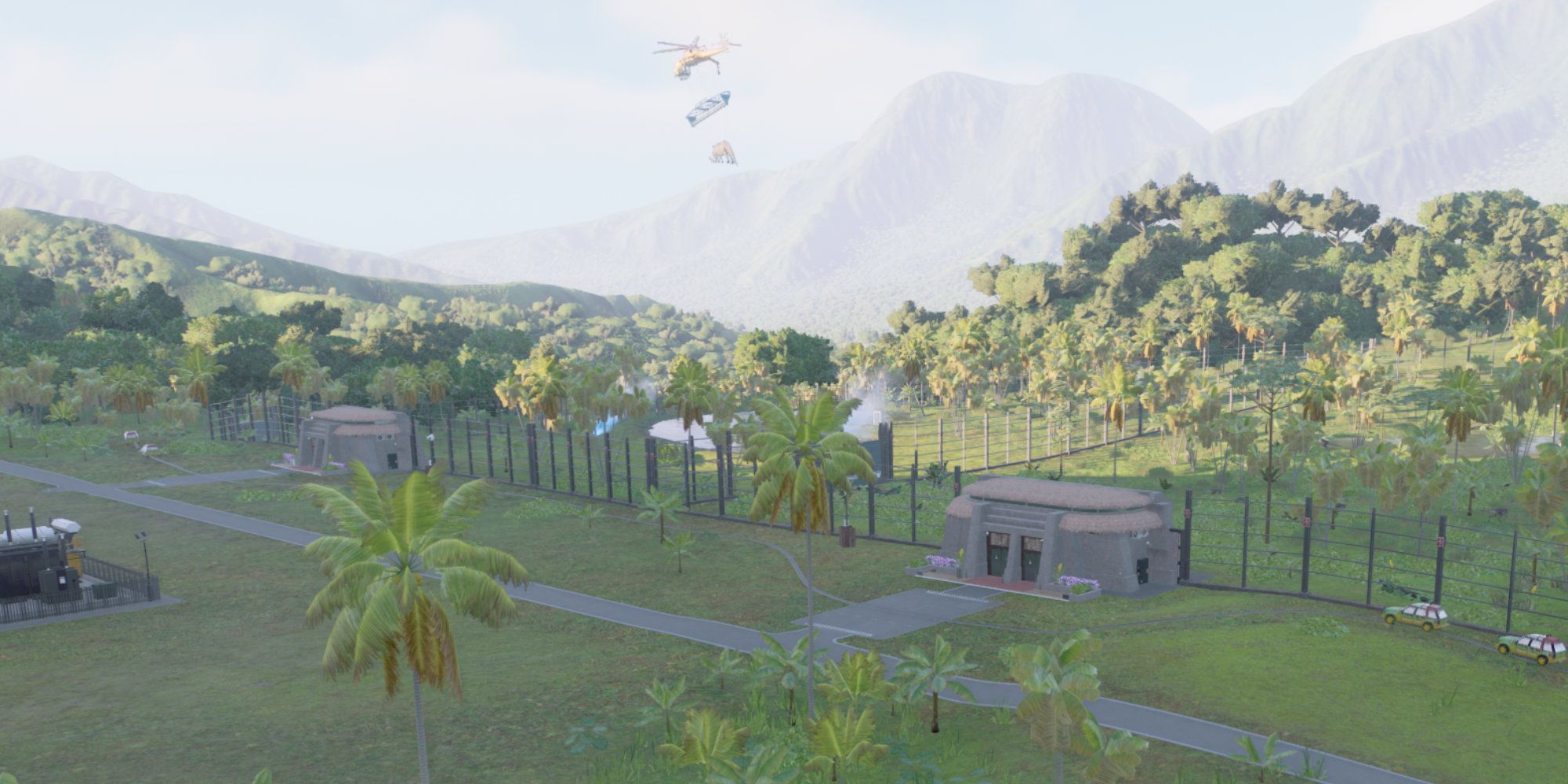 Once you've got some dinosaurs on the way you'll need enclosures. One of the best ways to keep your park running smoothly is to place them in groups. Clusters of two-three enclosures linked together can be easily managed by one ranger team, especially if you build gates in between them. This cuts down on response time as well as fencing costs. It also means guests can more easily move between enclosures.

If neighboring enclosures are filled with herbivores, you can also run ranger tours or gyrosphere tours through the area, increasing dinosaur visibility. Just don't send Jeeps into the carnivore habitats… trust us. 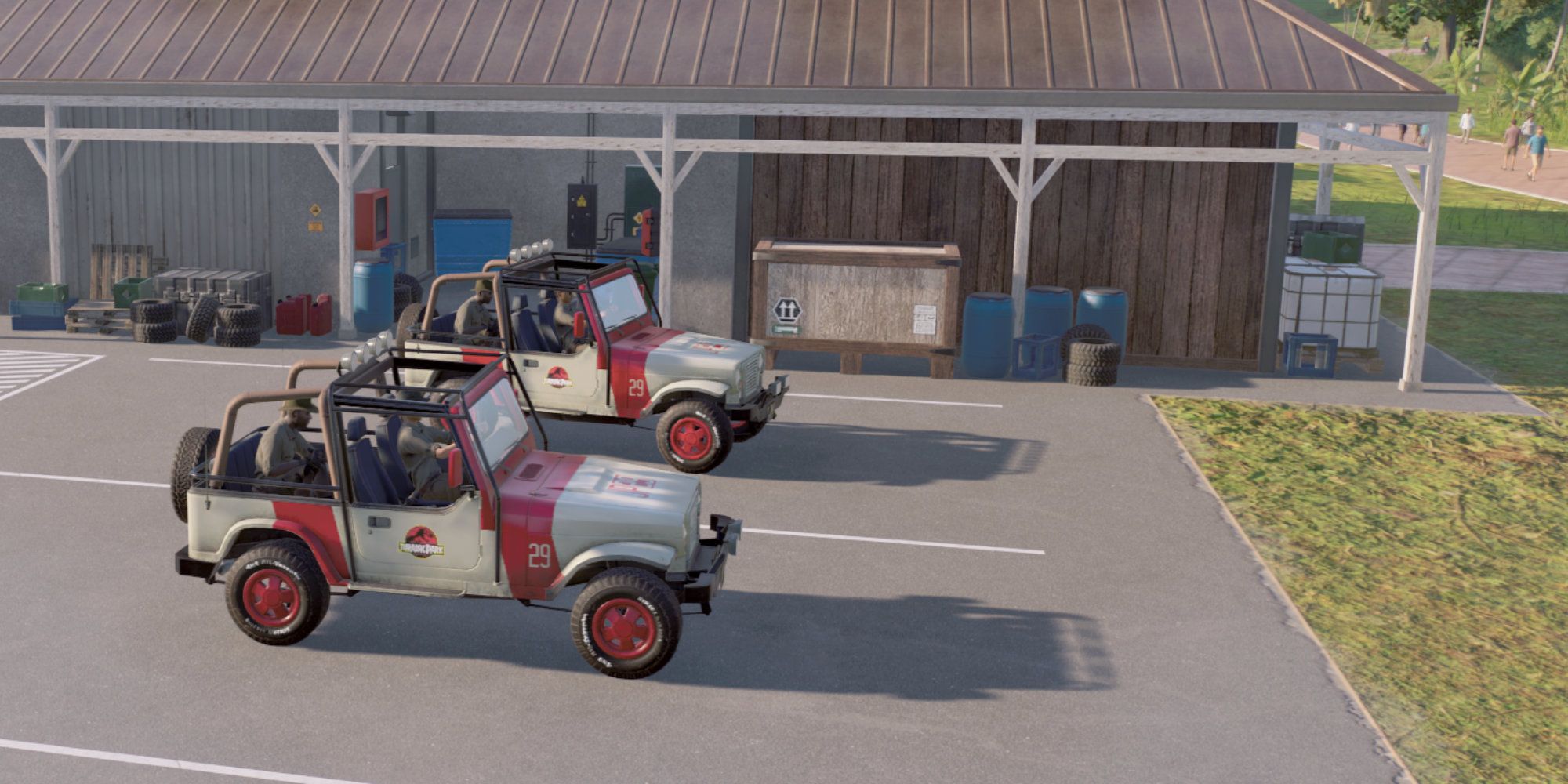 Don't forget to set up Ranger patrols. You'll need a ranger post in every enclosure, and a response facility to send out the cars. Assign Jeeps to every enclosure and helicopters should also be assigned to carnivore enclosures. This ensures that your dinosaurs basic needs are covered.

You'll also need information from the ranger teams to set up tne enclosure so its the correct size with appropriate food sources and vegetation. This will minimize any dinosaur escapes and help you avoid tanking your rating because of guest fatalities.

7
You Can Never Have Too Many Emergency Shelters 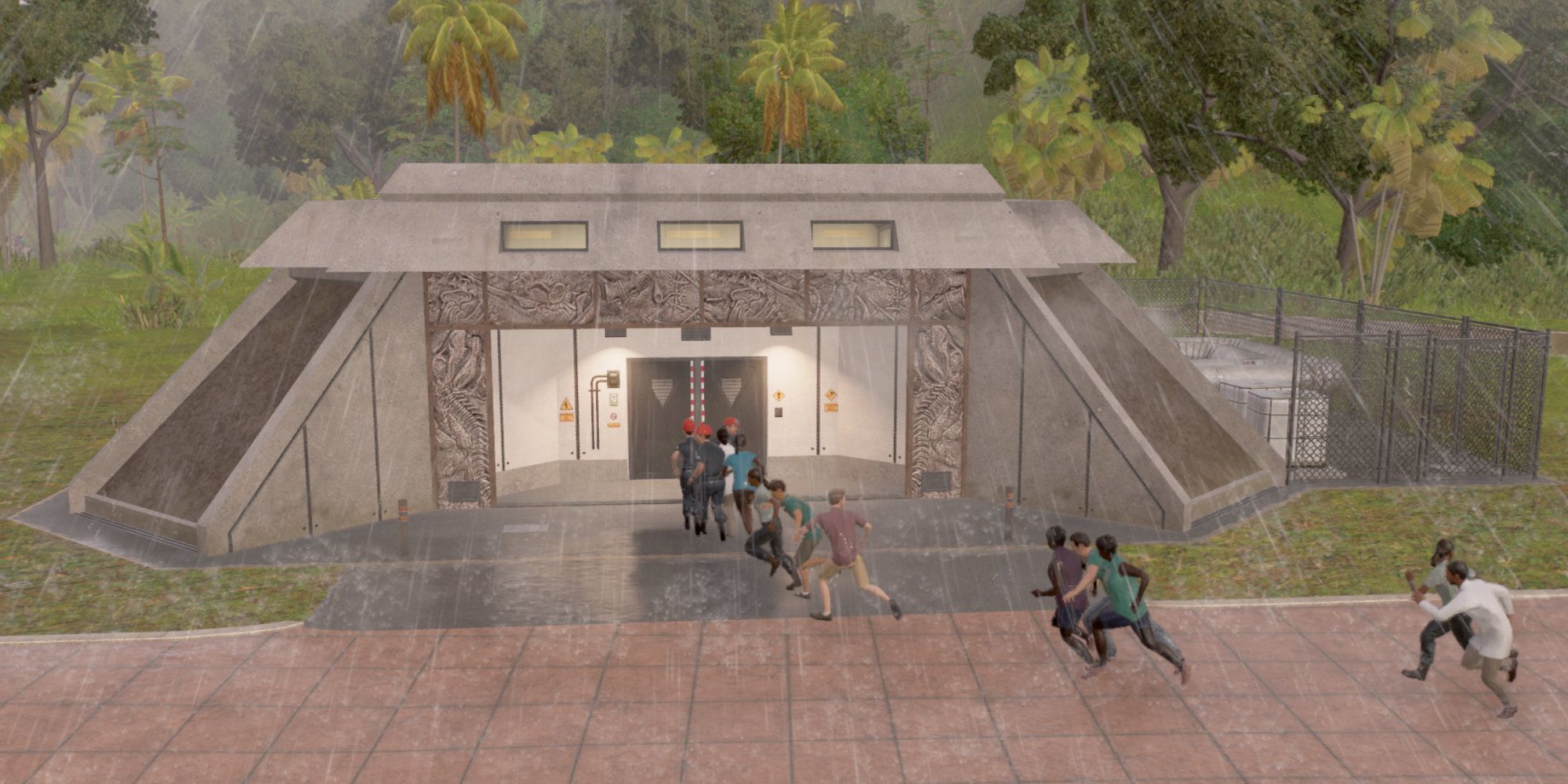 Emergency shelters aren't just useful for when your T-Rex breaks out of its enclosure, although do make sure to use them if that happens. You can also use them when storms hit to avoid tanking your park rating during emergency situations.

If a storm does hit you will always lose profit but this can be minimised by opening your shelters when you get the warning in order to keep guests safe. Your star rating will drop but it will recover much faster after emergencies if you use the shelters. Make sure you have full park coverage to maximise the effects. 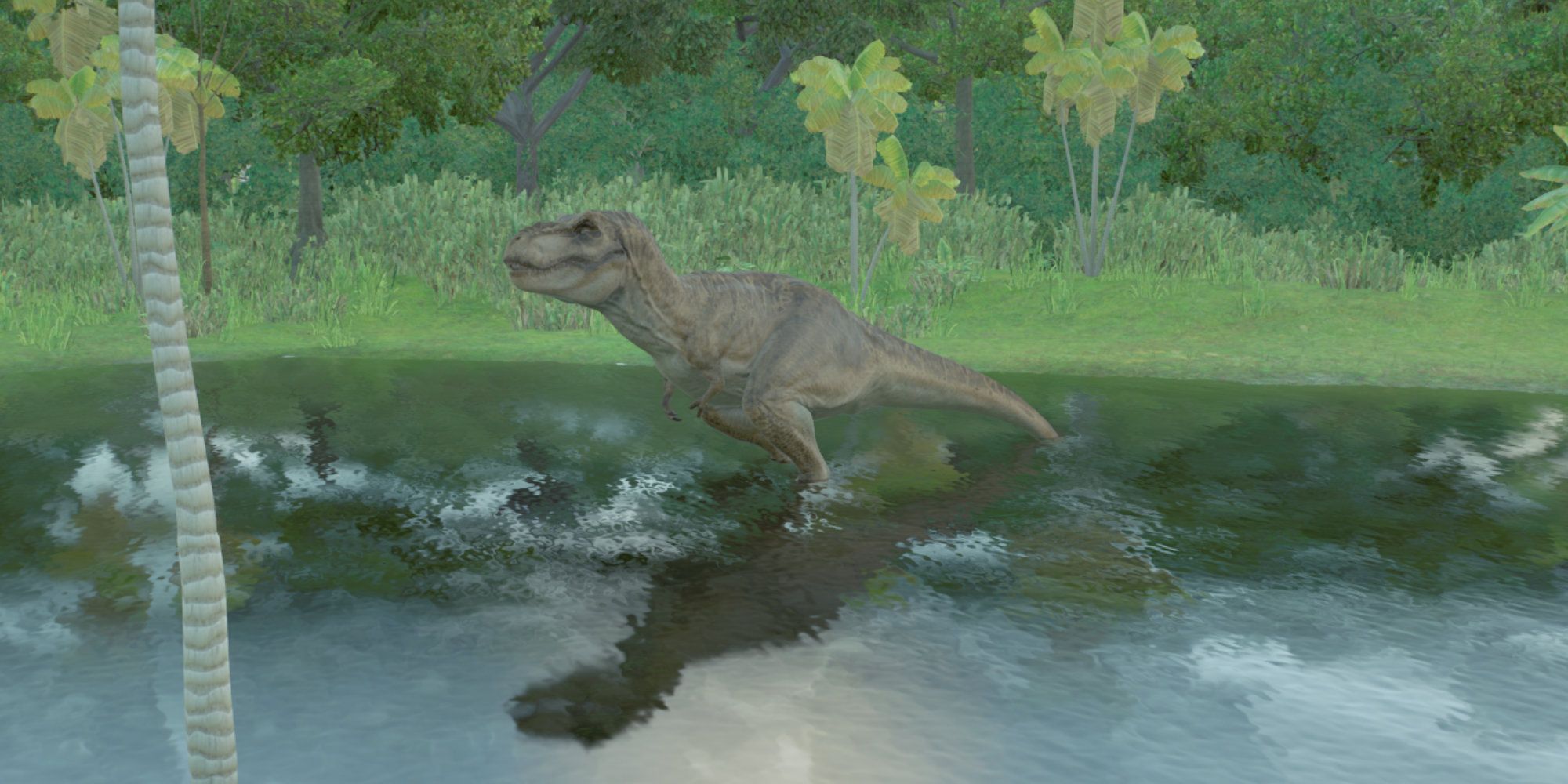 The more high appeal dinosaurs you have the less you'll need in order to pull your park rating up. Dinosaurs are the main attraction but they are only part of the puzzle so you'll also need to look at other facilties. 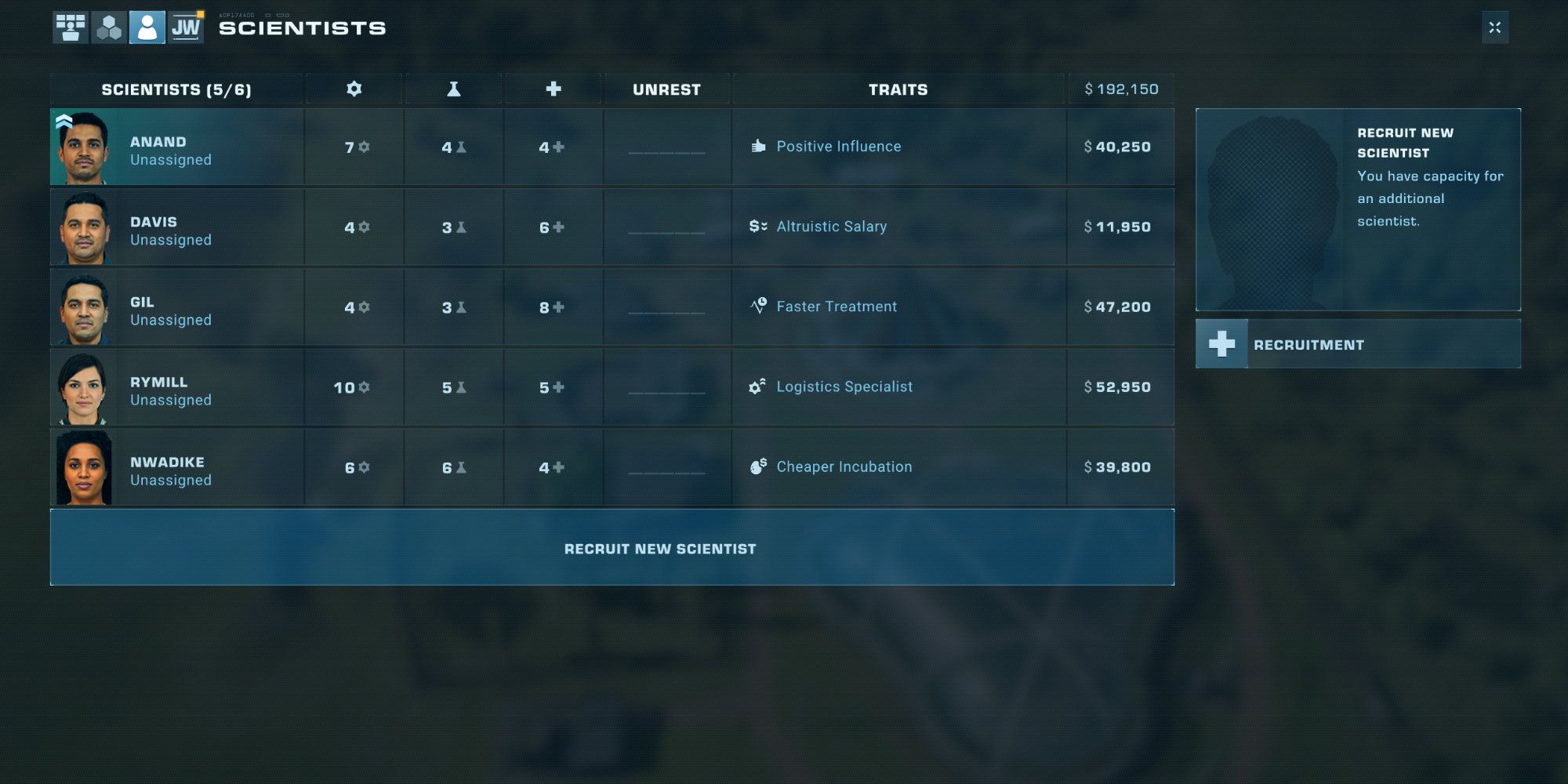 Research is key if you want to succeed. While you can build a very successful park with minimal extra facilties, researching in the right areas will boost your park rating much faster. In order to best facilititate this it's worth assembling a solid team of scientists with mixed abilities.

Hire at least one scientist with a high value in each of the three categories, and try and get a good spread of traits. A scientist with positive influence or fast research will speed up the process. 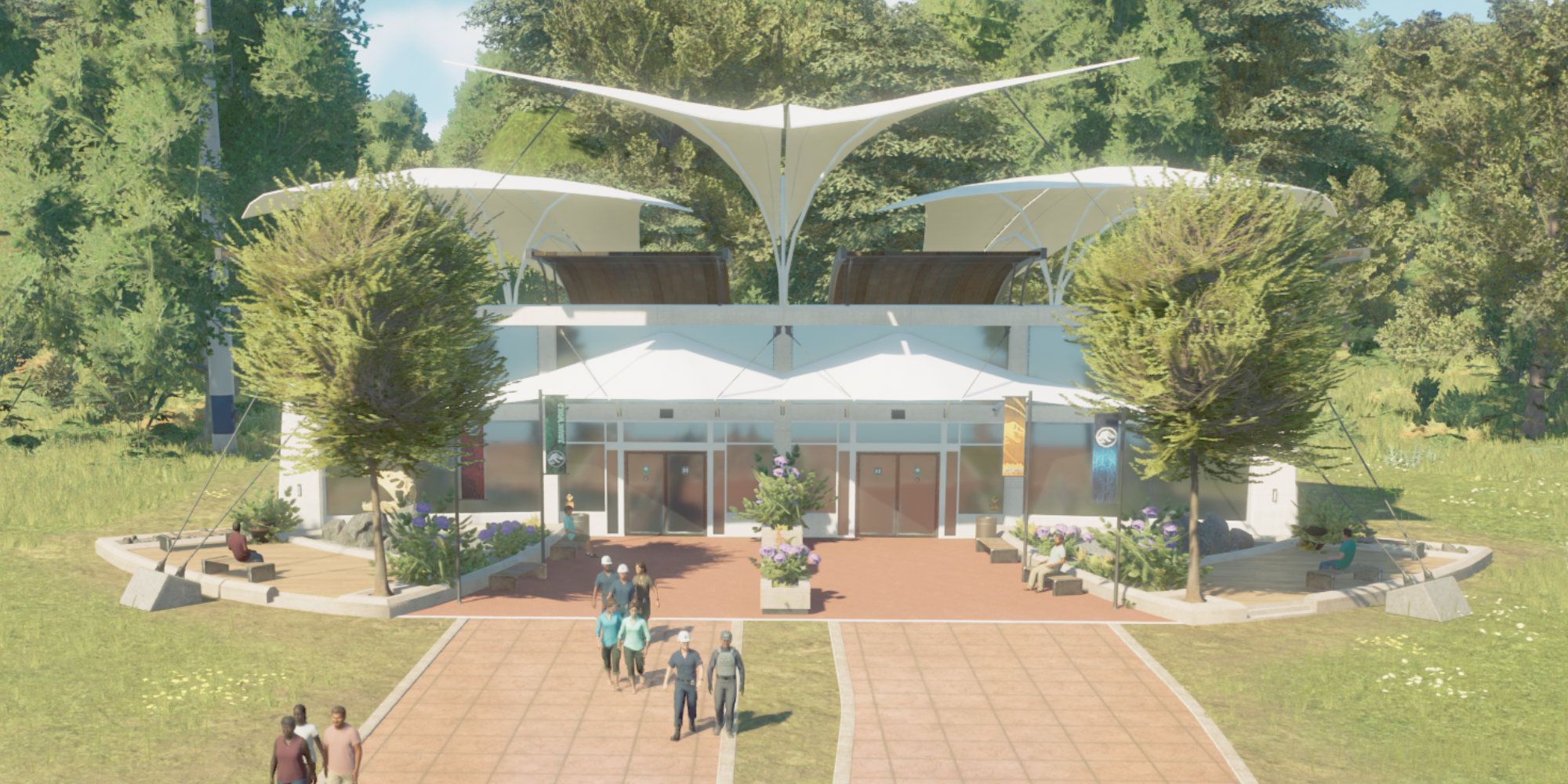 Researching wide paths is one of the easiest ways to keep guests happy. You can use the path options to simply replace each path with a wider version and alleviate congestion without having to adjust anything in the park since the areas around each build allow for this.

Luxury wide paths are more appealing but even just wide regular concrete paths will reduce congestion and ensure guests are kept happy. There are three path widths and you can combine them to ensure easy access to the most popular park areas. 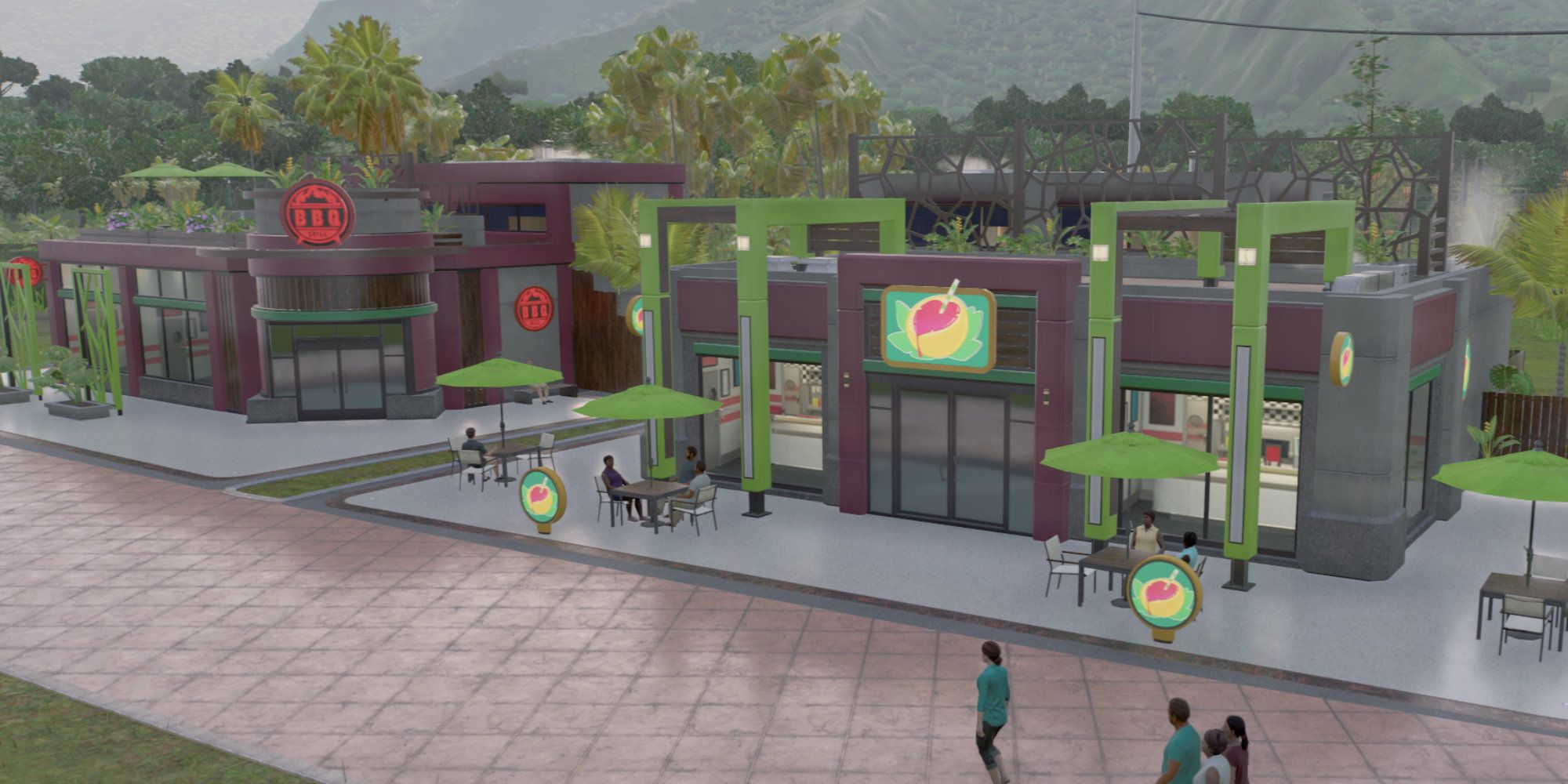 As soon as you have enough guests we recommend unlocking the medium amenities. These will serve a much wider area and hold a lot more guests while taking up little extra space. They also have extra guest modules which are key to maintaining high appeal.

When customizing the buildings you'll now see that there are modules that are far more appealing than those linked to the small amenity. Not only can you use more of these in the medium amenity but you can also use the same high appeal options in your smaller buildings. Go back to your initial builds and make sure you swap out the modules to keep customers flowing.

2
Guest Attractions Can be Incredibly Versatile 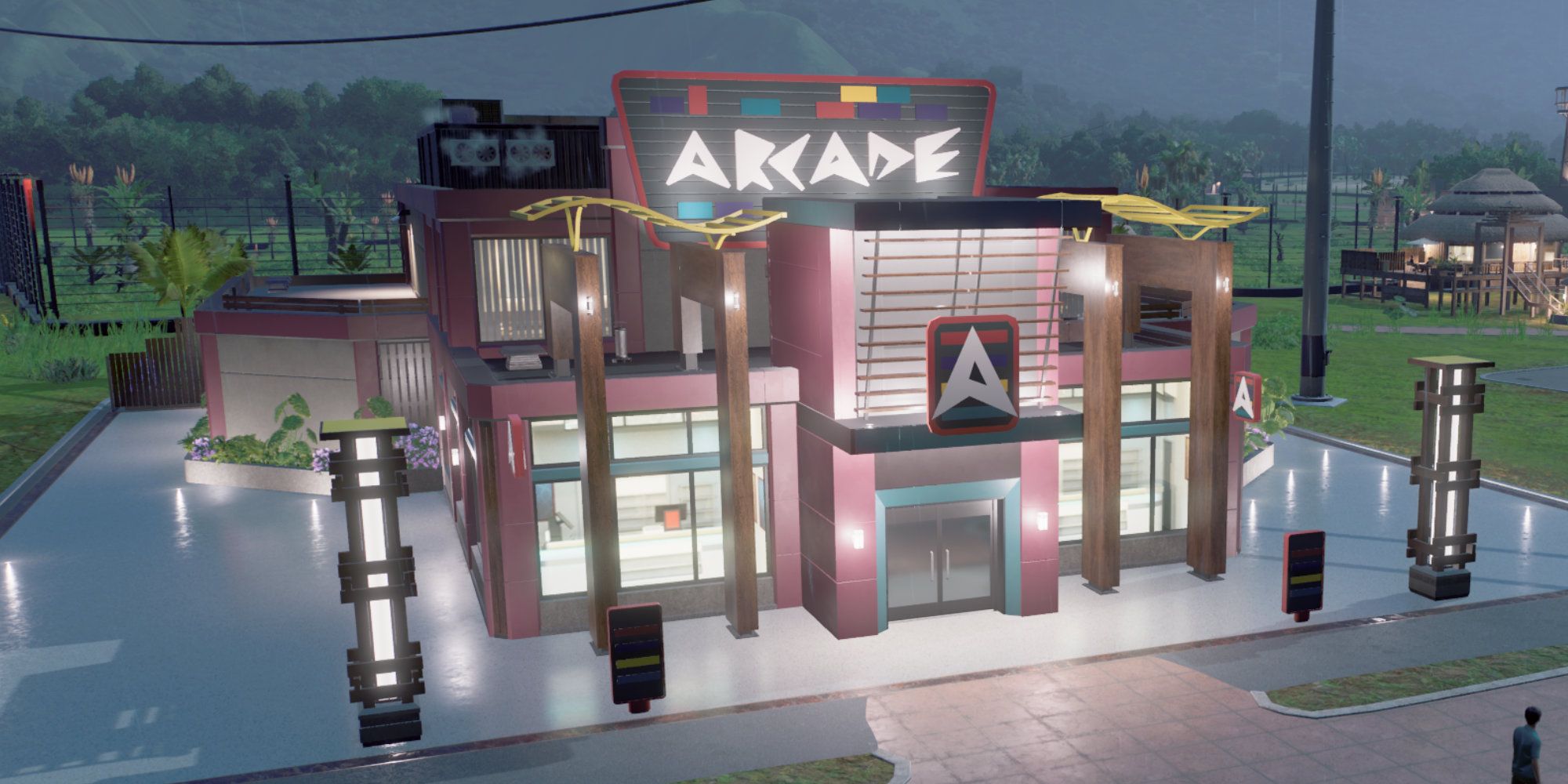 A basic guest attraction can be researched early on and should be prioritized. This is because its appeal value is 100, more than many of the smaller dinosaurs. Further down the research tree you can unlock different options, meaning several attractions can be spread around the park to add low cost appeal.

Since attractions are so appealing you can also place them strategically to guide guests down lesser used paths and into areas you want them to visit that aren't as busy.

1
Make Use Of Hotels 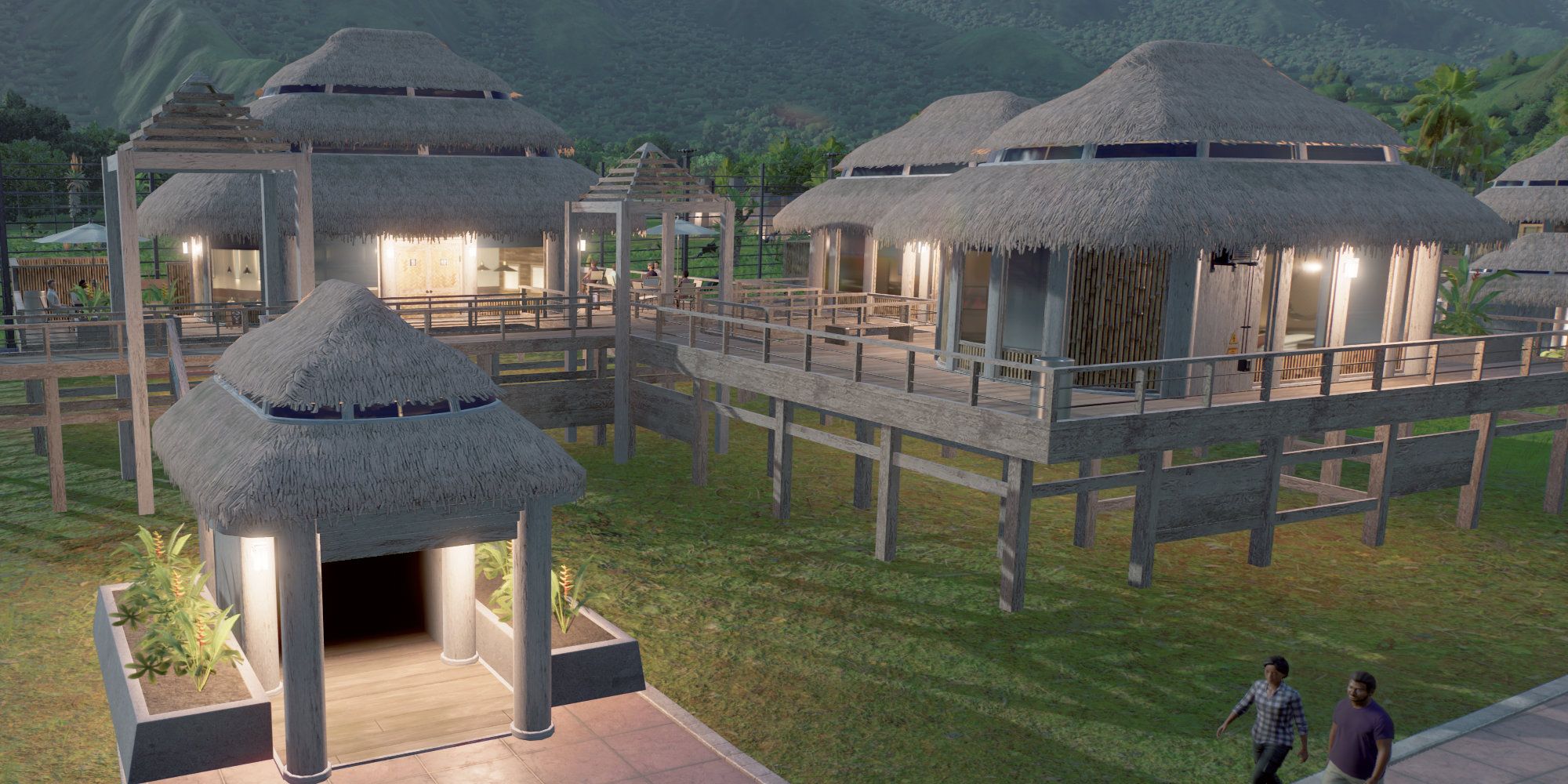 Hotels are the final piece in the puzzle. They increase the number of guests in your park and the better placed they are the more guests will want to come and stay. Small hotels unlock early, with larger versions needing to be researched.

You'll want to place the hotels near to your dinosaur enclosures. Each one has a circular viewing area around it and the more dinosaurs are visible in this space the higher the hotel's appeal. Make sure when you are arranging enclosures that there are some spaces close by to add hotels then watch the guests roll in. 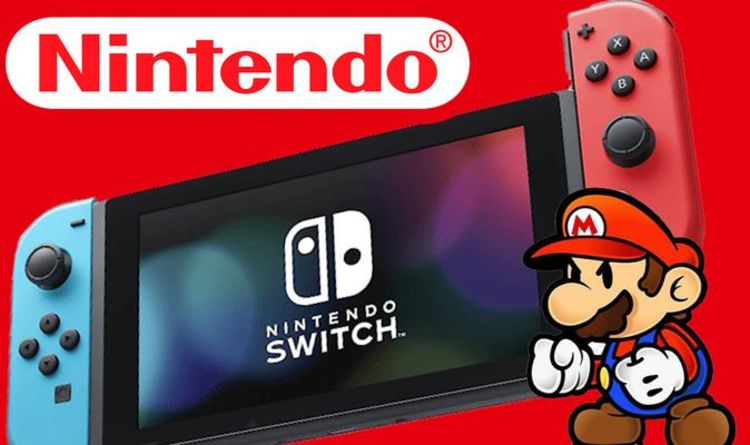 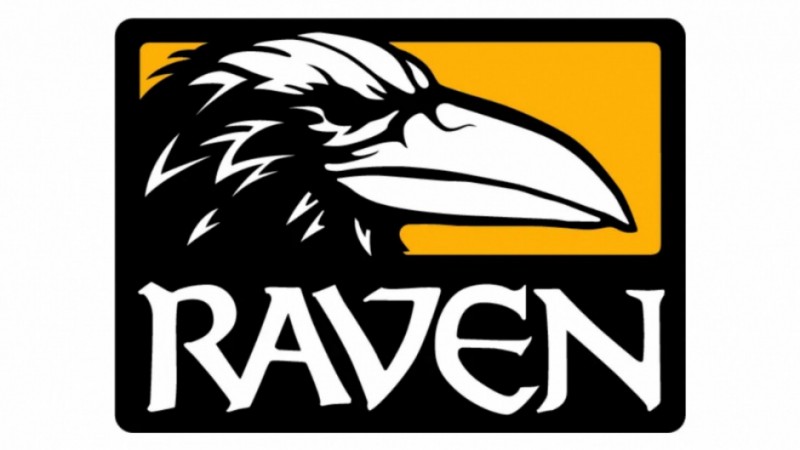