Finding two trains to stand on Kirby and the Forgotten Land’s Metro On Ice stage involves a bit of trainspotting. It’s trickier than it sounds if you’re not given to taking in the environmental details, but the benefit of the metro being frozen is that the trains aren’t going anywhere.

Clearing this optional challenge in the frosty underground is something you can do before leaving the first area, and you’ll get an extra few Star Coins for your trouble. There’s even a hidden capsule near the first train and a secret Waddle Dee stashed near the second train.

First Train To Stand On Location 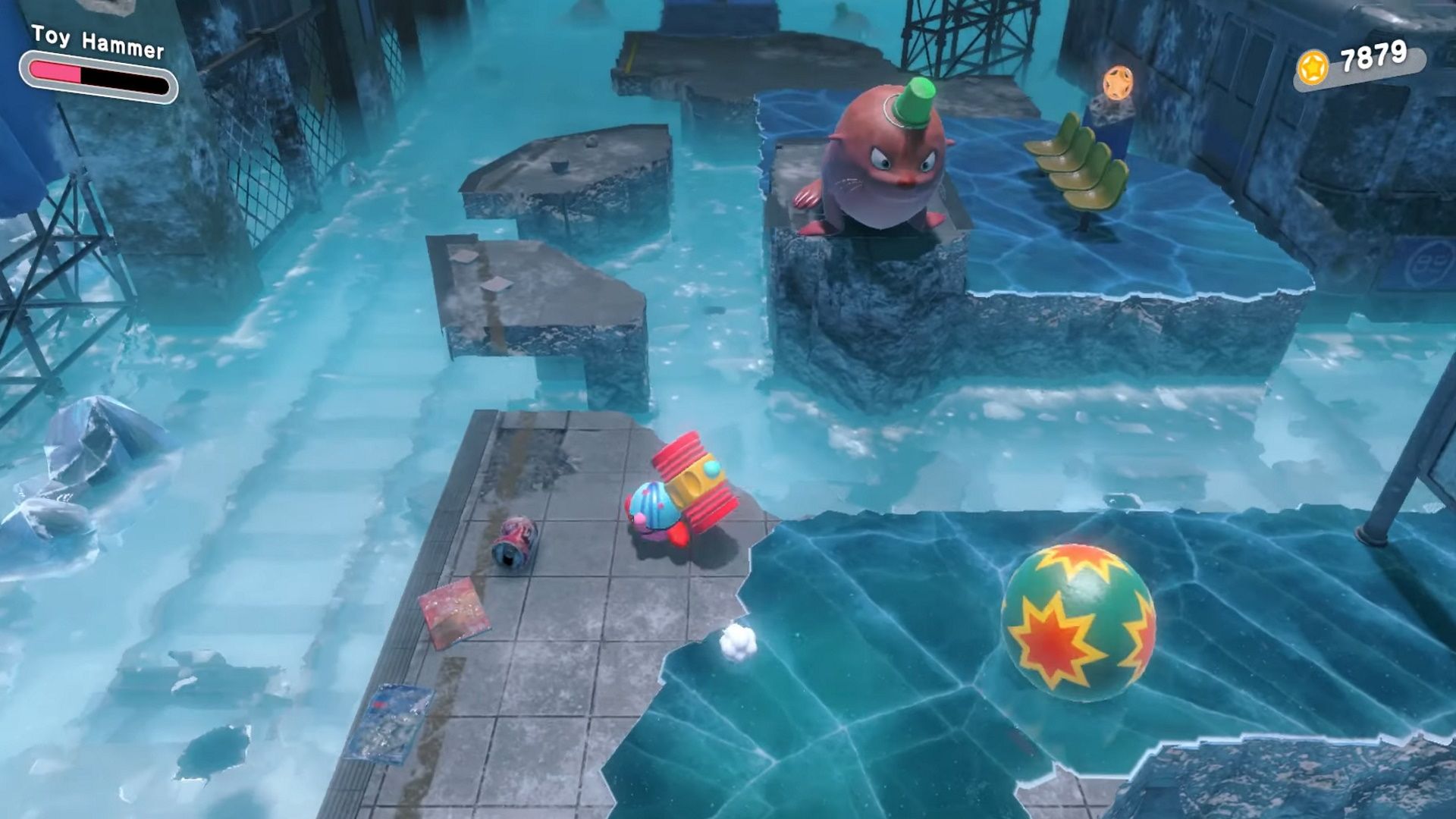 The first train is roughly a quarter of the way through the level, before the mini-boss fight against the bomb-throwing seal and not far past the platform with a circle of Star Coins. As you move beyond the platform with the Star Coins, you’ll come to an area with a bomb seal in front of you and what looks like a large billboard to your right. Duck under the board, and smash the crates in the water to uncover a hidden capsule.

Deal with the seal. To your right is a row of chairs and, behind that, a large frozen rectangle. This is the train, though you can’t really tell what it is until you’re closer. Jump on top and stand still for a second to clear the challenge's first part.

Touch the sparkling spot near the front of the train to uncover a few Star Coins to pad your wallet with.

Second Train To Stand On Location 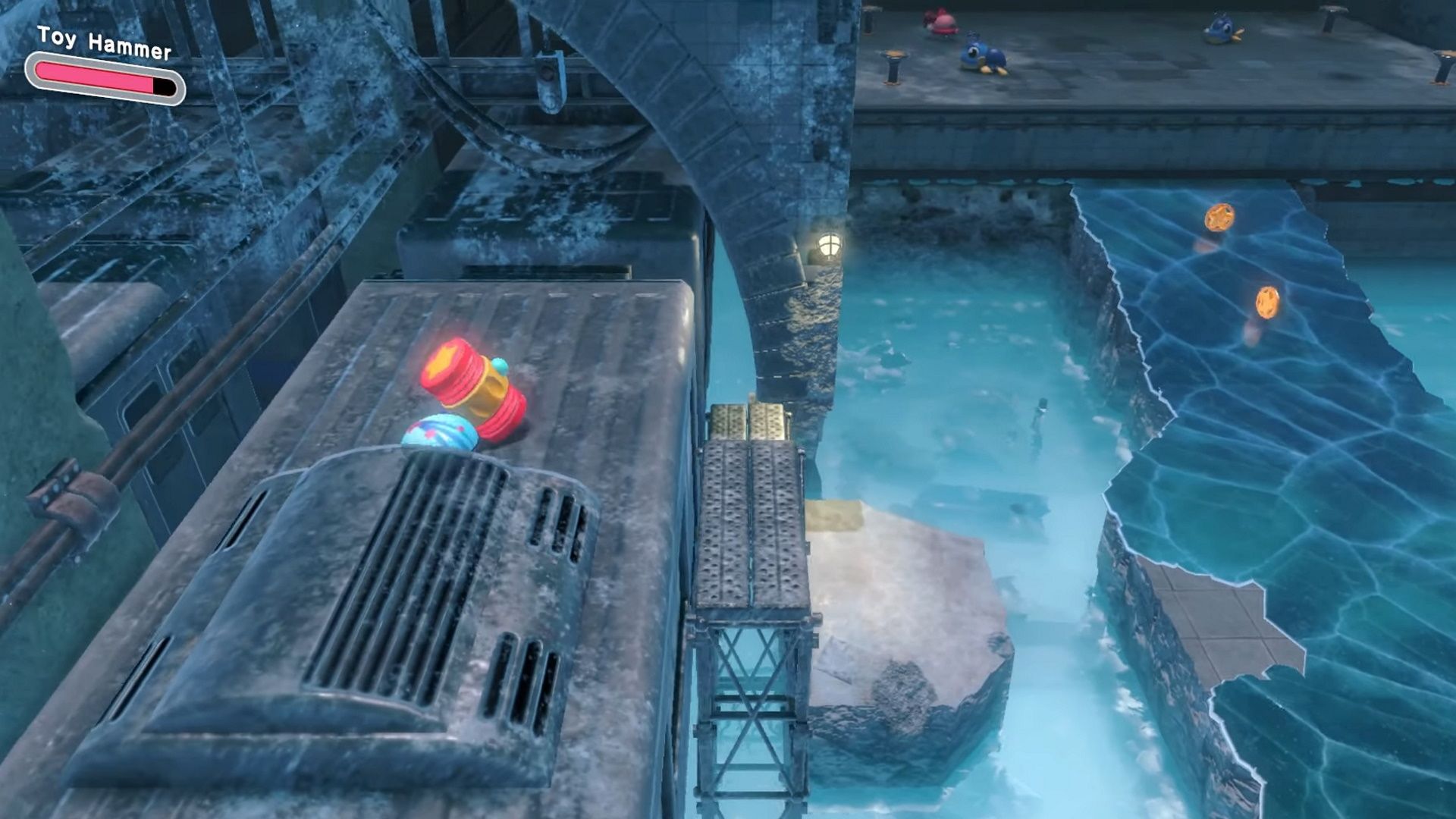 The second train is just a little ways further on. After you defeat the seals and monkeys and remove the barrier around the boss arena, you’ll notice a small, rocky platform to your left. Hop onto it, and climb up the metal scaffolding to reach the train roof. Stand there for a moment like before to clear the challenge.

There’s another sparkly area that makes a circle of Star Coins appear, only this time they show up where the mini-boss fight took place, so touch that if you want some more cash.

Once you’ve defeated the Bouncy enemies on the large platform that’s just ahead, smack the four switches to reveal a secret chamber. Down below is a hidden Waddle Dee for your collection.