Riot Games revealed League of Legends’ newest Champion, Bel’Veth, in a cinematic trailer released last week. Born of the Void that seeks to end all life in Runeterra, Bel'Veth’s name comes from the city that she consumed during her emergence. This isn’t the first time League of Legends has had to deal with a god, but Bel’Veth could be the most terrifying of them all.

In the trailer, we learned how the new Void Empress will take control of the fractured faction for her own twisted ends, and today we’re learning just how players can take control of Bel’Veth’s abilities.

First, Bel’Veth’s passive ability makes her a jungling monster. Death in Lavender provides Bel’Veth with greater attack speed for her next two attacks after using any of her abilities, and taking down champions of large monsters grants her permanently increased attack speed. Bel’Veth doesn’t gain attack speed when she levels up, so killing monsters and champions in the early game will be integral to her success. 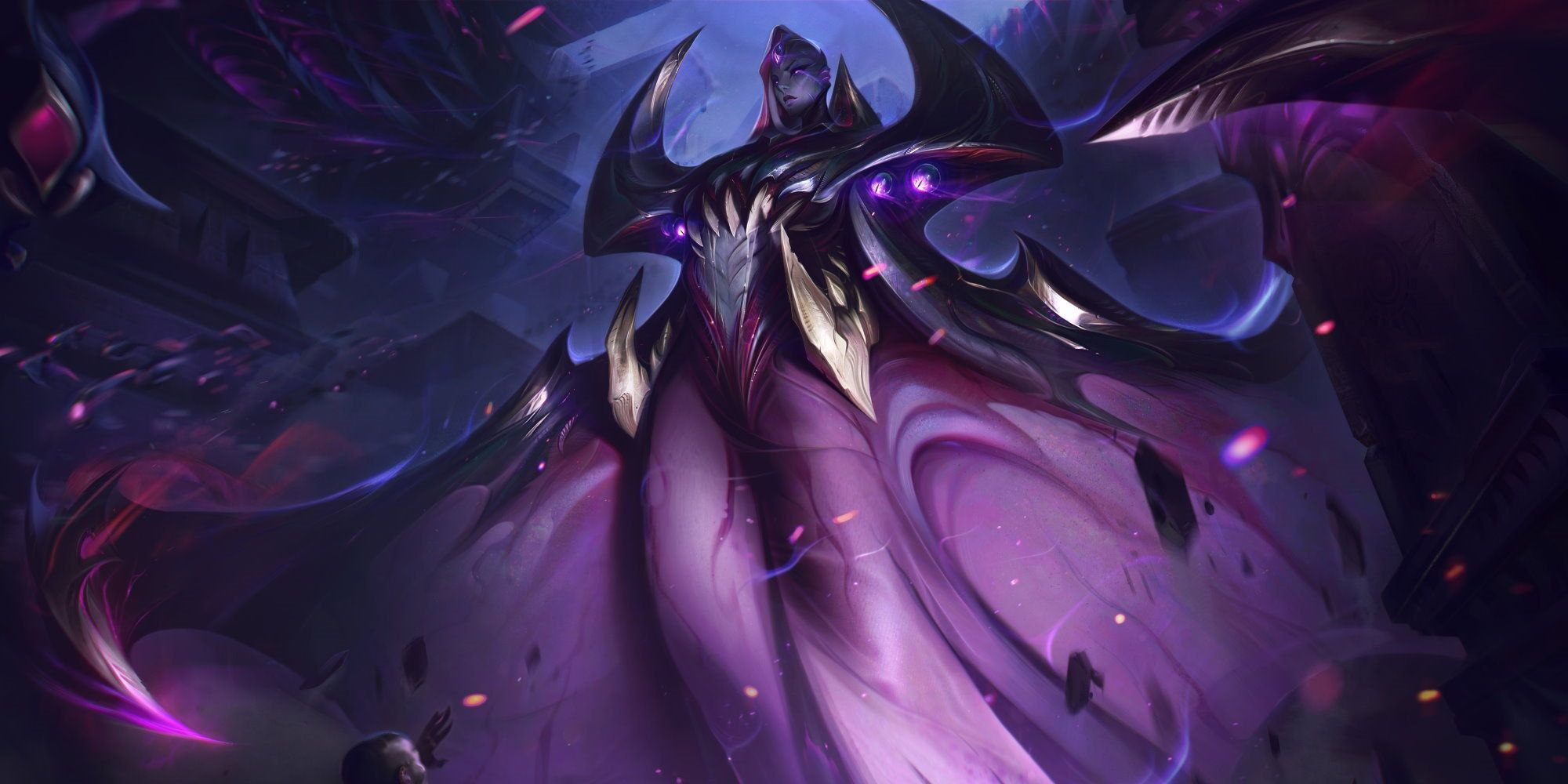 Bel’Veth’s Q ability is Void Surge, a dash that lets her move in four directions, dealing damage and on-hit effects to everyone she touches. Each direction has its own unique cooldown, and that cooldown scales with Bel’Veth’s current attack speed.

Above and Below is her W ability, a tail slam that deals damage, knocks enemies into the air, and slows them. It also reduces the cooldown of Void Surge in the direction of any champion she hits.

Royal Maelstrom is a large AOE where Bel’Veth channels a storm of slashes around her by pressing E. The storm grants Bel’Veth damage reduction and lifesteal, and deals more damage to the lowest health enemy within the Maelstrom. As with most of her abilities, Bel’Veth’s attack speed increases the number of slashes dealt with Royal Maelstrom.

And finally, Bel’Veth’s ultimate ability is Endless Banquet. After unlocking her R ability she gains a passive buff that lets her deal extra stacking True Damage every second attack against the same target. Also, takedowns against champions and epic monsters leave Void Coral, while Void epic monster like Rift Herald of Baron Nashor leave “voidier” Void Coral. The active part of Endless Banquet consumes a piece of Void Coral to cause an explosion, dealing slow and True Damage to nearby enemies. It also changes Bel’Veth into her true form: a terrifying Void monster with increased health, movespeed, attack range, and attack speed. It also allows her Q ability to teleport through walls.

Bel’Veth will definitely make a big splash she arrives in update 12.11.