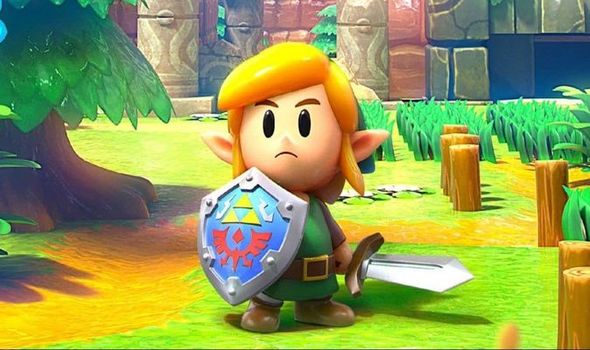 Legend of Zelda Link’s Awakening’s release date is less than a week away on Nintendo Switch.

The bad news, however, is that fans face a longer wait for the review scores to go live.

According to a recent tweet by Metacritic, the review embargo doesn’t lift until the day before the September 20 release date.

This means that fans will have to wait until September 19 for reviews to be published.

The Metacritic tweet suggests that the embargo will lift at 5am Pacific time, which means UK fans will be able to find out more about the game at 1pm BST.

Considering the remake has been more than 25 years in the making, a few extra days shouldn’t make much difference.

Indeed, Legend of Zelda Link’s Awakening is a fully-fledged remake of the 1993 Game Boy release.

It features a colourful new art style, as well as a new dungeon building mode.

Nintendo explains more: “During your adventures, Link will acquire mystical items called ‘Chamber Stones’ that can be arranged into custom layouts to form Chamber Dungeons!

“Mix and match different chambers to your hearts content: place an entrance, add some puzzles, keys, boss battles, and everything in-between.

“Once your Chamber Dungeon is complete, try to conquer it and reap the rewards within!”

While it’s been compared to Mario Maker, early impressions have not been kind to the Chamber Dungeons feature.

Fortunately, however, the Chamber Dungeons are optional, and aren’t said to negatively impact the experience.

Fans wishing to pre-order The Legend of Zelda: Link’s Awakening can get a good deal by visiting the Nintendo website.

According to Nintendo, purchasing the game between August 20 and September 22 will net customers double Gold Points.

The Gold Points are worth £5, which can be redeemed against future eShop purchases.

You can even pre-load Link’s Awakening ahead of its release date, meaning you can jump into the action the moment it goes live.