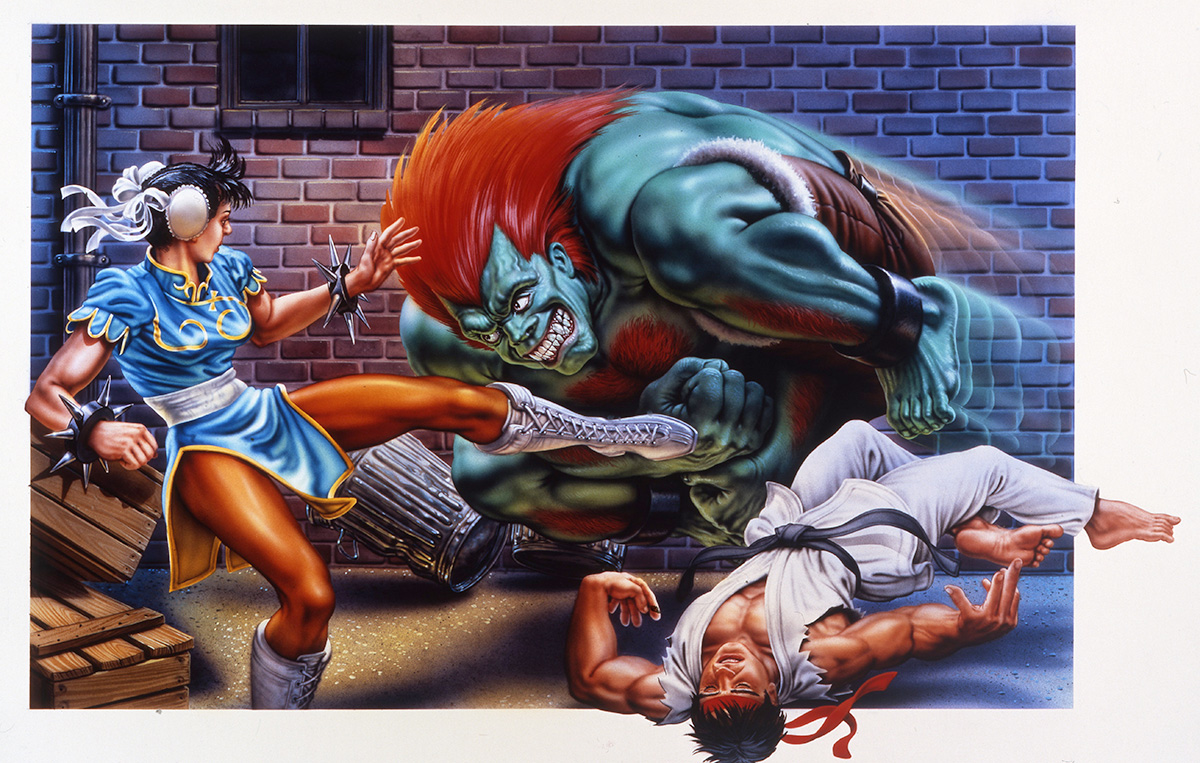 Artist Mick McGinty was responsible for some of the most iconic box art of the 16-bit era but his son has announced that he’s passed away.

Now that boxes themselves are becoming increasingly unimportant, the art of video game box art is beginning to decline as well. You still need artwork to splash across online stores and the like but in days gone by, when video game graphics couldn’t necessarily sell themselves, box art was much more important.

There’s been many a terrible Mega Drive or SNES game that has been made to look much more interesting than it is by great box art, but American artist Mick McGinty was able to create some classic designs while also working on genuinely great games.

Even today, different artwork is often used in Japan, America, and Europe and McGinty was responsible for the American box art for the SNES versions of Street Fighter 2.

McGinty also worked on a number of other key Mega Drive titles for Sega, including Streets Of Rage 2, Shining Force, and Kid Chameleon – for which his son posed as the model.

McGinty’s work on Street Fighter 2 was recently parodied for the movie Free Guy, which is timely proof that his work remains just as iconic now as it was in the 90s.

According to his son Jobey, McGinty worked for a wide range of prominent clients during his lifetime, including Adidas, McDonald’s, and Universal Studios.

Mick McGinty had also done illustrations for Sega games such as Streets of Rage 2 (cover art + an unused cover art proposal) and the US version of the 3rd episode: pic.twitter.com/zDIVqfQHWY