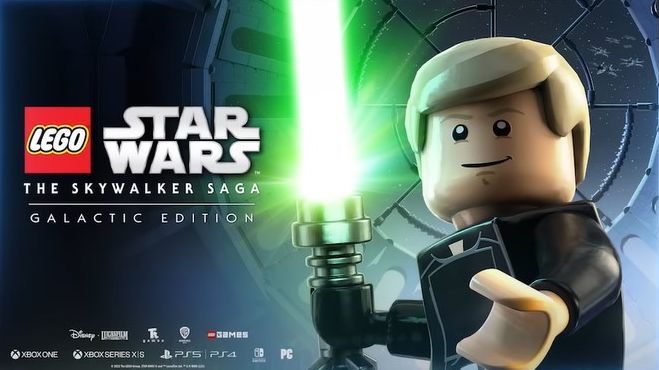 Dozens of new characters are being added to Lego Star Wars, as Disney also announce a new Castle Of Illusion sequel and… Gargoyles Remastered?

The bad news here is that while Disney showcased multiple new games at their D23 event on Friday night there was no sign of Star Wars Jedi: Survivor or any of the other multitude of upcoming Star Wars games, about which we know next to nothing.

The one game that was mentioned, was Lego Star Wars: The Skywalker Saga, which will include all previously released DLC, plus six new packs of minifigures including newer characters such as Reva from Obi-Wan Kenobi and Cassian Andor, as well as old favourites from the Rebels and Clone Wars animated series.

You’ll be able to buy the packs separately, but the new ones are Andor, Lego Star Wars: Summer Vacation TV Special, Obi-Wan Kenobi, The Book of Boba Fett, Rebels, and The Clone Wars. That makes for over 30 new characters overall, although we hope the new ones have dialogue this time, instead of all being mute.

The announcements were split fairly evenly between family friendly fare and more adulted-oriented games, including a new 2D Mickey Mouse platformer called Disney Illusion Island. It looks more like Rayman Legends than Castle Of Illusion on the Mega Drive, but officially it’s part of the same series.

It uses the same art style as the most recent Mickey Mouse shorts and lets you play as Mickey, Minnie, Donald, and Goofy in four-player co-op.

The most unexpected announcement was Gargoyles Remastered, a revamp of a 16-bit game we imagine most people have never heard of, based on an animated show most have probably never seen. We can only assume both were bigger in the US than here.

Also detailed was racing game Disney Speedstorm, which sounds like a Mario Kart clone but doesn’t look that much like one, and a Halloween season for mobile game Mirrorverse.

Pokémon Go developer Niantic also announced a new Marvel AR game called Marvel World Of Heroes, which is due out next year.