The team behind EN Publishing’s Level Up Advanced 5th Edition is already pumping out the content, starting with new character creation rules. This new take on Dungeons & Dragons 5E aims to make it “crunchier” by giving players more flexibility. Despite only announcing the project and assembling a team last month, the creators already have their playtest version of character origins ready to go. This new system adds features and ability scores based on a mix of heritage, culture, and background.

Level Up Advanced 5th Edition comes at a time when may D&D fans are reexamining the idea of race. Amid current events, many are voicing the concern that tying a character’s stats to their race is both dated and limiting as a gameplay concept. Several independent D&D creators have already reworked race to provide more player options. Even the Wizards of the Coast plans to offer alternatives in the next official book. Level Up Advanced wasn’t created specifically to address the racial aspects of D&D, but its first release, Origins, does give players a more varied portfolio of character creation options.

Anyone can download “Level Up Playtest #1 – Origins” for free. The full project will eventually cost money when it hits Kickstarter in it finalized form. For now, however, the only price asked is feedback. The way it works in this version is that players choose a heritage (natural characteristics that replace race in 5e), a culture (which determines things like preferred weapons and languages), and a background (this is where ability score bonuses come from). 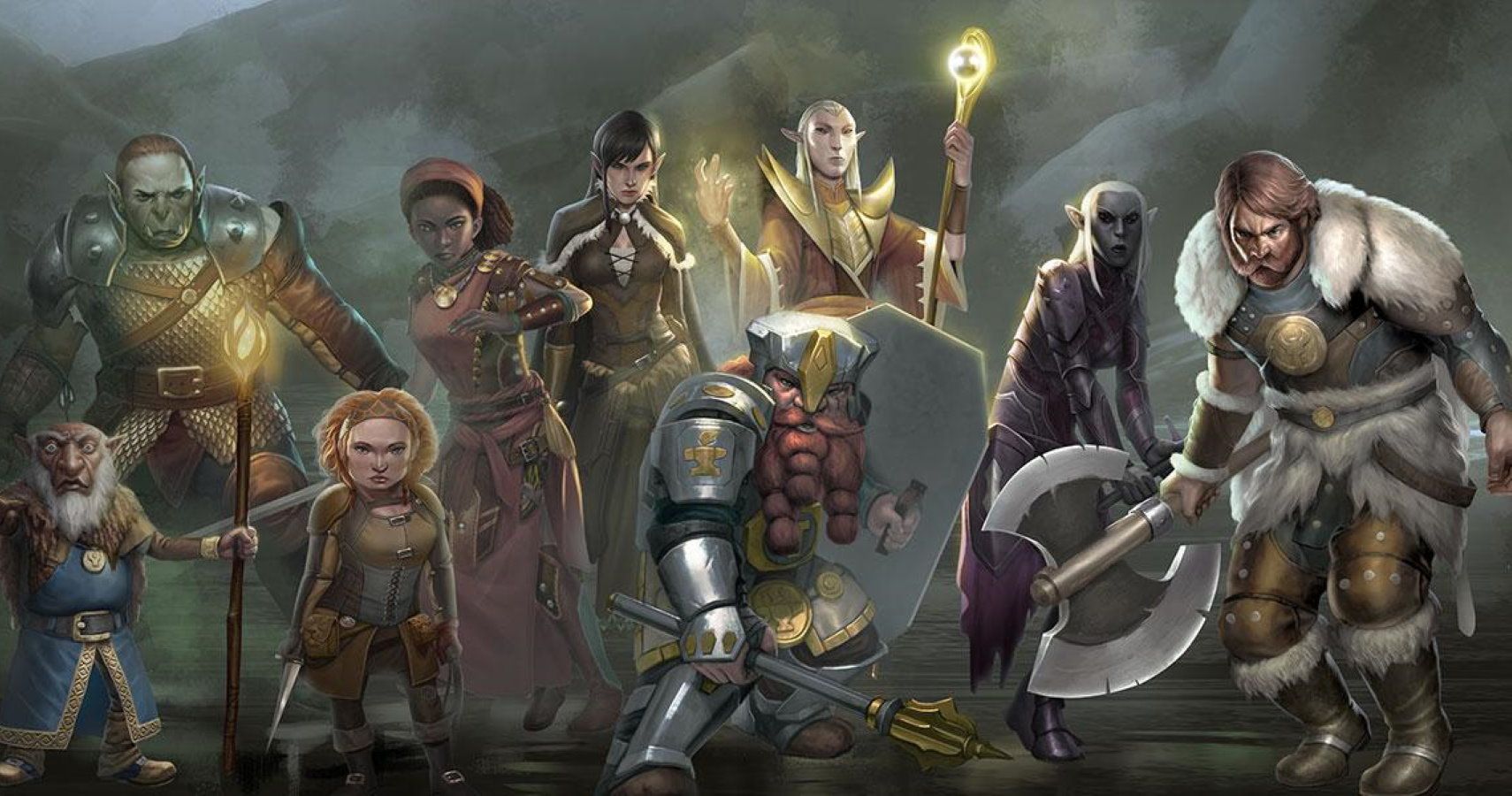 Customization is the name of the game here. Each of the races from the basic 5e rules (what you’ll find in the Player’s Handbook) are given four cultures drawn from their usual lore. So fans of classic D&D can still make a hammer-swinging dwarf from a mining family. Nothing is taken away, but quite a bit is added for a sort of mix-and-match style of creation. The Mixed Heritage system is one simple rule that allows for the creation of half-elves, half-gnomes, or maybe even tieflings with a dragon body.

The concept of splitting culture and background is what allows players to get away from the standard D&D build if they so choose. Players are free to combine any culture and background with any heritage, as long as they can come up with the backstory to fit it all together. If you want to make your dwarf a merchant’s son who learned martial arts on the streets to become a monk, you can. And you can do with so ability score bonuses that actually fit the monk class, rather than the typical dwarf stats.

Level Up Playtest #1 – Origins is available to download now, and anyone with complaints (or compliments, even) is invited to fill out a survey on the content.