You might be tempted to throw down with the "Pumpkin King" of Lost Ark as soon as you enter Sunbright Hill, but you might want to reconsider taking on World Boss Wili-Wili too soon. This scythe-wielding Jack Skellington look-a-like is a true terror to deal with, even if you are higher in level.

Besides just the ferocity of his attacks, Wili-Wili resides in a very narrow part of the map, making evading his moves extremely difficult. If you plan on fighting this World Boss on your own to complete your Adventurer's Tome, take some time to prepare beforehand. 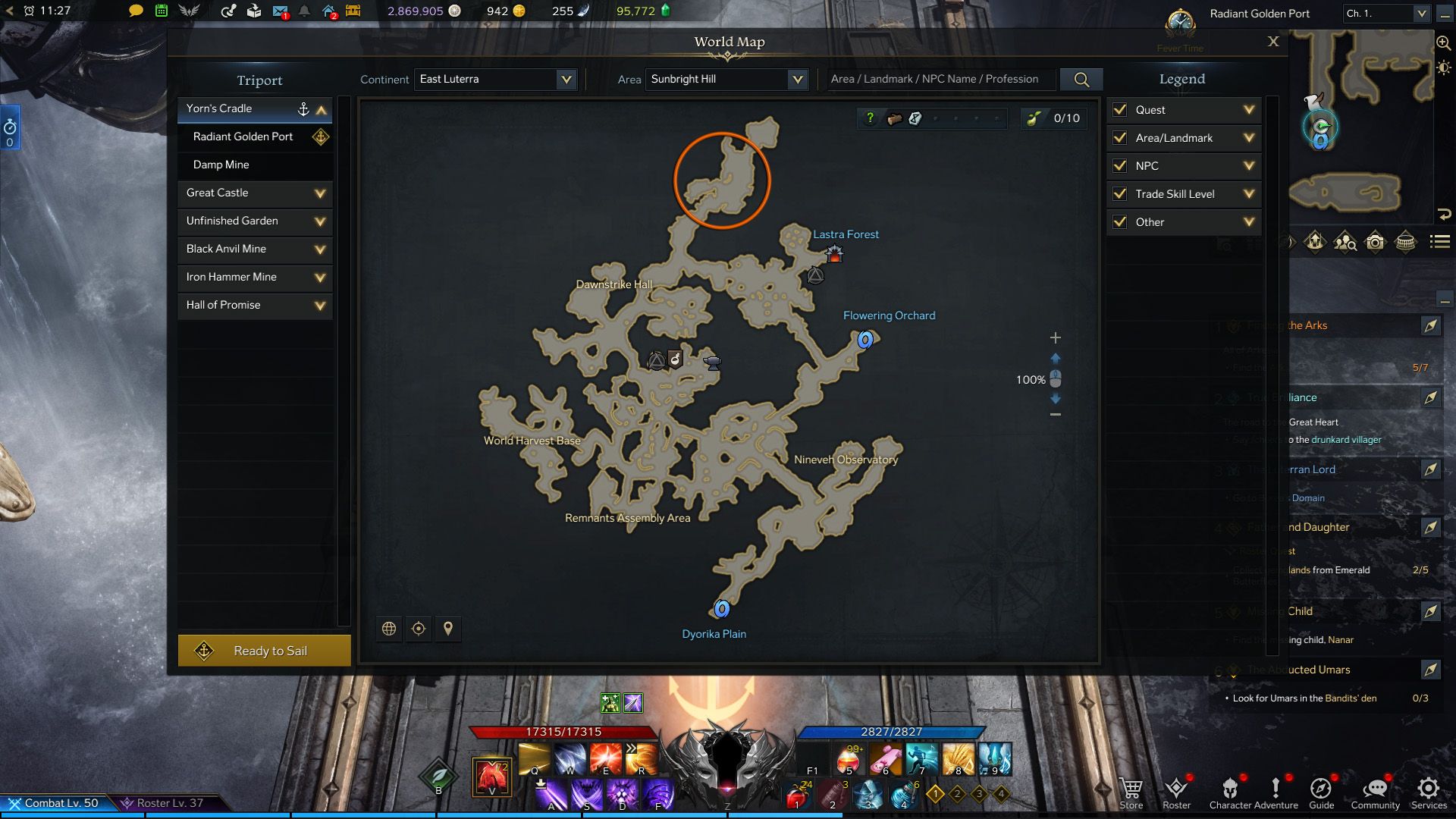 Wili-Wili roams the sunflower fields in the northernmost part of Sunbright Hill, just before the dead-end. From the Lastra Forest dungeon Triport, you can move west and take the very first turn-off north. 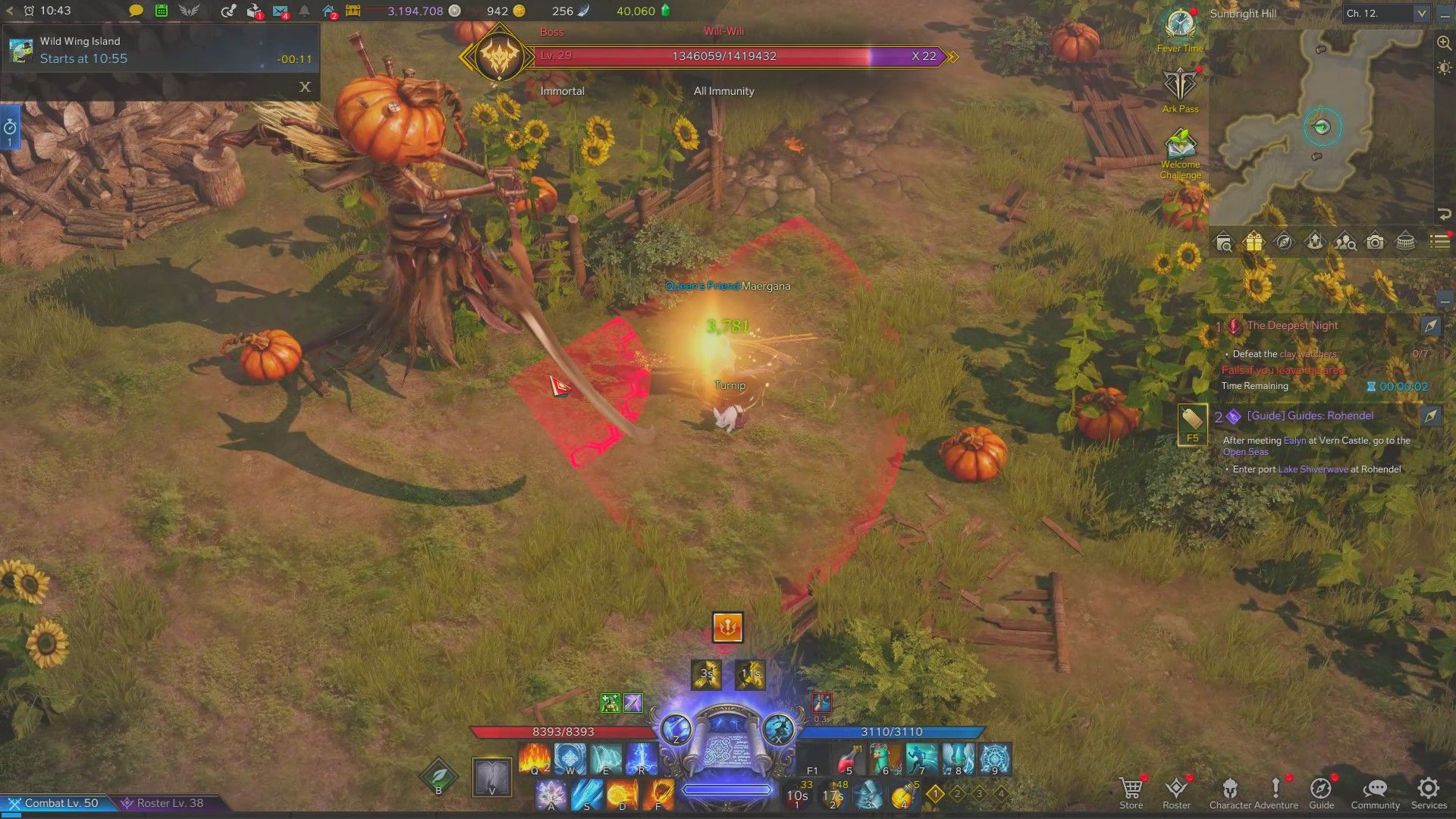 As you chip away at his health, Wili-Wili's attacks become progressively quicker. Towards the end, these moves will begin to stack, making it even harder to navigate the area he dwells in.

What Gear To Bring 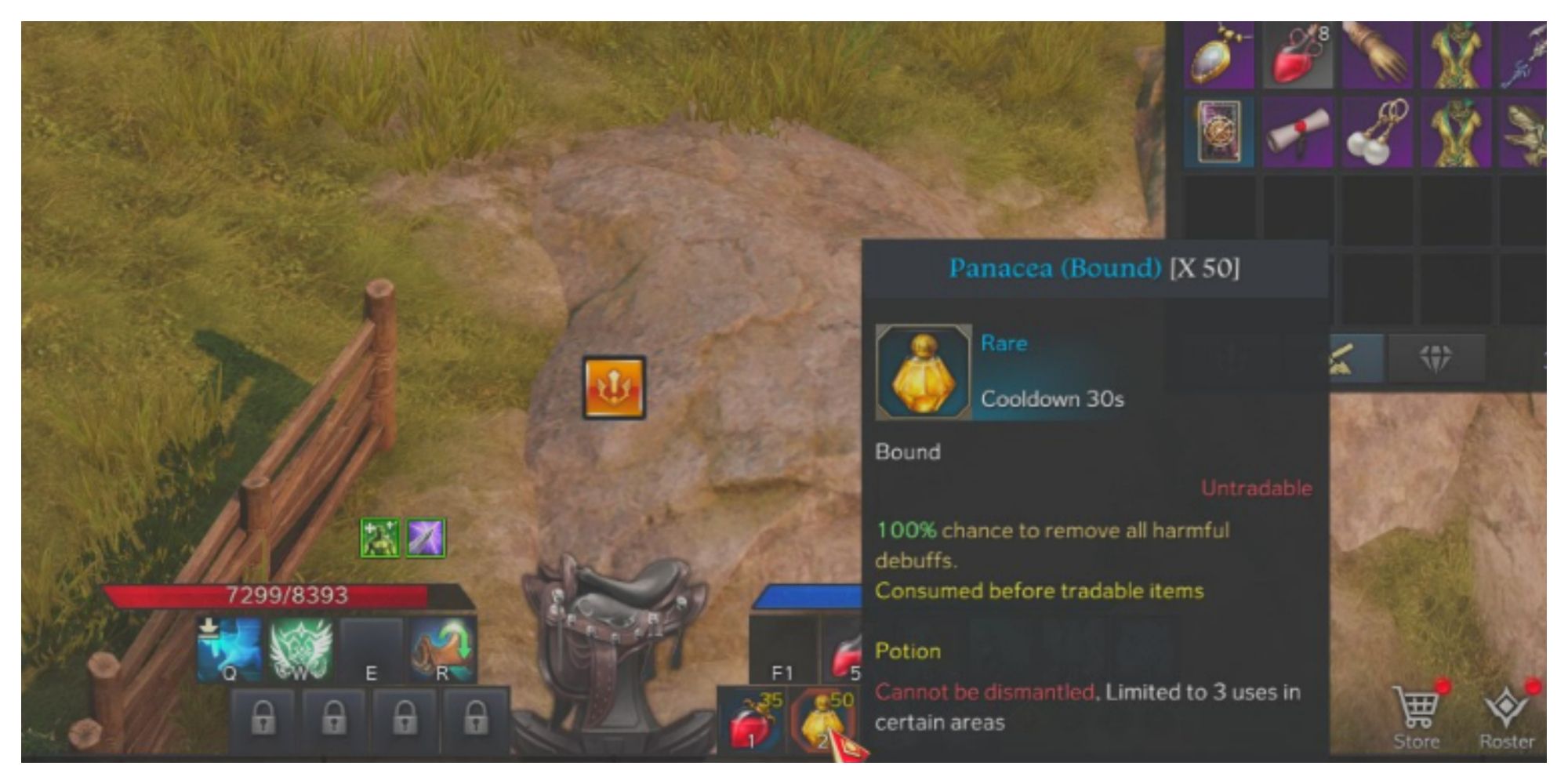 What makes Wili-Wili such a beast to defeat is all the various knockback effects and movement debuffs he elicits with his moves. While these can be difficult to avoid, there are two items that can help you navigate this fight:

Avoiding all of Wili-Wili's attacks is a tall order, but if you are struggling, activating a Swiftness Robe can help you evade them faster. Particularly the Swirling Dervish move. If you happen to bump into one of Wili-Wili's pumpkins, not only will you be thrown down, but you get hit with a movement debuff.

If you are not keen on getting chain-stunned essentially, popping a Panacea Potion will cancel the debuff to help you escape. 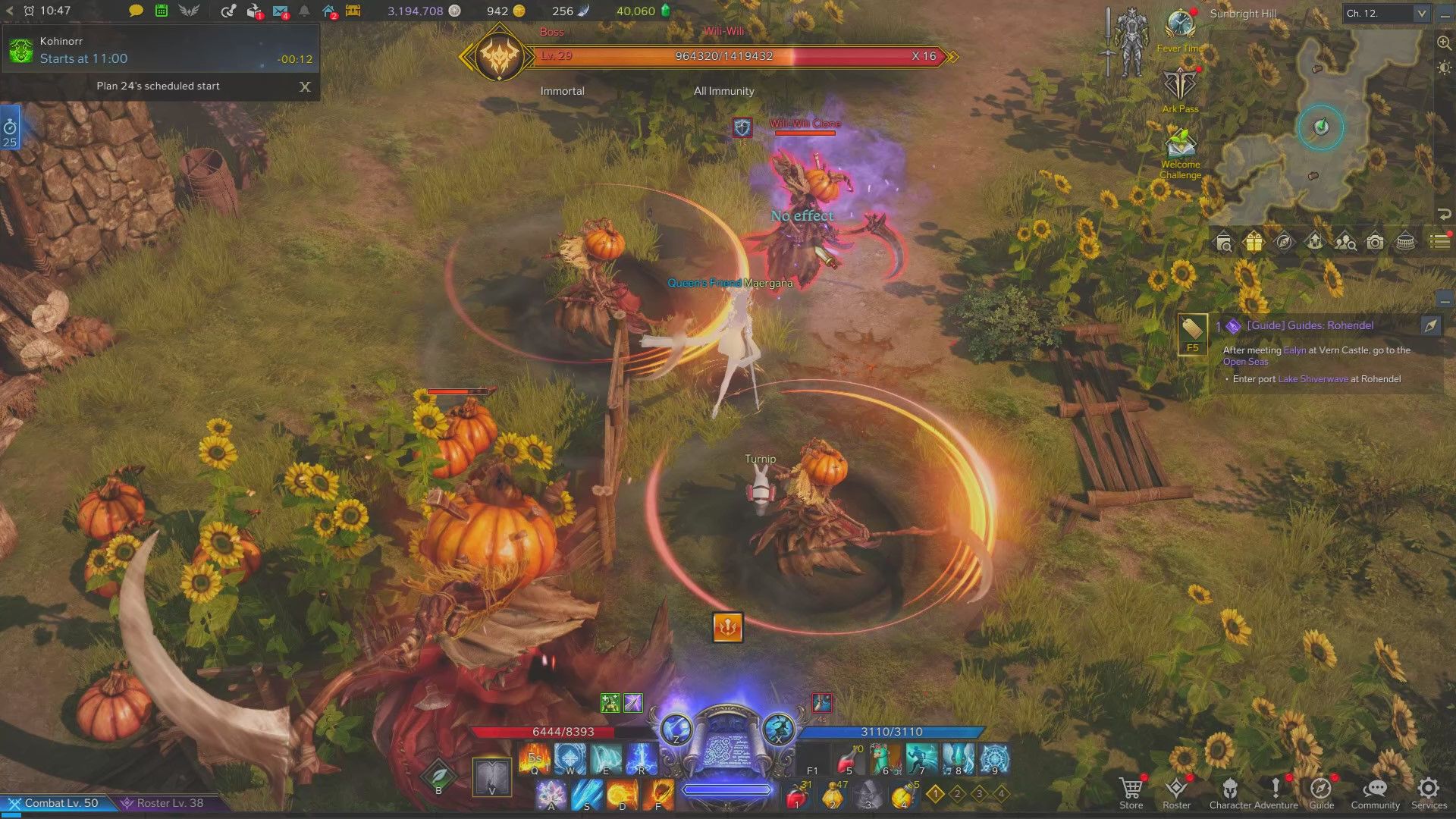 The biggest obstacle in this World Boss fight is not even Wili-Wili himself, but the environment. The area is incredibly narrow while his AOE attacks are pretty large, altogether a bad combination. If you have it available to you, equip more than one movement ability from your Combat Skills.

Do not be afraid to move into the sunflower fields to avoid AOE attacks, but be wary of Wili-Wili's Pumpkin Patch move, which can be easily concealed in the tall flowers. Back Attacks can prove particularly effective against Wili-Wili if you can catch him in one of his small moments of rest.

If you only have one movement ability to rely on, save it for the end of Wili-Wili's Swirling Dervish attack. The last swipe of his scythe during this spinning attack will knock you down. 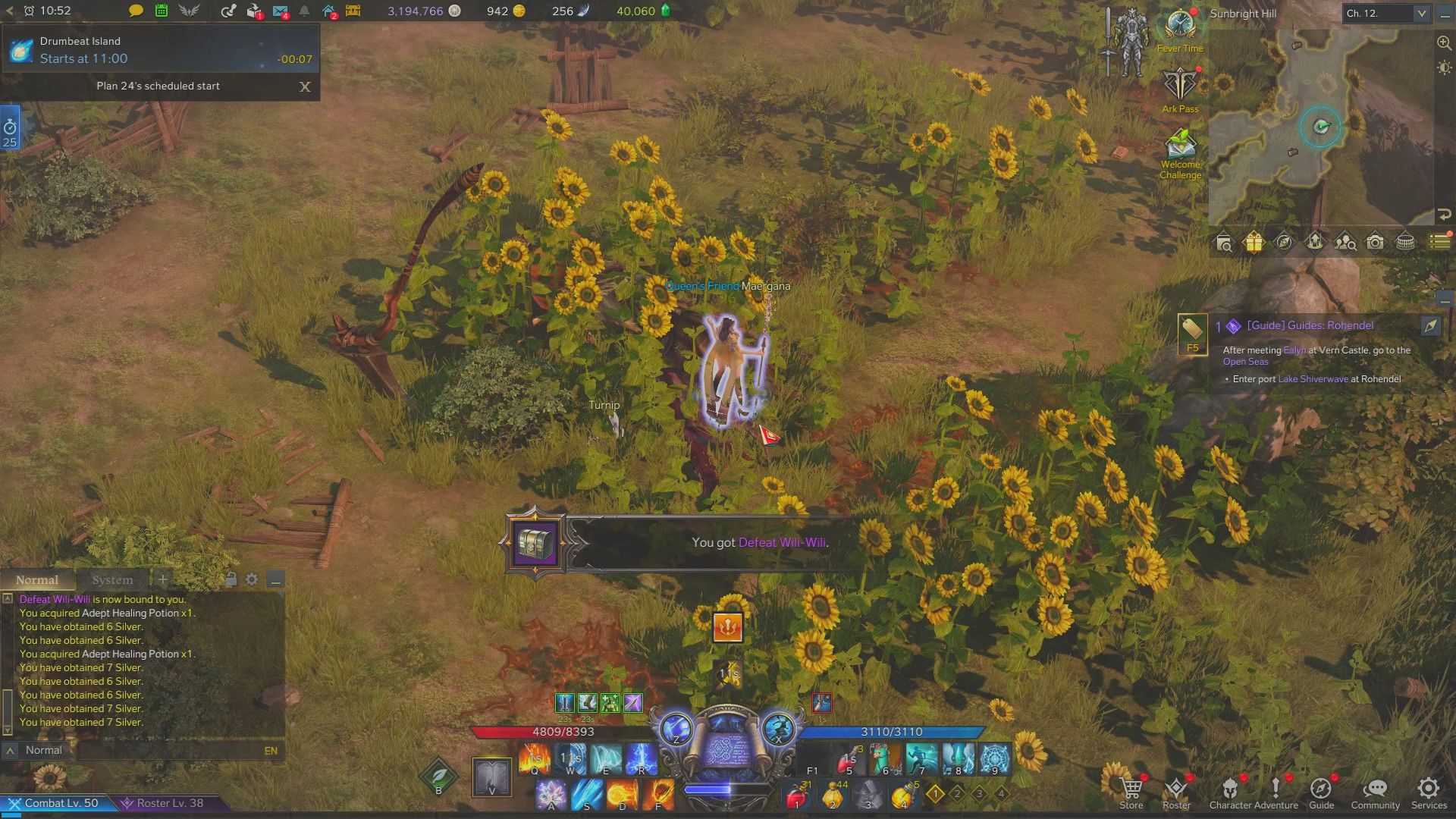 Wili-Wili is one of the best beginner's World Bosses as far as rewards go, particularly because he drops not only collectibles but a special Engraving Stone. You should consider taking on Wili-Wili as you approach the end-game or whenever you start your Engraving journey.

You can also find all the following items in the special chest Wili-Wili drops: