It's time to hit the streets and pledge allegiance to your family, as Magic: The Gathering's newest set, Streets of New Capenna, has finally launched. With five demonic crime families, plenty of support for three-colour decks, and new mechanics like casualty and blitz to play with, it's more than a worthy successor to the incredible previous set, Kamigawa: Neon Dynasty.

With a new set, of course, comes a new Mastery Pass for Magic: The Gathering Arena. Across 70 levels you can earn plenty of rewards, including avatars for each of the five crime bosses. Here is everything you need to know about the Streets of New Capenna Mastery Pass and Mastery Tree.

What Is The Mastery Pass? 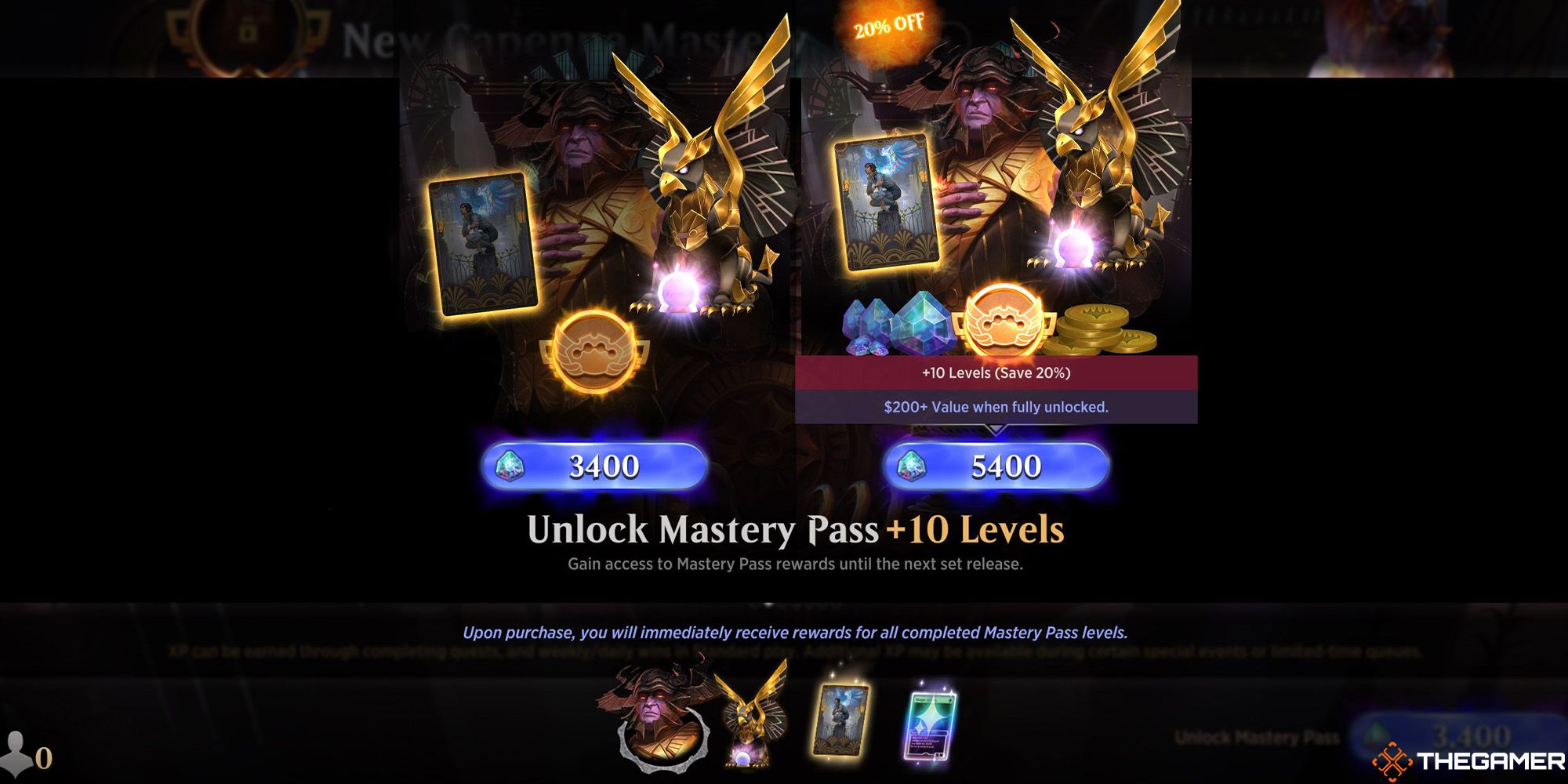 The Mastery Pass is Magic: The Gathering Arena's equivalent of a battle pass (or, to keep it in card games, Yu-Gi-Oh! Master Duel's Duel Pass). For each new premiere set that releases, a new Mastery Pass is introduced with a number of set-themed rewards and cosmetics to earn for as long as that set is the newest one available.

How To Level Up The Mastery Pass 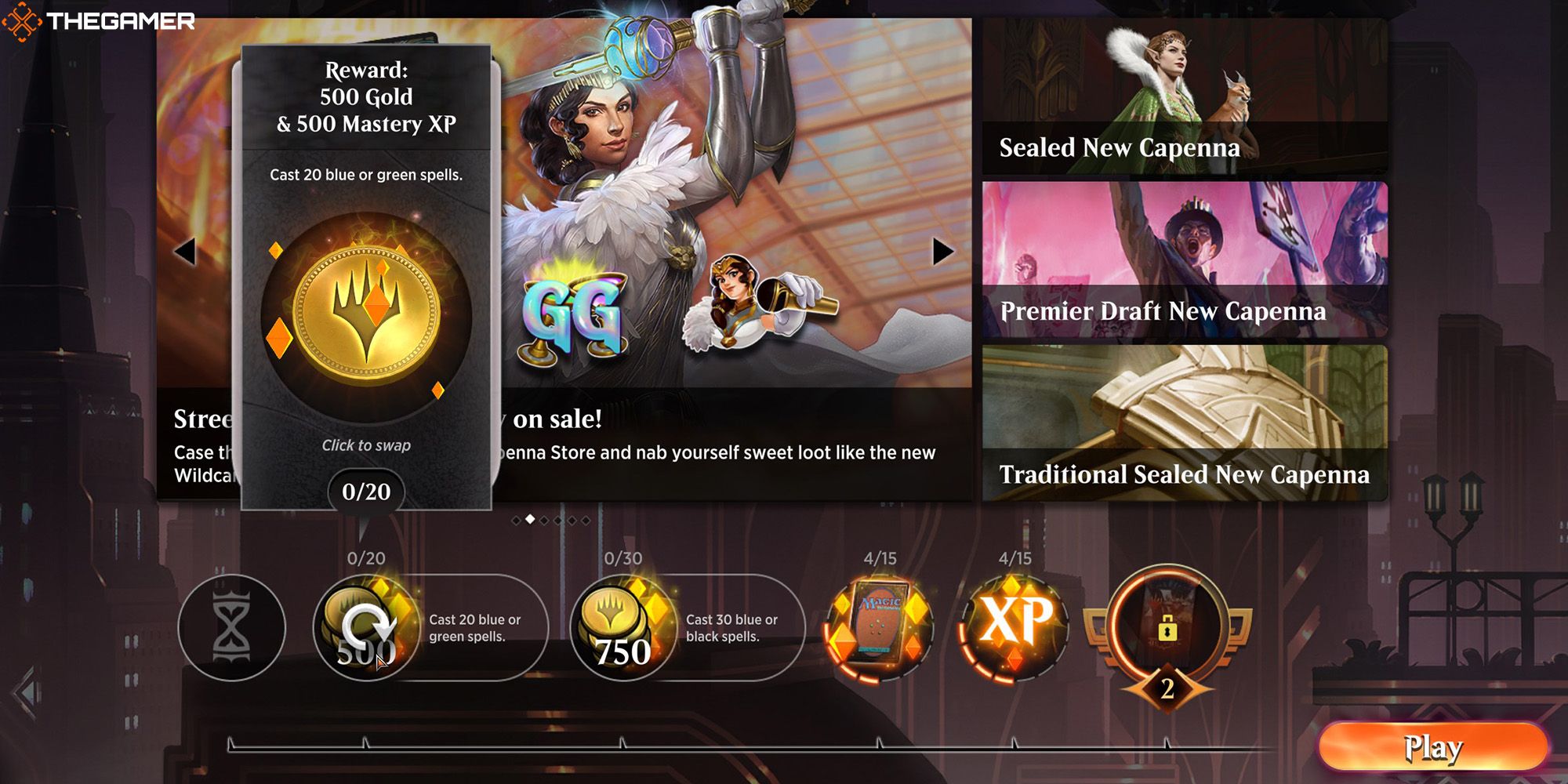 To level up your Mastery Pass, you must complete the quests found on the main menu of the game.

On the main menu, you will find five quests: three for performing certain in-game actions, one for daily wins, and one for weekly wins. The most time-efficient of these are easily the three game action ones – for instance, one quest might tell you to "cast 20 blue or green spells" and rewards you with 500 gold and 500 Mastery XP for doing so. Once you have completed a quest, you must wait for the daily refresh before you will be assigned a new one. If you have a good variety of decks in a number of different colours, it's easy to complete all three of these quests every day.

The other two quests are simply rewards for playing the game as intended, and are less effective in grinding up your Mastery level. Winning 15 games in one day will both complete your daily and weekly victory quests, but for 250XP for each quest (a total of 500XP), it isn't worth the time you could put in to completing the other three missions for a total of 1500XP. 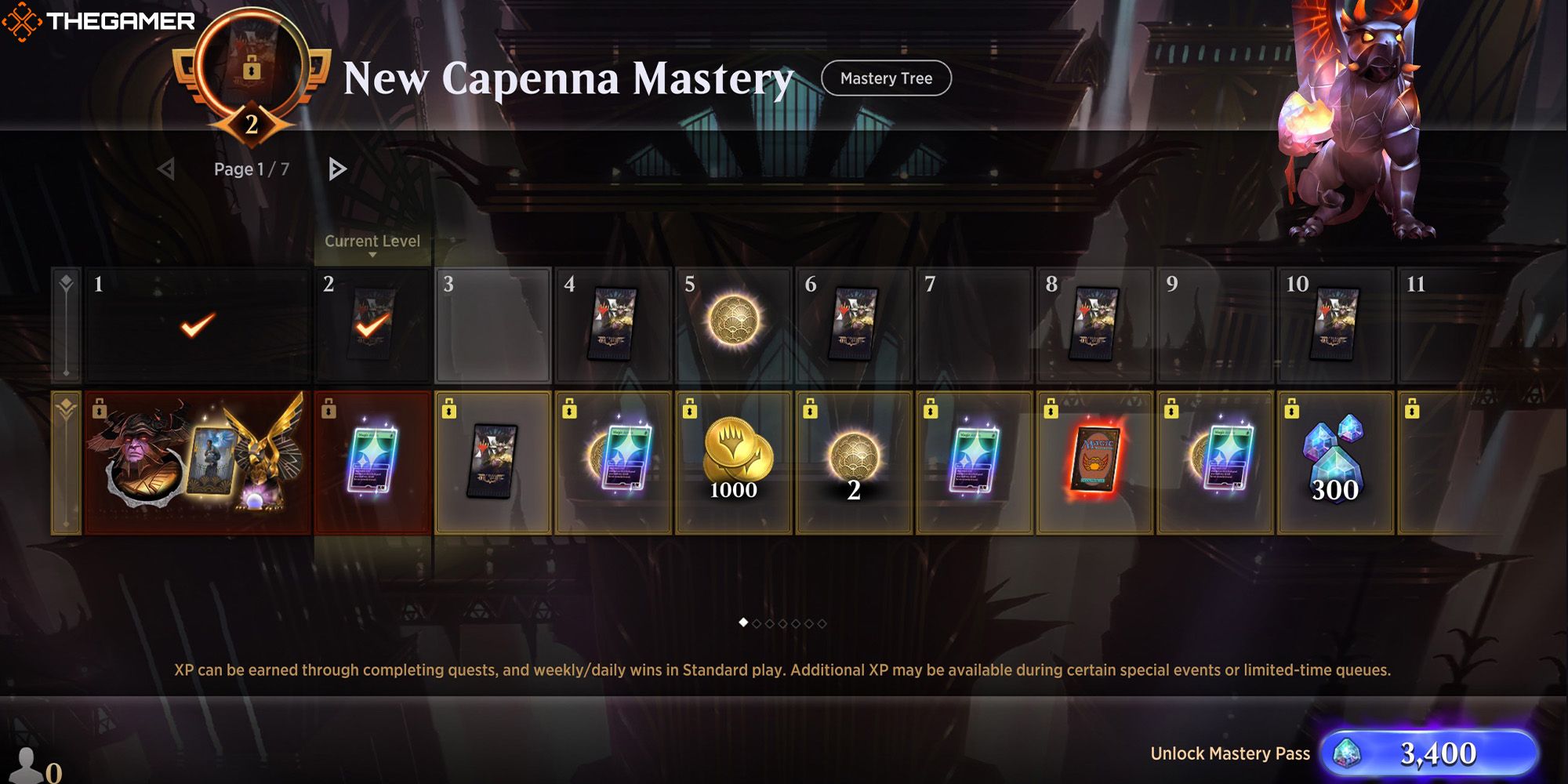 As with earlier Mastery Passes, rewards are split into two categories: the free rewards for all players, and the expanded rewards for those who bought the unlocked Mastery Pass.

If you want to stay on the free track, you don't need to do anything. Every player automatically starts at the first level of it, and simply playing the game will progress you through it. It isn't a terrible offering, either, as you get 27 booster packs and five Mastery Orbs, which are used to unlock items on the Mastery Tree.

By paying 3400 gems (€19.99), you can unlock the full Mastery Pass, which gives you access to both the free and unlocked rewards. For 5400 gems, you can buy a fast-tracked Mastery Pass which also gives you enough XP to immediately unlock the next ten levels (regardless of which level you're already on). The unlocked pass includes more Mastery Orbs, an additional 20 booster packs from across the current Standard rotation (the oldest set being Zendikar Rising), and a huge number of card style cosmetics for cards from Streets of New Capenna. 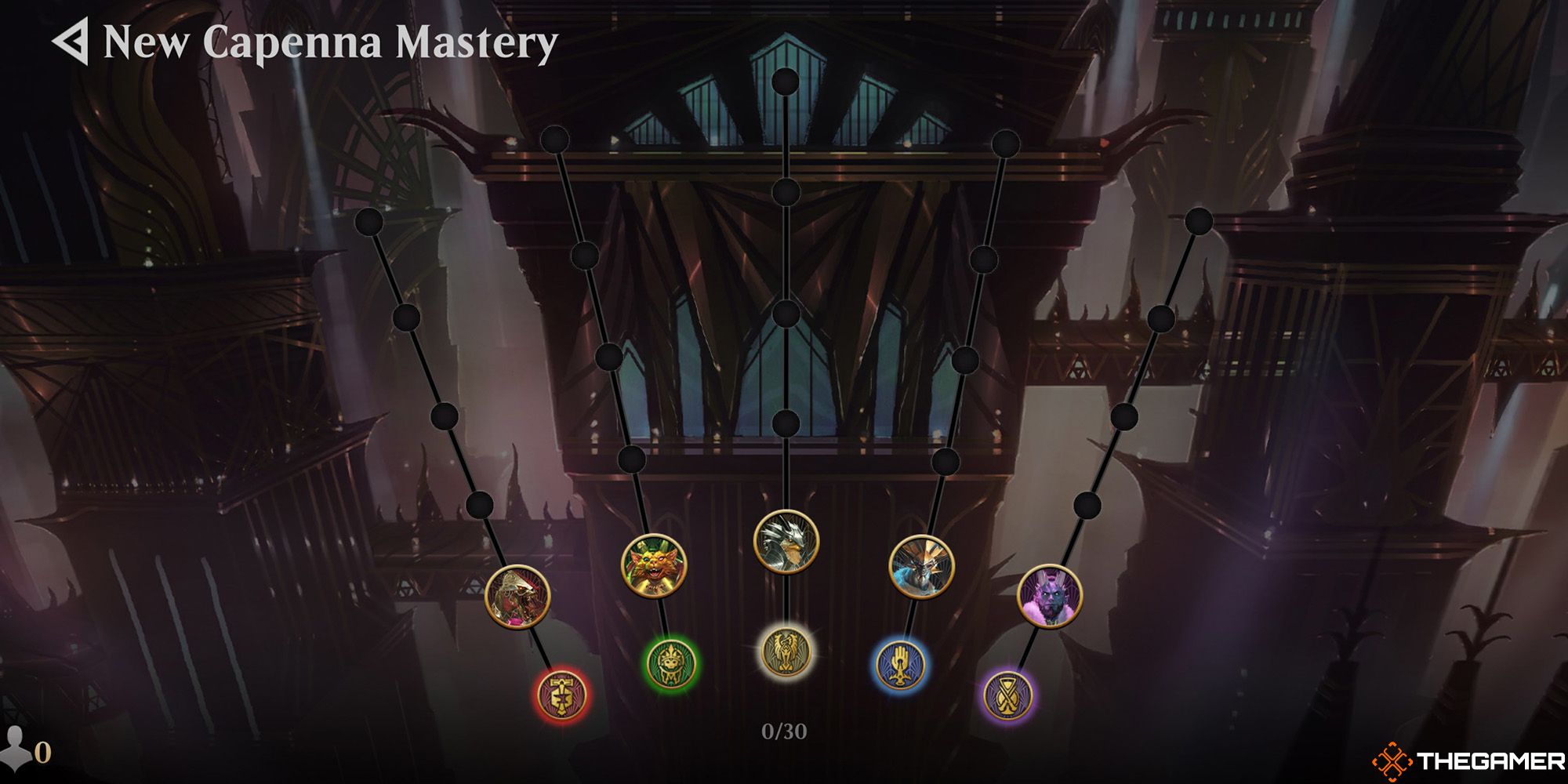 All players get access to the Mastery Tree, though you won't be able to unlock everything in it without paying for and completing the full Mastery Pass – in fact, you won't even be able to complete a single family's branch, as the free track only gives you five the six Mastery Orbs required. To complete the full tree, you'll need a total of 30 Mastery Orbs, which is equivalent to completing up to level 69 of the unlocked mastery pass.