Following yesterday’s reveal, Magic: The Gathering has shown off the remaining nine cards coming in its upcoming crossover with Transformers.

Found in Brothers' War Set and Collector’s boosters, as well as bundles, the Transformers cards showcase major characters from both the regular Transformers timeline, and its alternate reality canon, Shattered Glass.

Shown off at the Magic: The Gathering Hasbro Pulse Con panel, the remaining cards from the collection were more of what we were shown yesterday. Double-sided cards that feature the Transformer’s robot form on one side, and its vehicle form on the other, they make use of the new ‘Living metal’ mechanic to allow them to be Vehicles that can act independently without needing to be crewed by another creature. 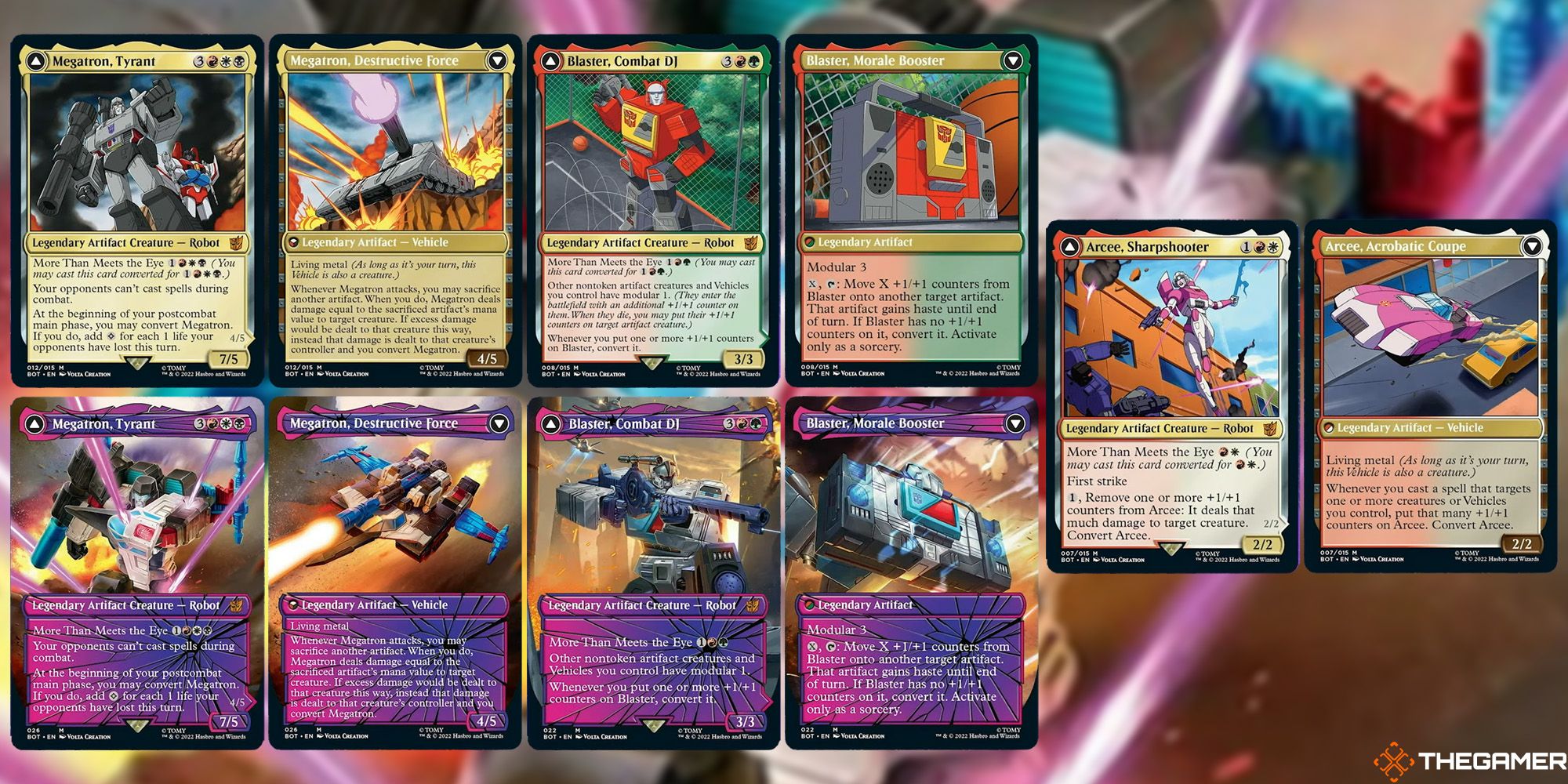 There are some very interesting cards included here. Megatron, Tyrant gives you colourless mana for how much life your opponents have lost that turn, which could make it a decent commander for throwing out lots of artifacts, Eldrazi, and other colourless horrors. 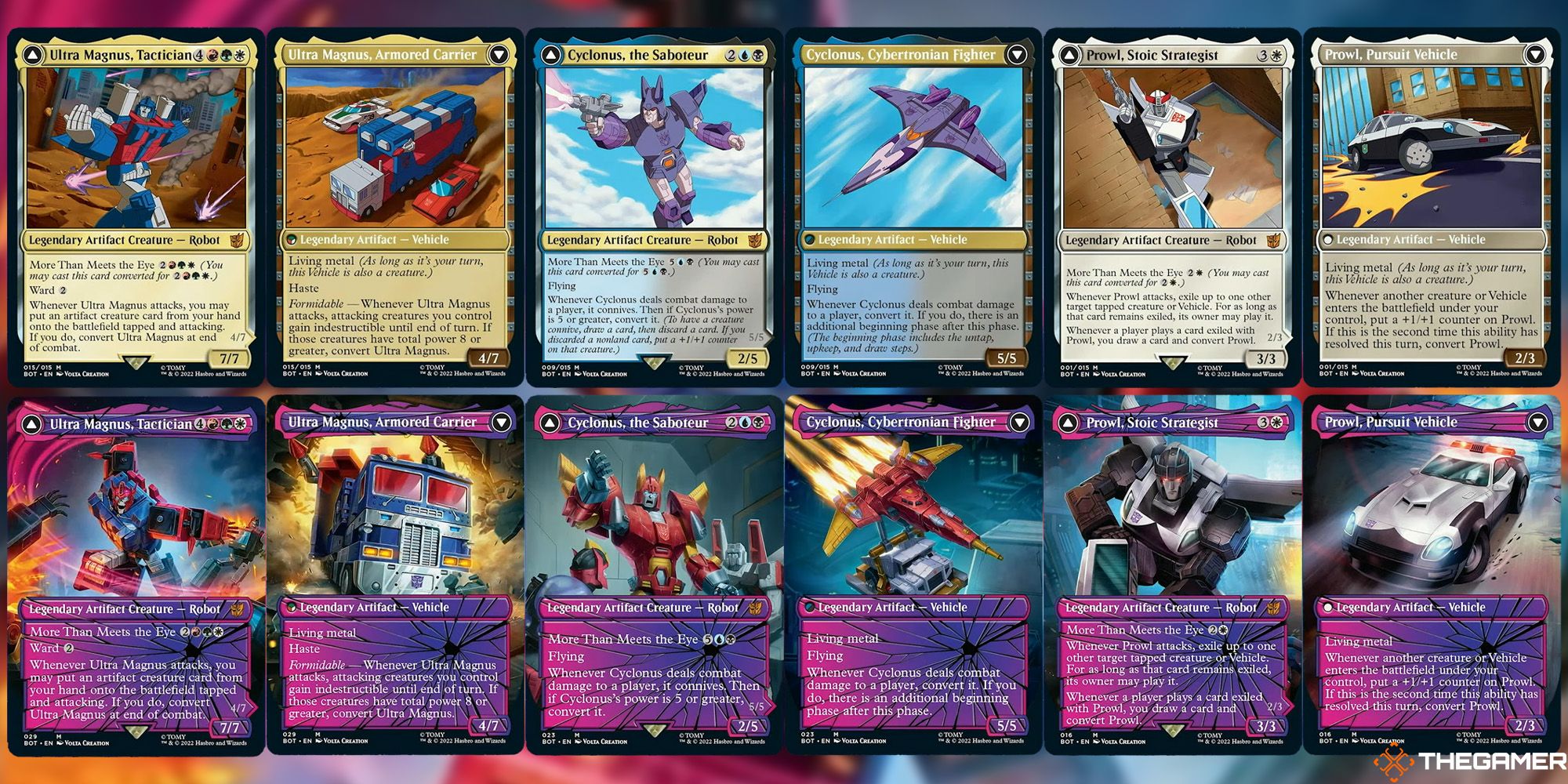 Prowl, Stoic Strategist isn’t really removal, but more a way to convince your opponents to let you draw cards. We also see the return of Streets of New Capenna’s connive mechanic on Cyclonus, the Saboteur (and arguably a better version of Sphinx of the Second Sun in its converted form). Arcee, Sharpshooter, the only card not to have a Shattered Glass version, is also very reminiscent of the terrifying combo piece Walking Ballista. 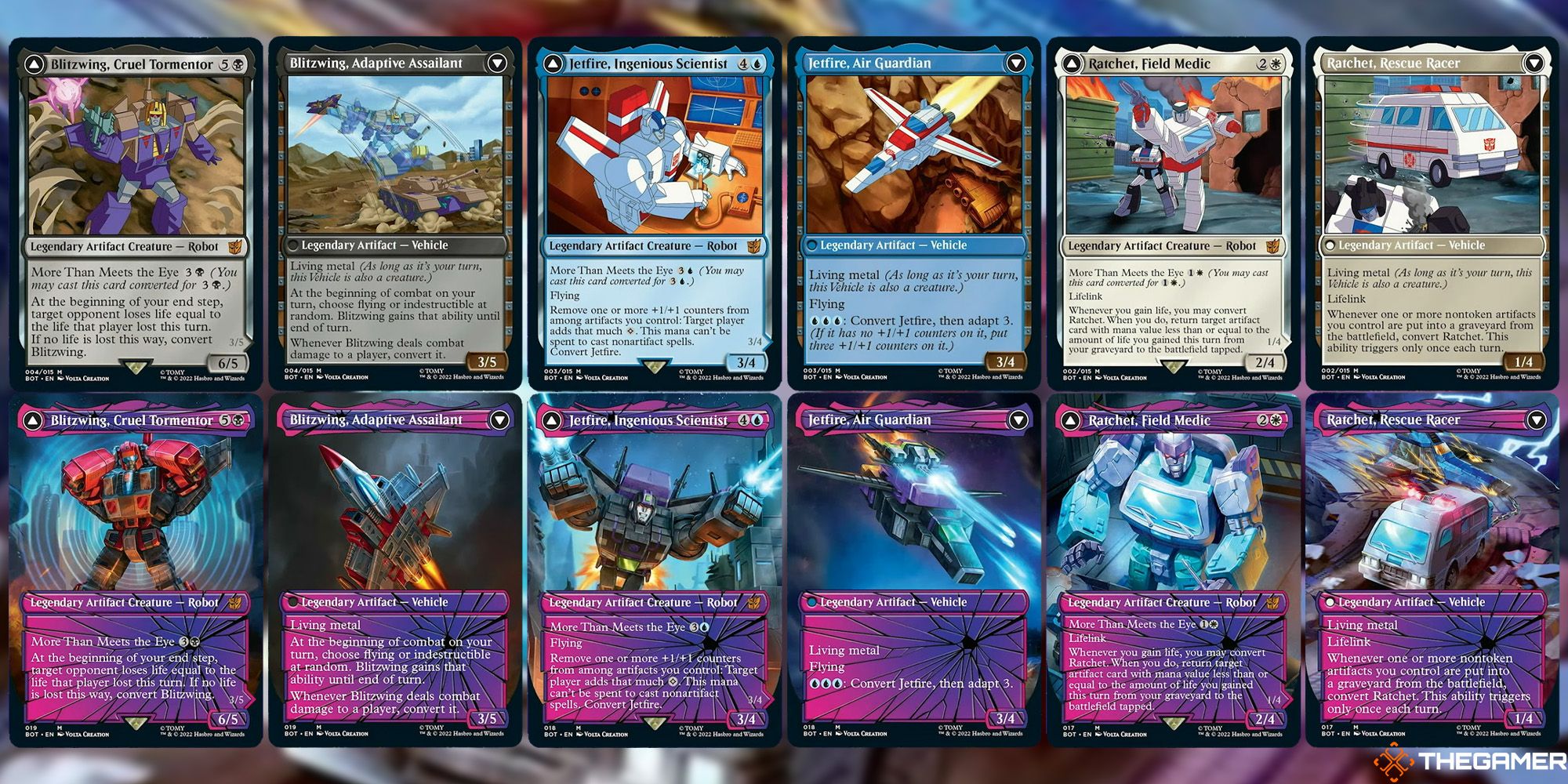 Much like yesterday’s reveals, these Universes Beyond cards are not a part of the wider The Brothers’ War set. They have their own set icon and product code (BOT), and so, while they’ll be found in a Standard-legal product, they themselves are not. This makes them the second subset found within The Brothers’ War, joining the retro-frame artifact reprints you can also find in any kind of booster pack.

The Brothers’ War, and therefore these Transformers cards, launches on November 18.