Wizards of the Coast has unveiled the next crossover to come to Magic: The Gathering will be with parent company Hasbro’s other major series, Transformers.

While Magic has had crossovers with the likes of Street Fighter, Fortnite, The Walking Dead, and Stranger Things, Transformers will be the first Universes Beyond product to be available in regular booster packs for the upcoming set The Brothers’ War.

Announced at the Hasbro Pulse Con Transformers Panel, the collection will include 15 double-sided cards, with each side being the Transformer in their robot and vehicle forms. Interestingly, these don’t transform, the usual MTG name for double-sided cards flipping over – instead, they “convert”, allegedly due to legal and trademarking issues. 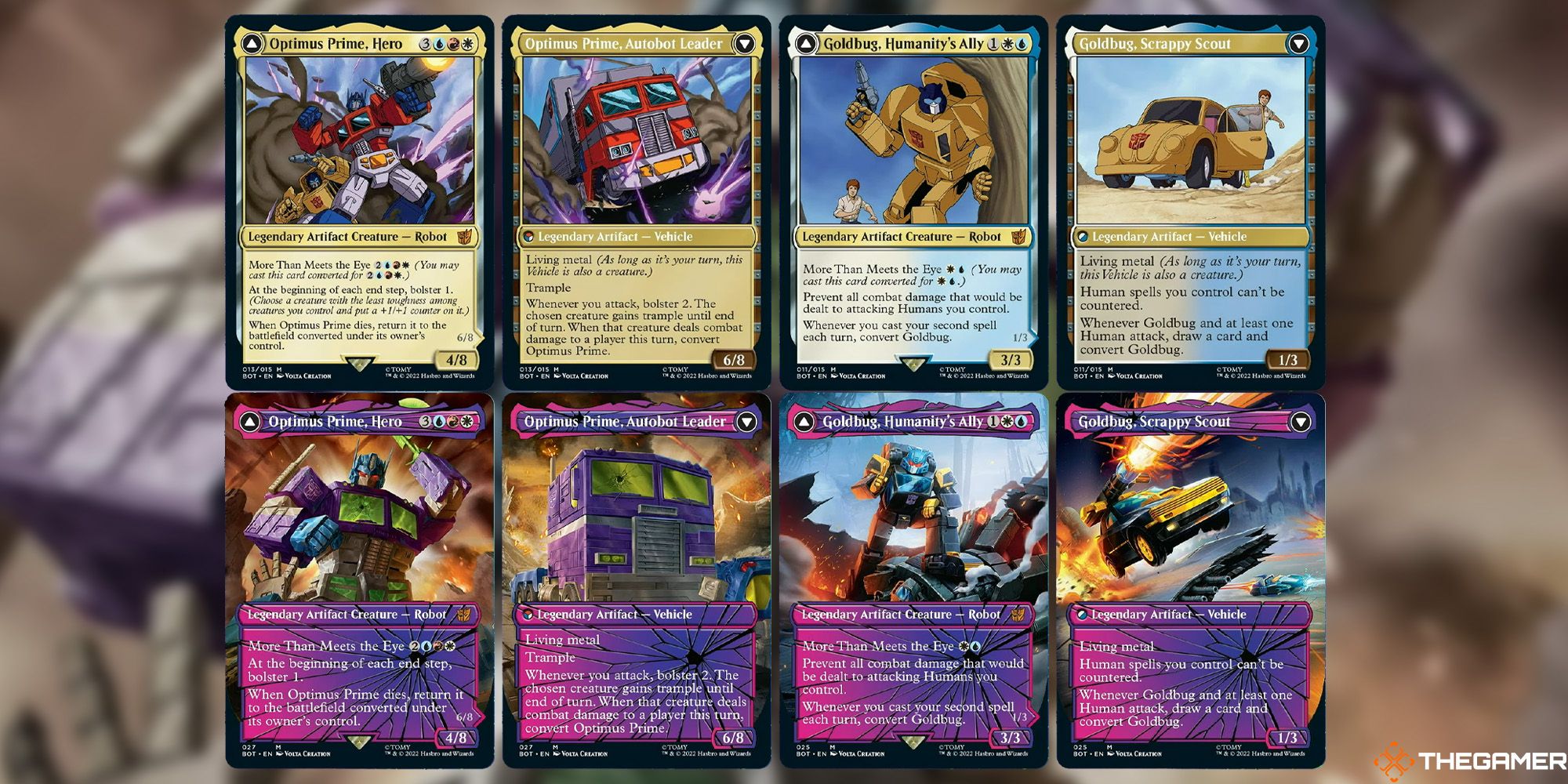 Only six of the cards were revealed in the Transformers panel, with the remaining nine due to come in Magic’s panel on Saturday, October 1. The cards we’ve seen are:

Each card will come in two forms, with one regular and one “Shattered Glass” alt-art style based on the ongoing Shattered Glass comic series. In the series, the usual roles of the Autobots and Decepticons are switched, with the Decepticons becoming heroic freedom fighters standing up to the tyrannical Autobots.

“Convert” isn’t the only new mechanic found on these cards. Two showcased are More Than Meets The Eye, which allows you to cast the creature in its converted state by paying an alternative casting cost, and Living Metal, which turns the Vehicle artifacts they convert into artifact creatures if it’s your turn. These both help keep the Transformers are vehicles, which is their core concept, without needing them to be crewed and piloted like normal vehicles in MTG are. 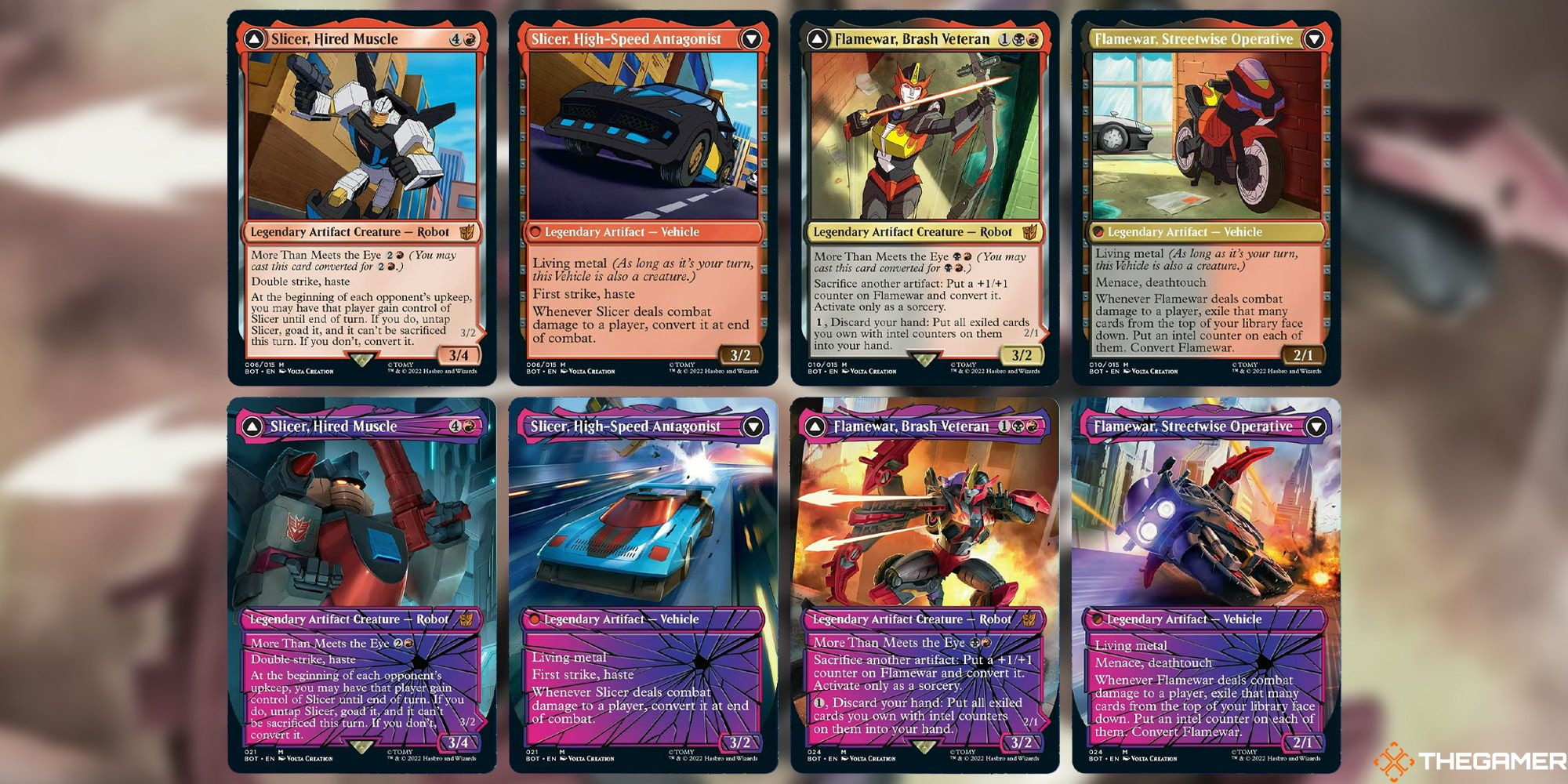 In a first for Universes Beyond crossover products, these will be available in booster packs for The Brothers’ War, instead of being found only via Secret Lair or preconstructed Commander decks. They won’t be found in Draft boosters, but will show up in both Set and Collector’s boosters, as well as one guaranteed Transformers card appearing in every booster bundle for the set. Despite being found in booster packs, these are not part of the main Brothers’ War set and are instead only legal in Vintage, Legacy, and Commander. 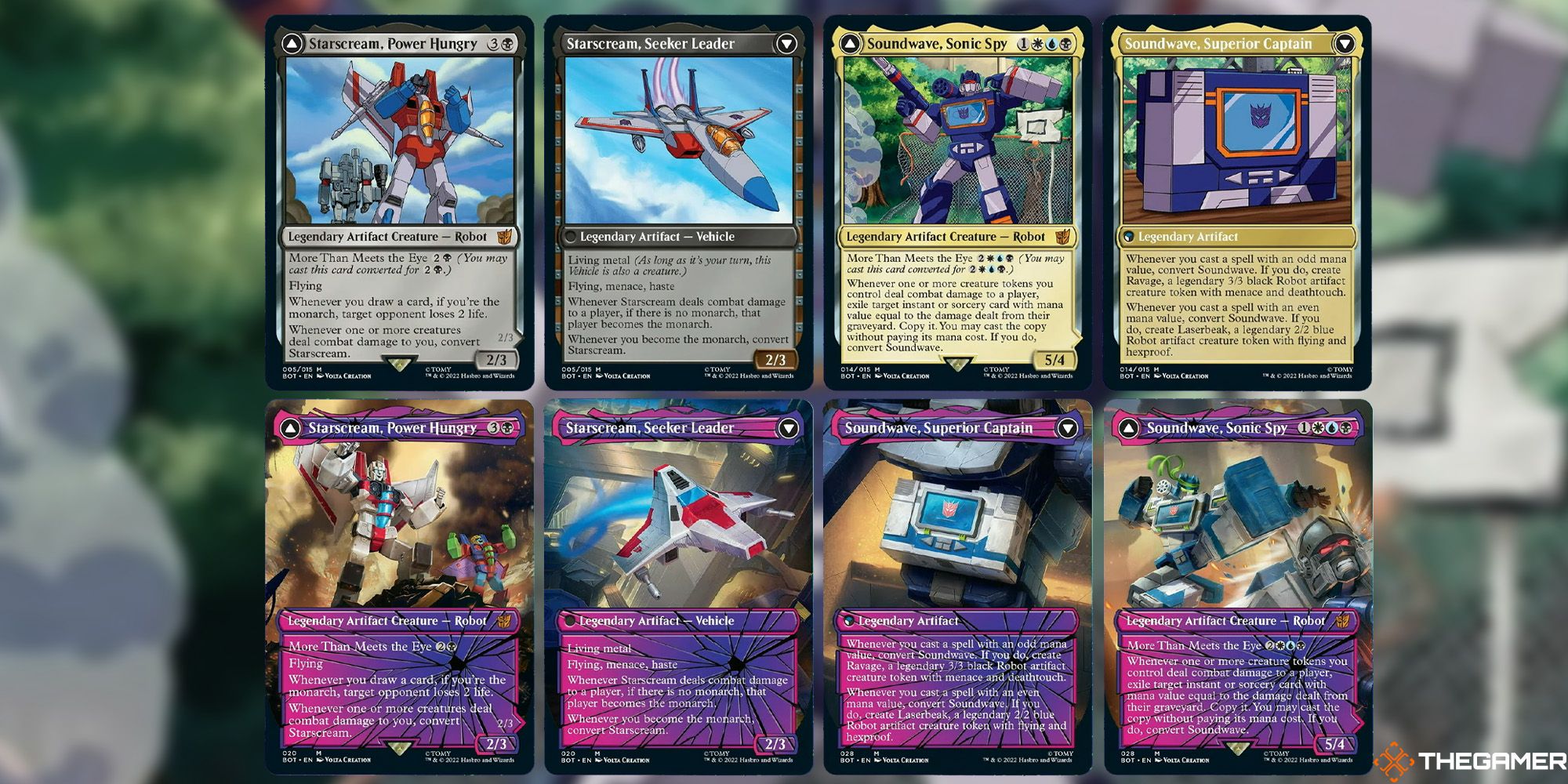 Notably, this isn’t the first time Transformers have appeared in Magic. The last time we saw them was in 2018, when Wizards printed Optimus Prime, Inspiring Leader as a card in its Heroes of the Realm range, which are incredibly exclusive cards not legal for regular Magic play, and are only given to Wizards employees and other choice individuals who have contributed significantly to the game.

We’ll hear more about the Transformers cards during the Magic: The Gathering Hasbro Pulse Con panel on October 1, 2022.