Late last year the team behind Magic: The Gathering at Wizards of the Coast tried something new. Called the Secret Lair Drop Series, it’s a way for die-hard fans of the original collectible card game to dress up their decks with unique versions of their favorite cards.

The next series is called Year of the Rat, and the eight-card set will only be available on Jan. 27. It includes gorgeous versions of some fan-favorite cards for $39.99, created in a style that simply wouldn’t make sense as part of a full set of cards. But it’s a gift, in a way, to players looking to express themselves at the local game shop and during high-stakes competitions.

The print-on-demand series is open to everyone. There’s no limit to the number that will be produced, only to the number of sets each customer can purchase. But, the cards are only be available for 24 hours.

Polygon sat down with Wizards of the Coast product architect Mark Heggen about where the inspiration for the Secret Lair came from, and to find out how it works.

The creation of a modern Magic set involves the work of hundreds of people — card designers, world builders, and editors — but some of the most important ones are the artists who illustrate those cards. Years before the launch of a set, Wizards gathers artists from around the world together at its headquarters. There they set the tone for an entire Plane of its multiverse, syncing up their creative visions to make a single cohesive product.

But artists are individuals, just like Magic fans themselves. A lot of their best work gets tossed aside in favor of the overall vision. The Secret Lair Drop Series lets those artists flex their muscles, and invites new creative voices to take a stab at old cards. They’re not bound by the overall ethos of a set, and the art they create is unlike anything seen on a Magic card before.

Image: Lena Richards/Wizards of the Coast 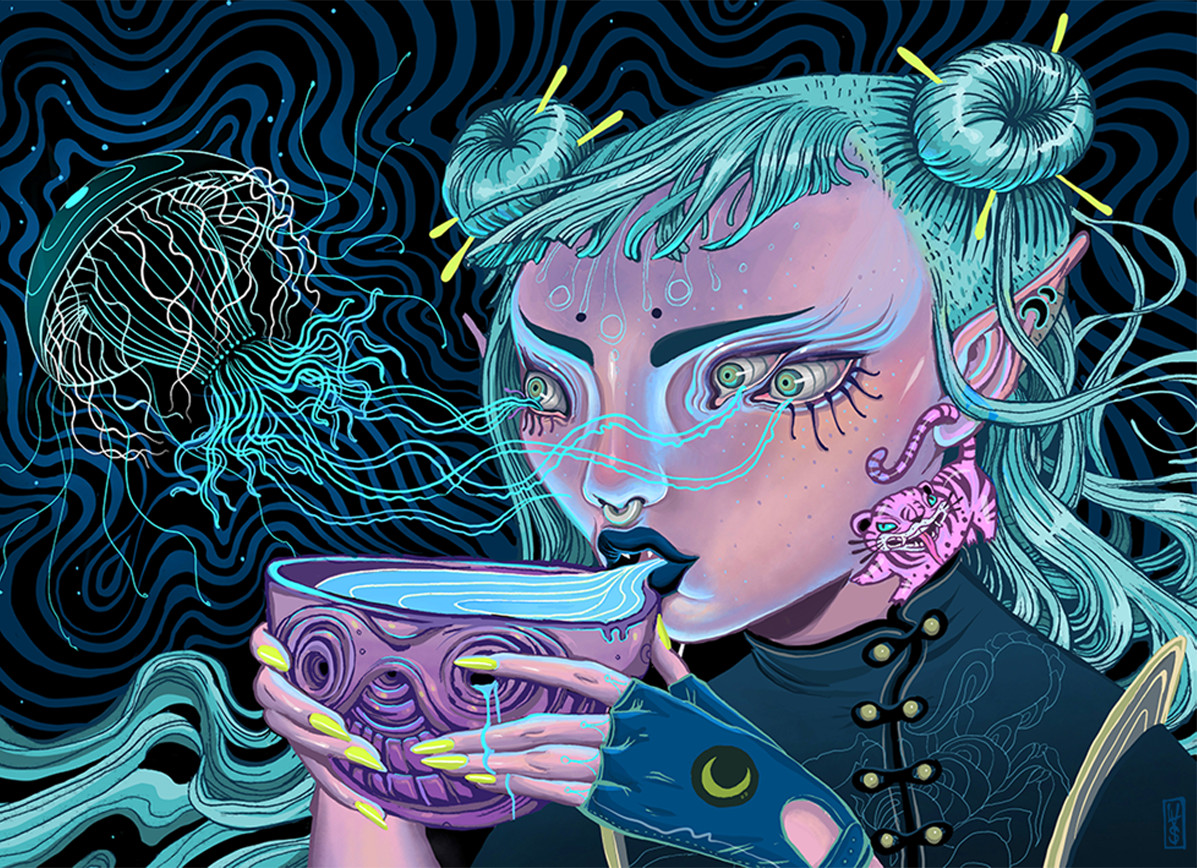 Image: Lauren Ys/Wizards of the Coast 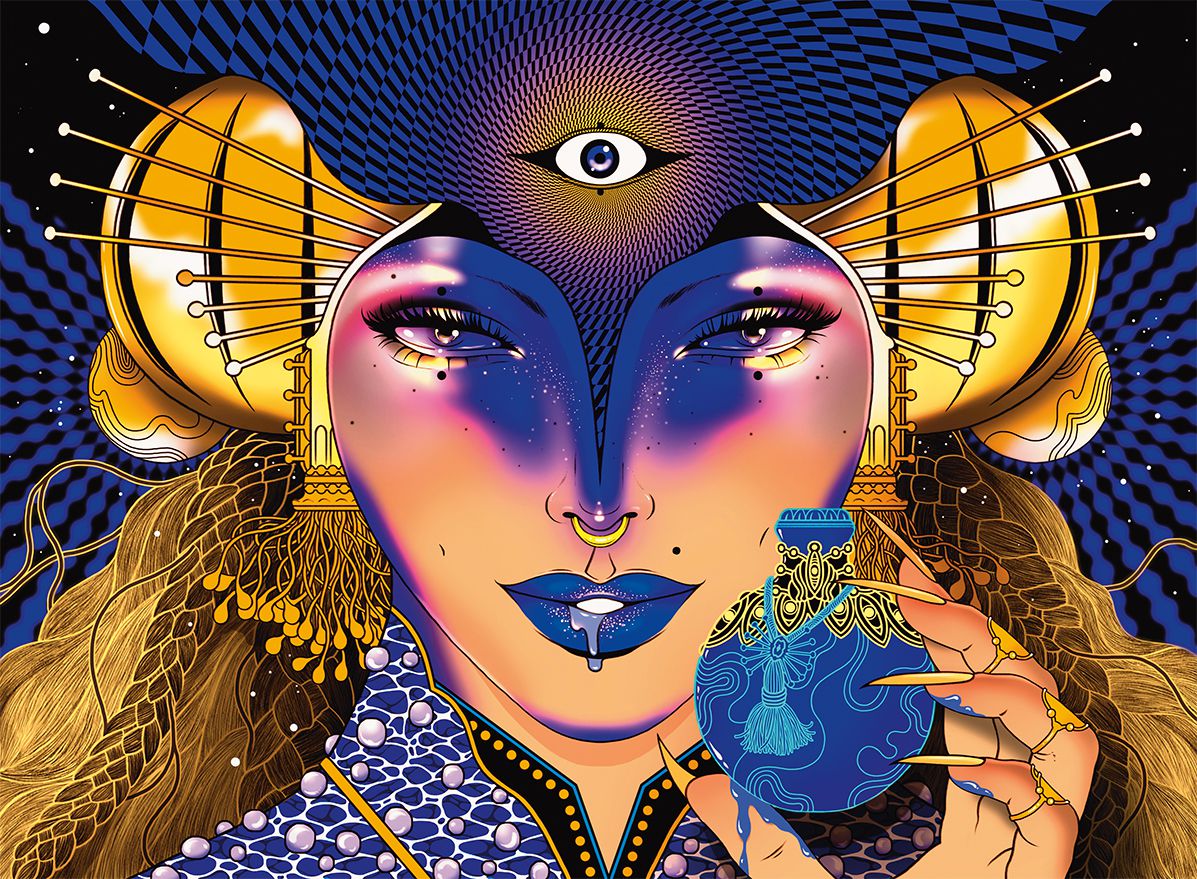 Image: Kristina Collantes/Wizards of the Coast

The first batch of Secret Lair cards went live Dec. 2, 2019. Prior to that it was promoted on the official Magic blog, but it really picked up steam with the #MTGSecretLair hashtag on social media. By the end of the week thousands of fans were logging in to the website. To stem the tide, and the ensure that everyone got a chance to make their purchases, Wizards contrived a clever gating process that only allowed so many people onto the website at one time. It felt very much like a virtual queue for concert tickets. With few exceptions, Heggen says, everyone who wanted these unique variants was able to pick them up.

Each set is only available for a certain time. Then it’s produced on-demand, and packaged by hand inside a collectible box. Heggen and his team call the system “time-boxed-to-demand.” Fans just called it what it was: a success. They paid a flat fee, got the physical cards they wanted, and were even able to unlock unique card sleeves in Magic: The Gathering Arena or the cards themselves in Magic: Online. 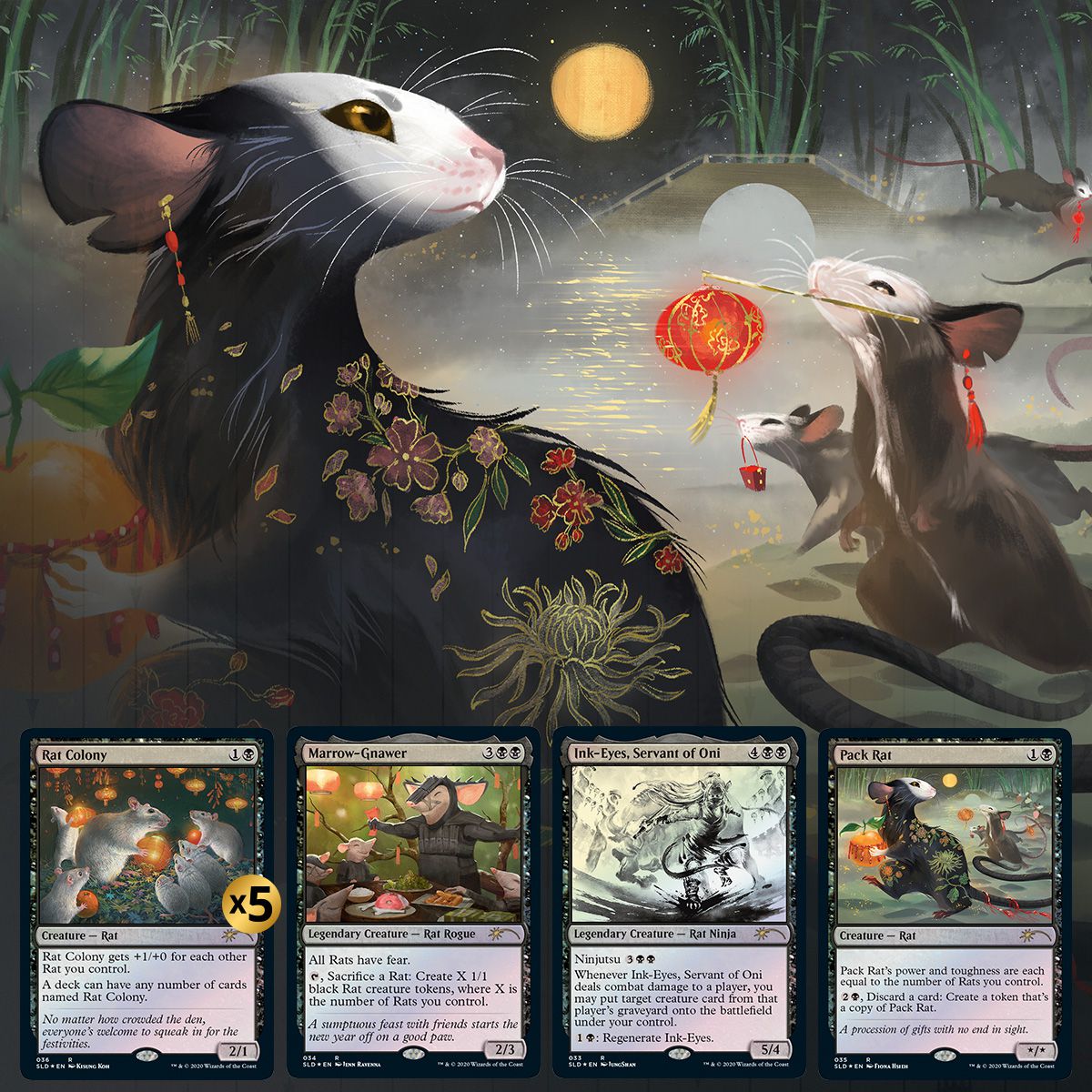 Year of the Rat

The promotion was such a success that Wizards plans to continue with its time-boxed-to-demand model throughout 2020. The first set is called Year of the Rat. It brings together four artists, each with new takes on popular rodent-themed cards. The entire set will be available for $39.99, and come with a total of eight foil cards. Customers will also get a unique card sleeve for Magic: The Gathering Arena.

The Secret Lair Drop Series Year of the Rat will go up for sale on Jan. 27 at 9 a.m. PT, and ends at 9 a.m. PT the following day. You can get your first look at all the new high-resolution art in the gallery below.