Magik was the best part of The New Mutants. If you haven’t seen it, I don’t blame you. It’s a real Monkey’s Paw for those bored of the MCU. You think you want a superhero movie that does things differently? That goes darker? That focuses on characters? That tackles thematic villainy instead of a dude in an over-designed robot suit? Be careful what you wish for. The MCU can risk being dull, but it’s mostly solid most of the time. The New Mutants was eaten alive by contrasting executive ideas, the Disney Fox buyout, and repeated script rewrites. In it, we lost one of the most interesting mutants, and with Marvel likely to play safe as it reboots the mutants, it felt like her chance had gone. Enter Midnight Suns.

Despite it giving you Iron Man, Captain Marvel, and Blade from the start, with Spider-Man, Captain America, and Wolverine being the first heroes you unlock, Midnight Suns is bold with its roster choices. As well as the biggest name heroes, we have Robbie Reyes as Ghost Rider, Sera overseeing the whole thing, and the two stars of the show: Nico Minoru and Magik.

I’m sure as I delve deeper into the journey I’ll have more to say about the pair (I think I’m around a third through right now), but while it’s great to see Midnight Suns explore the depth of Marvel’s roster, with Magik it feels like a redemption arc. The New Mutants was a huge waste of potential. Fox has form here. The two most interesting mutants are both misunderstood anti-heroes whose names begin with M and who were completely wasted despite being played by two of the most talented actors in the cast; Mystique played by Jennifer Lawrence, and Magik played by Anya Taylor-Joy. At least Mystique had several starring roles, even if she was constantly hamstrung by poor scripts. Magik was one and done, and in an attempt to capture her broody nature, was often sidelined, silenced, or depicted as an angry bully. There’s far more to her tragic tale than that, and Midnight Suns explores it perfectly. 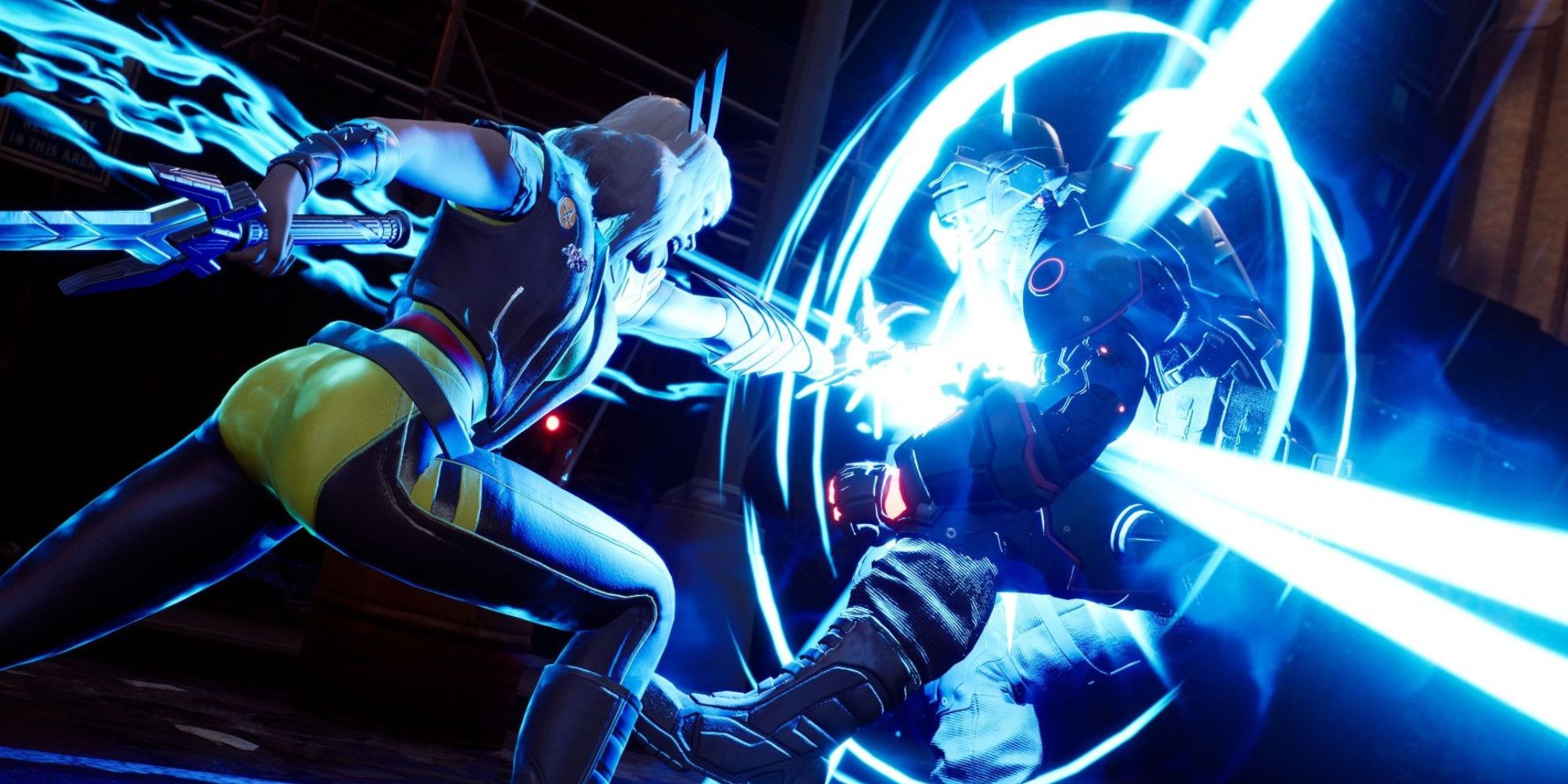 Magik’s first major act in The New Mutants is to choke out one of the new recruits over a desk, screaming in her face. It’s all too cliche and far too quick. You get the sense that the stakes were raised over and over again across rewrites until Magik became deeply unlikeable. Taylor-Joy does her best to claw Magik’s humanity back, but there’s only so much she can do. In Midnight Suns, she’s initially a little short with you, but quickly opens up to complain about how she feels about Sera and the Avengers using her and ignoring Scarlet Witch’s peril. If you try to understand her situation, and empathise over Scarlet Witch, she will open up further.

She remains inescapably Magik – one of her hangouts is to lounge around the pool with you, where she will remind you she invited you for quiet time, and so you must be quiet. But while every character has something to fight for, or against, you and Magik are bonded by a shared inner darkness. She tells you things she would not tell the others, and even shares an evening in Limbo with you, hiding from the outside world. This is who Magik is. She is not a bully nor a thug. 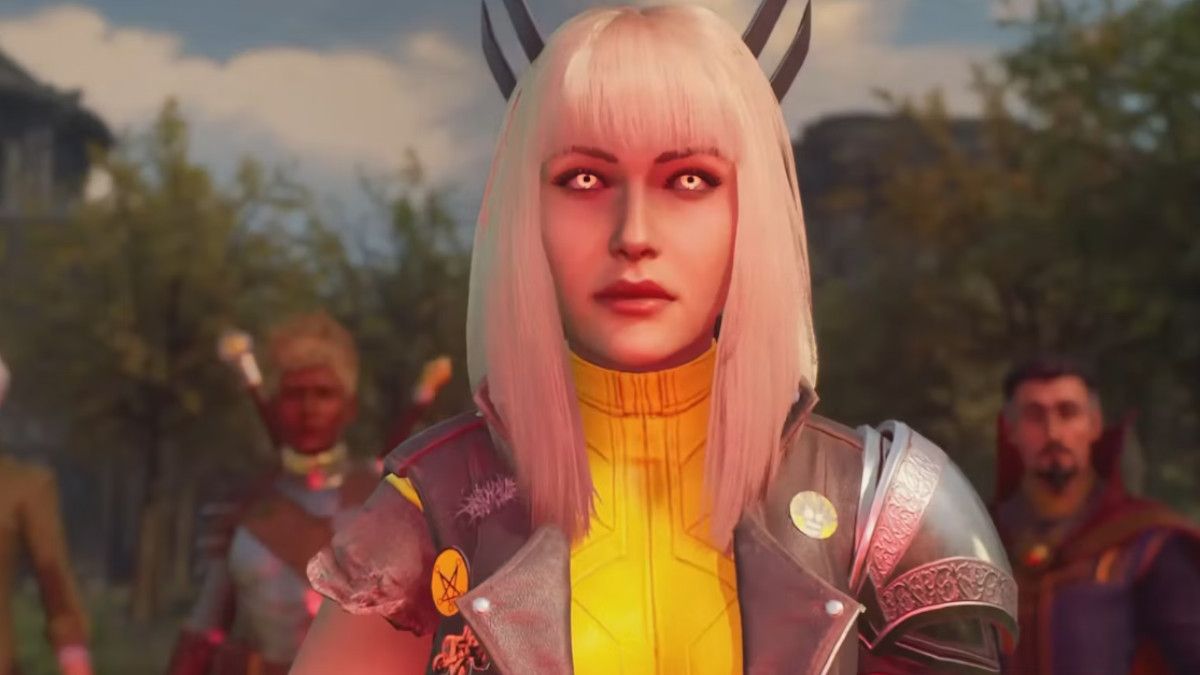 She has been used and discarded all her life, and when she finally finds a place to be accepted within the Midnight Suns, her mother figure is taken away and the Avengers roll up to her house in the wilderness, with their loud and brash energy. There’s far more of a reason for her to act as she does in The New Mutants, but Midnight Suns makes her far richer, and far more worth getting to know. She still sometimes acts like she’s about to pin you up against the wall, but in, like, a friend way. She’s the most interesting (and, oddly, most relatable) character in the game, and where she could be overshadowed by bigger names, she instead carves out a niche for herself.

There’s still a coldness to Magik, a sarcastic meanness, but it only draws you in deeper. Every barb is like a secret joke between the two of you, every snide glance an olive branch of acceptance. This is a house full of heroes who, quite literally, have their heads in the sky, and Magik keeps you grounded. Maybe if I ask nicely she will choke me out over the desk while screaming in my face – in a friend way. 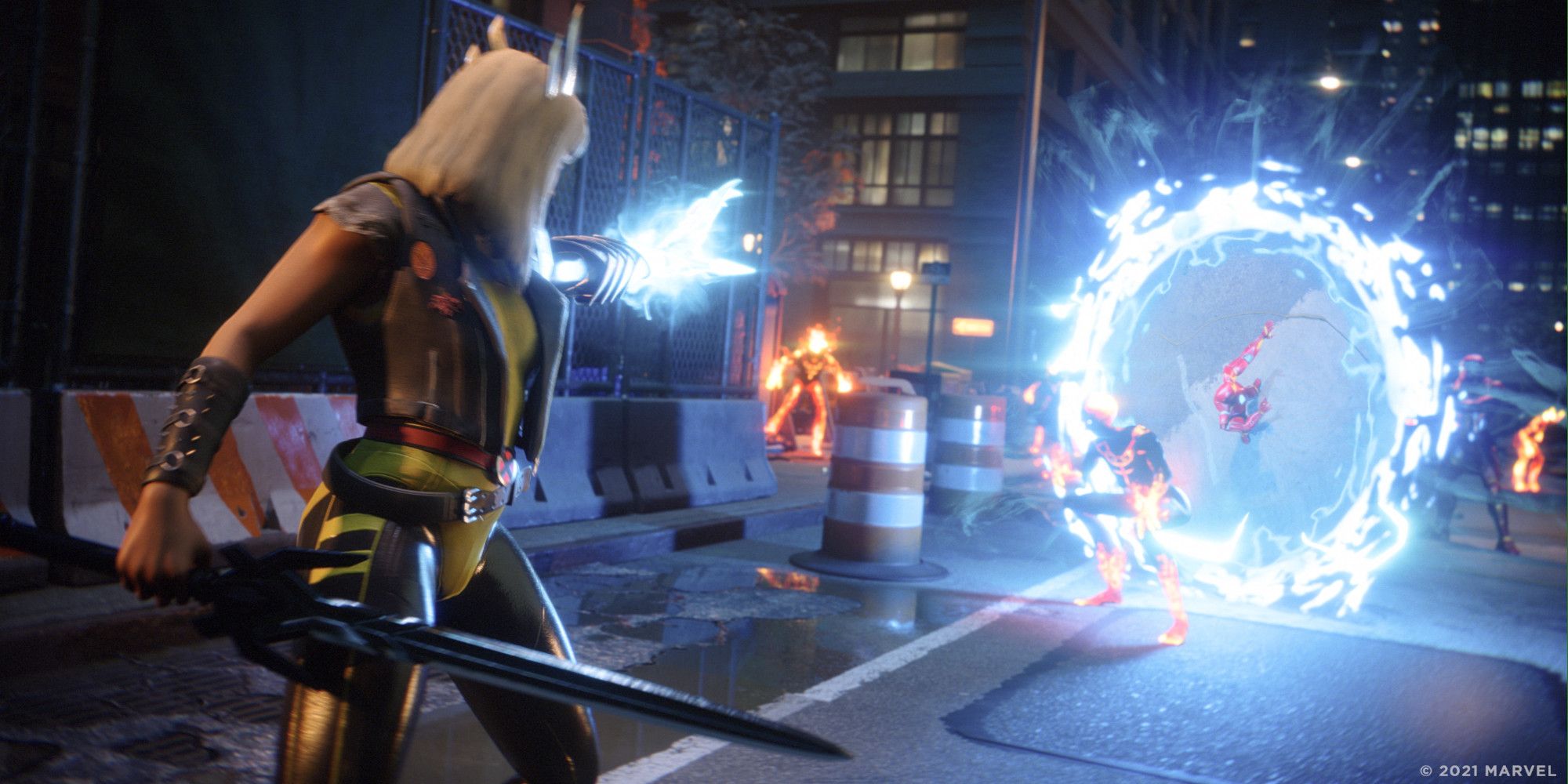 It’s perhaps because of the failure of The New Mutants that she’s able to shine so brightly. The Avengers game buckled under the weight of the MCU – every character felt the need to play up to their silver screen counterpart. While Midnight Suns avoids that in general even with fan-favourites Iron Man and Spidey, the likes of Magik and Nico feel like blank slates. Midnight Suns casts aside the safety net of Robert Downey Jnr.’s popularity to build its story around the goth girls, and feels so much fresher for it.