It didn’t take long since his Secret Lair drop for manga artist Junji Ito to come back to Magic: The Gathering, as his work will be appearing in February’s Phyrexia: All Will Be One.

Ito, who is best-known for manga such as Uzumaki, Gyo, and The Enigma of Amigara Fault, will be providing one of the many alt-art cards for the set’s focal character, the Phyrexian Praetor Elesh Norn.

As revealed in the Weekly MTG sneak preview of Phyrexia: All Will Be One, Ito is providing the art for Elesh Norn’s manga ‘Showcase Frame’, which can be found as a rarer alternative art in Draft, Set, and Collector boosters. While the manga style is focusing mainly on imagining what various characters would look like when corrupted by the Phyrexians, it was clearly too good of an opportunity to pass up Ito throwing Norn – already a Phyrexian – in the mix. 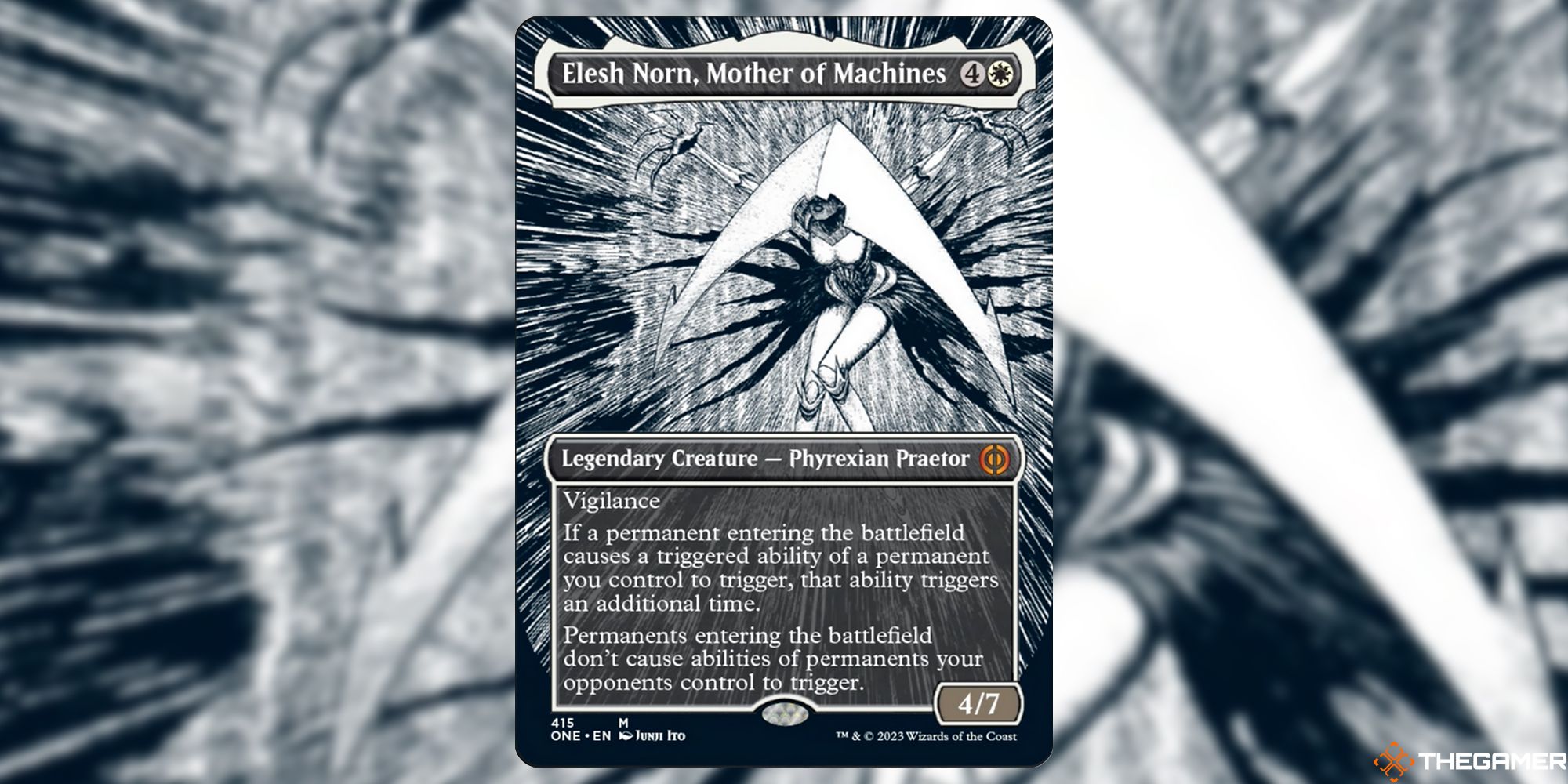 Earlier this year, Ito was a special guest on Magic’s limited-time promotion, Secret Lair. There, he provided new art for four cards (Carrion Feeder, Doomsday, Plaguecrafter, and Thoughtseize), but Phyrexia: All Will Be One will be the first time he has illustrated for a regular MTG booster set.

Ito isn’t the first special guest artist to contribute to MTG. Last year, Castlevania’s Ayami Kojima provided art for Innistrad: Crimson Vow’s Sorin the Mirthless, playing up the vampiric connection between both Sorin and Castlevania. Then, in Kamigawa: Neon Dynasty in February, Metal Gear artist Yoji Shinkawa offered art for the card Satoru Umezawa as a buy-a-box promo in his iconic style. He later ran an entire Secret Lair drop of his own, with Phyrexian Metamorph, Tezzeret the Seeker, Skullclamp, and Solemn Simulacrum having new, very MGS-inspired art. 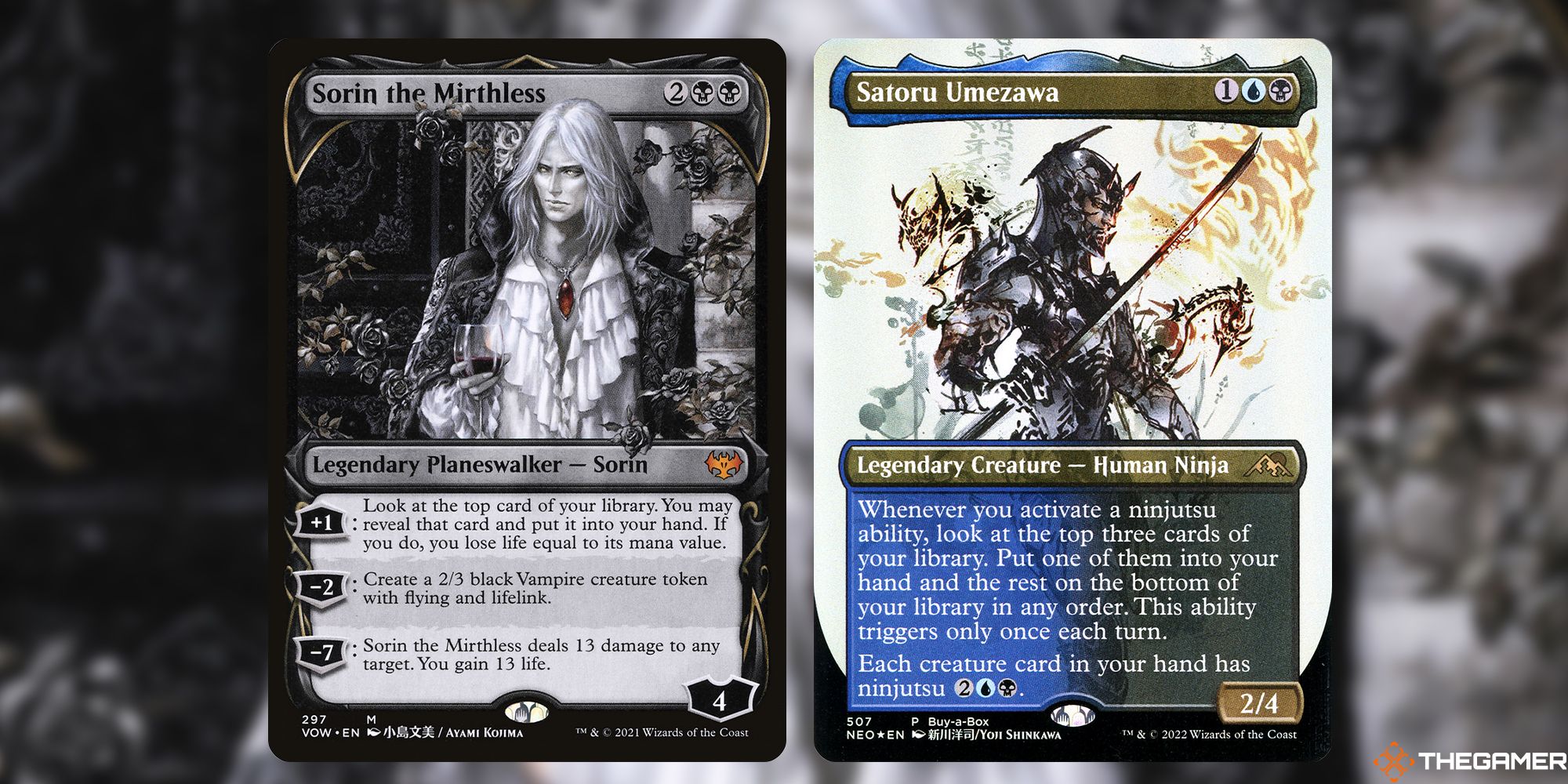 With Phyrexia: All Will Be One being a body-horror-focused set full of gruesome, brutal art, it makes sense for Ito – who is also known for his horror manga – to be contributing. Whether Elesh Norn, Mother Of Machines is the only card he has illustrated for, or whether there will be more, won’t be known until the set is fully revealed next month.