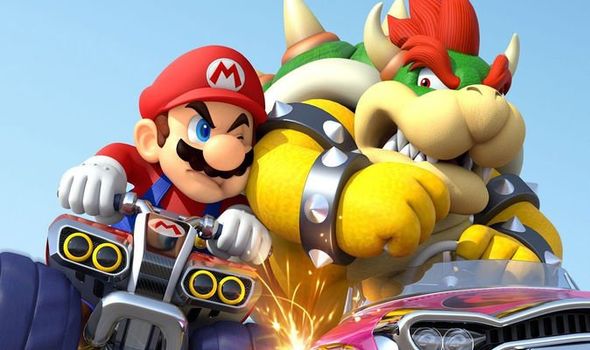 Many Mario Kart fans were disappointed to find a lack of multiplayer functionality included in the mobile Tour launch in September.

Currently, the option to play with friends is greyed out and we don’t know when this feature will be added to the game.

Nintendo remains vague on their future plans for the game but have confirmed that Mario Kart Tour multiplayer is coming.

Fans are also asking whether it will cost to play multiplayer in some way, perhaps being part of the premium pass.

However, this is probably just confusion over the current price model, with a special Gold Pass available to buy.

Players can sign up for a free two-week trial subscription to the Mario Kart Tour Gold Pass by tapping the Gold Pass purchase button in-game.

Once the two-week free trial period ends, it will convert to a monthly subscription for $4.99/month, unless cancelled.

And as you can note, there is no mention of Mario Kart Tour multiplayer being part of this subscription model. Some analysts believe that Nintendo may have paid a small price for not having the featured included following launch.

According to Sensor Tower, MKT had a successful launch but surprisingly didn’t surpass Fire Emblem Heroes.

This could be linked to the Gold Pass, with Sensor Tower adding in a new report:

“Mario Kart Tour is Nintendo’s third-best mobile launch in terms of day one player spending, having grossed approximately $1 million in its first 24 hours. This is about 25 percent of the publisher’s best-performing title on mobile during its launch day, Fire Emblem Heroes, which grossed an estimated $4.3 million across both stores worldwide.

“It’s possible that Mario Kart Tour will have a slower start in terms of spending than Nintendo’s other mobile titles as the publisher and co-developer DeNA are experimenting with season pass monetisation which includes a free two-week trial period before subscribers are actually charged.

“The $4.99 per month Gold Pass is current the game’s most popular in-app purchase, but none of the users who have purchased it will be charged for another 13 days; Some of those will likely cancel before that point.”

And some believe that Nintendo might be holding back multiplayer to help give Mario Kart Tour a boost when its popularity starts to drop.

The Motley Fool reports: “Of course, as with any much-anticipated release, there were some complaints about the mobile version of Mario Kart Tour.

“The first and biggest was a lack of multiplayer mode, which some analysts were even calling a “big minus” for the release.

“However, the good news is that Nintendo has indicated it will be adding multiplayer mode at a later date. It’s a bit curious that the initial release of the game didn’t have this feature, as it’s a defining characteristic of the original game.

“It could be that either Nintendo engineers are going to tweak Mario Kart Tour over the coming weeks and months to work out the kinks or Nintendo may be looking for multiplayer mode to give the game another kick-start once the hype over the initial release wanes.”

Could this be a combined tactic to release multiplayer as a free update just when those Gold Pass trials are about to run out?

It will certainly be interesting to hear if any updates are being planned for the week of October 9.