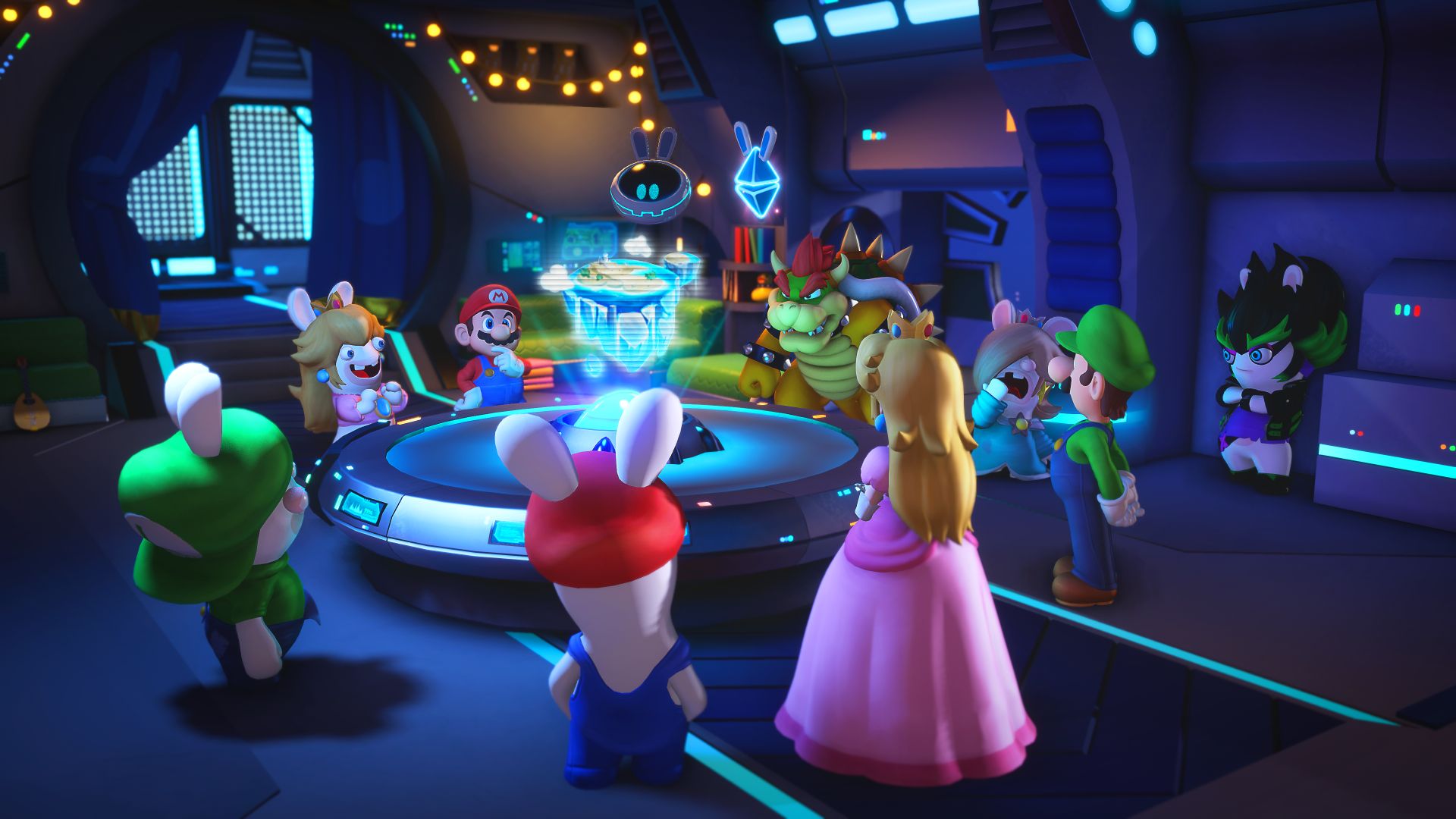 Ubisoft has offered an extended look at the sequel to Mario + Rabbids Kingdom Battle, and it looks and sounds better than ever.

Nintendo has an impressive line-up of new games coming to the Switch this year but arguably the most enticing of them all is a Ubisoft title: turn-based strategy sequel Mario + Rabbids Sparks Of Hope.

Although Mario and co. are in the game it’s almost all Ubisoft’s own work, which if you’ve experienced the original you’ll know plays very much in the same style as XCOM without the base building.

Rather than just rehashing the original though, the sequel introduces a number of new ideas, most obviously removing the grid-based movement that is traditional to the genre and allowing for much more freedom in how you position characters. Also, you get to play as Bowser now.

Ubisoft showed off the basics of the game on Tuesday, during the Nintendo Direct Mini, but had their own extended look on Wednesday evening, that went into things in a bit more detail.

As ever, the worst thing about the game is the fact that it’s a crossover, with the obnoxious Rabbids giving the Minions a run for their money in terms of least funny comedy characters ever.

They’re in the title though, so there’s no getting away from them, even if we’re pretty sure (but not 100% sure) that the green-haired one called Edge is a purposeful self-parody.

Super Mario is clearly the senior partner though and so most of the characters and backdrops are drawn from Nintendo’s games, with Super Mario Galaxy seeming to have a particular influence this time around.

You can now also play as Rabbid Rosalina (and probably the real one, although she hasn’t been confirmed yet) and Bowser, since his minions have been taken over – this was presented as a new concept, although actually it’s happened before in multiple Paper Mario and RPG games.

Not only are characters able to move more freely during a battle but the open world environment is more expansive than before, with non-player characters giving out side quests and more overworld puzzles to solve.

Apart from anything else, Sparks Of Hope is easily one of the best looking games on the Switch – it’s no surprise some mistook it for proof of a Switch Pro version – and should have a soundtrack to match, as Grant Kirkhope (Banjo-Kazooie), Gareth Coker (Ori And The Blind Forest), and Yoko Shimomura (Street Fighter 2) are all involved.

Assuming the new movement system works well, which is impossible to tell from just watching the footage, this should end up as one of the best games of the year, when it’s released as a Nintendo Switch exclusive on October 20.