Square Enix has posted an updated version of its Marvel’s Avengers roadmap, which reveals updated dates for some of the upcoming content. 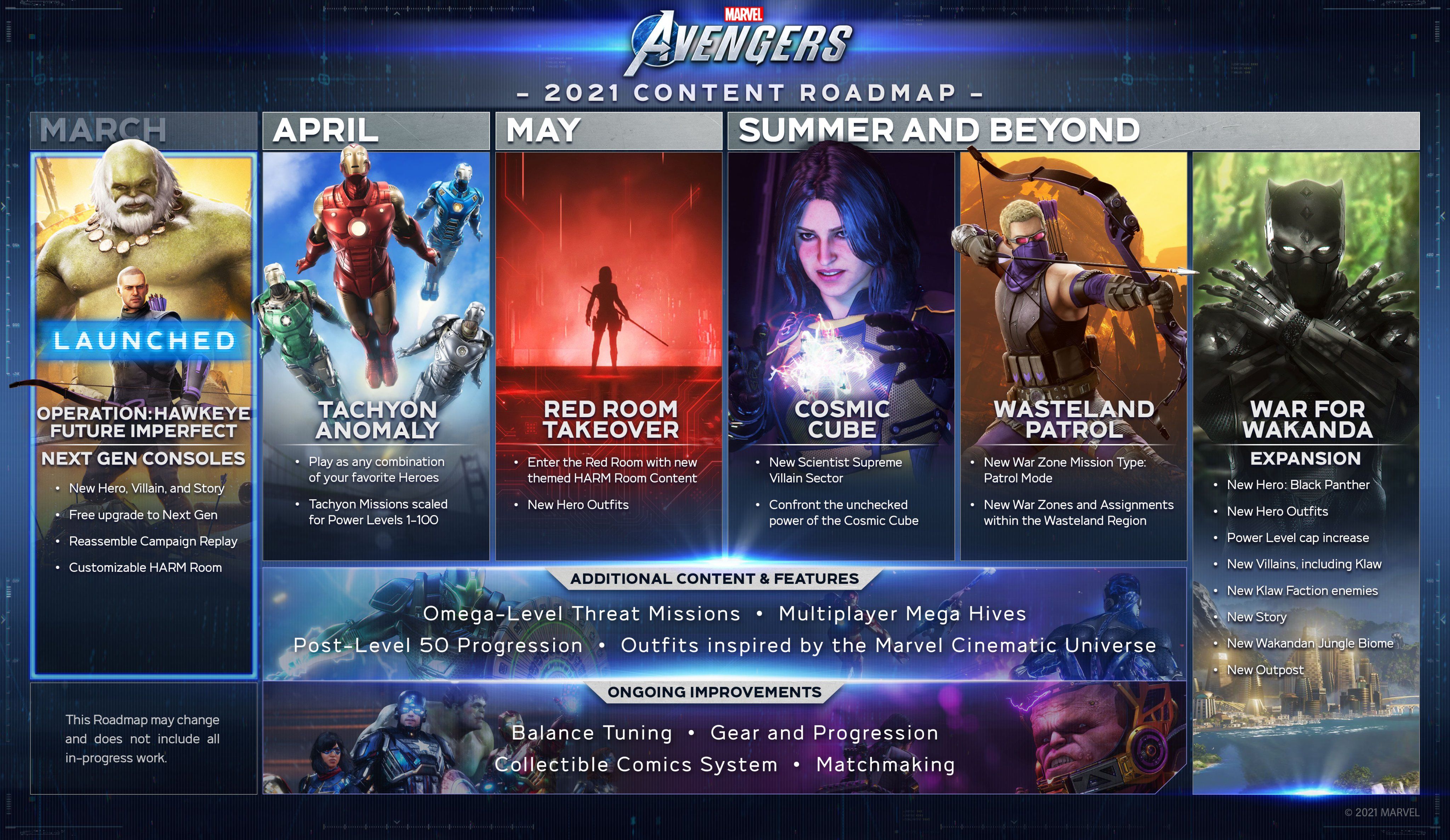 In a roadmap posted during the middle of March, those two pieces of content were labelled as “Spring”, which suggests that development is moving along at an expected pace. There are no specific dates given to the content, but we now at least have an expected month.

The rest of the outlined content is still slated for Summer and beyond, with no updated timeframe given. The roadmap does once again state that things are subject to change, but it’s interesting to note that it was less than a month ago that Square Enix was saying “Spring” for the next batch of updates.

The Tachyon Anomaly update will allow players to play as the same hero on the same team, so combinations of four Hawkeyes, or three Captain Americas and a Hulk will be possible during the event. This update will be coming in April.

Meanwhile, the Red Room Takeover event will introduce some brand new outfits to the game and will add Red-Room-themed challenge rooms to the game. This update will now be coming in May.

The blog post also highlighted some of the weekly modifiers for missions and weekly outfits for the game, including the previously-revealed Superior Iron Man outfit and new Aerospace outfits for Black Widow, Clint Barton and Hulk.

Although the content shown on the roadmap is good for current players of the game, easily the most exciting piece of content to come is the Wakanda update featuring Black Panther. Spider-Man will also be making his way to the PlayStation versions of the game at some point, but his release has been delayed past the original date.

NEXT: Outriders Is Already Bigger Than Marvel’s Avengers On Steam