Fighting the bad guys in turn-based tactical combat is actually only half the battle in Marvel’s Midnight Suns. You and the other heroes are based at The Abbey and the building itself, plus its extensive grounds, are free for you to explore. And they hold some very useful secrets that will make your battle that much easier.

But you can’t simply explore as you please. Some areas are behind magical barriers you need to take down using a variety of Power Words. These are gained by completing trials, each of which that needs a Moon Seal to begin. Below we’ll talk through how you get the fourth and final Moon Seal.

Updated December 29, 2022: We've updated this article to include a video guide that shows you how to repair the fourth moon seal. 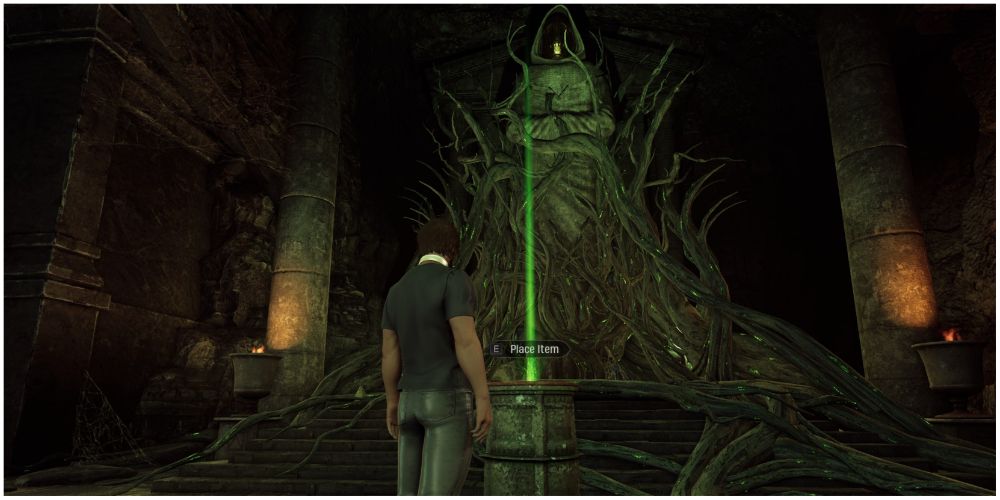 Once you have the third Moon Seal, you can use Power Word Purify to enter the areas you need to go to collect the fourth. Unfortunately, the fourth seal has been broken into three parts. Agatha can help you repair it, but you’ll first need to find the fragments. You can collect them in any order. 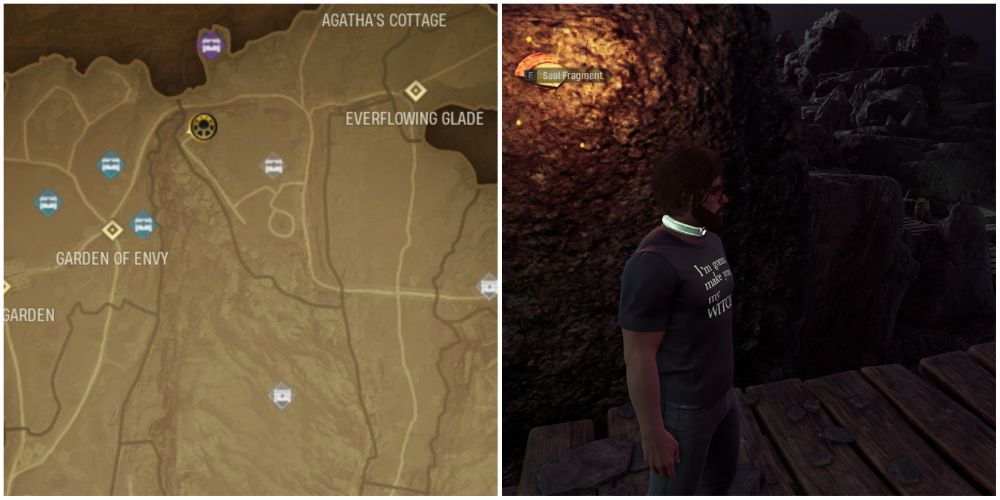 The first fragment of the fourth Moon Seal is up above the Old Salem Graveyard. Fast travel to Everflowing Glade, run up the steps west, then cut through the graveyard and up the path past the Hanging Tree. At the top, on the wooden scaffold, you’ll need to use Power Word Purify to remove the tangle of branches blocking your way. Once removed, follow the decking to the end, and you’ll find the fragment embedded in the rock. 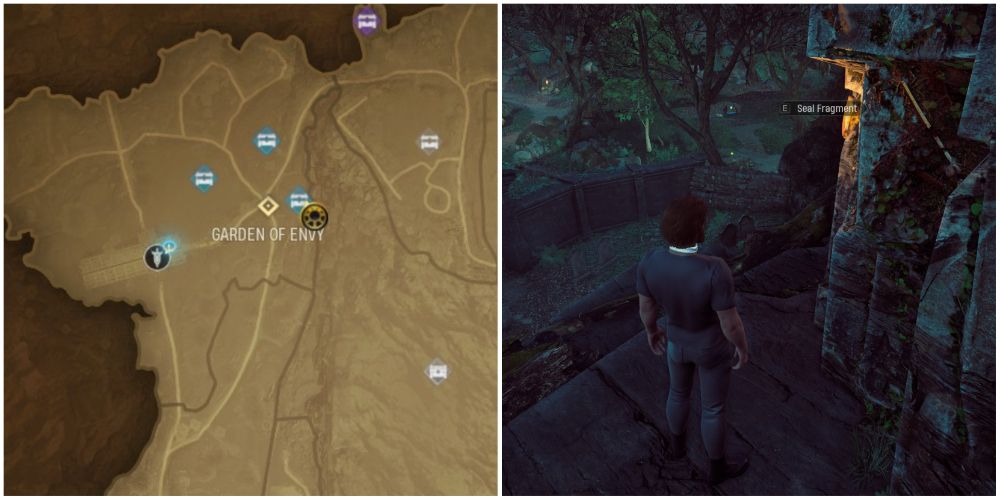 For the second fragment of the Fourth Moon Seal, fast travel to the Garden of Envy. There is a small cemetery behind a wall right where you land, which you need to use Power Word Open to enter. Once inside the cemetery, you’ll see a large fallen log at the back on your right. Run along it and up onto the cliff-side. Follow the cliff path to the end to find the second fragment, stuck in the wall of the cliff. 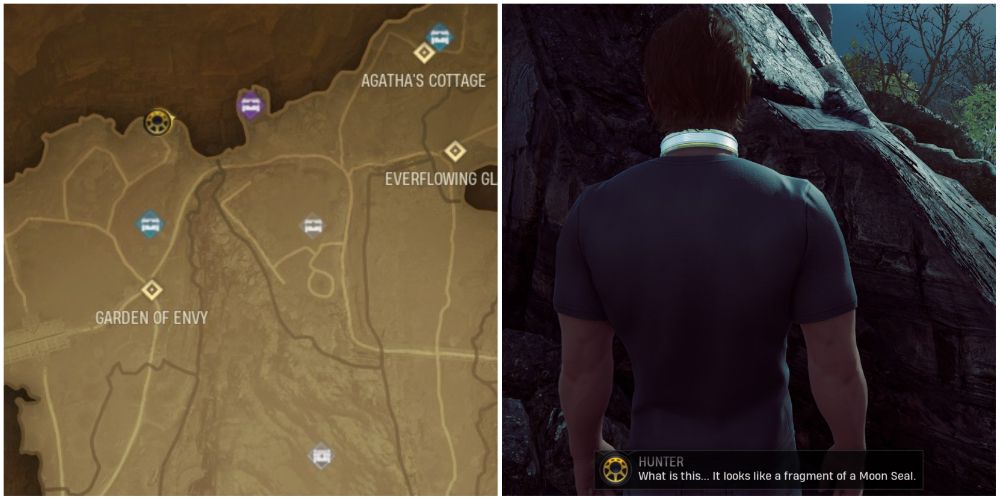 From the Garden of Envy fast travel spot crossroads, take the path that heads northwest and then take the first right-hand path, heading northeast. This dead-end path ends at a large cave. Head in and go up the spiraling path to the end, where you get a great view of the grounds and also find the third fragment of the third Moon seal again stuck in the wall. 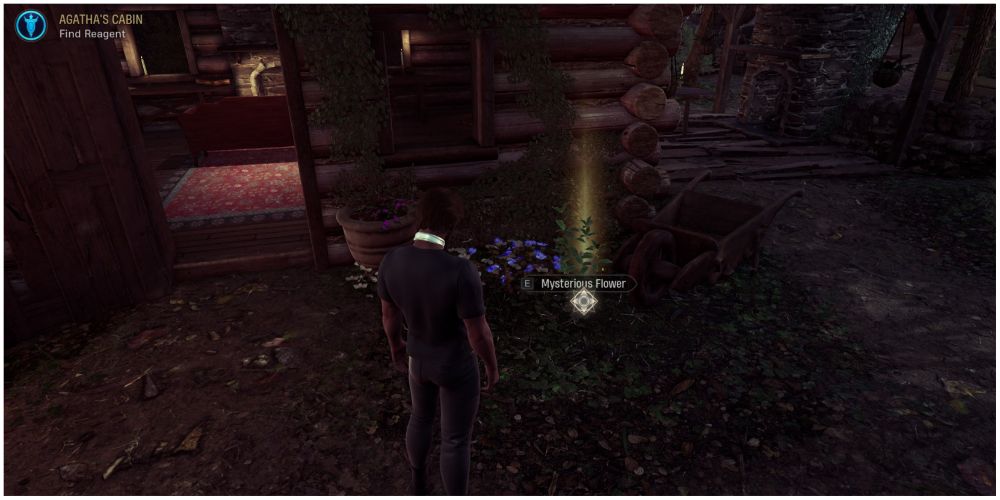 Once you have all three parts, return to Agatha. She asks you to collect a reagent she needs to remake the Fourth Moon Seal from near her cabin. It is called Mysterious Flower and is just outside the door to the cabin, on the right (it is the blue flower next to the wheelbarrow). Take it back to the library, and she’ll transport you both to Agatha’s Altar and repair the Moon Seal. Once repaired, you can take it up the path north of Lilith’s Garden to face the final trial.