One of the largest changes players will notice from Mass Effect 3 to Andromeda is the breadth of options it gives to the player. Companions, skills, weapons, attachments, profiles, and even more are all at the player’s fingertips to tweak.

Players can choose their starting playstyle by choosing a training option, complete with a passive suite of boons called a Profile. Because of this multi-layered system, it can be rather confusing to switch from one game to the other. Picking a good starting Profile can help you get a leg up in combat, but don’t make it a critical decision in your playthrough. If you still aren’t sure what to play, here are some tips on what you should pick, along with an explanation of what each training option entails. 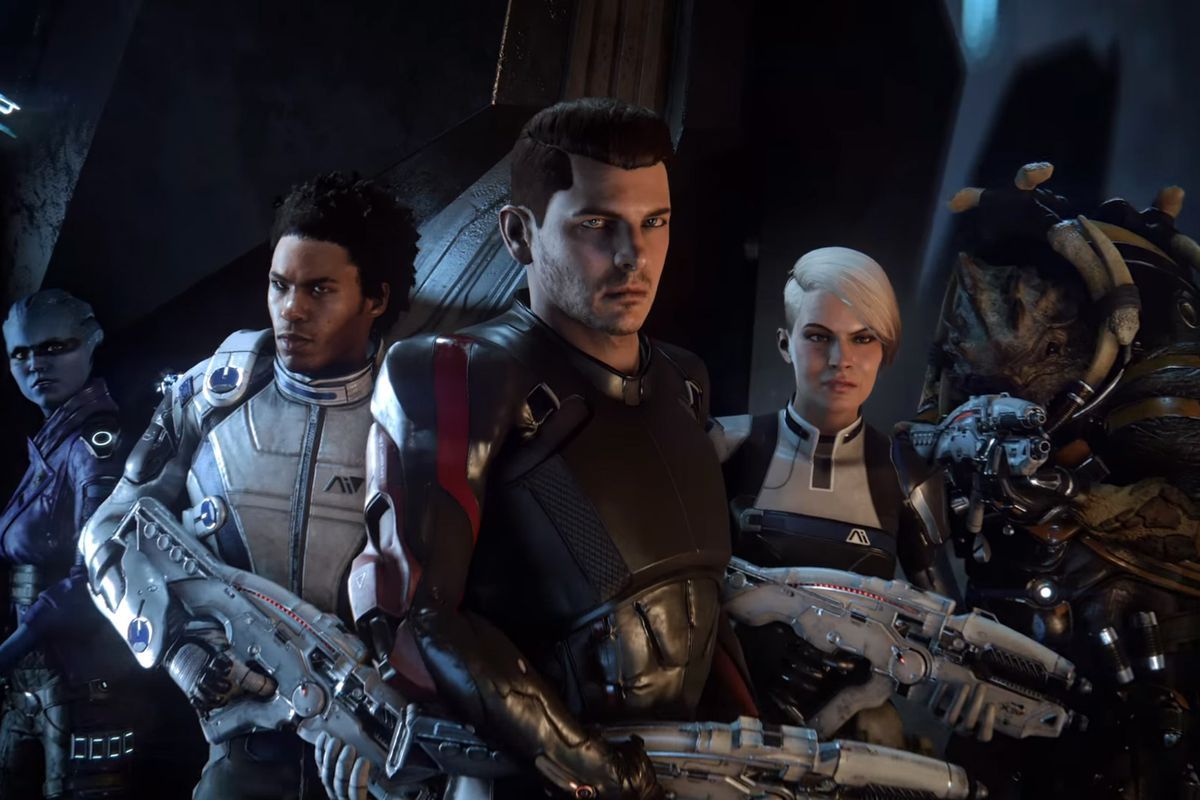 The first question you should ask yourself before delving into character customization is what playstyle you enjoy or would like to experience.

Mass Effect has three core pillars to abilities and gameplay: biotics, guns, and tech. Tech is used to create combat drones or turrets to control the battlefield. Guns are used to, well… shoot people. Biotics are Mass Effect’s version of magic powers, allowing you to teleport short distances or launch enemies in the air. If more than one of those sounds fun to you, there are training types and profiles that align with hybrid playstyles. 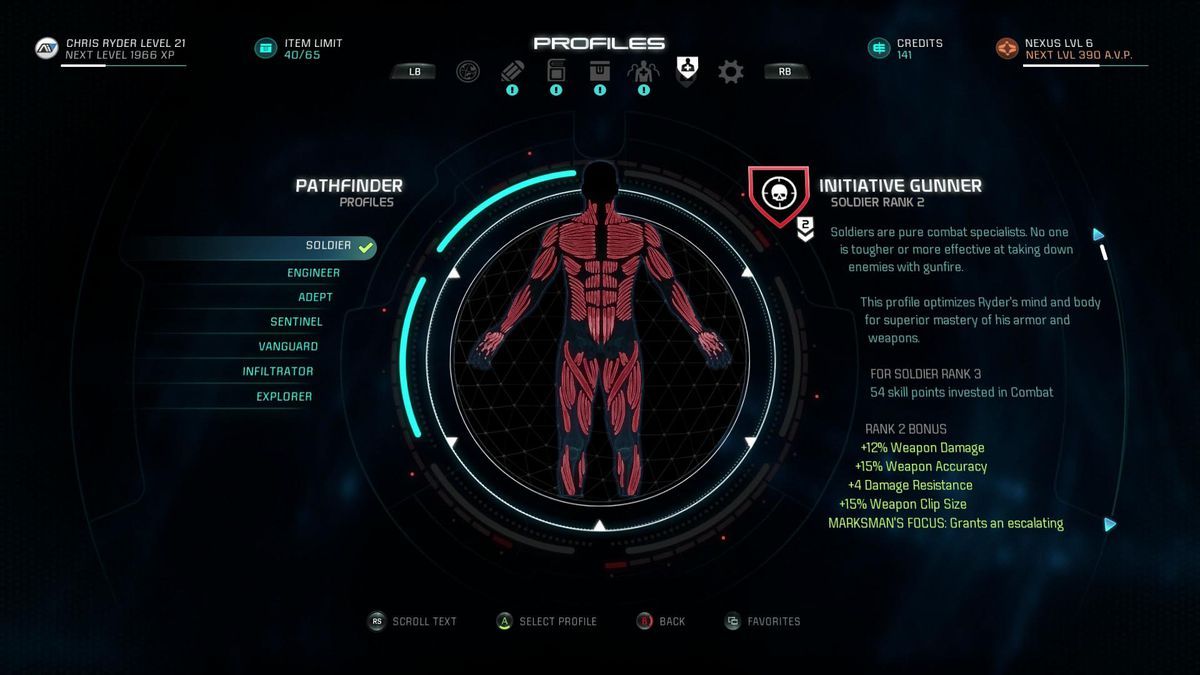 When you select your training, there are specific profiles that get unlocked based on what you chose, giving bonuses to certain playstyles.

These profiles focus your character on certain playstyles, with the soldier profile giving bonuses to weapon damage, accuracy, and giving the player a damage boost for every kill made recently. There are 6 profiles players can start with, and a seventh profile can be unlocked later in the game through spending skill points. Here are all of the profiles you can unlock. 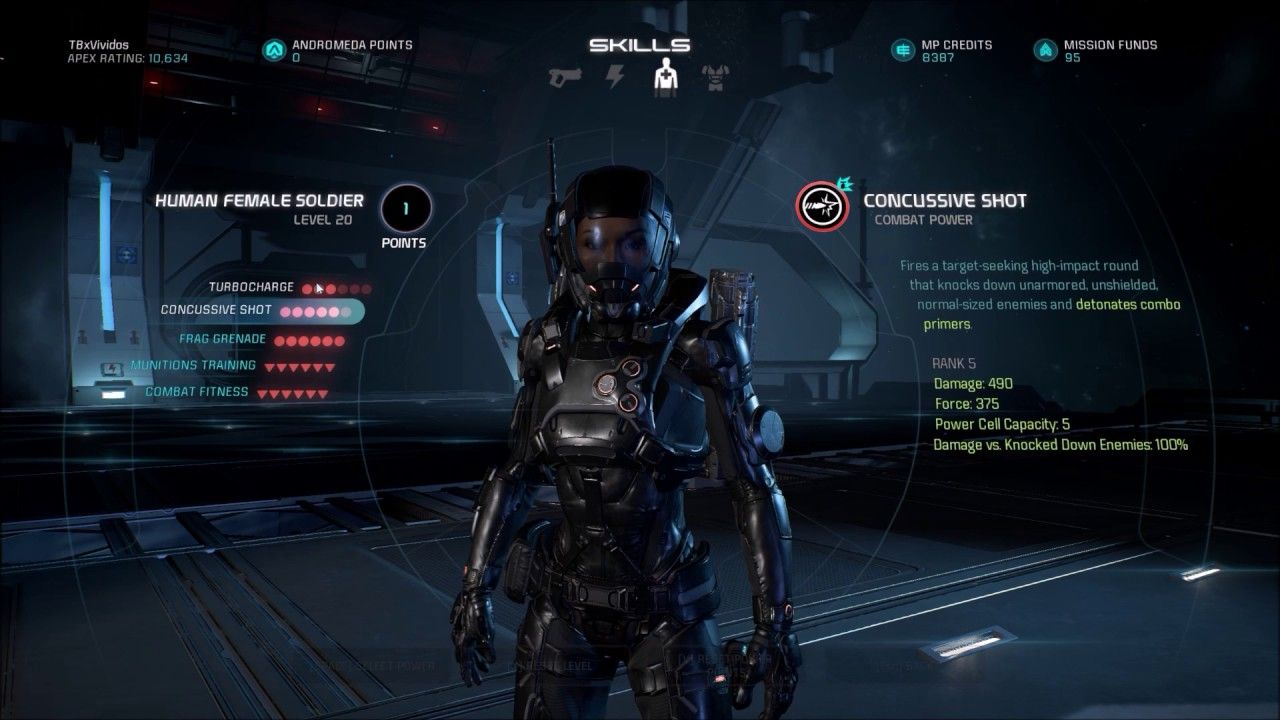 Security puts focus on weapons and general tactics in combat, making them amazing bodyguards are general soldiers. You unlock the Soldier profile when you select Security.

You start the game with the powerful Concussive Shot power, which fires a tracking bullet that knocks enemies on the ground. This is a fantastic skill to shut down harder enemies in higher difficulties. Additionally, players unlock turbocharge and combat fitness as the game progresses, allowing the player to boost the fire rate of their guns and how many guns they can carry. 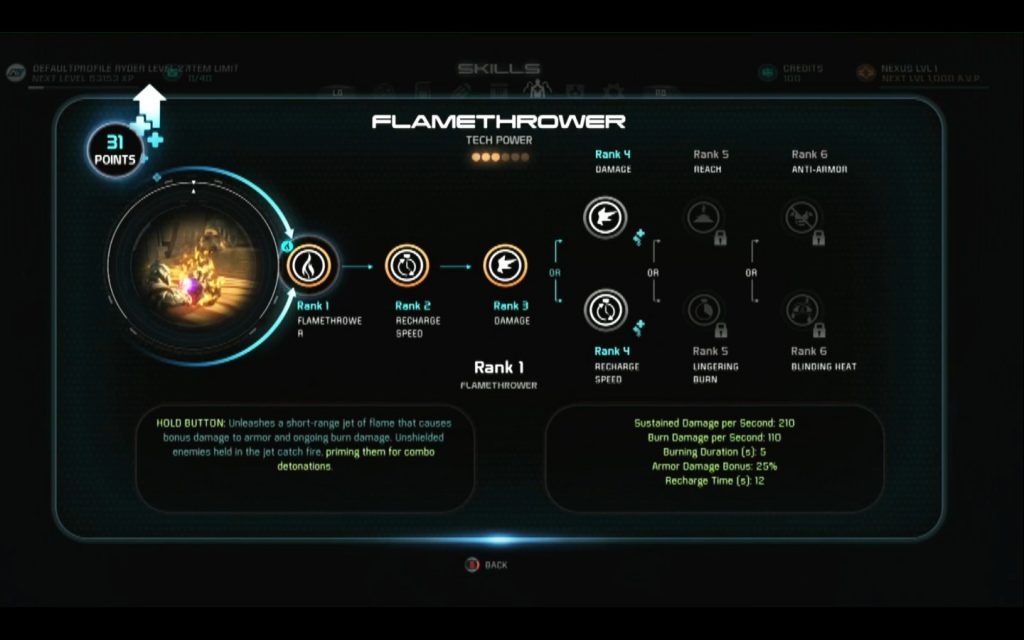 As a technician, you spent most of your time messing with drones and computers. As a result, you are adept at manipulating enemy AI and machines.

Technicians are part of the Engineer profile, and they begin with the Overload power, allowing for the player to chain electricity between targets. This power deals significantly more damage versus machines and shields, making it a fantastic power throughout the whole game. Additionally, players unlock Invasion and Team Support as they level up, granting the player the ability to reduce enemy armor and increase their own. 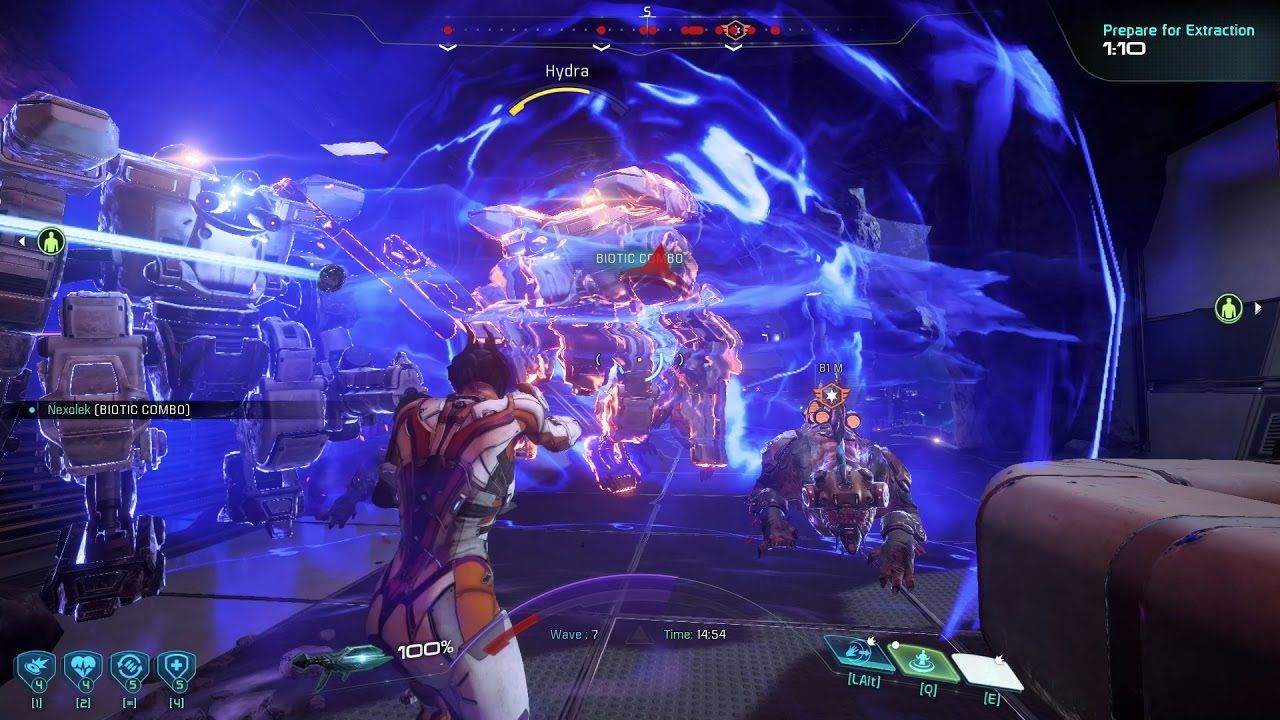 Your natural ability to manipulate mass effect fields has allowed you to use biotics to great effect. You unlock a level in the Adept profile.

Throw is the starting power for Biotics, allowing you to throw an enemy up into the air. Similar to Concussive Shot, this stuns an enemy and leaves them open to easy headshots from cover. Eventually, players can create vortexes to trap enemies together and use barrier shields with the Singularity and Barrier skills respectively. 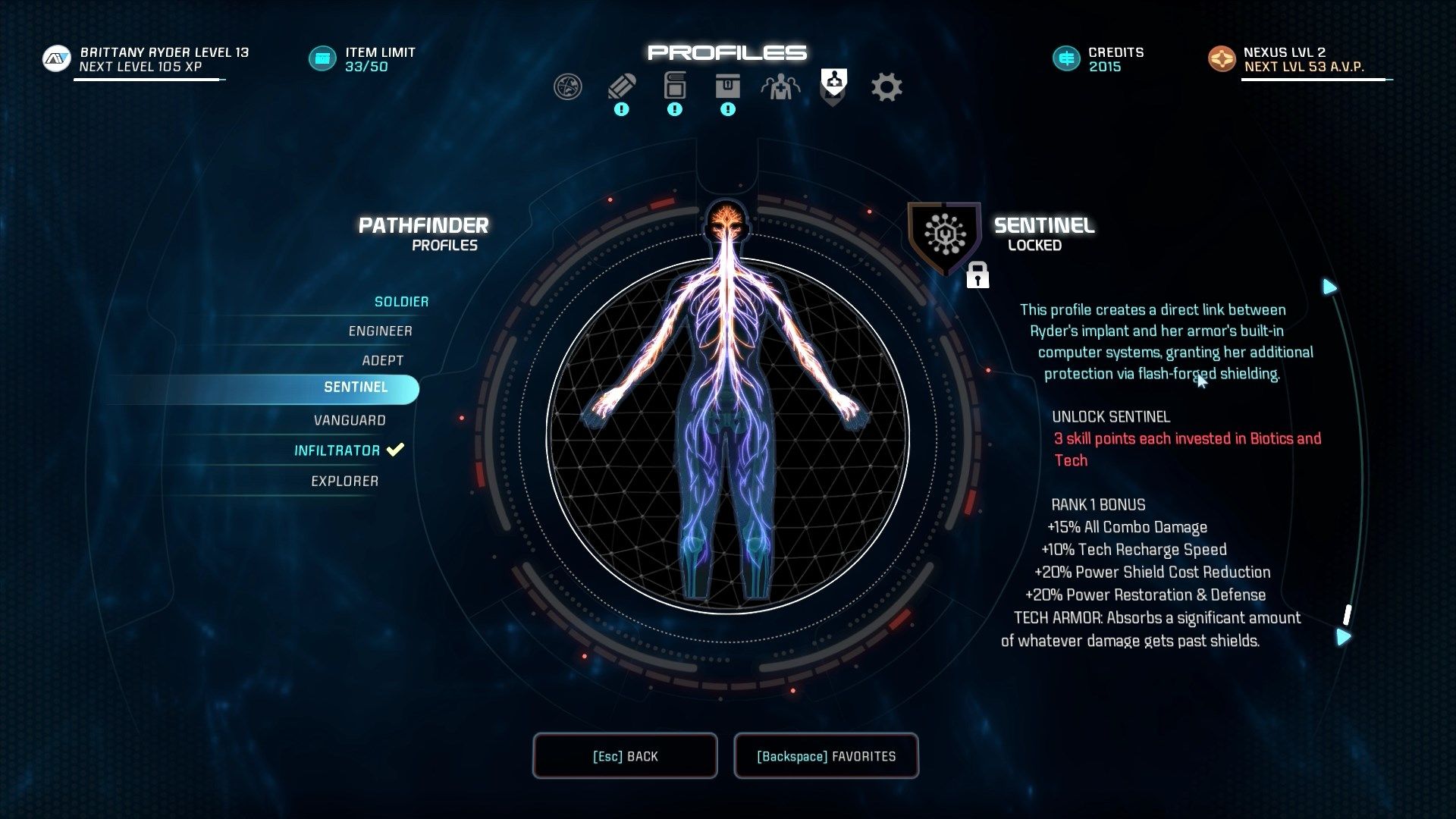 Sentinel is the profile associated with Leaders. You always helped others while in the Alliance, giving you a natural affinity with bolstering team morale.

Weird enough, your starting power—Energy Drain—allows you to drain an enemy’s shield to partially recharge your own. Skills unlocked throughout Andromeda’s story allow you to bolster the health of teammates and siphon health from nearby enemies. They’re fantastic for those who want to play a high risk, high reward playstyle. 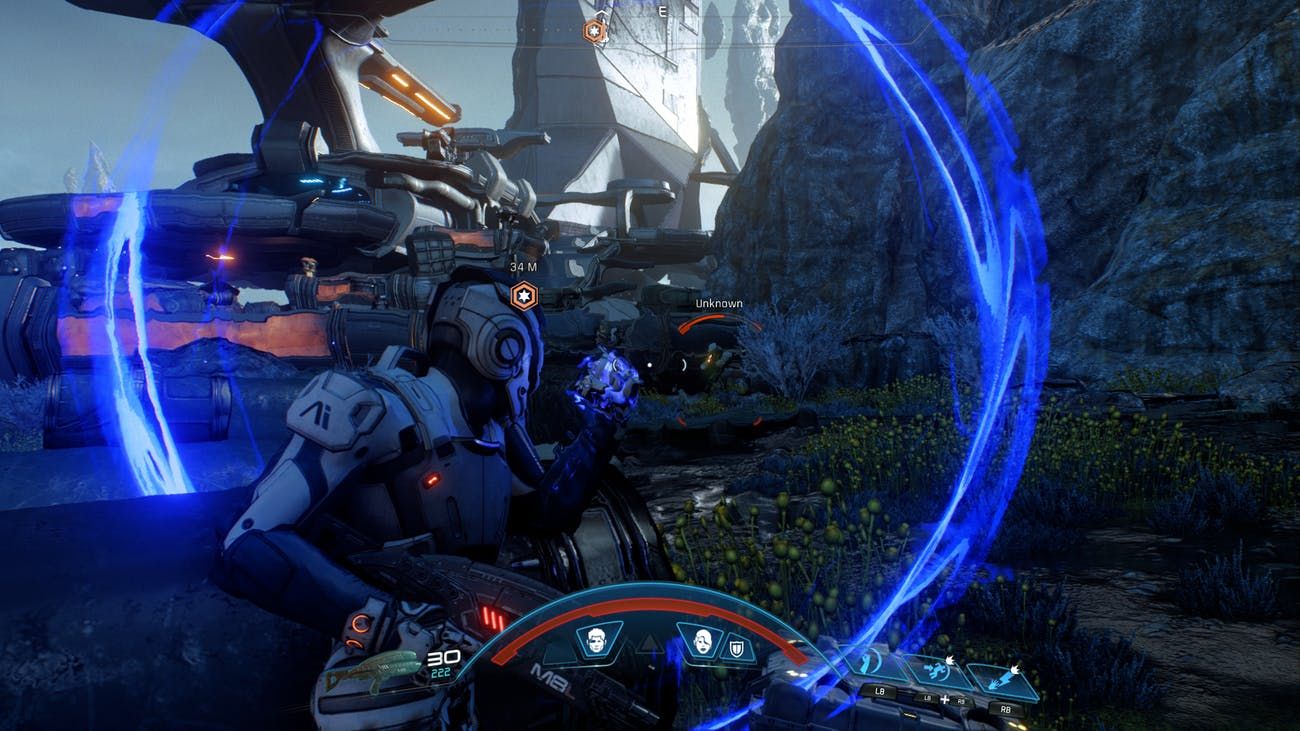 If you like biotics but not enough to solely use them, you might enjoy Scrapper. They use a hybrid of guns and biotics to get the job done.

Vanguard is their corresponding profile, with players unlocking their signature ability from previous games, Charge. Charge allows players to teleport into an enemy, knocking them down and replenishing your shields. Players can upgrade this skill and gain the Soldier’s extra weapon capacity as well. Aggressive players who love shotguns should pick this option. 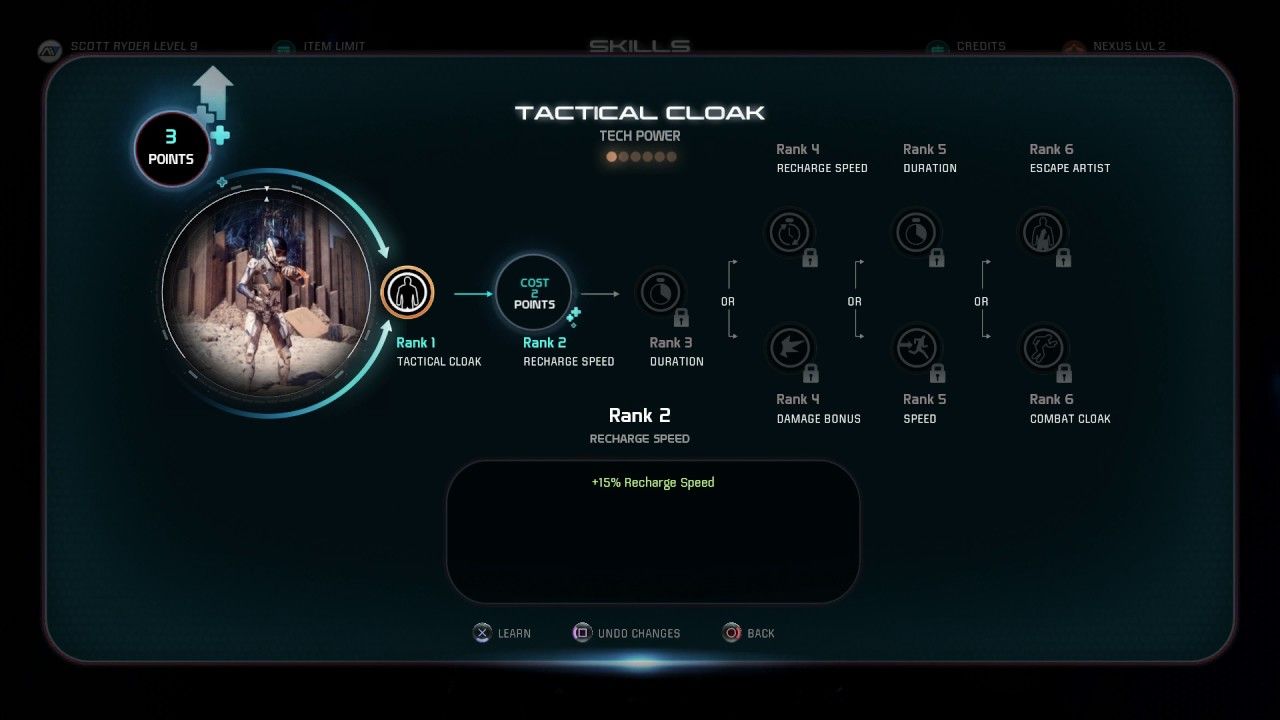 Sniping targets at a long-range and using invisibility for a short time is all the Operative is about. Tactical ambushes and sniping are the playstyles enforced by this training option.

Infiltrator is the corresponding profile, unlocking Tactical Cloak as the first level power. It provides invisibility to the user for a short time to line up the perfect shot. When you decide to strike, a massive damage boost is given to make sure that the target stays down. Upgrades to cloak and extra weapon capacity are skills unlocked with further levels. Playing opportunistically is key to making this training option successful, but the damage output is nearly unbeatable if done correctly. 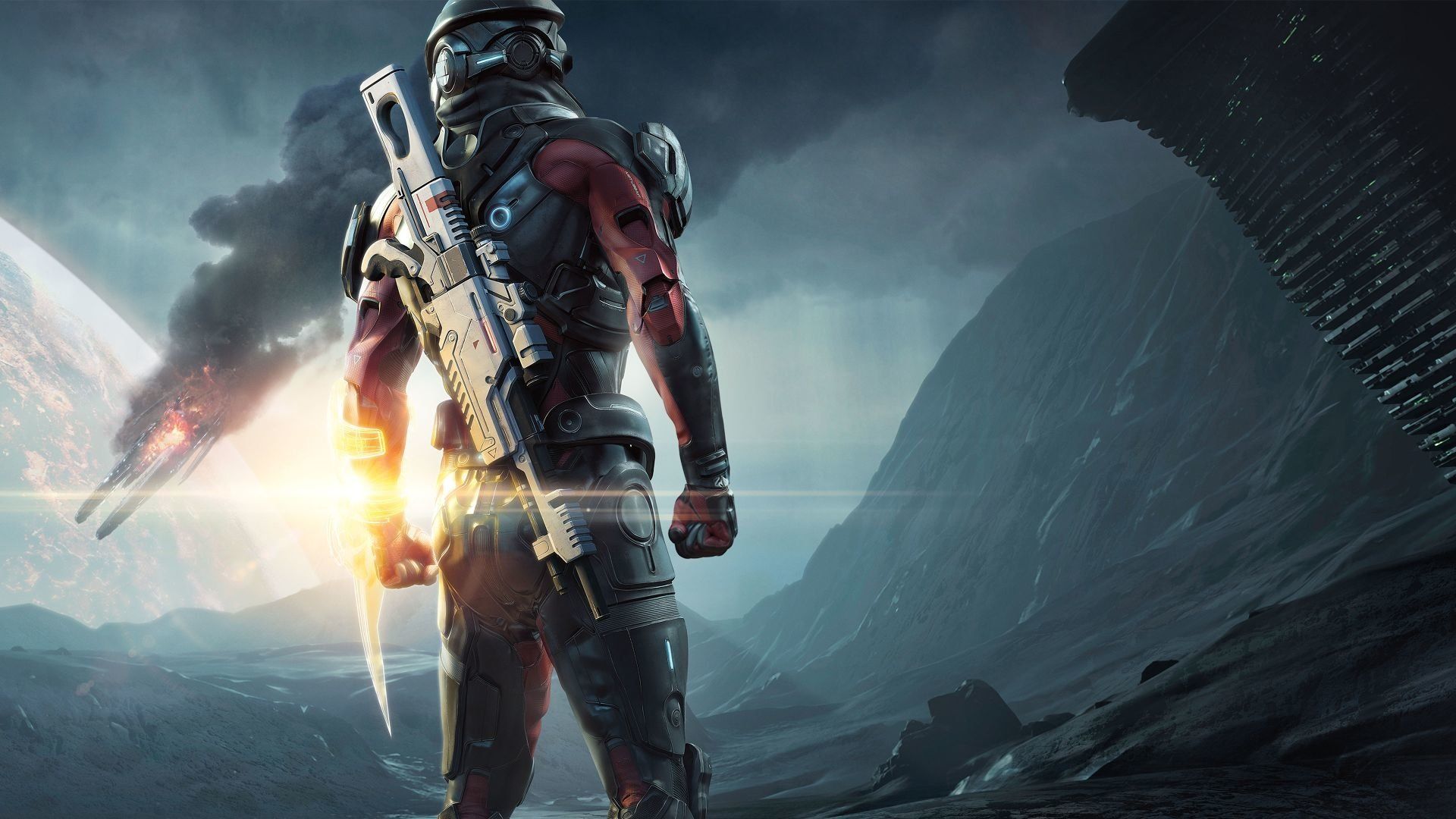 Explorer is an option you are unable to select when you start the game, instead of being available when enough skill points are spent.

This profile focuses on being a jack-of-all-trades, trading specialization for versatility. Boosts to damage, tech recharge, and biotic effectiveness are all part of the package, making this a fantastic choice for those who are still not sure what to play. You can pick a training option that has a skill you like, then switch to this later in the game to get the best of both worlds. 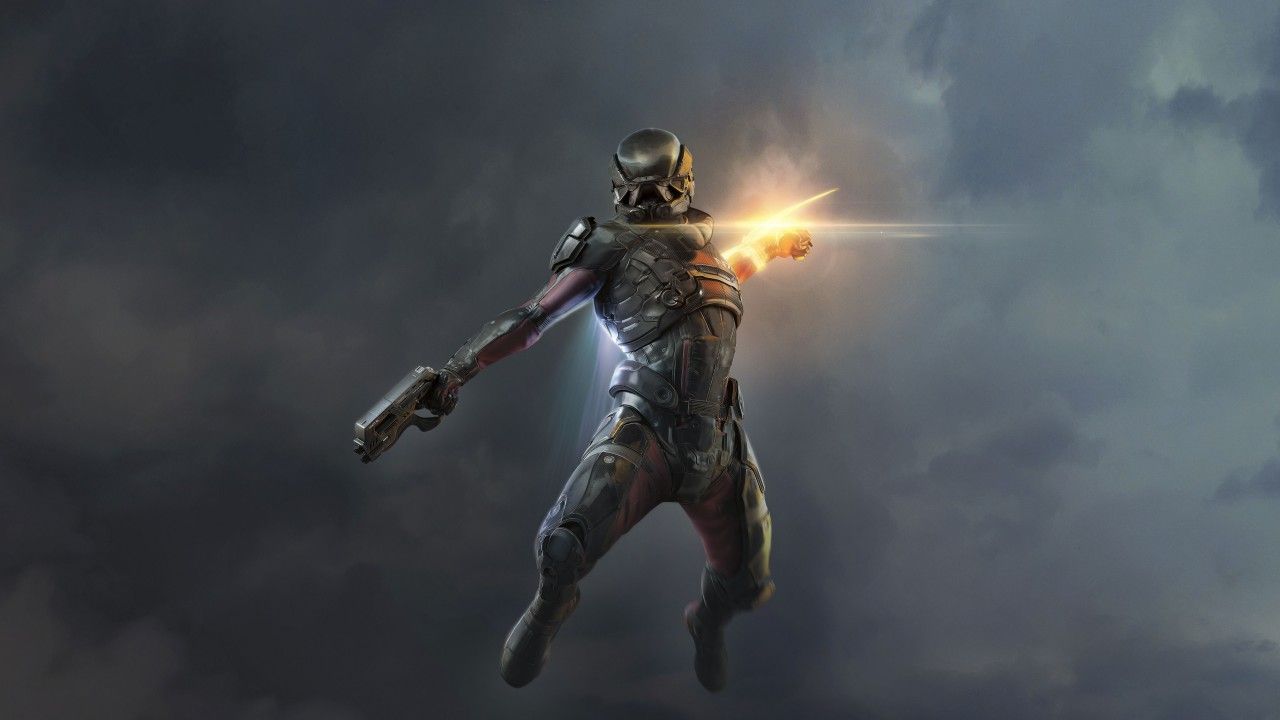 Training isn’t everything when it comes to making a character. It only affects your starting choices. If you decide later on you dislike your training, just start investing in another profile that sounds more engaging.

Thanks to Loadouts and Favorites, this is easy to do. Loadouts determine what weapons, attachments, and current companions Ryder is using at any given moment. Players can switch their skills and profile using a Favorite menu, allowing them to switch powers at any time. If you choose a tech-focused tree, you can have one configuration be focused on drones and another focused on biotics, using both suites of abilities mid-combat. Because of this, your training choice should be seen more as what starting skill you want rather than being the sole defining trait of your character like in previous Mass Effect entries.