Mass Effect 2 made a bunch of improvements on the first game, but it's the smallest feature that breathes so much more life into the RPG. As of the second game, we get access to Shepard's emails, letting us receive messages that can vary based on our decisions. Now, thanks to a new mod for Mass Effect Legendary Edition, we can get these communications in the first game too, and even track the news as we hunt down Saren.

Eclectic Emails from Nexus Mods user TDA792 adds a bunch of different emails and news reports to the first Mass Effect, accessible via a terminal in the Normandy control centre. As well as letting you stay in touch with characters you meet on your journey across the galaxy, you'll even get reports from certain members of your crew, making your ship feel more alive.

"This mod features several emails introducing and fleshing out different aspects of the story," reads the mod's description. "Receive emails from Hackett, Pressly, Chakwas, Joker, and more in an effort to expand the story in a non-intrusive, lore-friendly manner."

Some of these messages are displayed on the Nexus Mods page, showing how they fit into the story. For example, the first email is from an engineer, congratulating Shepard on the promotion and informing them that the Mako has received some upgrades – explaining why it controls better in Legendary Edition. 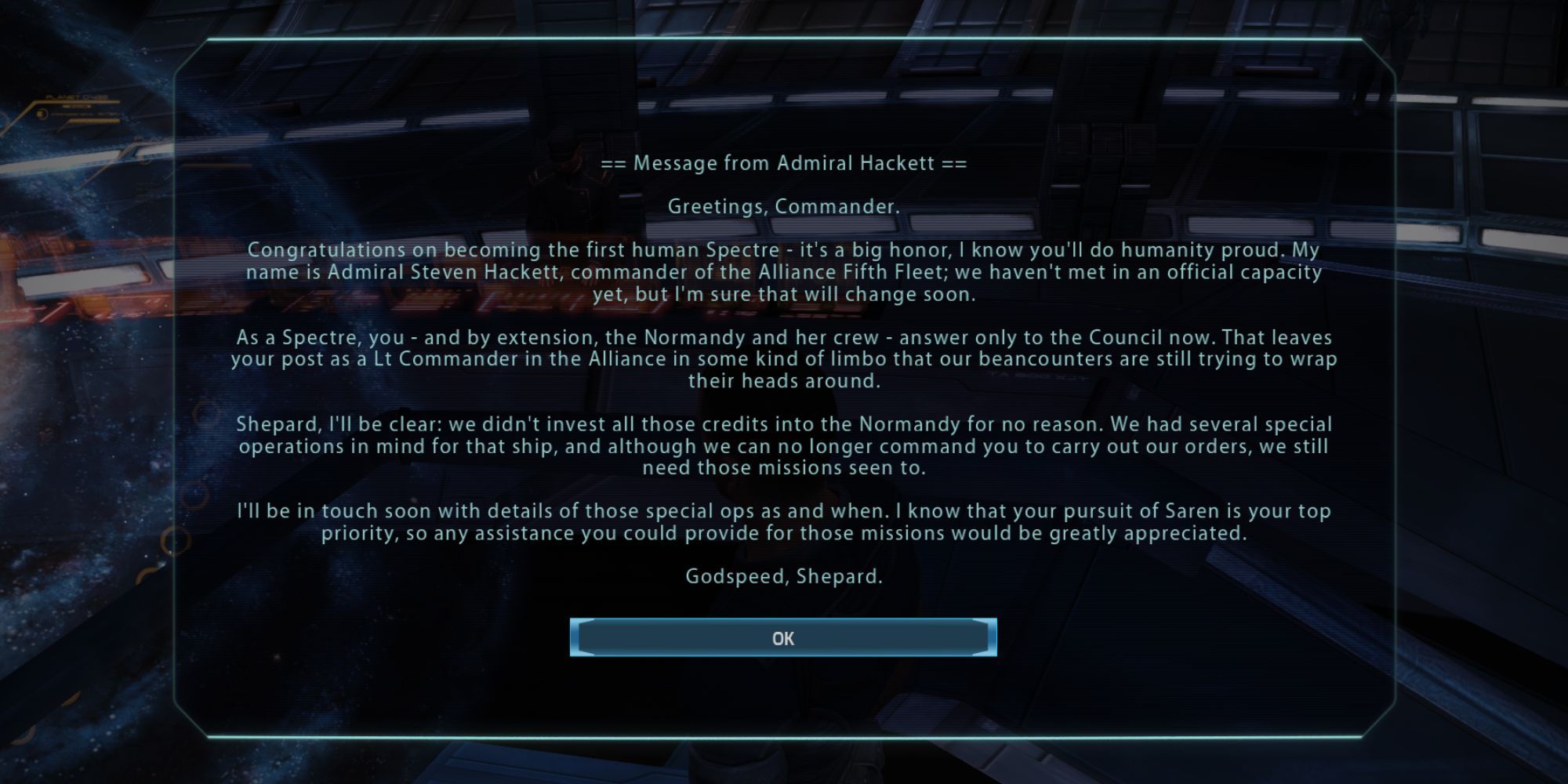 On top of this, you get XO Pressly's reports, since he takes command of the ship while Shepard is on missions. This gives you another perspective when you return, and makes you feel much more like the commander of the Normandy than you do in the base game.

Aside from this, you can expect the mod to introduce you to characters you'll run into both in the first Mass Effect and its sequels. You can also read the write-up of the interview you conduct with Khalisah al-Jilani – even if you punch her in the face. Hell, especially if you punch her in the face. Shepard definitely makes an impression wherever they go, so it only makes sense to get a mod that acknowledges this.