Diplomacy is Not an Option will be released into Early Access on January 26, 2022. The full version will be coming out at some point later this year, but you can get a sneak peek on Steam. The game is all about fending off hordes of angry peasants who have risen up in revolt against your despotic rule.

You play as a Medieval aristocrat of somewhat questionable character. “Step into the well worn shoes of our hero: a long suffering minor lord who is forced by circumstances to engage in battle with vastly superior enemy forces.” And these really are superior forces. “Experience warfare on an entirely new scale as over 10,000 enemy units assault your castle walls. Do you have what it takes to save the kingdom? Is the kingdom even worth saving?”

“The ground is fertile for the seeds of rebellion! Misled by feckless advisors, the king cares not for the bureaucracy of statecraft, so when the masses rise up, there is little warning or aid to be found. You alone must don the helm of battle and defend your lands from the murderous peasants. But victory will grant you scarce relief as you are the only one proven capable of protecting the kingdom. You must put down the rebellions, flush out its leaders, and restore stability.”

The game is mostly a matter of building up your defenses and placing your troops to withstand a siege. The maps are procedurally generated, so you have to take a different tack each time. This involves laying down walls and setting up towers in addition to distributing your forces. ”Consider your gates, your lines of advancement and retreat. Create kill zones and fallback positions. You will need to take an active role in combat to get the best from your men.” 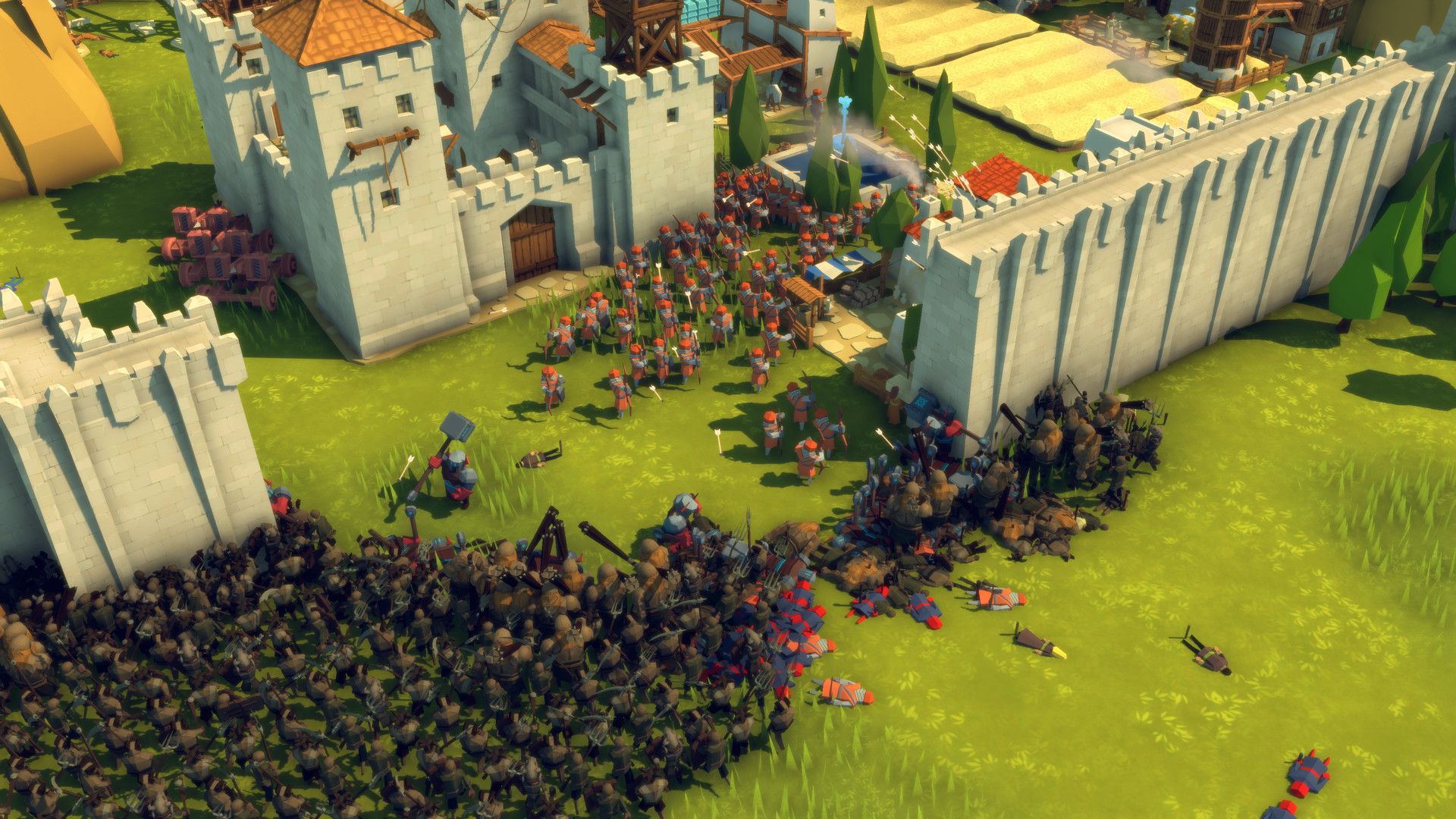 You can have recourse to magic in the furthering of your ambitions, but this can sometimes be a double edged sword. “There is a dark history of tainted power that stirs the dead and traps wayward souls. A proper burial for your slain is not just a tradition — it is a necessity. On the lighter side, it can also be used to call down really big fireballs onto your enemies.”

While strategy and tactics are a big part of the game, Diplomacy is Not an Option also has a management side. You have to gather resources and plan research. “Food, wood, stone, iron, and gold are the foundations of your economy and you will need to watch your supplies carefully if you are to meet the advancing foe in a timely manner.” You can also trade with distant lands. Be sure to stay on top of things because “if you do not care for your people, you may soon find yourself overrun with a most unpleasant plague or with battlements guarded only by the wasting bones of your malnourished soldiers.”

The full version will feature a complete campaign, but you can play the first few missions while the game is in Early Access. You can also download a free demo if you just want to test the waters.