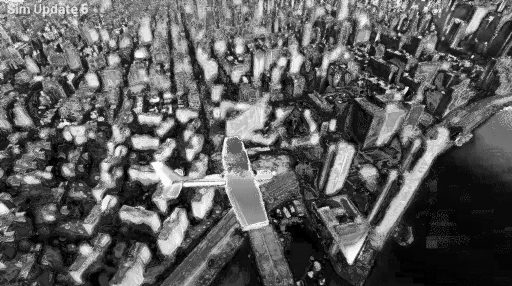 An upcoming update to Microsoft Flight Simulator could have a big impact on how well the game performs in VR.

Developer Asobo integrated VR support into the game late last year and the implementation was incredibly impressive. But adding VR support into an already demanding game really tested a lot of rigs, ours included.

But the upcoming Sim Update 5 will include a performance overhaul for Flight Simulator that should give machines a major boost. Asobo showed its work in action during a recent livestream (starting at the 8 minute mark), showing off a demo of the current version of the game running on an RTX 2060 Super with an Intel i7-9700K processor.

The current build of the game achieves between 35 – 40 frames per second on Ultra settings. But, with Sim Update 5 running on the same spec in the same part of the world, the game is able to achieve around 55 – 60 fps. Again, this is Ultra settings showing in 4K, so there’s a lot of demand on the specs here.

“So basically we have rewritten a lot of the parts of the engine, of the architecture,” the team’s Sebastian Wloch explained, “or improved in order to get the maximum performance out of the sim and minimum resource from memory or bandwidth footprint.”

But what about VR support? “Definitely there’s going to be a positive impact on VR, that’s for sure,” Wloch said. “We just don’t know exactly how much yet. Maybe it’s the same as we see here. Maybe it’s more. I think it’s going to depend on which VR headset, which GPU and which CPU, but it should definitely be better.”

Given the fractured nature of the PC market, Wloch noted that he “can’t say everyone’s going to get this much framerate” but we remain hopeful that we’ll see some big boosts to the game’s performance in VR.

Sim Update 5 is launching on July 27, which is the same day the game arrives on Xbox consoles. We’ll definitely be looking to see if we get any performance improvements from the game then.