Mighty Bear Games has launched its food-fight themed multiplayer Butter Royale game on Apple Arcade. It’s kind of like a version of The Hunger Games that makes you hungry.

Singapore-based Mighty Bear Games is putting a family-friendly spin on the popular Darwinian genre for Apple’s subscription service, which now has 108 iOS games.

Set in the near future, after a global ban on weapons, contestants engage in food fights on Butter Island to satisfy their hunger for competitive action. Contestants use ‘Nutritionally Operated Machines’ (NOMs) to launch food at one another during five-minute matches, while trying to escape floods of butter to get to safe zones. 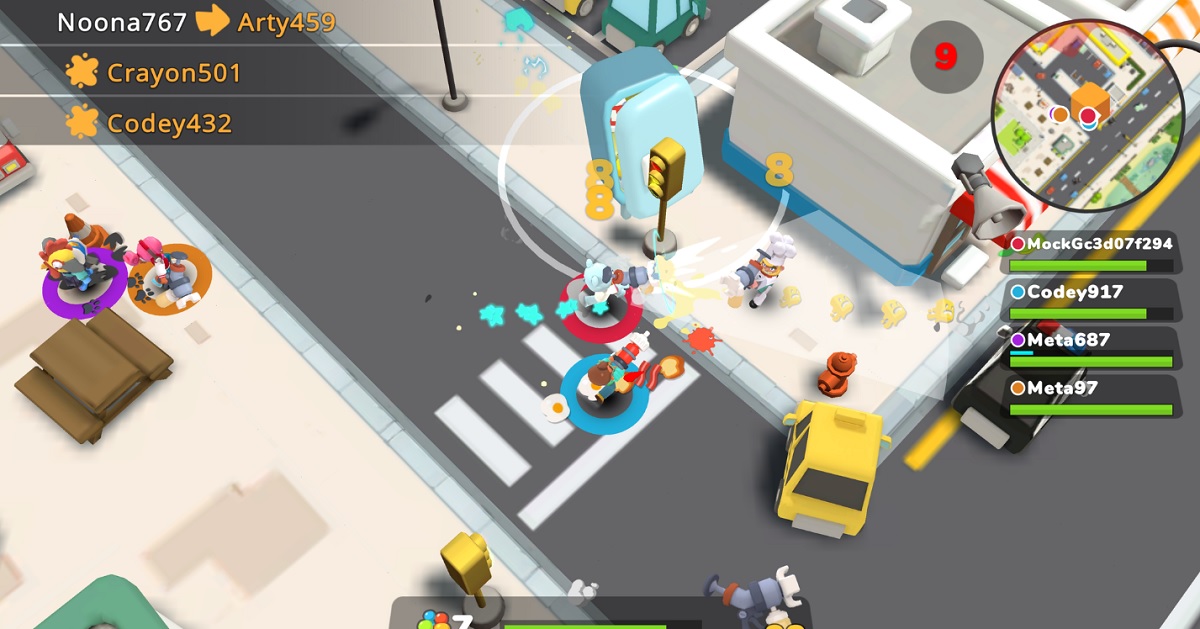 Gamers play offline against AI bots, or in the online mode with 32 players competing to be the last one standing, either solo or in squads. Gamers can also choose to play as one of any 52 characters, spanning diverse backgrounds, ages, and genders. The controls are designed to be simple and accessible so players new to gaming will be able to pick it up quickly.

You can play it across iPhone, iPad, Apple TV, and Mac, and with Family Sharing, up to six users can play on a single Apple Arcade subscription.

Simon Davis, CEO of Mighty Bear Games said in a statement that the team designed the game to push the envelope on fun and inclusivity in a game for everyone from young kids to grandparents. It was also important to make the game a nonviolent shooter, he said.

The game has no in-game chats, in-game advertisements, loot boxes, or in-app purchases. Mighty Bear Games was founded by three game veterans: Davis, Benjamin Chevalier, and Fadzuli Said. The team has experience in games at places such as King, Ubisoft, Bigpoint, LucasArts, and Disney.