The Gays love Mortal Kombat’s Mileena. You have to wonder if there’s a deep reason behind this. Perhaps we find it easier to empathize with the princess who is considered less than her sister, Kitana, because of aspects of herself she cannot control? She’s evil, sure, but she was never really given a choice.

Maybe it’s just because she looks pretty cool. Mileena has been rocking the magenta drip for three decades now, and even though Kitana is literally exactly the same as her, minus the grotesque teeth, her clone-sister is just way more popular. And like, the teeth are cool.

In her 30 years in the series, Mileena has come a long way. Starting out as the “mad”, “ugly” – but still sexualised – version of Kitana, she’s now a fleshed-out character and a fantastic villain, arguably the best one the series has to offer. She’s hungry for power, because she knows what it’s like to have none. But in recent games, she’s also eager to find love and acceptance for the same reason. And better yet, in her Mortal Kombat 11 ending, she found it.

After 30 years, Mileena got an ending where she became a gay queen. She settled down with her ally-turned-gal-pal, Tanya, and had a demon baby. And if the next Mortal Kombat movie wants to represent the series’ exciting future rather than its great, but overdone past, it better put this sapphic icon centre stage. Let her shine after so many years on the sidelines.

“But Rhiannon, don’t you remember? She died in the first one!” Don’t care + didn’t ask + ratio + fatality. Mileena has risen from the dead before, and unless they bring her back – and make her the LGBTQ+ icon we knew she should have been years ago – the film is doomed to be yet another dull retelling of a story we’ve seen many times before. Because now that we’ve done the Shang Tsung story, we’re left with her dad yet again, Shao Khan. Following the games in order is not a good idea for this fledgling movie series. 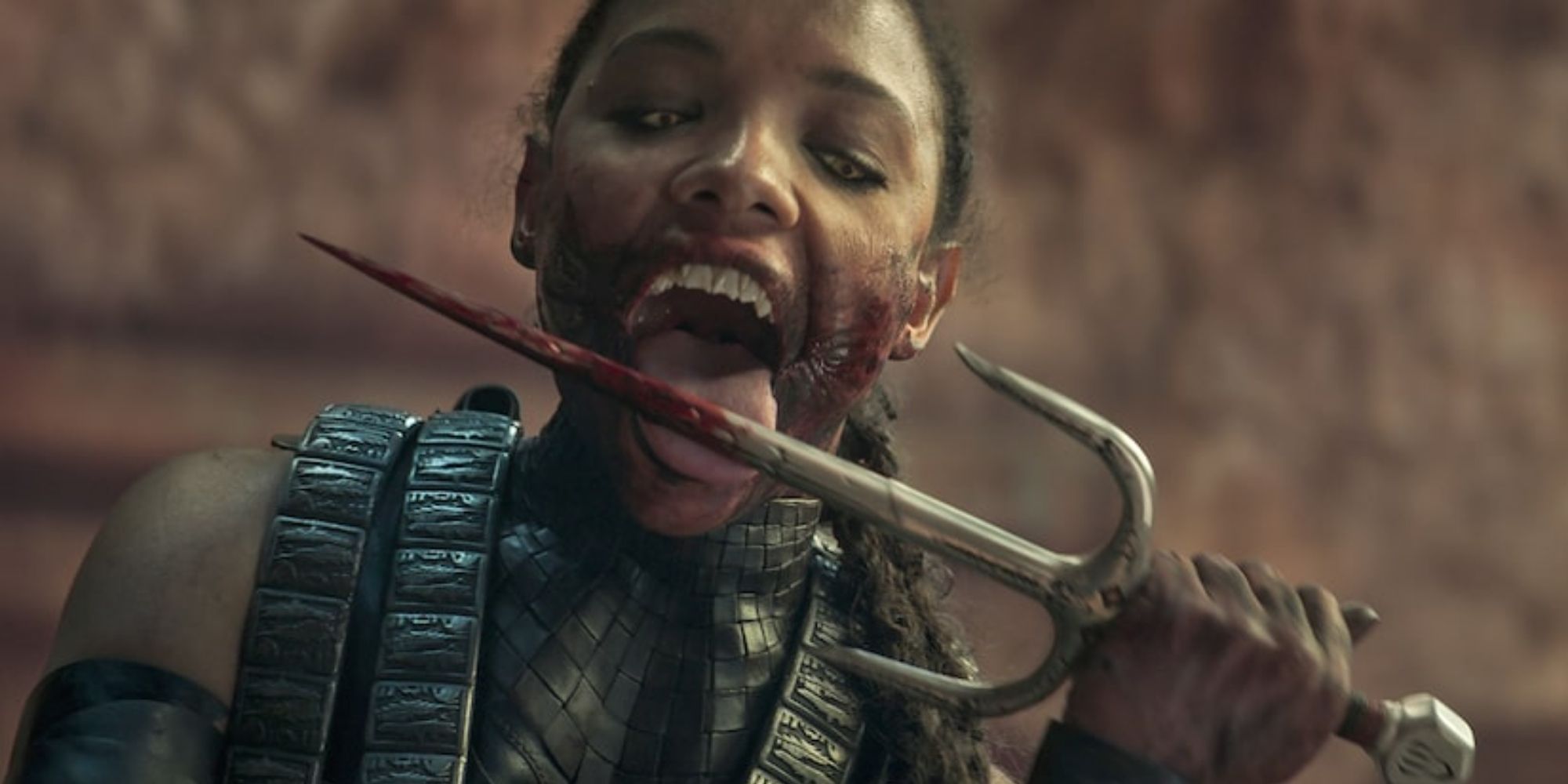 Sadly, it's a trap the first film fell into, for the most part. The best thing Mortal Kombat 2021 did was bring in characters that don’t usually appear in the first story, such as Mileena, Nitara, Jax, and Kung Lao. But these characters went underused so we could have more Scorpion/Sub-Zero fights. Just like we have in every other film adaptation.

The sequel will introduce Johnny Cage, and we can pretty much write it now. He’ll take over from Kano on the one-liners, and go on the same old “learning to care about my friends!” arc he’s been on for years. Cole Young and the gang will go up against Shao Khan. Someone will probably die, but not really. Scorpion and Sub-Zero will fight again, somehow.

I love classic Mortal Kombat as much as the next guy, but c’mon, we can do better than this. Do something unexpected! Set Shao Khan up as the big bad, then have Mileena and Tanya overthrow him and pose an even greater threat. Let Mileena’s actor really ham it up, like her amazing voice actor in MK11. Let her raise a demon baby. Mortal Kombat as a series is at its best when it’s over-the-top like this. The non-canon endings are always better, so draw inspiration from them. 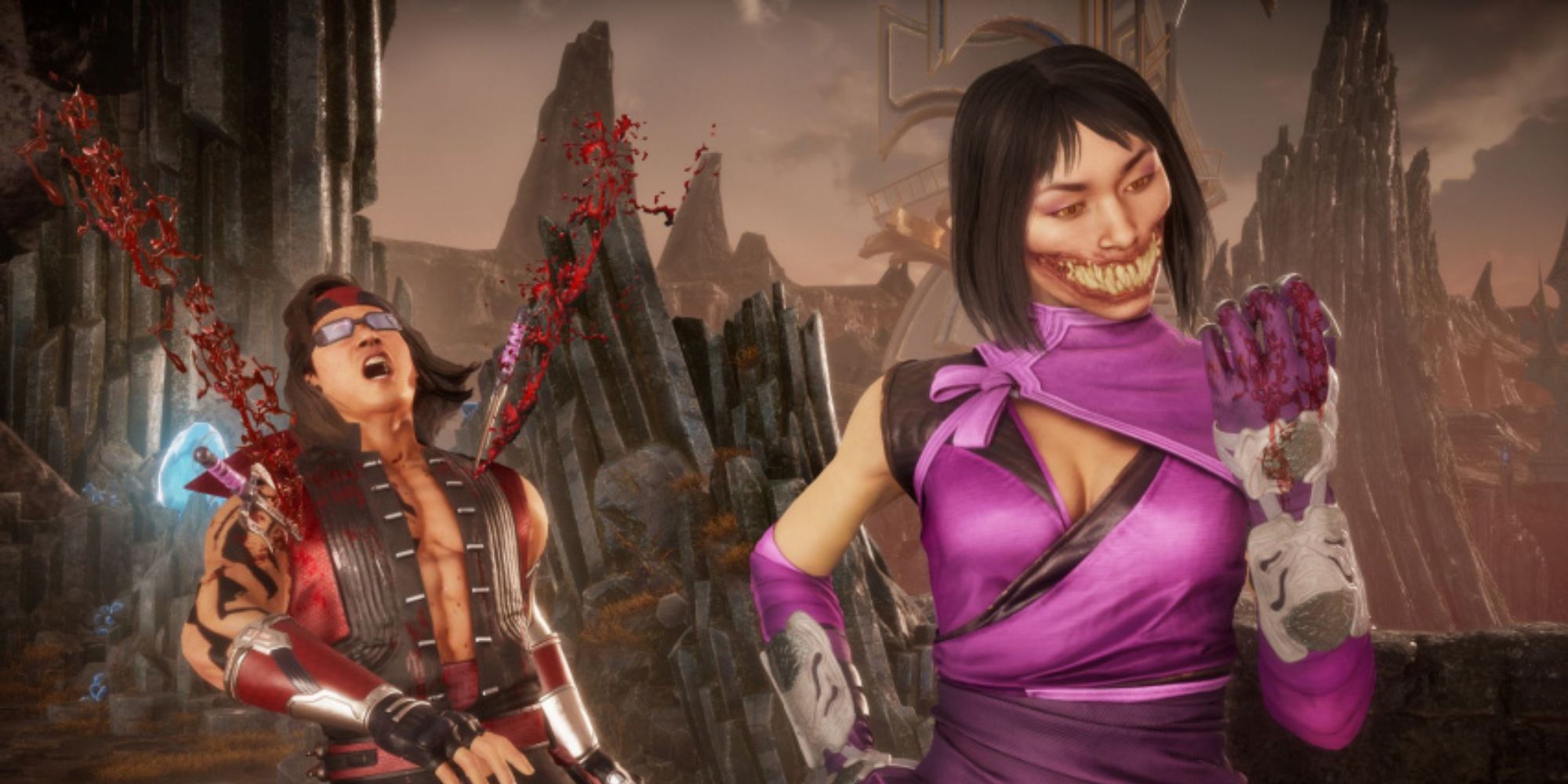 Bring in other evil ladies too, while we’re at it. Sindel, while in her bad girl mode, is always a fun time. Tanya is criminally underused, and Sheeva will make for a good big boss fight now that Goro’s gone. But most importantly of all, put Mileena under the spotlight. She’s more than worth celebrating.

Somehow, she’s gone from a piece of eye candy to an amazingly respectful example of LGBTQ+ representation in a series that is otherwise lacking. A gay bad guy can always go wrong, but with her flock of LGBTQ stans, I feel confident in saying that Mileena is how you do it right. She’s fun, she’s murderous, she’s sympathetic. Her same-sex attraction isn’t for the male gaze, it’s for the gays. It’s not linked to her villainy, but more tied to her human side.

We don’t get fun, queer characters like Mileena in games anywhere near enough as we should. For that reason alone, she’s worthy of carrying the next movie, much more than characters who have already had their turn.