Not only does Minecraft allow players to do and create just about anything they want, but it’s also a game that allows you to express yourself seamlessly through various custom skins. While the default skins of Steve and Alex are nice and absolutely iconic due to how long they’ve been in the game, it’s nice to change your skin every once in a while, especially if you enjoy playing with friends.

When it comes to the Java Edition, there are just about as many custom skins as there are players, if not more. Whatever type of skin you can imagine, chances are something like it is already out there. It would be impossible to figure out which of all the skins worldwide are the best, but these ten picks have been rated very high on Minecraft Skins, which is undoubtedly the best spot to find and make custom skins in Java Edition. 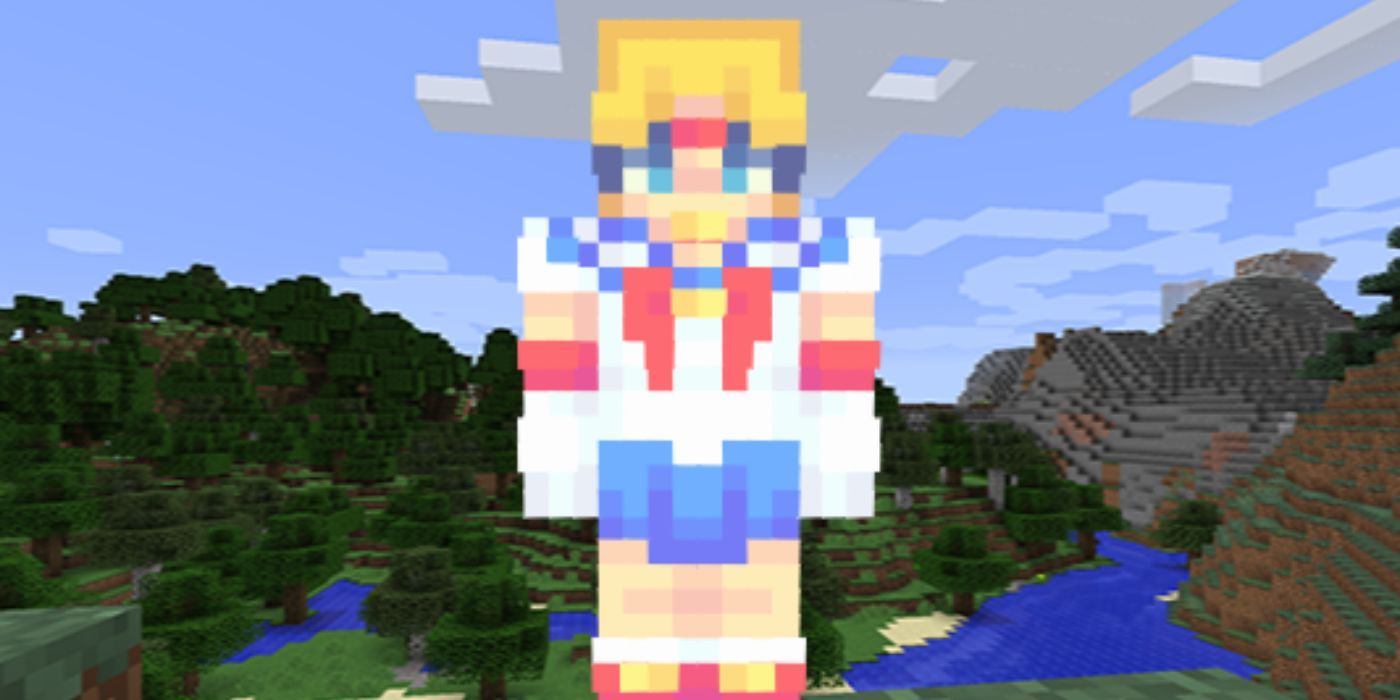 Famous anime characters are one of the most popular ways of expressing yourself through a custom skin, and Sailor Moon in particular is a character that’s been created over and over again. No matter which version of Usagi you prefer, you’ll definitely find some variation that will appeal to your aesthetic.

To get this skin, in particular, you can download anxii’s gorgeous Usagi creation from their profile. The detail and colors look beautiful here, and the shading is very well executed as well. 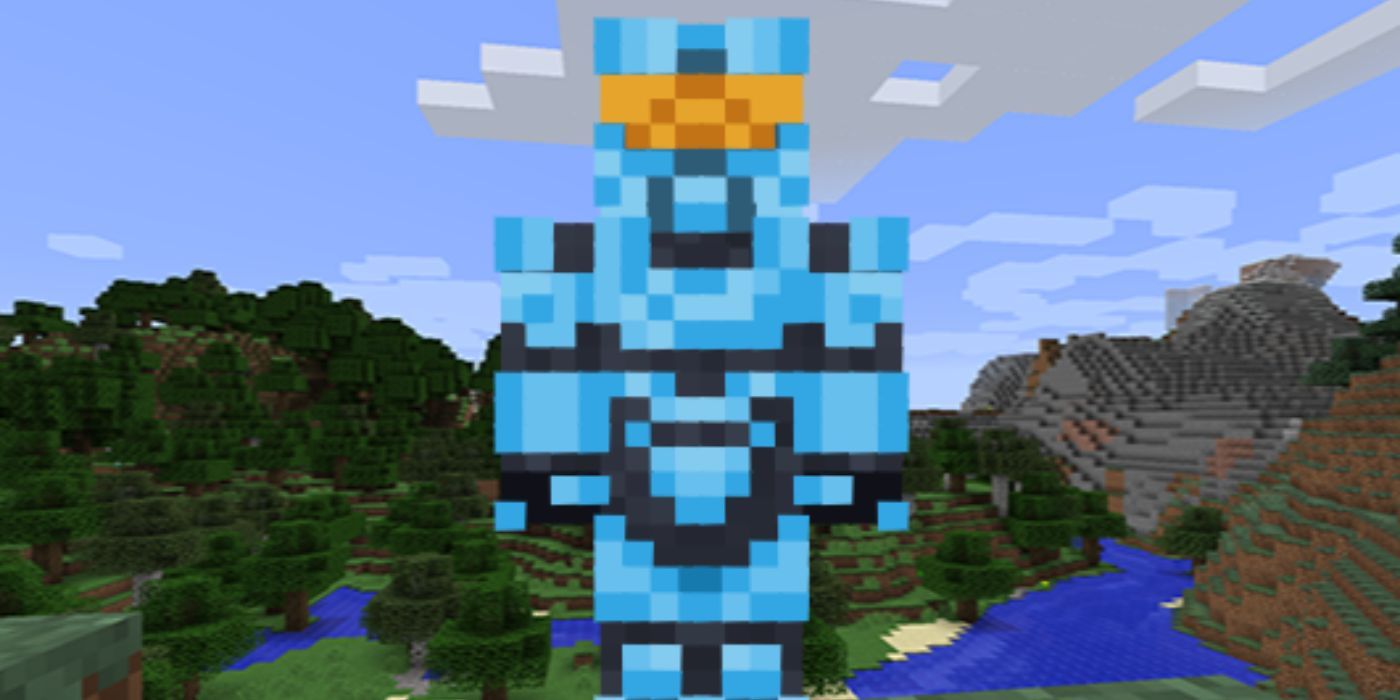 If anime isn’t your cup of tea, the other option is to go for a character from a video game that you enjoy, that isn’t Minecraft. Halo fans will be glad to know that there are hundreds of different variants of the classic Master Chief design. No matter what color or style, you prefer, it’s most likely been made.

This Spartan Ice variation is extremely detailed and was originally made by MrEnderMenn. With this skin, getting through hardcore survival in Minecraft shouldn’t be a problem at all. 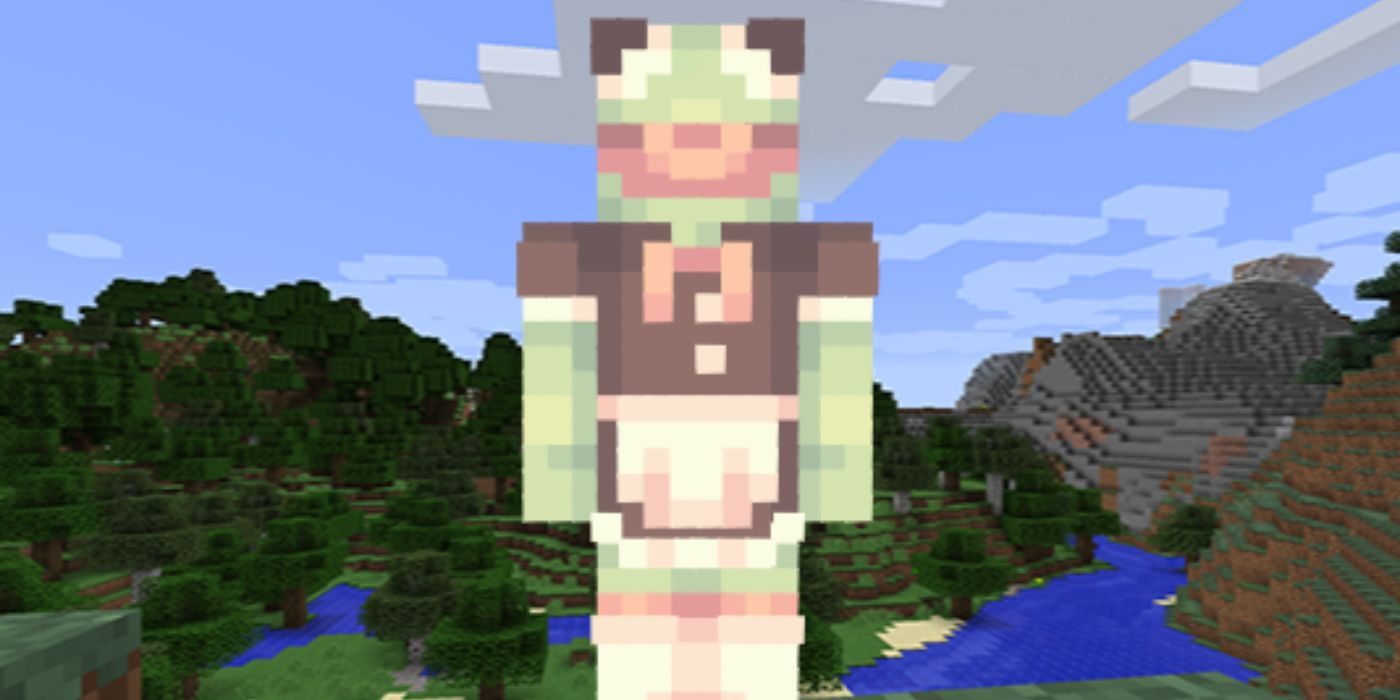 A custom skin is also a great opportunity to show off your sense of humor and quirky personality. There are some incredibly weird and random skins, some inspired by memes and others simply the result of creative minds. This Maid Kermit is just the tip of the iceberg.

The pastel color scheme and highly detailed design are what make this skin both adorable and funny in a strange and endearing way. It’s cute, without being too cute, and amusing without overdoing it with the memes. Grab Maid Kermit here from mocchi’s profile. 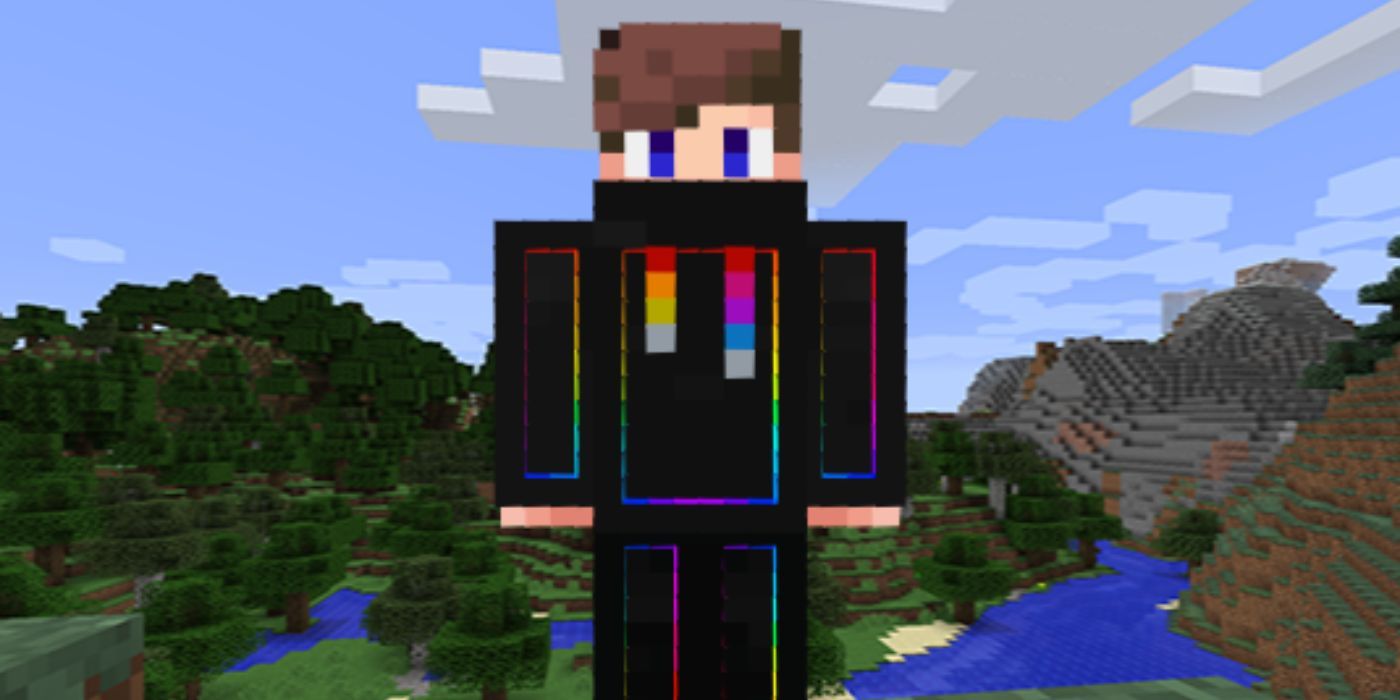 A lot of players prefer to have custom skins that remind them of their real selves. While making your own lookalike skin is an option, there are so many different human skins available that a perfect lookalike just might be hiding right there in plain sight.

The Rainbow Gamer Boy might look generic, but there’s something cool and mysterious about him. He’s not over the top in appearance, yet has some impressive details on his black clothing that remind others of how much gamers love RGB. You can download it here from SiriusWolf’s profile. 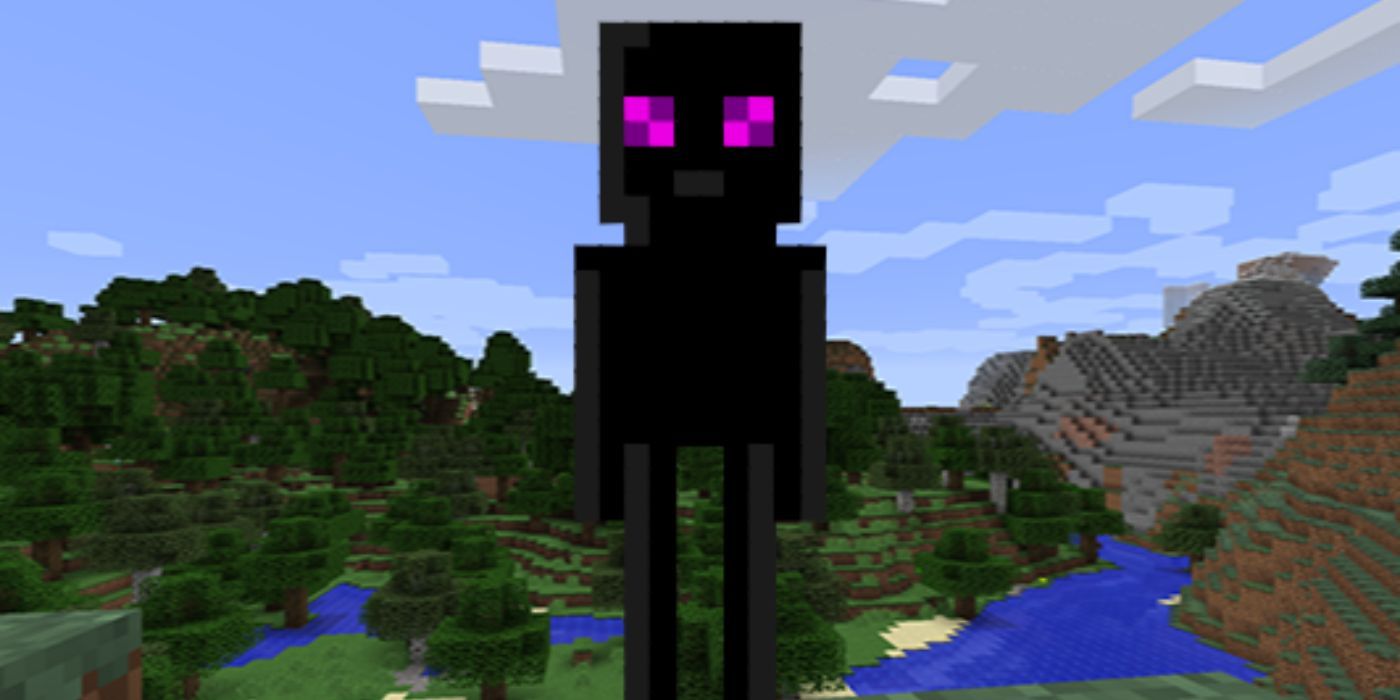 One of the most revolutionary ways to make skins is to leave some of the pixels invisible, which allows players to manipulate the shape of a skin. The result is optical illusions of this type that makes for some really funny and surprisingly cool skins, like this slim, even creepier version of an Enderman.

Sure, some of your character’s body might be invisible, but other players will be fascinated by your appearance as you walk around looking nothing like the typical Minecraft avatar. Go to szlachcianka’s profile to download this skin. 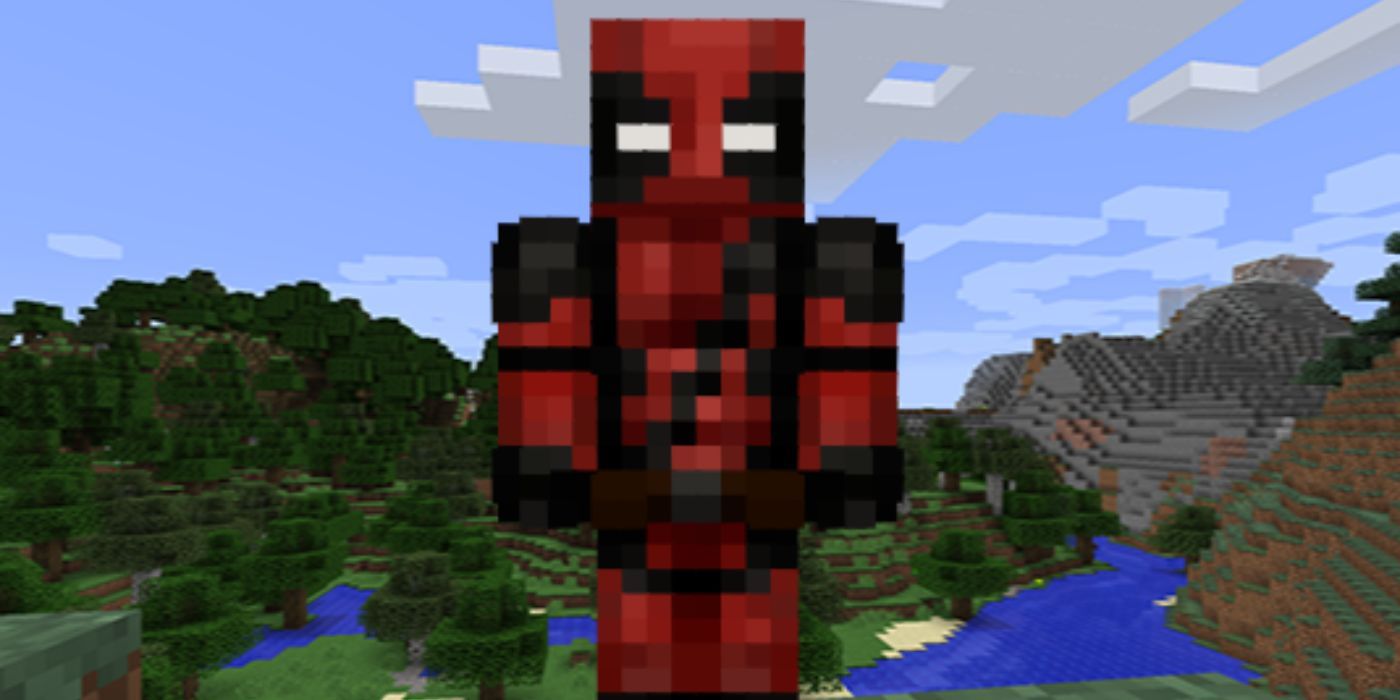 Back to characters that most recognize and adore, one of the most popular superhero costumes is that of Deadpool. He’s a bit of an antihero, and due to his unique personality that sets him apart from any other superhero (if he could even be considered as one), he’s become legendary among fans.

This super detailed Deadpool costume skin is the best of the best, simply due to how well it’s shaded and how crisp it looks. To grab it, go to RodoDuko’s profile. 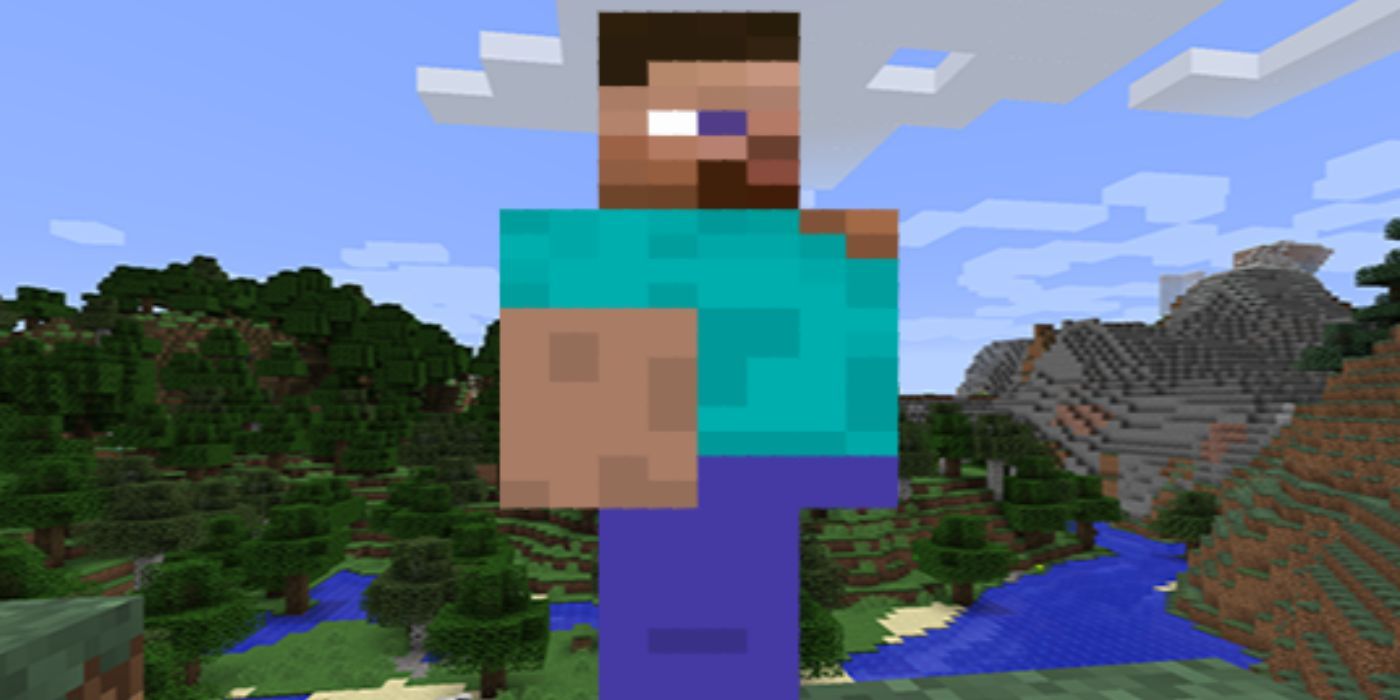 As of late, cursed Minecraft photos and mods have become a bit of a meme on social media. Photos of terrible Minecraft pictures that make absolutely no sense have gone viral, and make for some amusing memes. If you’re a big fan of cursed Minecraft, this skin is perfect for you.

The Cursed Steve skin looks like Steve, but there’s something horribly wrong with his body. It’s the type of skin that will make other players look at you twice and rub their eyes, perhaps even wonder if their game is having an issue. To give other players a small heart attack, get Cursed Steve from SoftKawaiiRose’s profile. 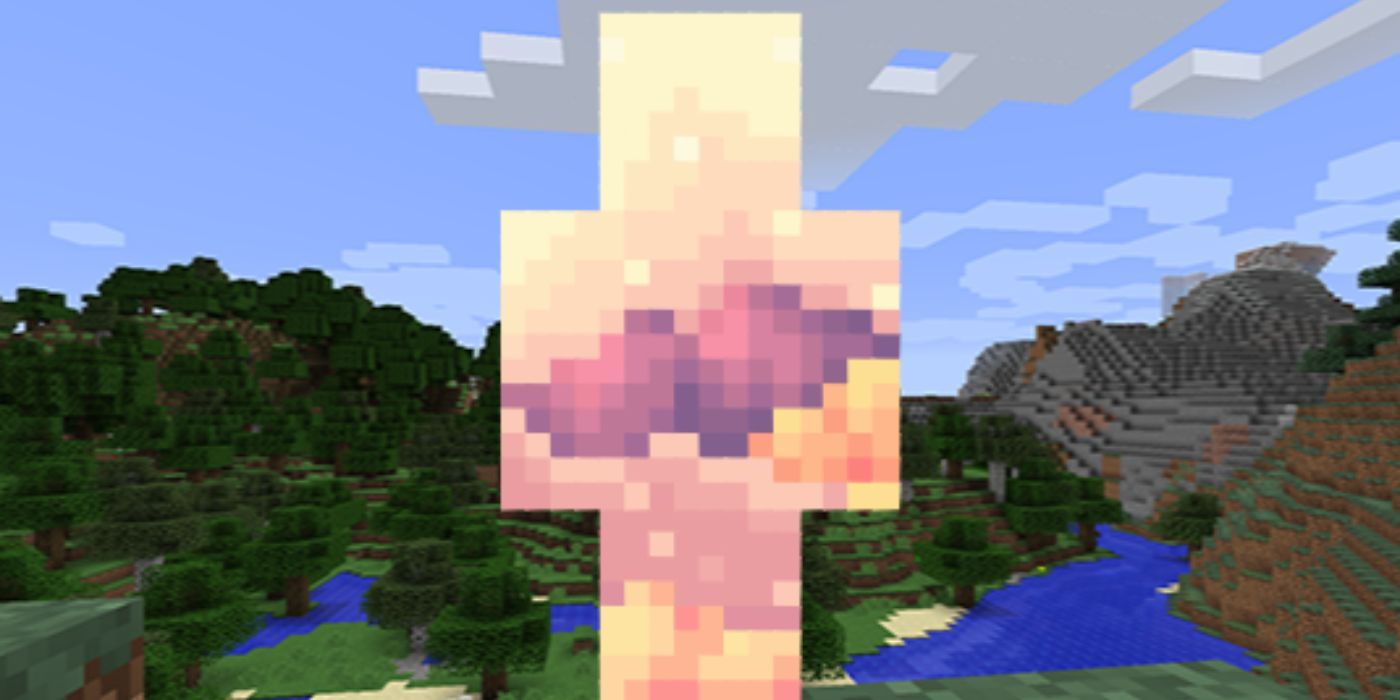 Previously, skins were always limited by the shape of the Minecraft character itself. Now, more and more creators are abandoning the traditional way of making skins. Skins don’t need to be characters, they can simply be blank canvases that can be filled by just about whatever.

Pixel art paintings in particular are a nice, aesthetically pleasing way to showcase pretty colors or even elaborate landscapes on your profile. Mochhi’s spring contest announcement post included a gorgeous cloud pixel art painting which makes for a surprising and cool skin. 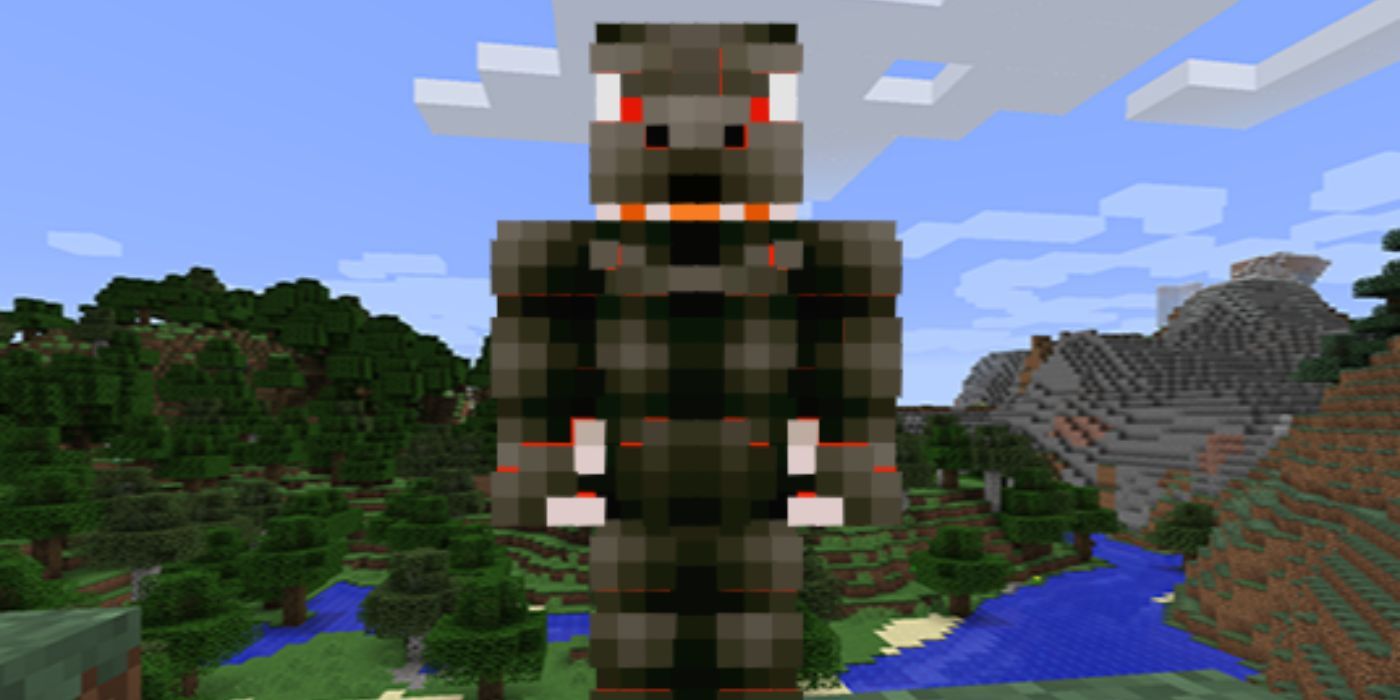 With the Godzilla vs Kong movie, fans of the two monsters might be more abundant even in Minecraft. Luckily, if you side with Godzilla, there’s a perfectly terrifying skin for you that looks exactly like the giant Japanese lizard known for its destruction.

MagmaMonster’s Magma Godzilla is a slightly altered version of the original design, with a more fiery and monstrous appearance. The best part is definitely all the shading and additional details that make up the claws on hands and feet. 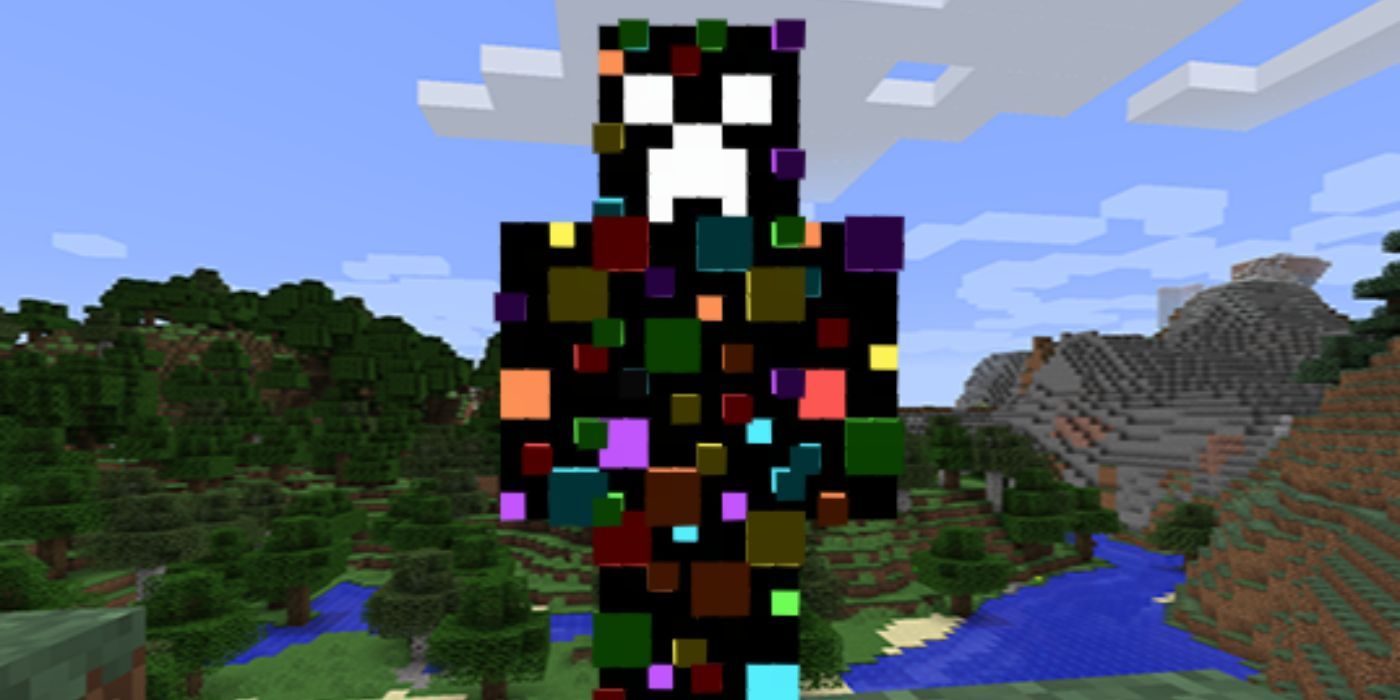 Creeper skins are a classic choice for many Minecraft fans. After all, Creepers are the iconic hostile mobs of the game, known for their silent yet explosive nature that has caught numerous players off-guard at the most inconvenient moments.

However, rather than going for a typical green Creeper skin or even a recolor of the classic Creeper, why not go for something crazy like the Glitch Creeper? The additional blobs of color that give this skin a more three-dimensional appearance make this a genius of a skin. To get it, download it from GuineaPig371’s profile.

NEXT: 10 Things You Didn’t Know About The Making Of Minecraft 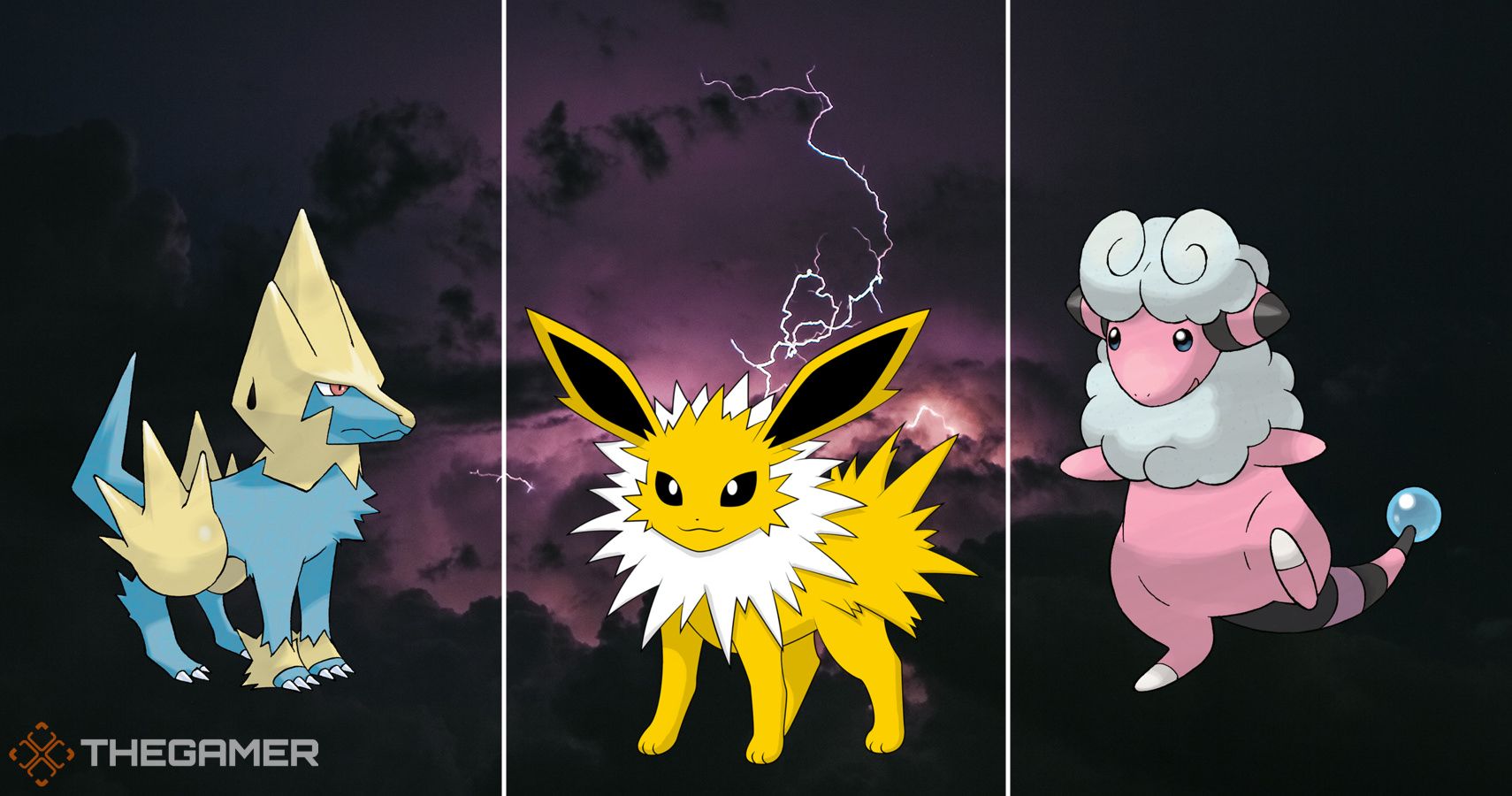