Back in 2011 when Minecraft was first released, there were only a few different biome types. Now, over ten years later, Minecraft has dozens of biomes in the Overworld, with a variety of unique mobs and blocks. With all these biomes though, it can be hard to keep track of the dangerous ones. 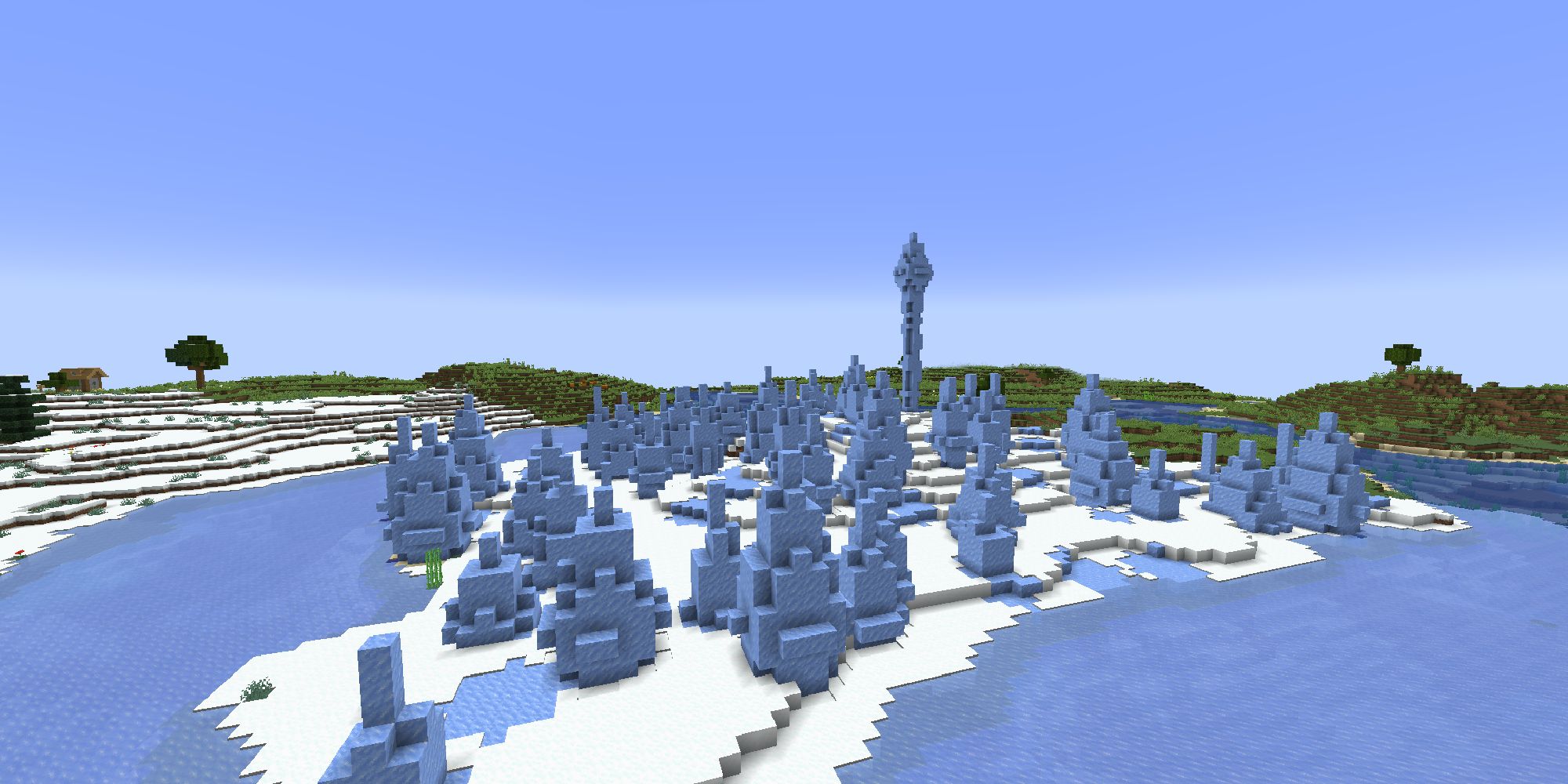 First up, we have the Ice Plains Spikes biome, simply called Ice Spikes. As the tenth entry on our list, this biome isn’t too dangerous, but it can be a bit deadly if you aren’t prepared. Due to the blue and white color with no discernable landmarks, it’s very easy to get lost here, especially if the biome is large.

With spikes all around, there are also plenty of nooks and crannies that mobs can hide in. If you don’t have any nearby light, you can quickly become overwhelmed with zombies and creepers. 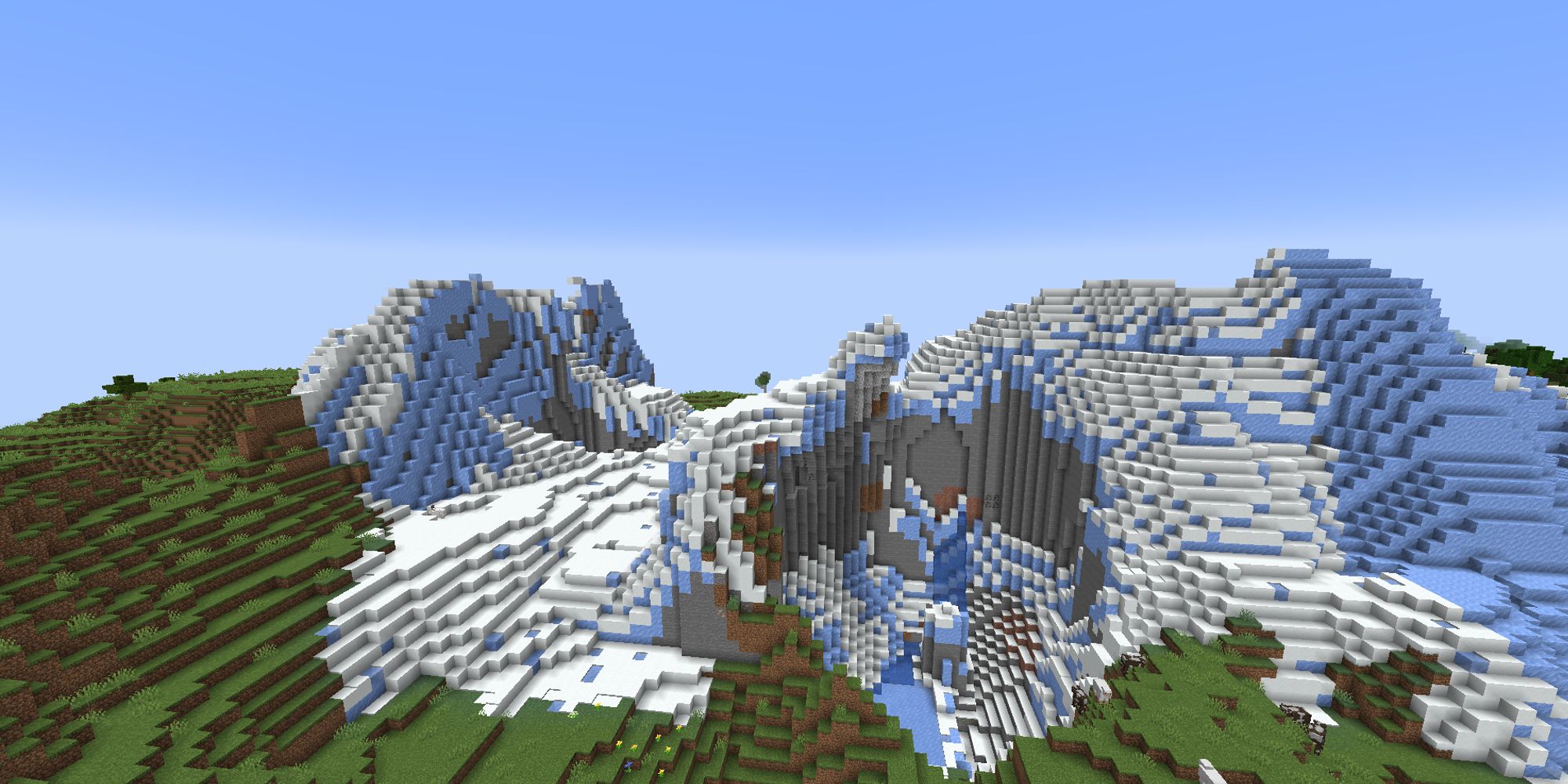 The Snowy Slopes is a fairly new biome, introduced in the 1.17 Caves and Cliffs update. This biome is filled with steep edges, which means you can easily fall and plummet to your death.

In this biome, you can also find powdered snow. This seemingly innocent block looks fine from a distance, but if you don’t watch where you step, you can step into a hole of the powdered snow and freeze. This effect will make your screen appear icy, while slowly draining your health. 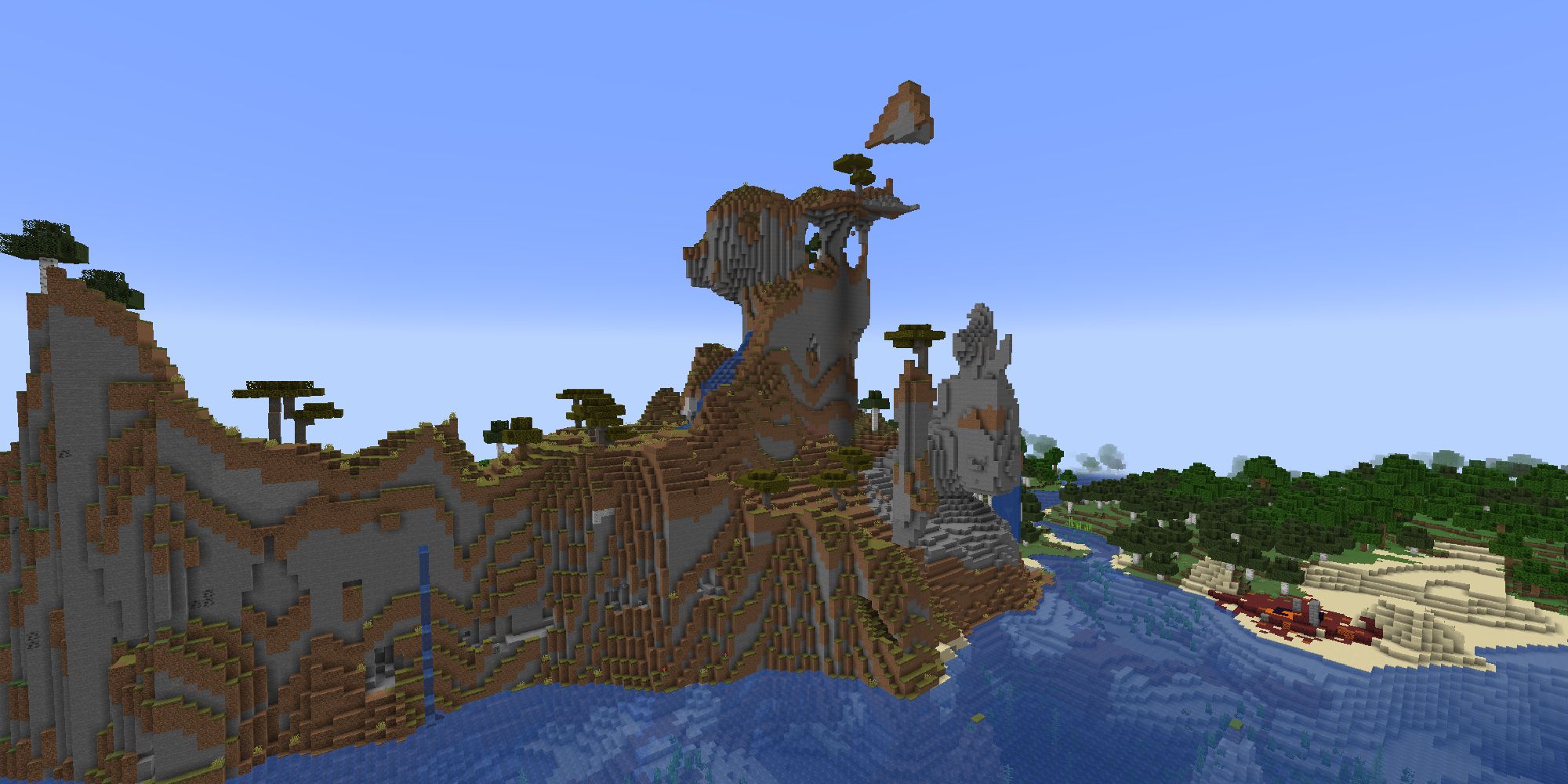 Windswept Savannas are a variation of the classic Savanna biome. Here, you can find extremely steep land masses, as well as floating islands. This biome is a major fall risk, especially if you are exploring without armor. You’ll also find a mix of waterfalls and lava falls that can stretch quite tall.

In this biome, there are also several dark areas due to the tall structures. These dark areas are ideal spawn locations for mobs; if you don’t want where you are going, you may enter into a natural mob farm! 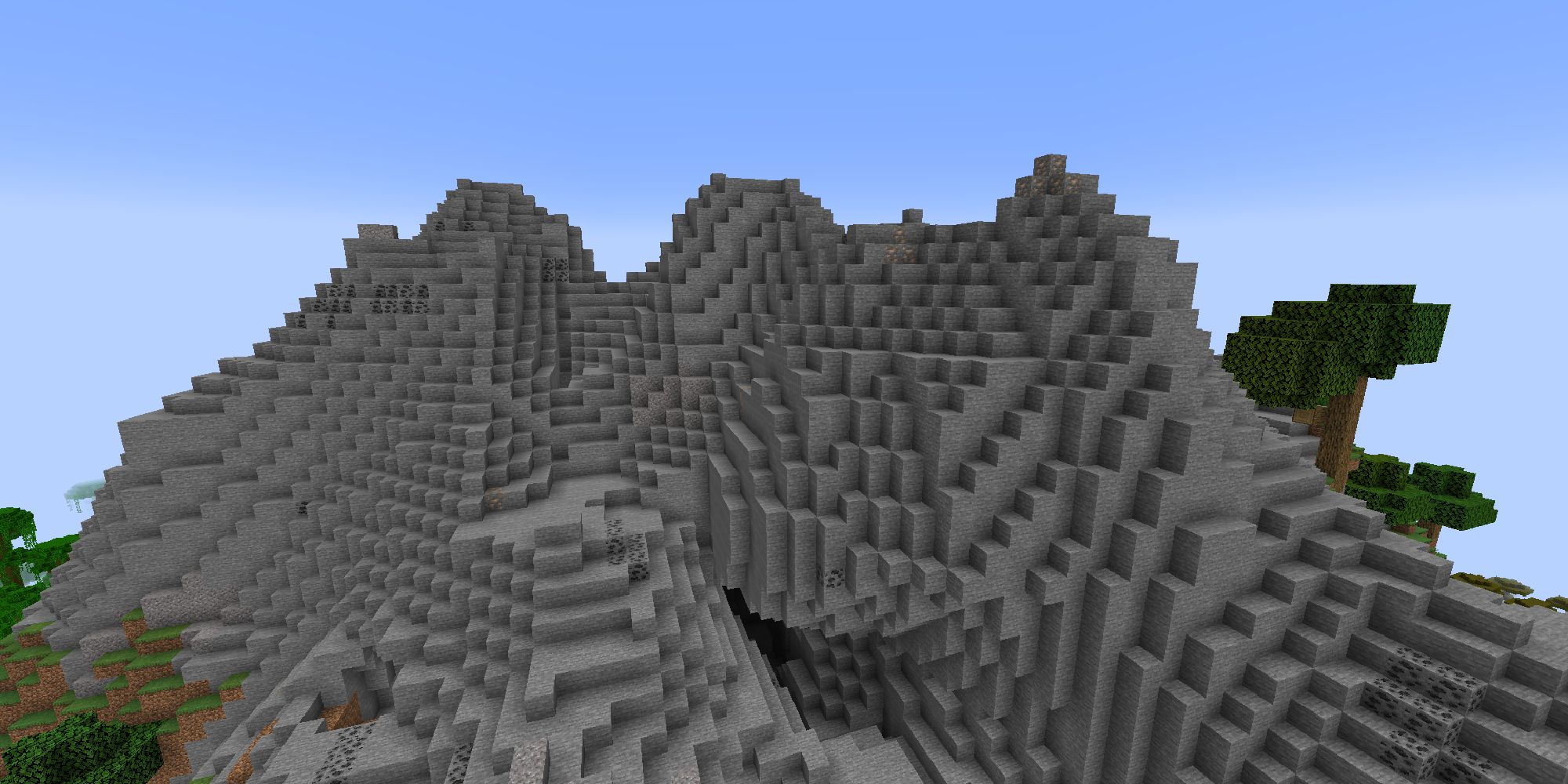 This biome is exactly what it sounds like; there are extremely large peaks made of stone. The Stoney Peaks biome is pretty similar to the Windswept Savanna, but the overall landscape isn’t as crazy. Instead, you will find steep mountains and cliffs that are hard to traverse.

Stony Peaks can stretch high into the sky, but you will also be able to find treacherous holes leading deep underground. Due to the steep terrain, this biome has earned a place on our list. If you are sprinting along and not looking to the ground, you can easily fall into a hole and die. 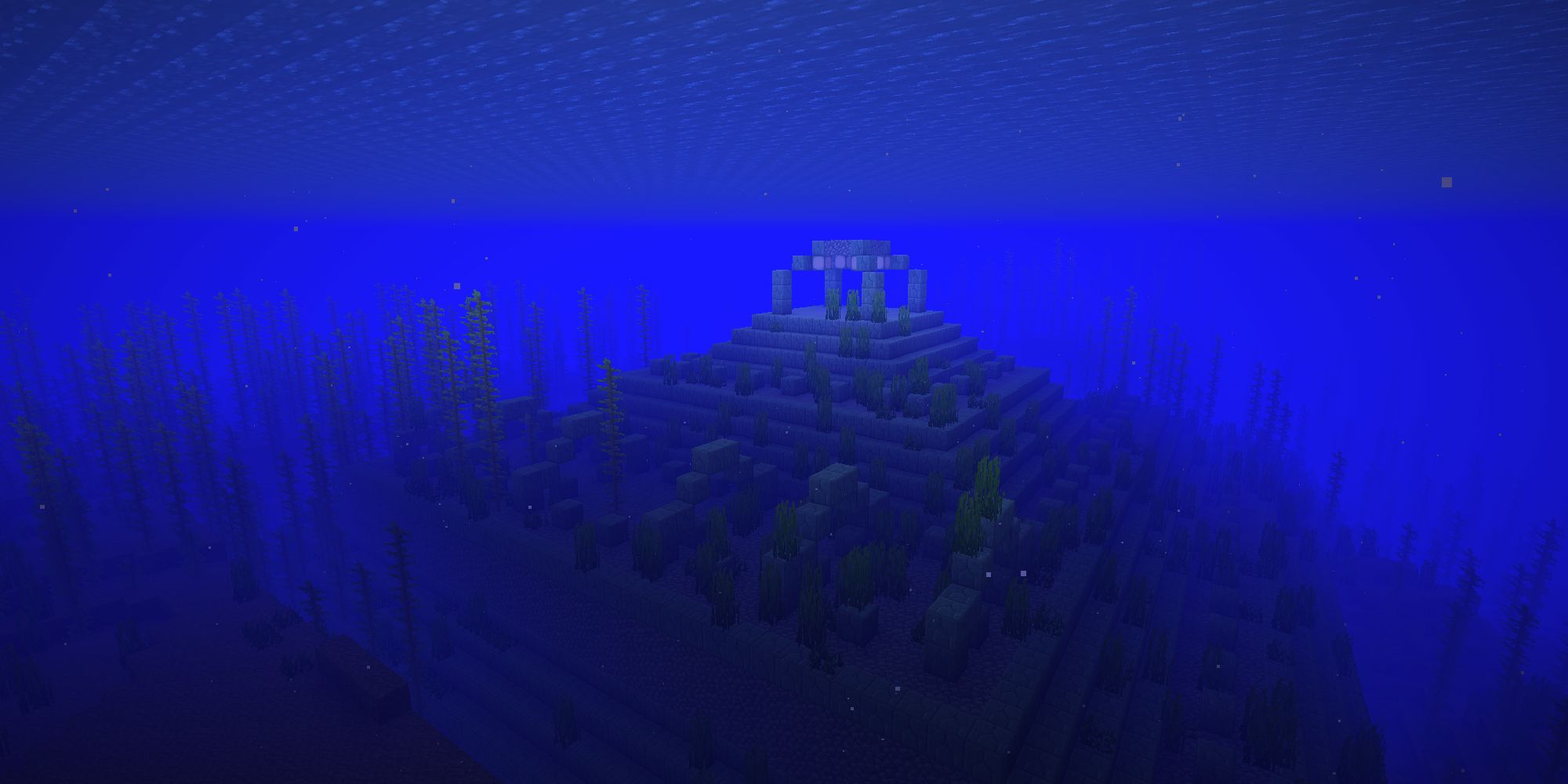 The Ocean biome makes our list due to the Ocean Monument. This is a large underwater structure that can be found in the following Ocean variations.

Inside an Ocean Monument, you will find Guardians; these are dangerous mobs that can deal hefty amounts of damage. While defeating Guardians, you will also have to watch your oxygen level. Elder Guardians are a more dangerous version of this mob, capable of inflicting Mining Fatigue, which causes you to mine and attack slower. 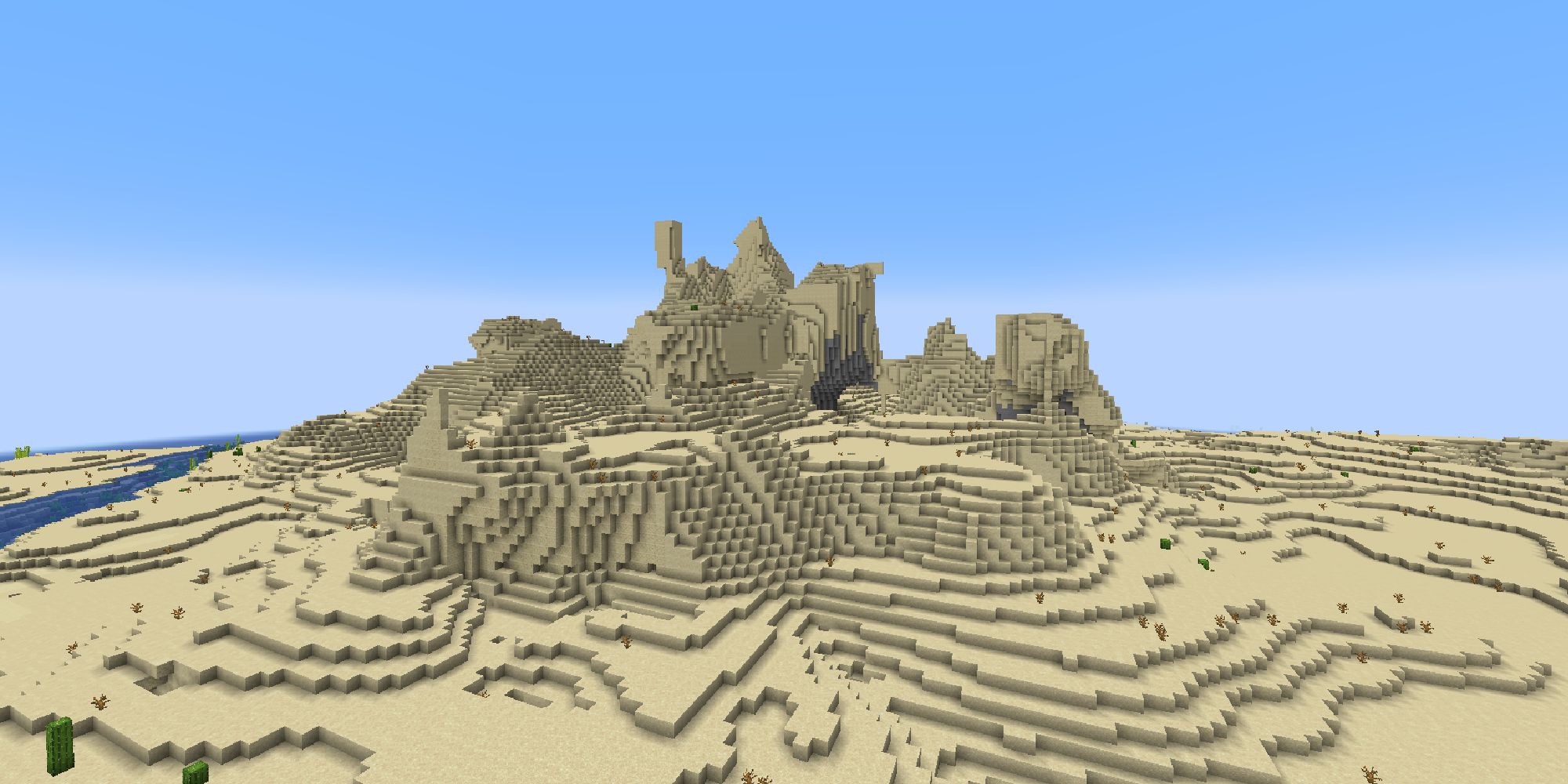 The Desert biome is dangerous due to the lack of material. If you start in a Desert, it is very hard to find basic necessities, such as wood and food. There are no trees in the Desert, but you may stumble across some sticks. Unfortunately, you can’t do much with sticks if you don’t have a crafting table or access to cobblestone.

At night, the Desert becomes a giant mob farm. With little to no obstacles on the ground, mobs can easily walk up to you if you aren’t paying attention. 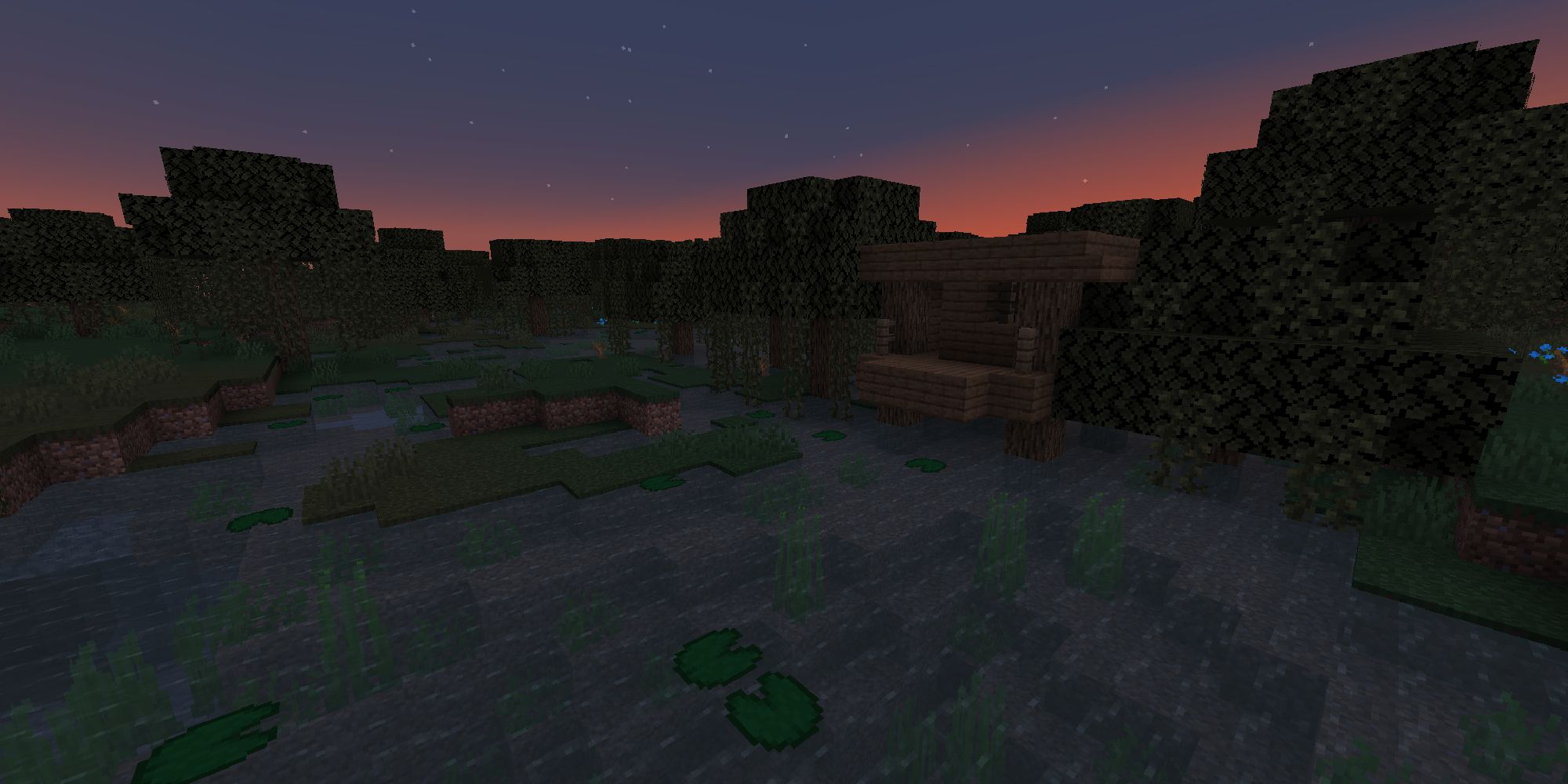 Swamp biomes are home to Witch Huts. These are structures that hold the Witch. This mob is quite scary, and is capable of used splash potions on both you and itself. Yes, this means that the Witch can use Regeneration potions to restore health.

Aside from Witches, the terrain is surprisingly difficult to navigate. Due to the water and dirt, it’s pretty impossible to get a good sprint going in a Swamp. You will constantly be interrupted, which is definitely not great if you are being targeted by a mob. 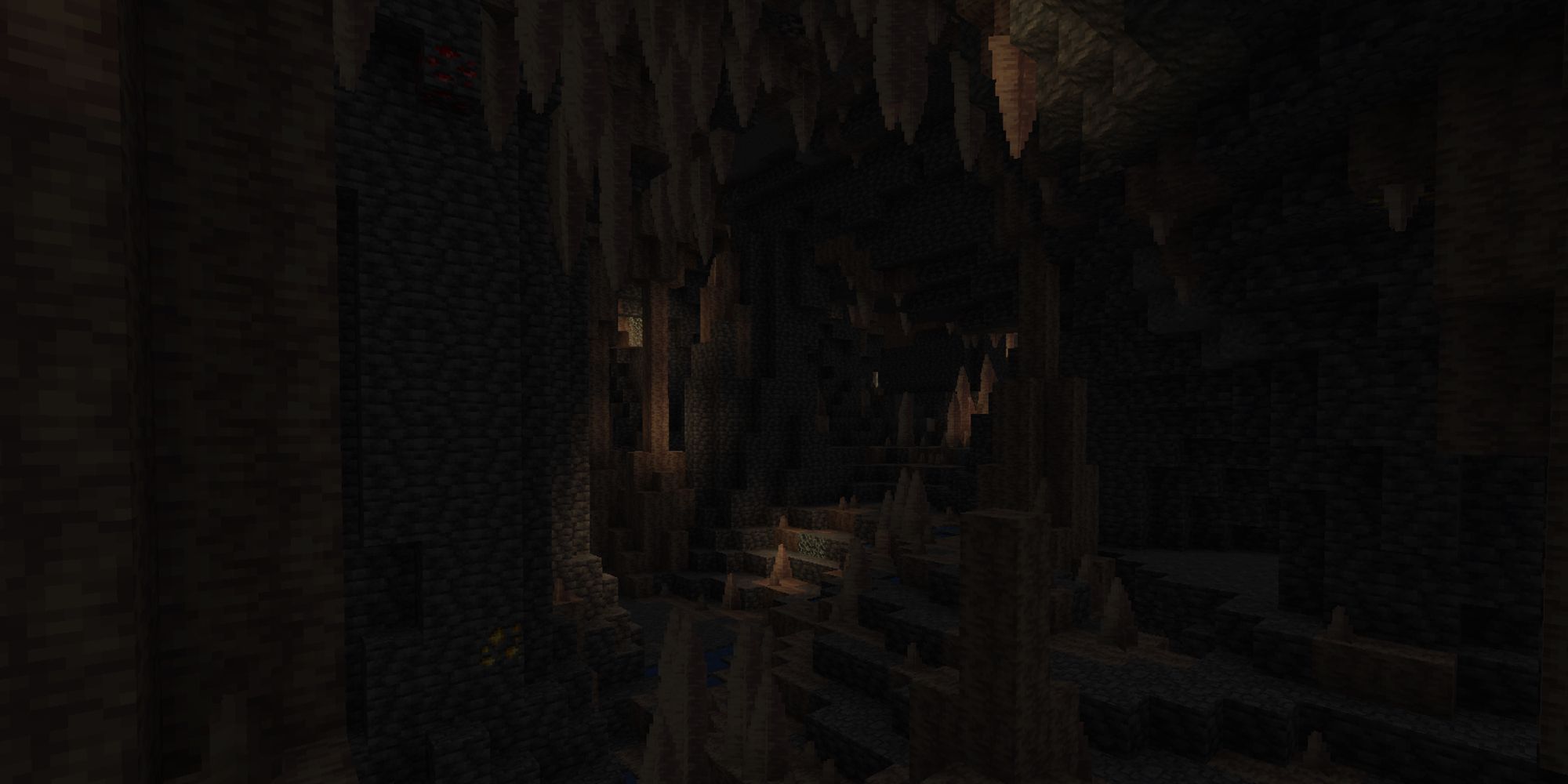 Dripstone Caves are another new biome added in 1.17. These are massive underground caves filled with dangerous dripstone spikes that can impale you if you fall on them. Additionally, large areas of dripstone stalagmites can be difficult to navigate in.

The large caverns in the Dripstone Caves biome are great if you are looking to mine resources, but they are full of mobs. When you first enter a cavern, it will probably be pitch black, meaning that mobs will be lurking in the shadows. Watch your step, and be sure to place as many torches as possible. 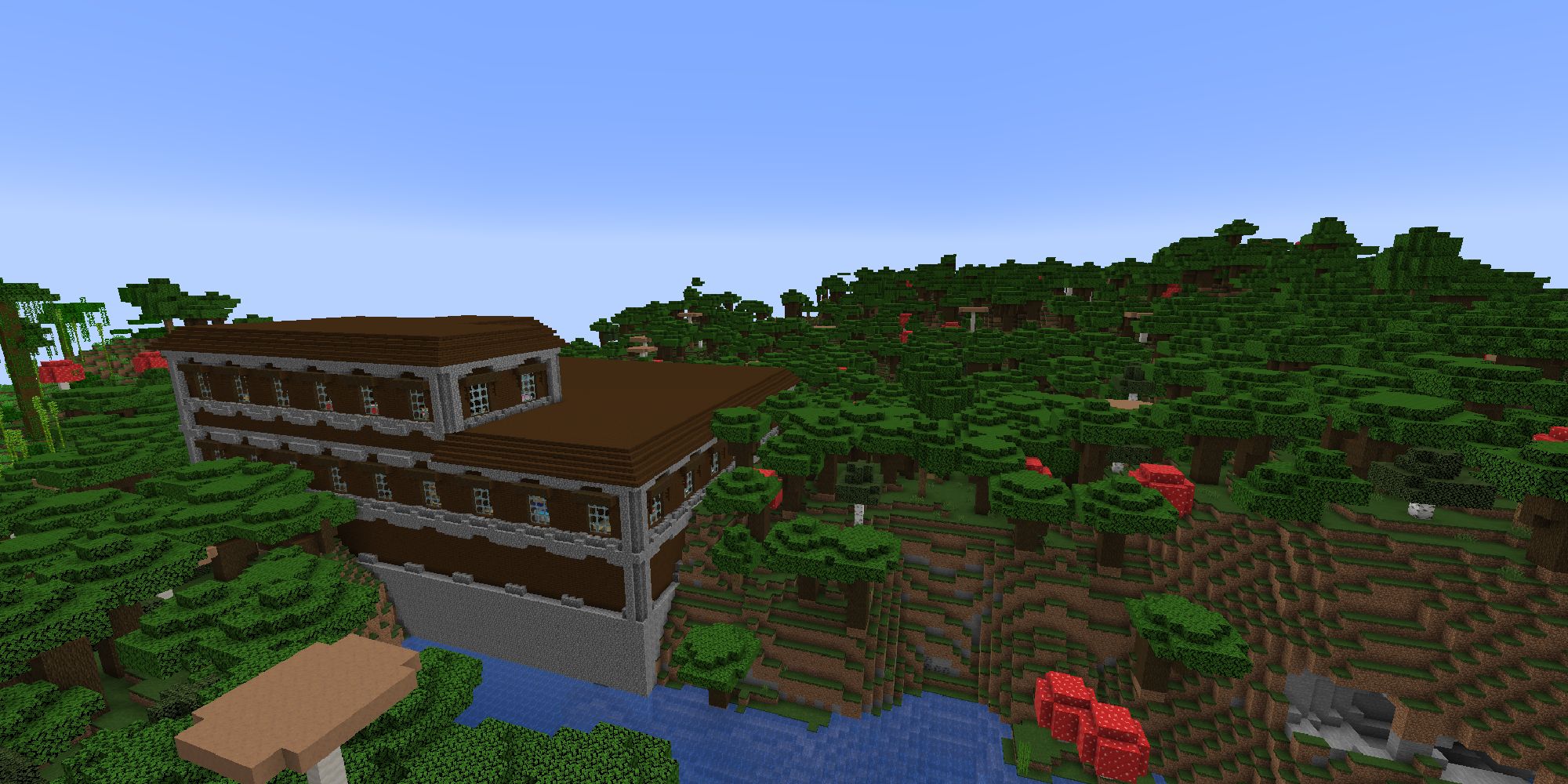 Dark Forests are home to some unique blocks, such as Dark Oak and Mushrooms. The trees in this biome are extra-thick, with large canopies that block light. Additionally, the trees are pretty tightly packed, making this biome a mob maze.

The Dark Forest biome is the only place that you can find a Woodland Mansion, which is one of the most dangerous structures in the game. These are giant mansions filled with illager mobs. There is not much lighting in these structures, which means that you can find other hostile mobs as well. 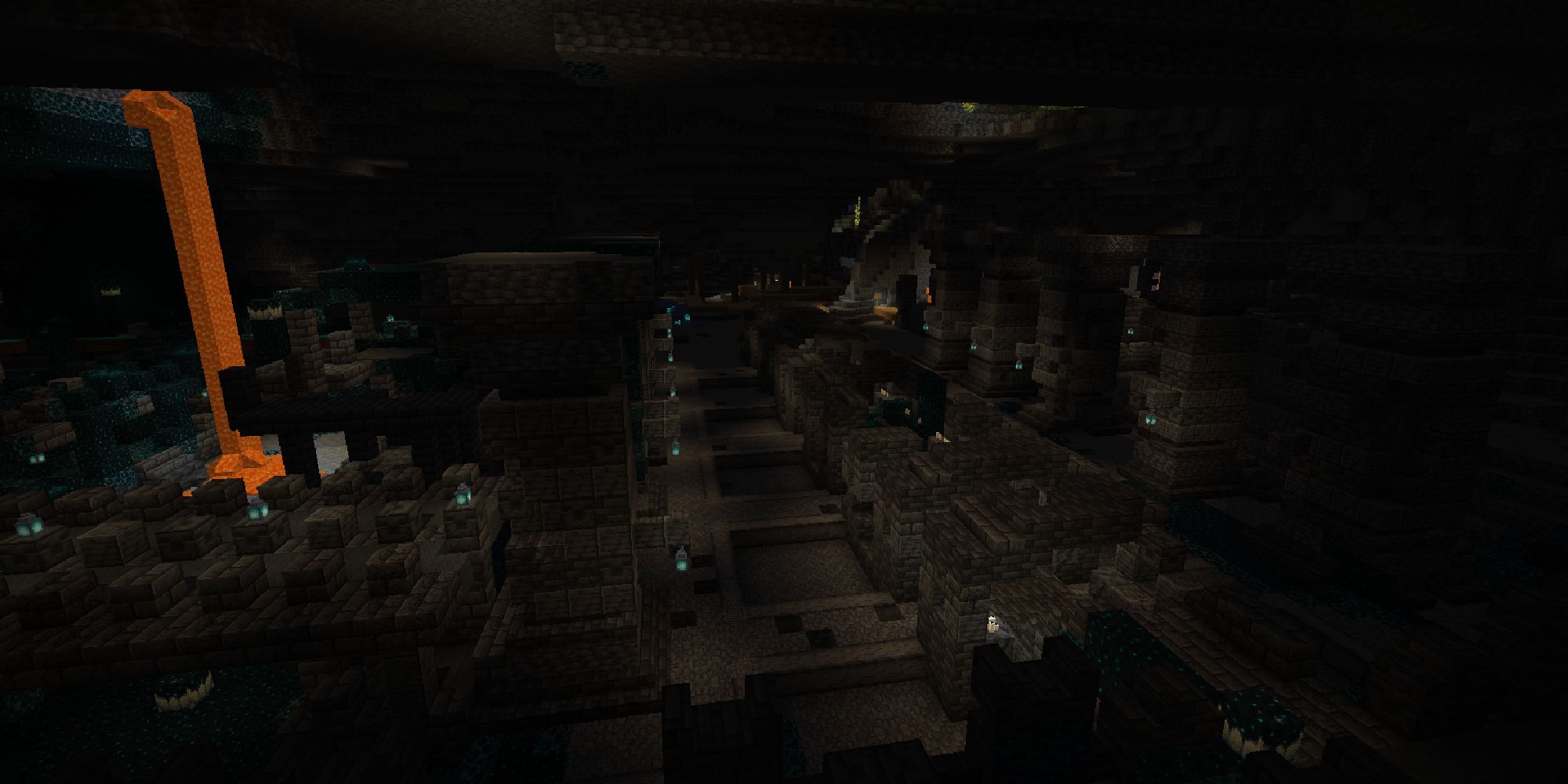 Lastly, we have the Deep Dark. This is the newest biome on our list, and definitely the most dangerous. In this biome, you will find Ancient Cities. These are structures found at Y= -52, filled with chests that contain rare items.

The Deep Dark earns the number one spot on our list because of the Warden. This mob has a whopping 500 HP and can instantly kill you. Unlike other mobs, you can’t hide from the Warden. This enemy is blind, so it relies on its hearing and sense of smell to find you. For a Warden to appear, you will need to activate Sculk Shriekers four times; these are blocks that shriek when you are nearby.

It's very easy to activate these sensors, which means it's easy for a Warden to appear and kill you.