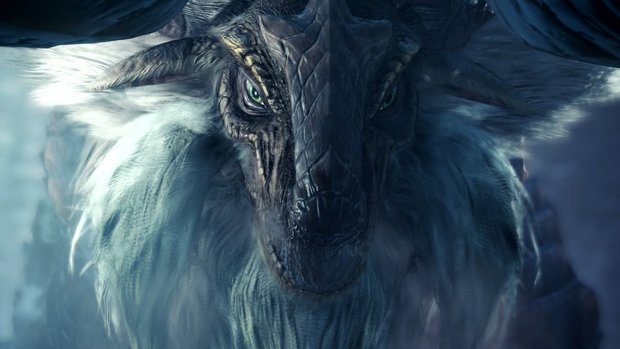 In a special “Spring Update” Stream early this morning, Capcom finally lifted the lid on Iceborne – an expansion for Monster Hunter World that had initially been announced in December 2018.

Not only do we now have a release date of September 6th 2019 on consoles (with a PC release to follow), but Capcom announced plenty of exciting stuff contained in the expansion – certainly enough to get your Palico’s tail waving.

The development team explained that Iceborne has been worked on separately from the wealth of free content Monster Hunter World has received so far – and it sounds as if there’s plenty to get stuck into.

Check out the trailer below.

If the name of the expansion and the new area wasn’t clue enough, the area is blanketed in snow and is cold – requiring players to visit hot springs or drink hot drinks to maintain their combat effectiveness.

Of course, Monster Hunter is all about destroying eco-systems and with that in mind Iceborne is full of monsters to slay and turn into a snazzy hat or too.

There’s a new Elder Dragon known as Velkhana, the Beotodus which strikes from beneath the snow, and the horned Banbaro that charges through scenery to attack players.

There are gameplay tweaks too – the trusty slinger can now be fired without sheathing a weapon, while the Clutch Claw allows players to grapple directly onto monsters.

Those interested in Iceborne will need to invest in Monster Hunter World to play. Thankfully, it’s already an epic action-RPG you can play with friends.

In fact, it’s the best-selling Capcom title of all time having sold more than 12 million units.

Capcom is on quite the hot streak so far in 2019. While Iceborne is still to come, the publisher has released two of the year’s best titles already.

Devil May Cry 5 and the long-awaited Resident Evil 2 Remake have been huge successes commercially.