Monster Sanctuary is a game that revolves around builds. Where you spend your skill points can make or break a monster, and there's an abundance of tools such as Skill Resetters that let you experiment to your heart's content to find your perfect setups. Thus, there are many routes to success in combat.

One route to success is through the protection of your weaker monsters courtesy of a strong, defensive, bulky tank. These monsters aren't Shielders – or, rather, they aren't only Shielders – they use either the Taunt passive of the Protection skill to force enemies to target them instead of their compatriots. This makes them excellent for keeping your party alive, given the right build and support.

It's worth explaining here how the two Tanking methods work:

– Taunt is a passive ability that gives a monster a chance to take a hit in the place of another monster. You cannot rely on it exclusively, but the benefits will add up.

– Protect is a skill that grants the user a shield and ensures that they'll take a hit in place of another monster. This uses up your action but is more reliable than Taunt. 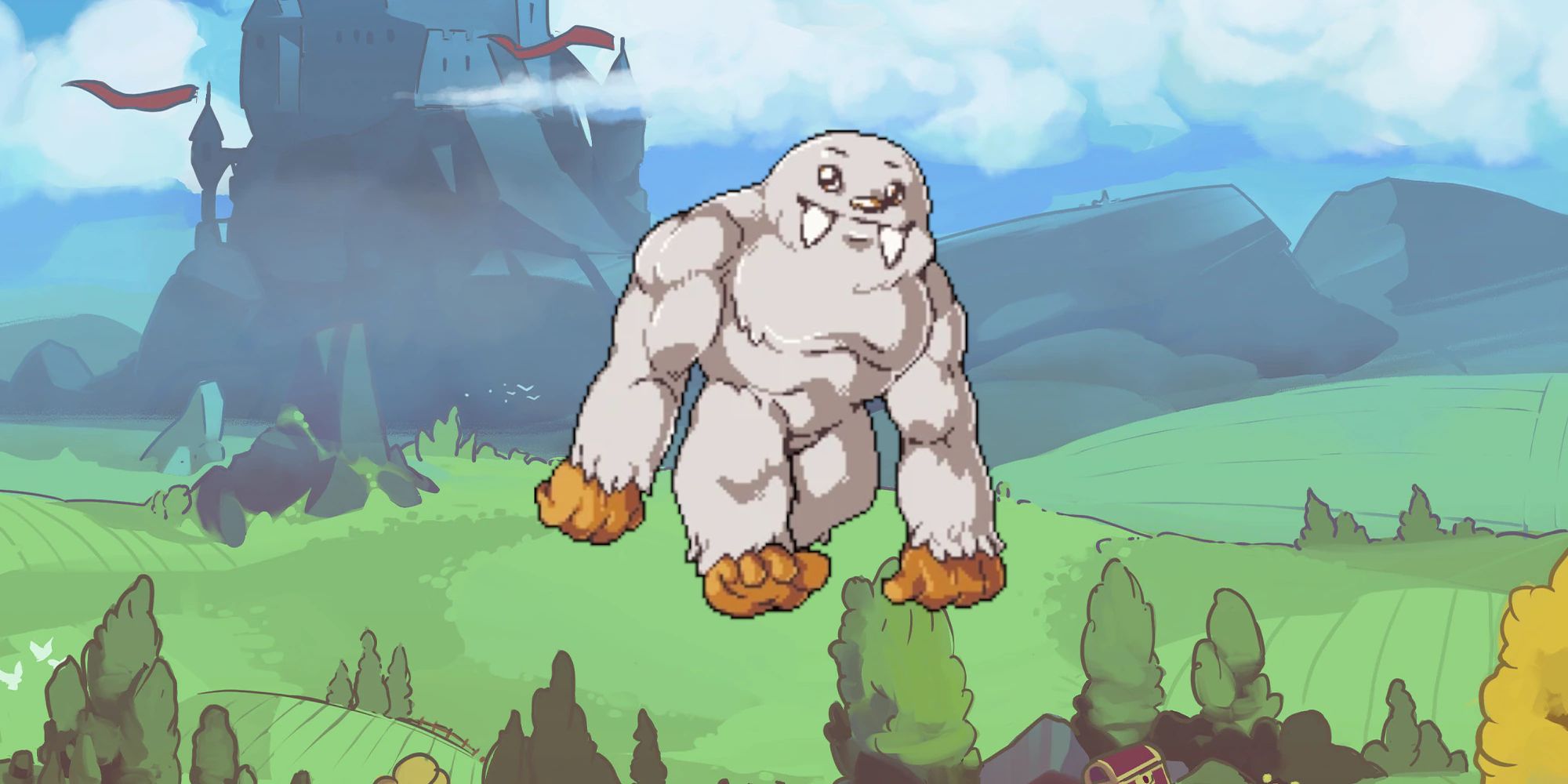 As an early-game monster with access to Taunt right from the outset, Yowie makes for a serviceable tank that you can take with you through the entire game. While it doesn't have the highest defense, it's a veritable sack of health, moreso if you Light Shift it.

Yowies also make for great support casters. They can give your entire party the Glory and Channel buffs, and Life Wave is a great healing move that bases its power on the user's max health – great for a bulky monster like Yowie. Add to that a Chill/Congeal/Fatal Upkeep kit and Yowie always has something to do. 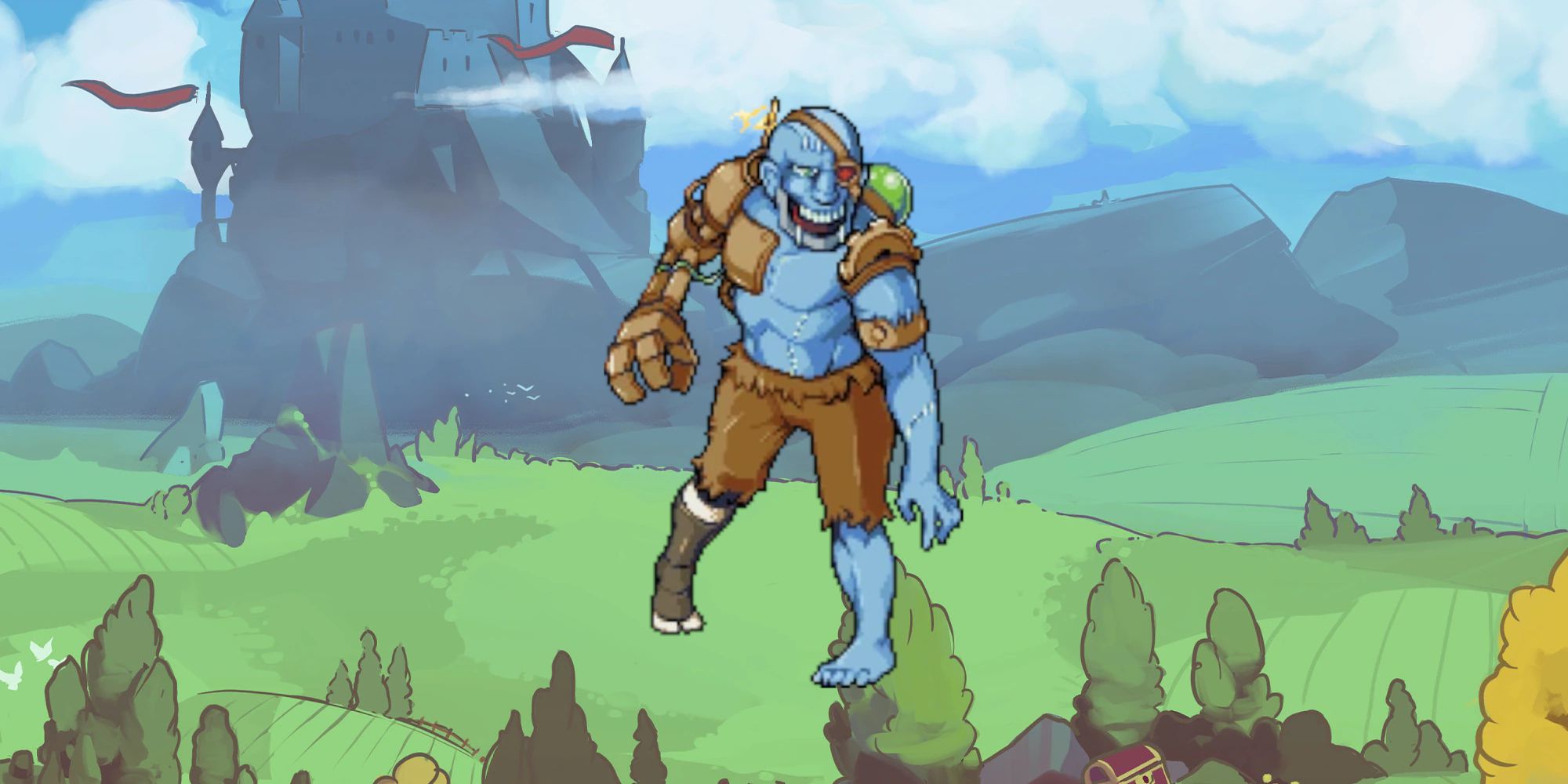 Promethean's kit is a masterclass in defensive techniques. Protect is what allows it to Tank, giving it a hefty shield with its above-average defense stat and letting it take hits with its high health. It can also provide shields for the entire party with Forge and shines well with magically aligned monsters thanks to Arcane Shield.

While it cannot inflict the status itself, Promethean shines on a Shock-centric team setup. It has the Multi Shock and Shock Charging auras, along with an attack that deals extra damage to Shocked enemies – you're missing out if you're using a Promethean to Tank without status support. 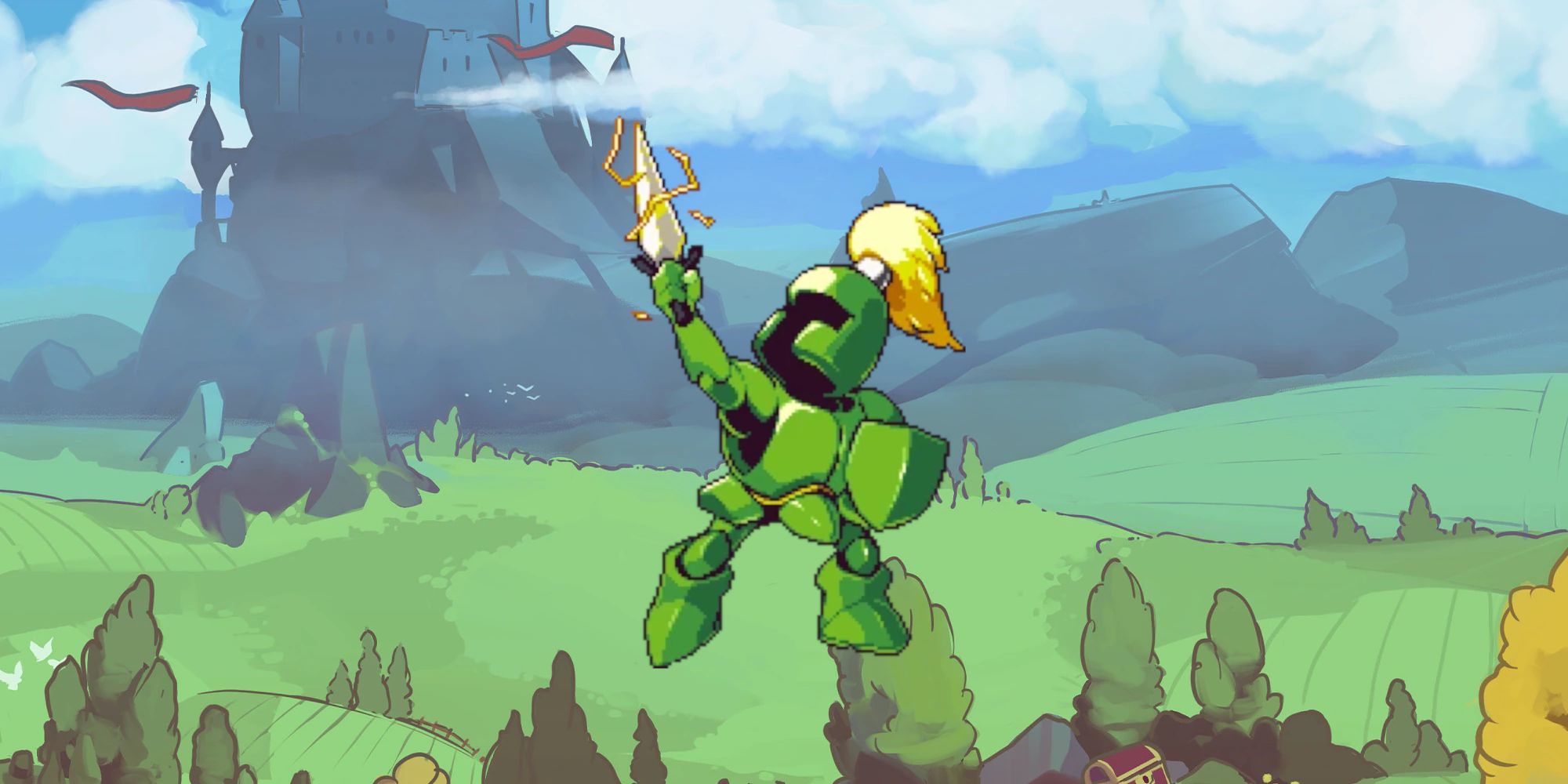 While Crackle Knight is ostensibly a physical attacker with access to powerful Bleed and Shock effects, it also has the incredibly useful Protect skill. This skill automatically turns a monster into a semi-decent Tank at worst, and Crackle Knight makes for a pretty great one thanks to its very high defense, especially when Light Shifted.

Crackle Knight also has access to Safecast, which will give your entire party Barrier, further reducing the damage they take, and Channel to boot. With auras and passives that boost the effects of Shock, Crackle Knight actually makes a decent partner for Promethean – they can take turns tanking and spread Shock around the enemy party with extreme efficiency, stacking up to five times. 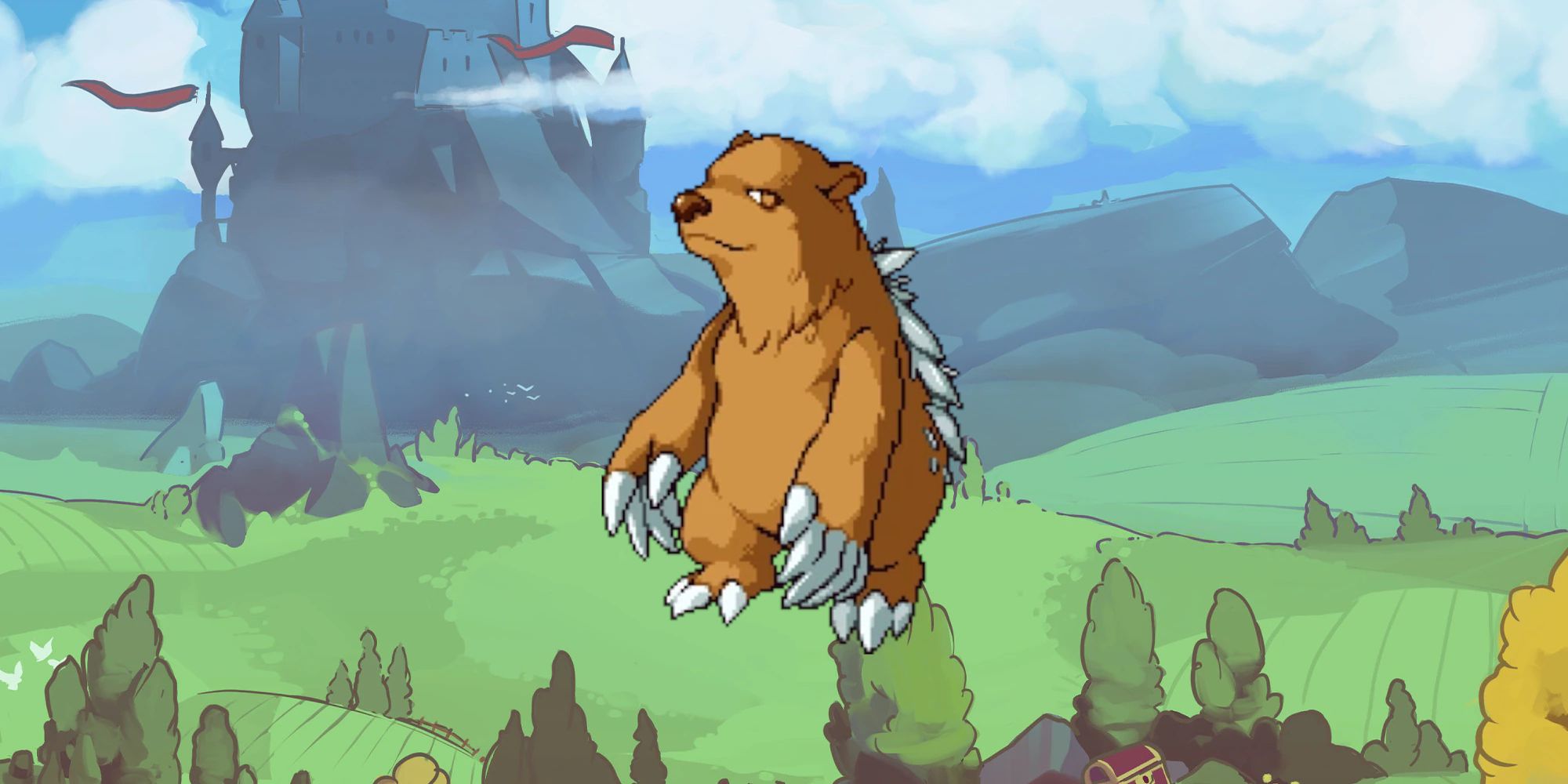 Molebear doesn't seem to be designed as a Tank – it only gets the Taunt skill at the third tier – but it is an incredibly bulky monster. This is thanks to its roster of skills that let it take hits with impunity and benefit from them, such as Revenge.

Recover will restore the Molebear's health every turn, and quite a significant amount at that, and Hibernate restores a ton of health and even bestows the Barrier buff whenever the Molebear spends a turn without attacking, which will be spent using Potions thanks to its great aura passives, Potion Mastery and Wonder Potion. 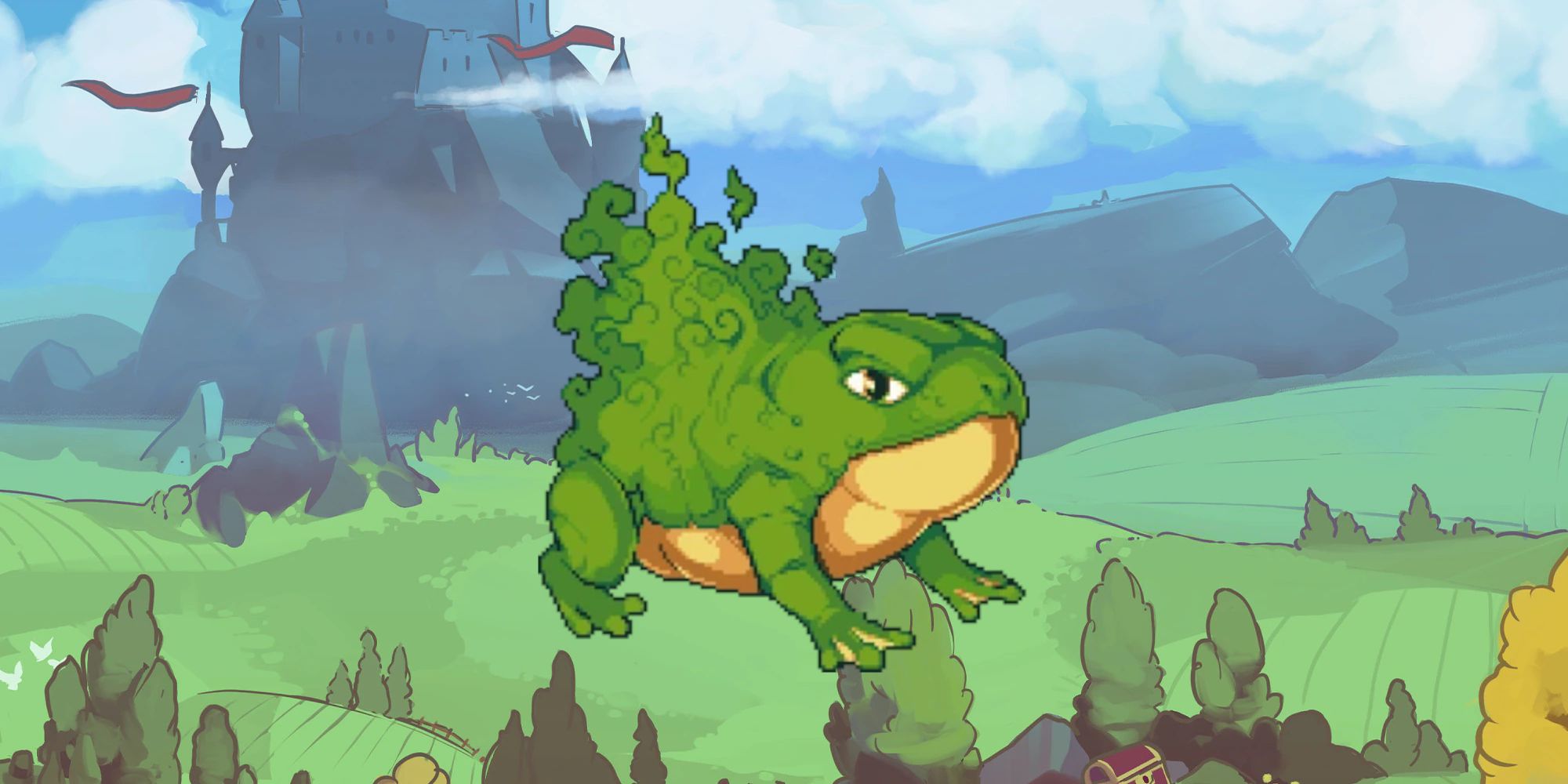 As one of the starter monsters, you can expect Spectral Toad to be pretty effective at what it sets out to do. With a skillset that includes Taunt and high defense and health, it makes a very decent Tank.

With Safecast, healing skills, and self-sustain through Poison Bite, Spectral Toad will always have something to do on any given turn. As far as passives go, Protector gives the whole party more survivability, it lets you sack Poison and Barrier, and it has both Poison Glands and Aging as a bonus. 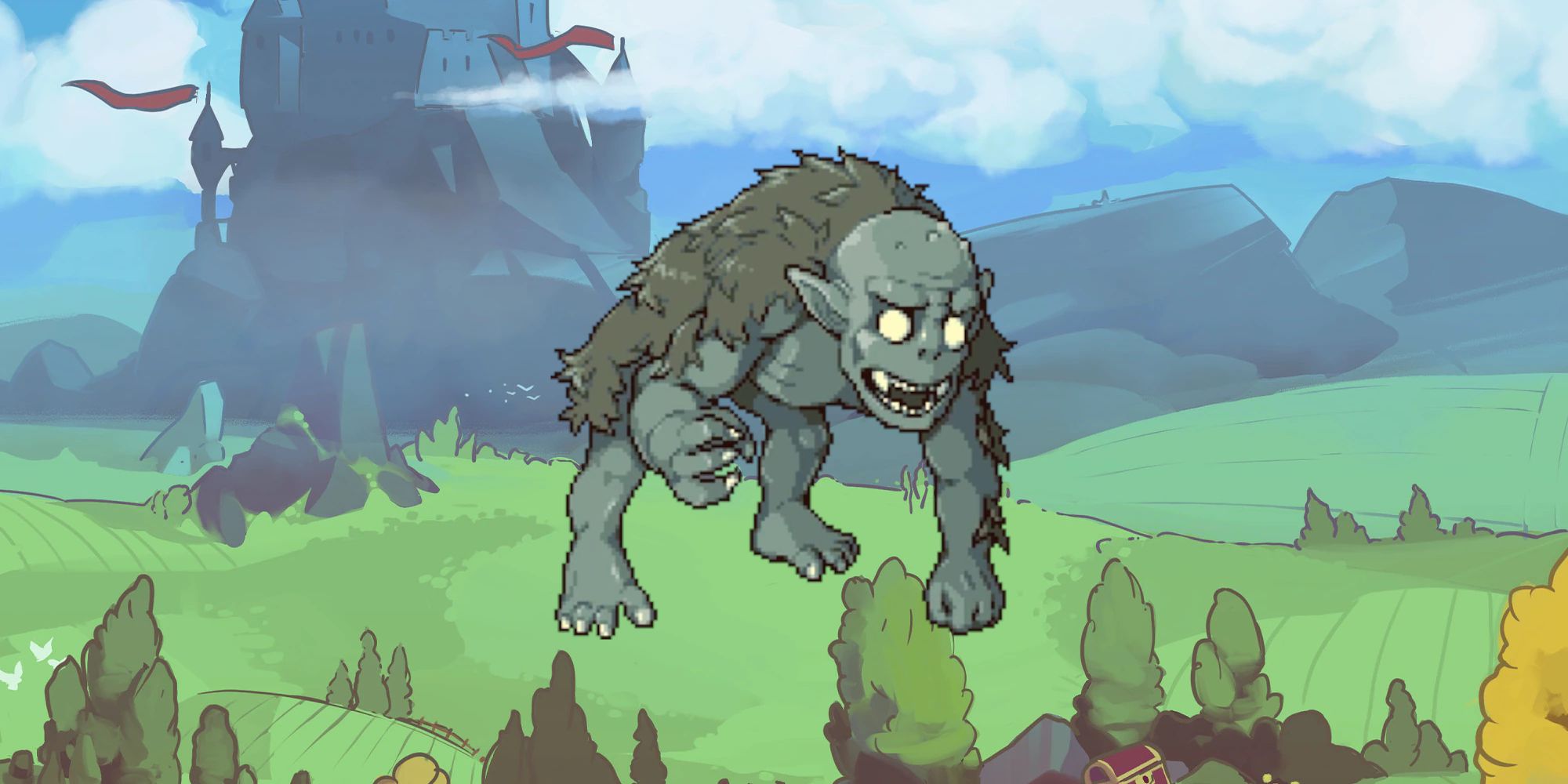 Troll is another Taunt Tank with access to Poison Glands, giving every monster who attacks it a chance to get Poisoned. It also has Hexed Touch, adding a chance to inflict any random status ailment on attackers.

These passives, plus Troll's affinity for Armor Break and the Hex passive, synergize really well with skills that get better with the number of debuffs the enemies have, such as Dominance, Death Blow, and Disease Control. 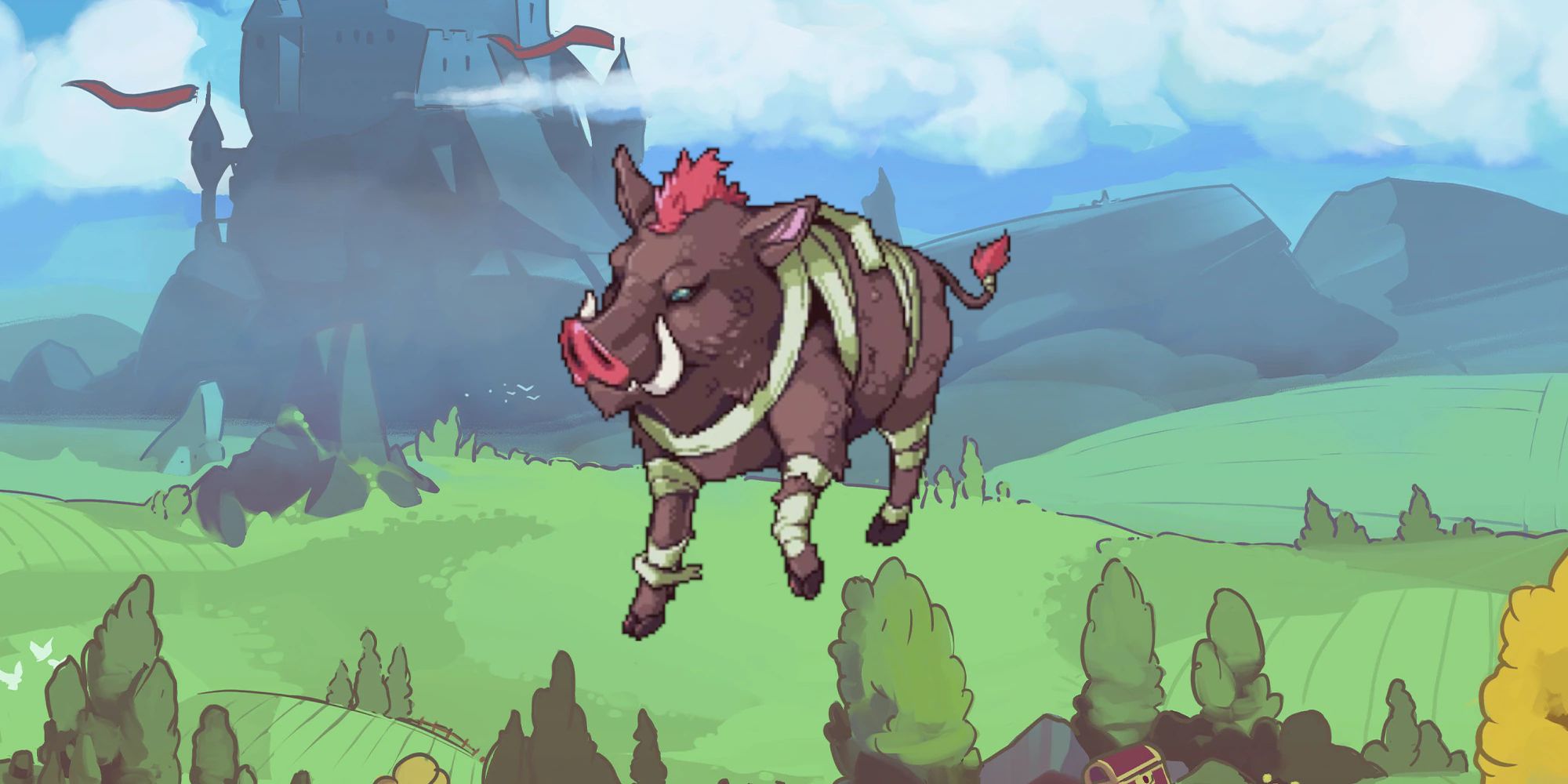 Moccus is a Taunt Tank with two Hexed Touch nodes. Whenever an enemy attacks Moccus, they will get rebuffed. It fits in well on a debuff-centric team thanks to Multi Weakness, Demotivate, and Buff Corruption, and can keep allies alive quite well with Life Wave and the very rare Dragonskin, which grants Spellshield and Barrier.

A notable skill pairing is Revive and Necromancy. The former lets you bring an ally back from the dead in the middle of battle without spending an item, and the latter improves that skill by making it recover more health and providing some Age stacks, at the expense of some debuffs. Provide some debuff-removing support, and you're onto a winner. 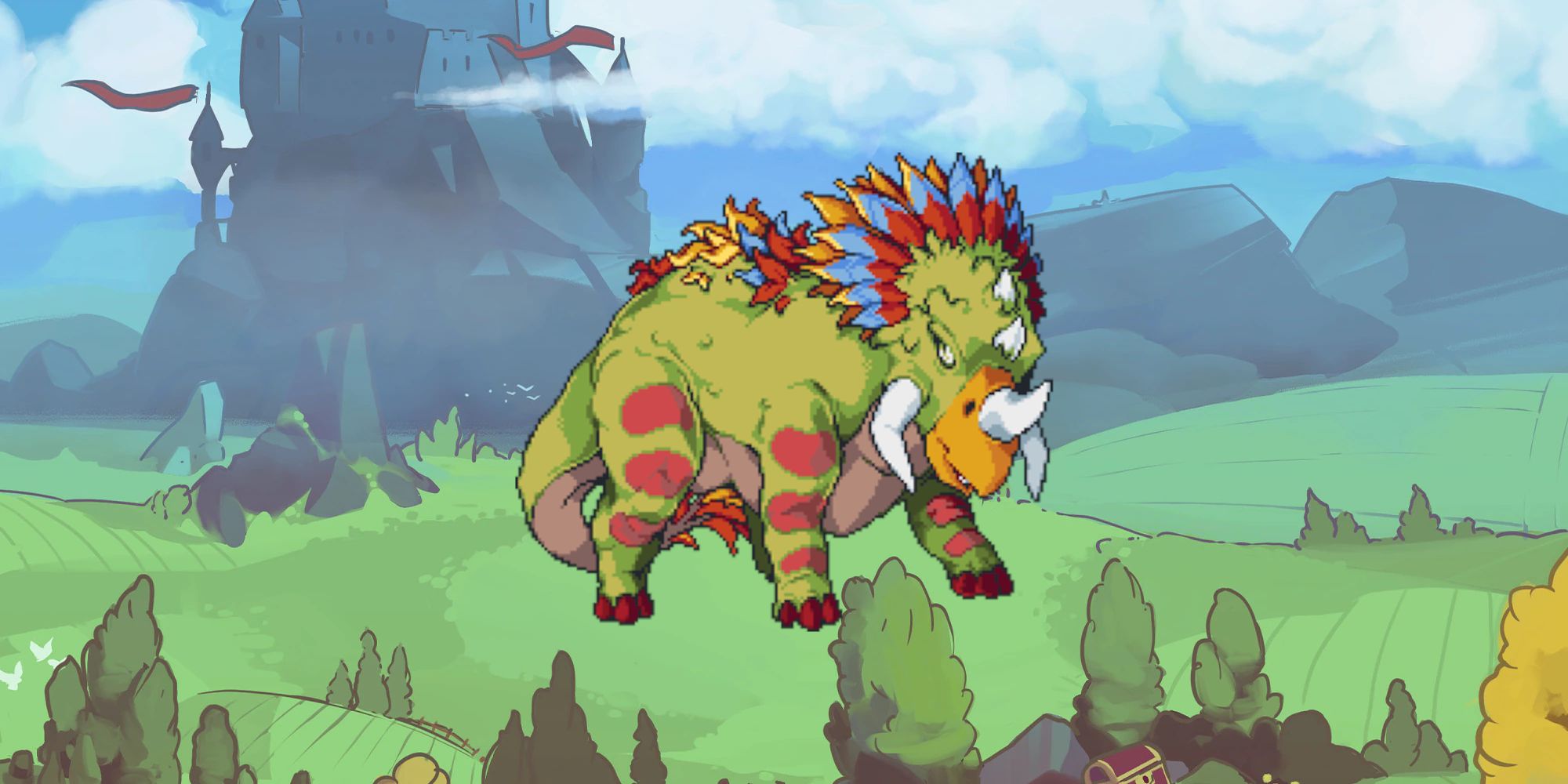 Found in the Forgotten World, the Rathops is a pretty fantastic monster. It has a full complement of attacking skills that benefit from critical hits and debuffing shield moves in Weakening Shield and Lava Shield, which are both excellent.

What turns Rathops into a fantastic Tank, however, is the Full Protect skill. This is only learned by three monsters in the entire game (and another one of them is on this list) and is an upgrade over Protect in that it lets the monster take the hit for both of its allies on any given turn. Give Rathops a ton of health-boosting equipment and you needn't worry about single-target damage again. 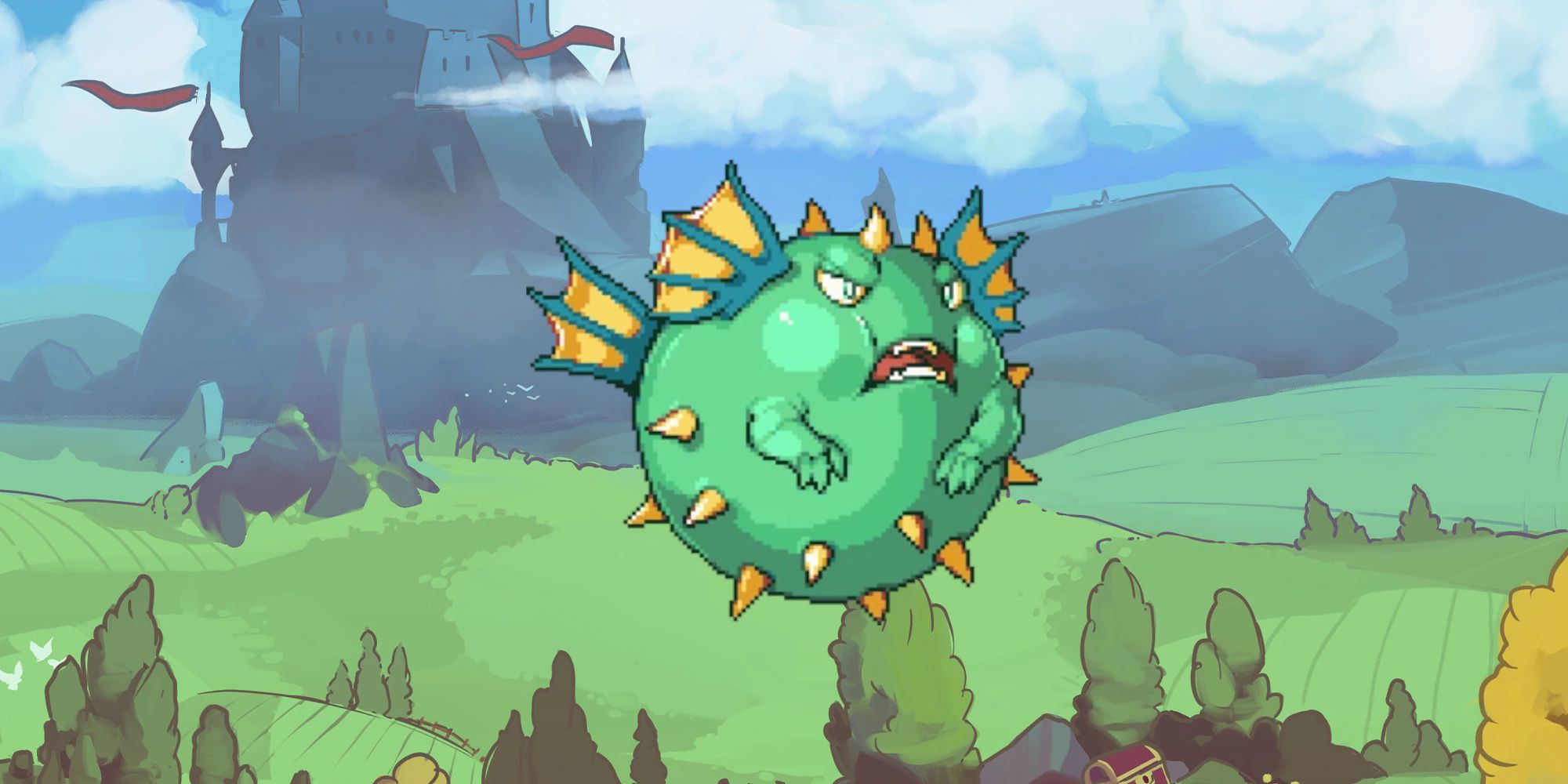 Thornish is a Tank that has both Protect and Taunt, and has some great utility attached to it. Obviously, there's the Protect skill, which is always handy when executed at the right time, but Thornish can also inflict the Poison status with impunity thanks to Multi Poison, and the status is improved by Poisoned Nerves.

Notably, Thornish gets two Poison Glands nodes, which give it a 100 percent chance to Poison any attacker. This, combined with two Toxin nodes, make Thornish the best Poison monster in the game, fitting in extremely well on a debuff-centric team. 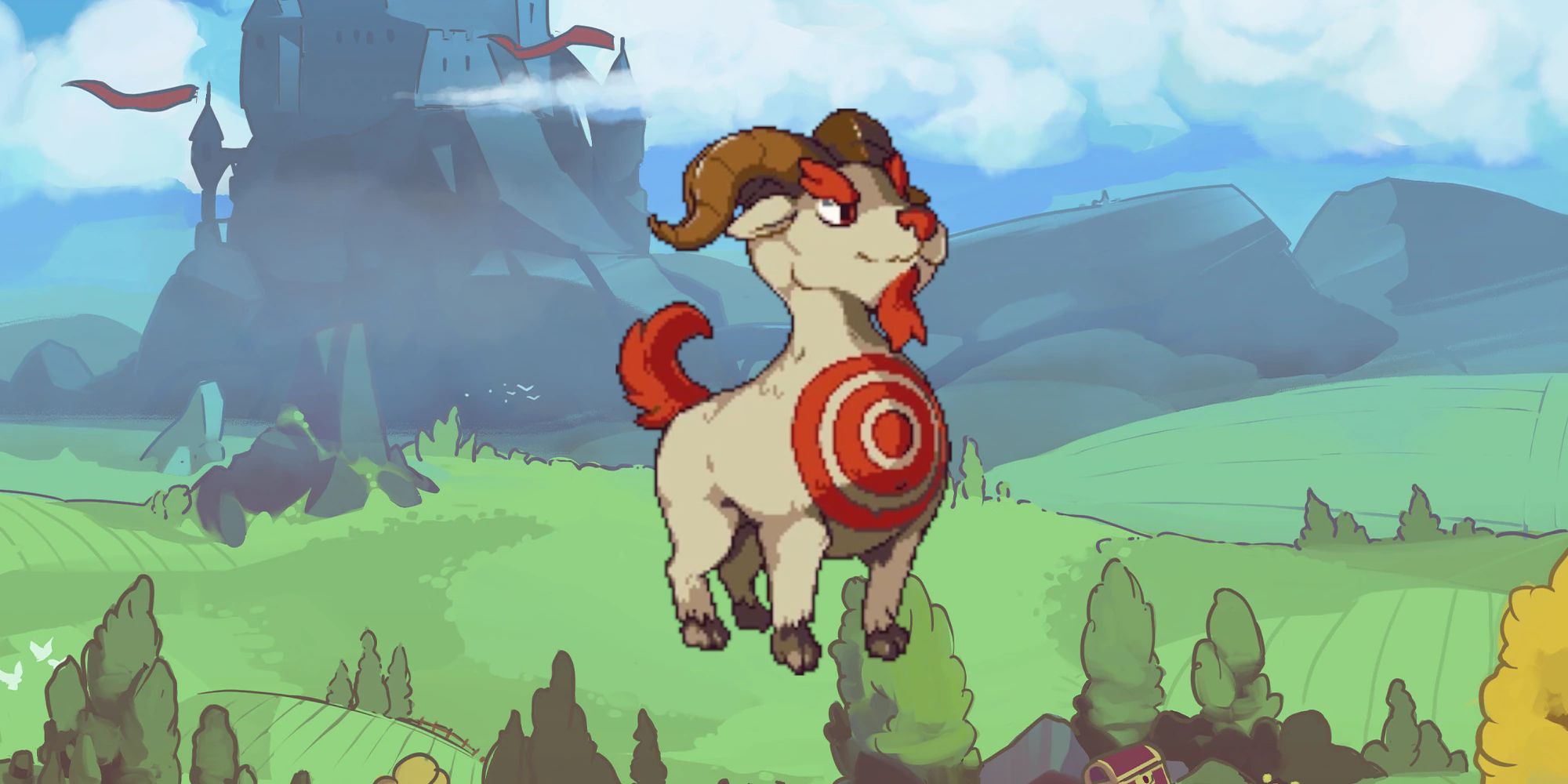 Tanking is Targoat's 'thing.' It has a target on its chest, after all. It's in the bloody name! With both Protect and Full Protect, augmented by Full Defense and the party-wide Shield, you never have an excuse for dropping shields with a Targoat around, just make sure you boost its defense with accessories.

Targoat also has Mass Protector, an aura that reduces the damage from party-wide attacks – something that Tanks often have a problem defending against. Add to this Multi Barrier, Shield Aura, and a ton more shield-synergy passives, and Targoat might just be the GOAT Tank.