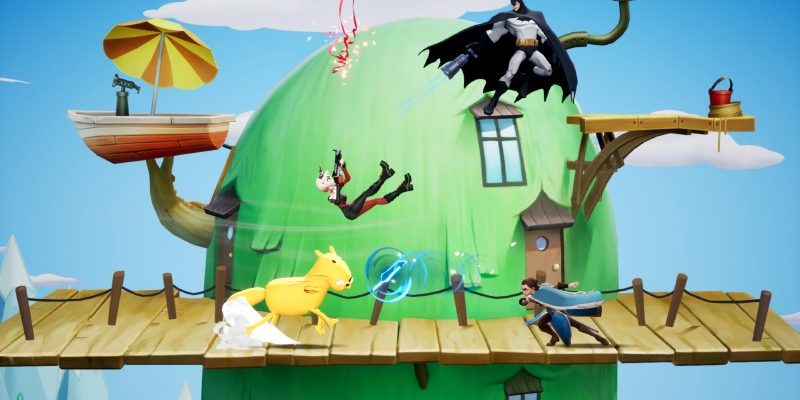 Perhaps one of the year’s worst-kept secrets, MultiVersus had been heavily rumored as of late, with apparent leaks appearing on social media and elsewhere. However, today’s announcement makes it official: you’ll finally be able to destroy Batman by throwing Jerry at him while playing as Tom (dreams really do come true).

“Featuring matches with a strong emphasis on online cooperative gameplay, every fighter will be outfitted with a deep set of combat mechanics that distinguish the game’s fresh take on 2 vs. 2 gameplay,” a press release about the announcement reads. “This allows combatants to boast customizable movesets that combine dynamically with other characters as they battle for supremacy. From Wonder Woman and her Lasso truth attack being unexpectedly paired with Shaggy and his sandwich projectile, to Arya Stark’s face-swapping ability being used to complement Superman’s laser vision, the impossible can become possible through surprising team combinations and matchups.”

In a very Smash Bros.-like way, players will fight on different themed stages based on characters within the game. You’ll be able to play in 1v1 clashes alongside the game’s standard 2v2 mode. Plus, there’s a four-player free-for-all mode packaged in as well.

One fascinating feature about MultiVersus is the voice cast, which features many of the original or best-known voice actors for these characters.

Here are the characters and voice actors behind them that Warner Bros. Games revealed today:

Are you excited about MultiVersus? Let us know in the comments below!