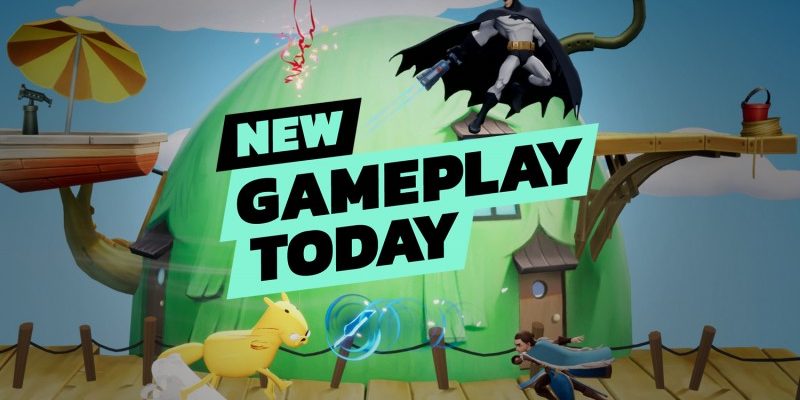 After DLC support for Super Smash Bros. Ultimate ended with the addition of Sora, many wondered what would be next for a subgenre that Nintendo was no longer pioneering in the near future. This year’s potential answer is MultiVersus, and we’re showing off some of the biggest characters and new stages in this episode of New Gameplay Today!

Join your hosts, Alex Stadnik and John Carson, as they detail everything they can about their time playing the closed-alpha of developer Player First Games’ promising new title. The free-to-play platform brawler features some of the world’s most iconic characters, including Bugs Bunny, Batman, and a version of Scooby-Doo’s Shaggy that apparently has been hanging out with Goku. The two GI editors are here to discuss how they feel after their first few hours with the game and which icons they enjoy playing with the most.

They also chat about their thoughts on how it compares to the aforementioned Super Smash Bros. and why they think some of the in-game choices can help differentiate it from the rest of the pack. Unlike similar titles, MultiVersus makes players focus on team compositions and various status effects in-game. Characters can add freezing, burning, and weakening effects to their opponents in their quest to gain the upper hand in closer-quarters-combat in ways that feel natural and add a new layer of challenge. Combining that with interesting stages and apparent attention to detail, MultiVersus has made an exciting first impression.

If all that sounds like something you’d enjoy, you’re in luck, as Game Informer has you covered. Be sure to read up on John’s written preview, watch our no commentary videos focused on a few familiar faces, and listen to this week’s episode of The GI Show for more on our impressions of our time with the closed-alpha!