Any sports fan will contend that they’re more knowledgeable than those running their favorite team. No matter how little understanding we have of player finances, we know we could build a better roster. Well, NBA 2K23 allows gamers to make a championship-winning team combined with the joy of collecting trading cards.

NBA 2K23’s MyTeam is about creating the best possible team through trading cards. Players are not restricted to the modern era — you could have the cover athlete Devin Booker playing with His Airness, Michael Jordan. MyTeam is a unique alternative to Franchise mode in building a winning team, and also has the option to play online. We’ll break down some tips to help beginners make their way through NBA 2K23’s MyTeam. 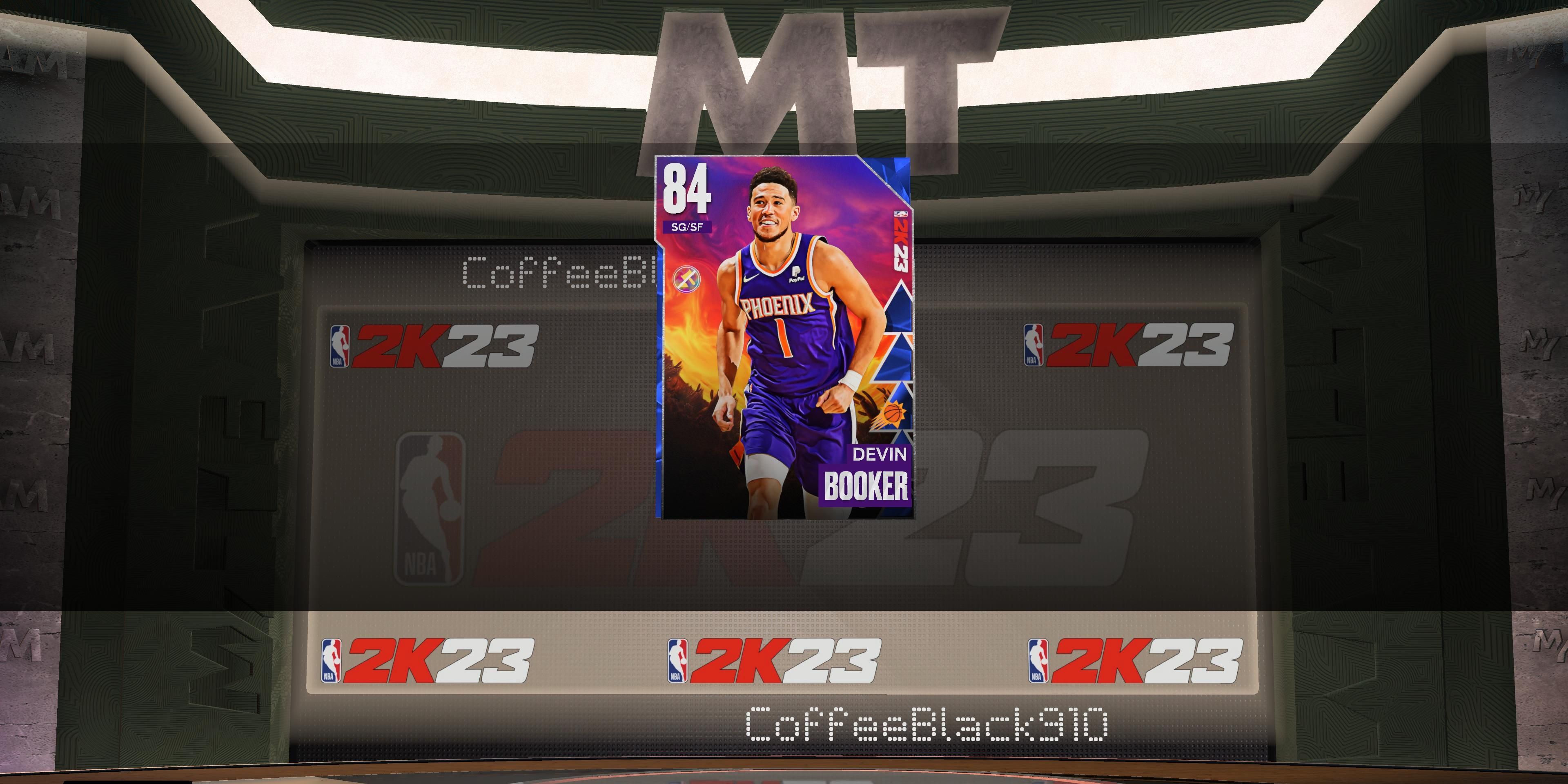 You’ll receive a starter kit immediately after heading into MyTeam. The card pack will reveal three Evolution cards to choose from; the player chosen will act as the star of your team. Evolution cards can be upgraded by completing statistical requirements that are unique to each card. For example, to upgrade Joel Embiid, one requirement might be securing a certain number of rebounds. Some cards have different upgrade sets that you can adjust to fit your play style.

Another specialized player card is Dynamic Duos. Certain players will receive a boost to their attributes and badges if they’re slotted together in the lineup. Chauncey Billups and Ben Wallace are an example of a Dynamic Duo because of their dominance playing together on the Detroit Pistons. However, the boosts will only apply when both the players are on the court at the same time.

Once you’ve selected your starter team, you’ll need to select where you play and the team name. You won’t be able to create custom jerseys or logos, but you will have the opportunity to unlock that ability later in the game. After you’ve finalized your team, you can test them out right away in a three-on-three setting. Whether or not you win or lose, you’ll return to the main menu following the game. Head over to the MyTeam tab and select Lineups Management. This is where you can adjust your roster, especially when you acquire new cards. 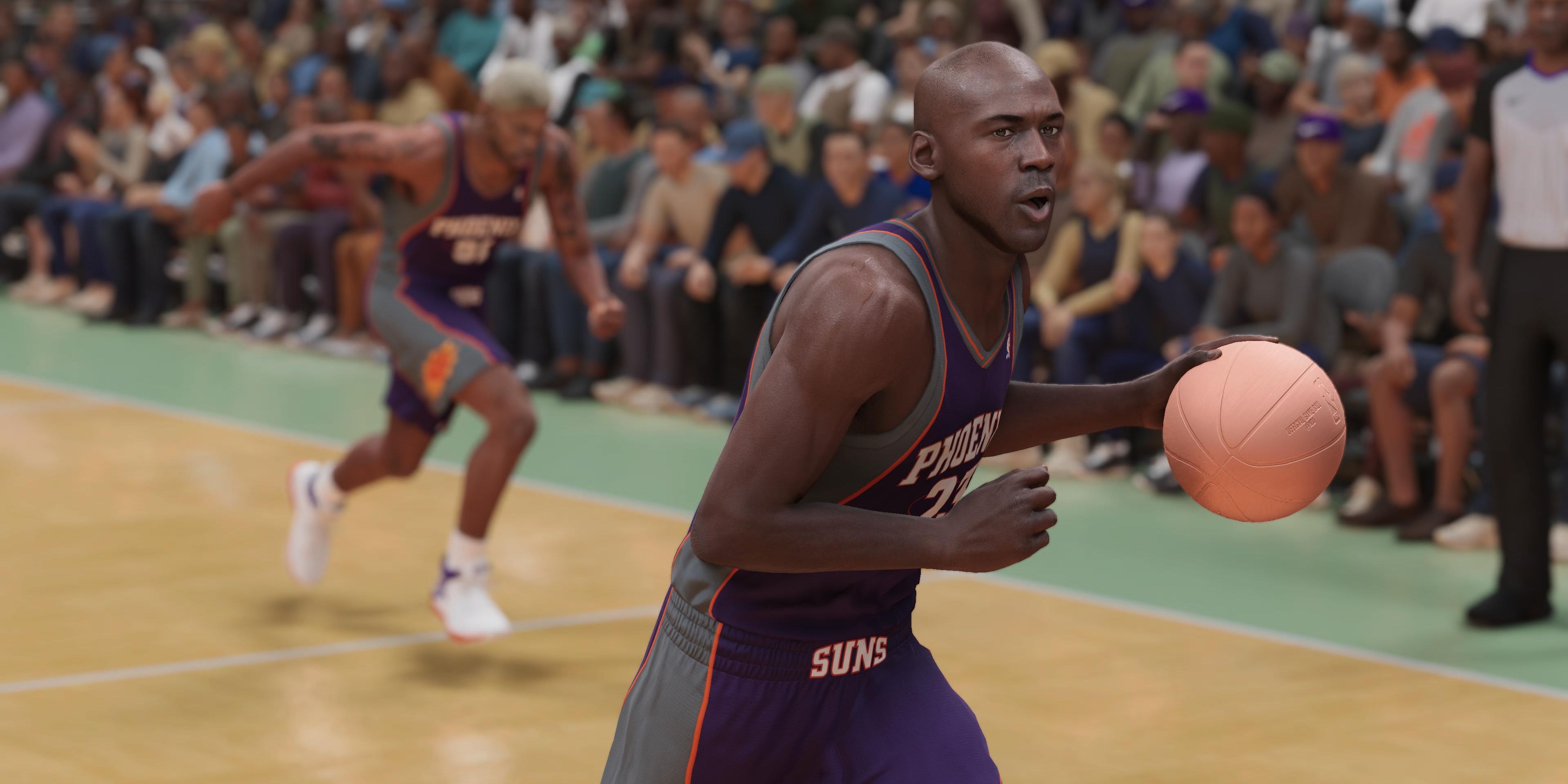 NBA 2K23’s MyTeam can be played both offline and online. Every offline game mode has an online counterpart if you want to test your squad against friends or other random players. Domination is the closest to a regular NBA game as you’ll get to. This mode is a classic five-on-five scrimmage with your best players against current NBA teams. You’ll earn stars based on the difficulty of each game and you must collect a certain number of stars to earn prizes to improve your team.

In a more fast-paced version of Domination, you’ll want to check out Clutch Time. Still five-on-five, this game mode differs because the shot clock is only 14 seconds instead of the 24-second standard. For more space on the court, Triple Threat is a three-on-three contest and the first team to 21 points wins. MyTeam also has specific Challenges that task you with completing specific statistical feats or game moments. If you’re looking to learn your players’ moves and practice, Freestyle allows you to spend as much time honing your skills.

Performing well in any of these game modes will award you experience points that will increase your Season status. The first MyTeam Season ends on October 20. Each tier presents a different prize that’s used to improve your team. One key item you’ll receive is a token. These bronze stubs are exchanged for cards in the token market. Unwanted or duplicate cards can be bundled in the exchange to swap out for a better card.