Neon White’s ninth mission is, for all intents and purposes, the last “standard” set of levels you will encounter in the game. As such, it sort of acts like your final exam. There are no new demons here. There aren’t any new weapons. Instead, the game has crafted some extremely tough, creative, and genuinely fascinating stages.

While these stages absolutely throw a ton at the player, they haven’t forgotten to include some excellent time saving shortcuts. And thankfully, this mission contains some of the most potent shortcuts in the game. Worry not, friends, you will get those platinum medals! 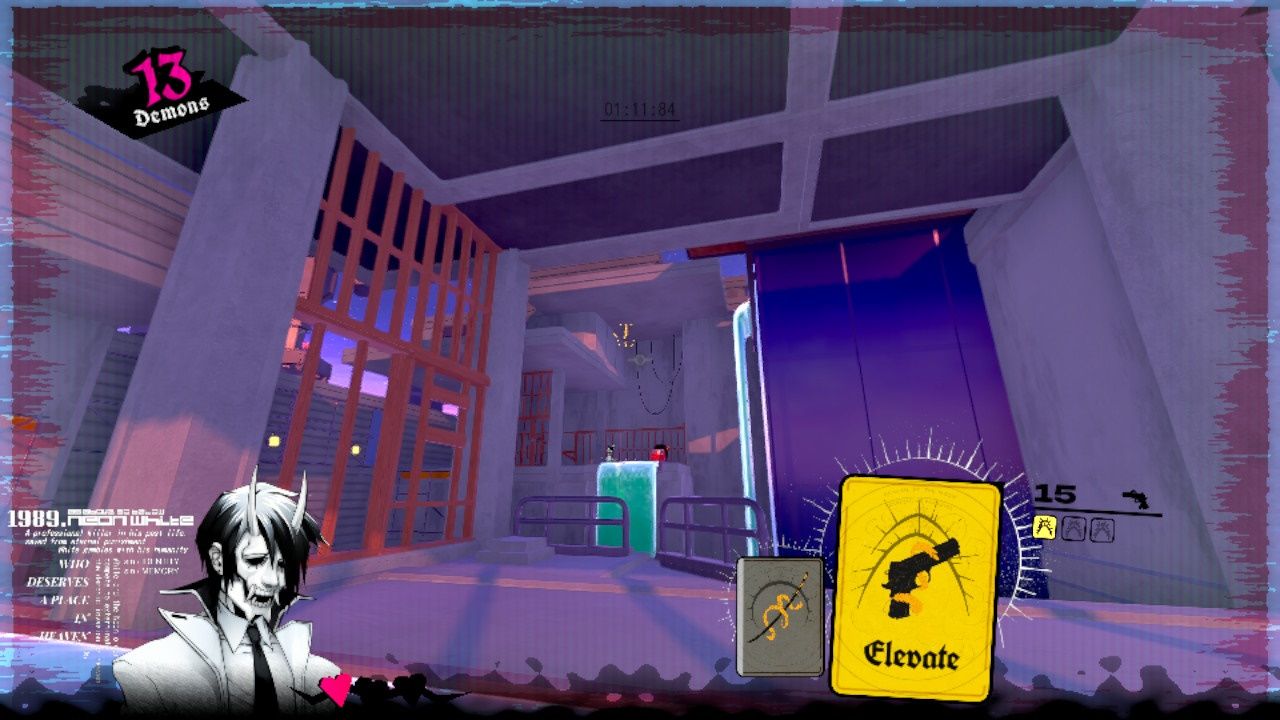 Begin the stage as you normally would. After you take out the two tripwire demons attached to the blue demon, and burst through the red door behind it, you will be in a courtyard that has canals running along its perimeter. Once you enter into this area, don't travel along the room's parameter using the canals. 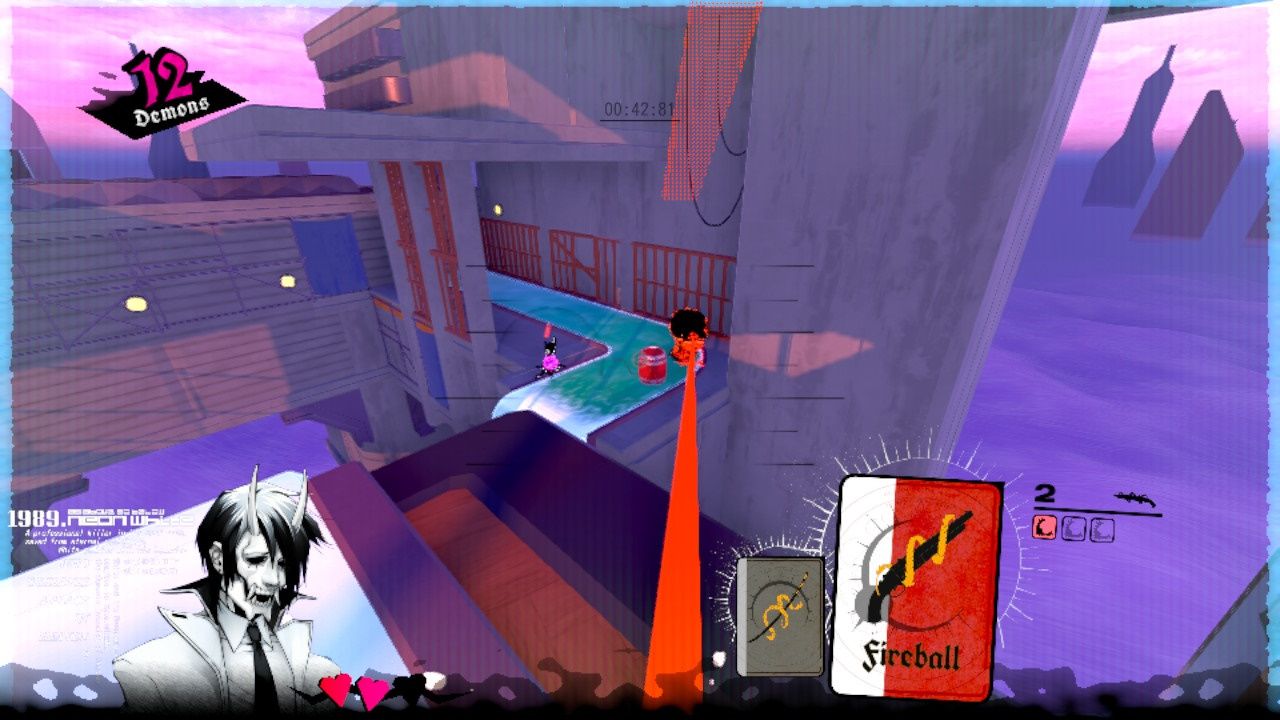 Instead, take a sharp right, shoot the barrel, and hop up to the next level (you will have to use your handgun's discard ability as well). You will need to also shoot the red barrel to your right (just so that you can clear out all the demons). This is a potent shortcut and should help assure that platinum medal. 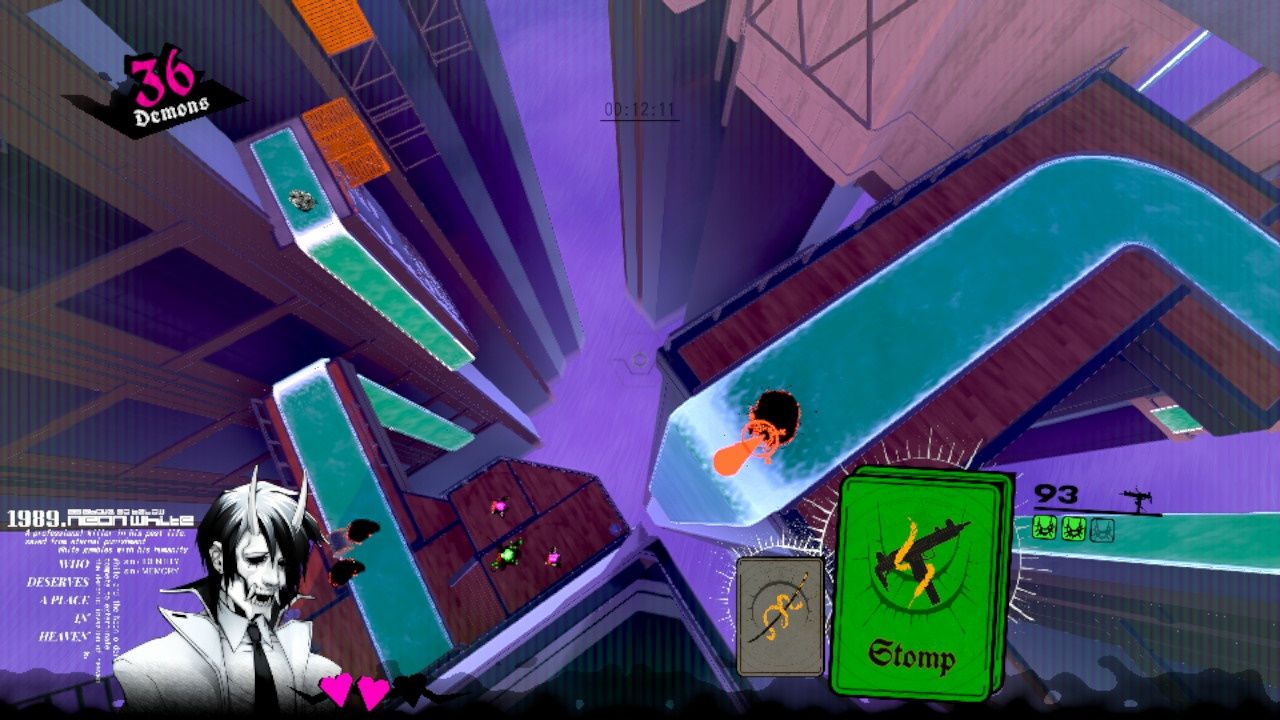 Very early into this stage, you will slam down into a canal section that will end with a green demon and a lesser demon. Typically, you would carry forward, jump out a window and engage in a fair amount of platforming. Instead of doing that, you take a left after killing the green demon and lesser demon, shoot the demonic head from above, and slam down on the group of green demons.

This is a huge time saver. You are probably getting close to saving nearly ten second with this shortcut. So, as long as you are able to not fumble anything else, that should carry you to a platinum medal. 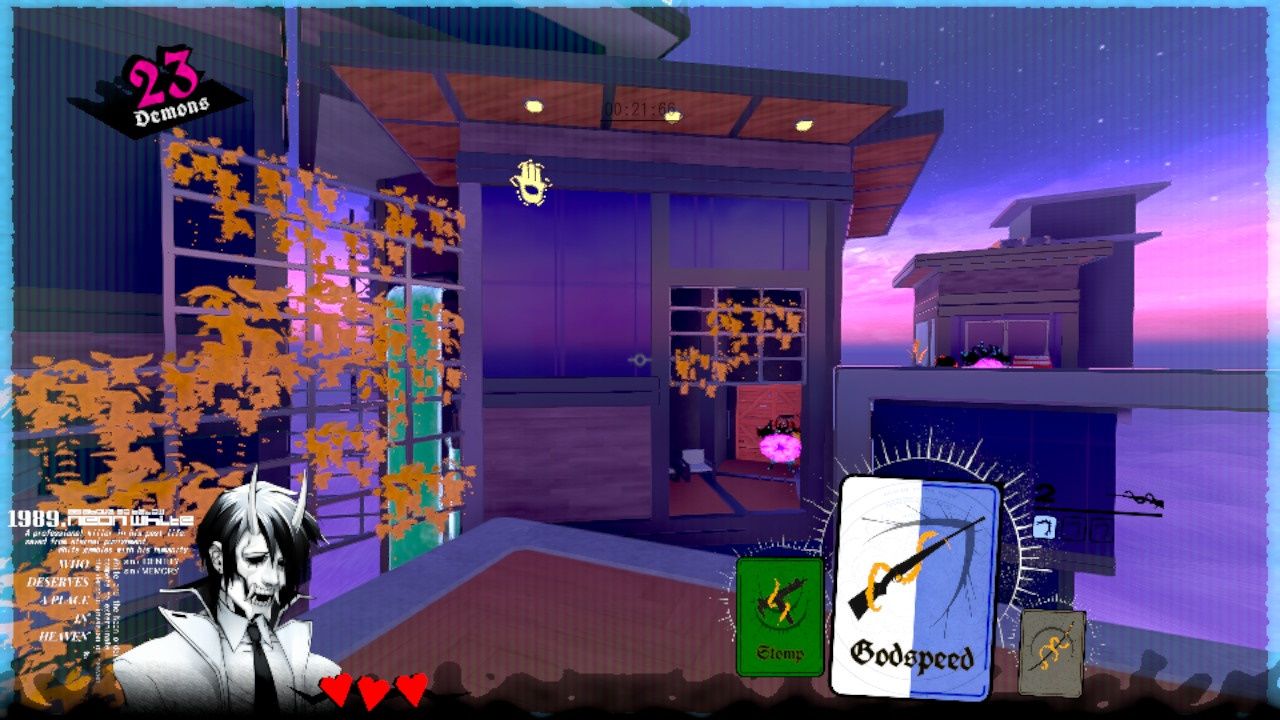 Right near the beginning of the stage, you will burst through a number of red doors in quick succession. However, when you hit the section of the stage where a canal leads to a green demon standing in front of a red door, stop. Shoot the green demon, then shoot the mimic that is in the distance (and to the right of a waterfall), and finally, shoot the red barrels down below with the blue demons standing next to them. 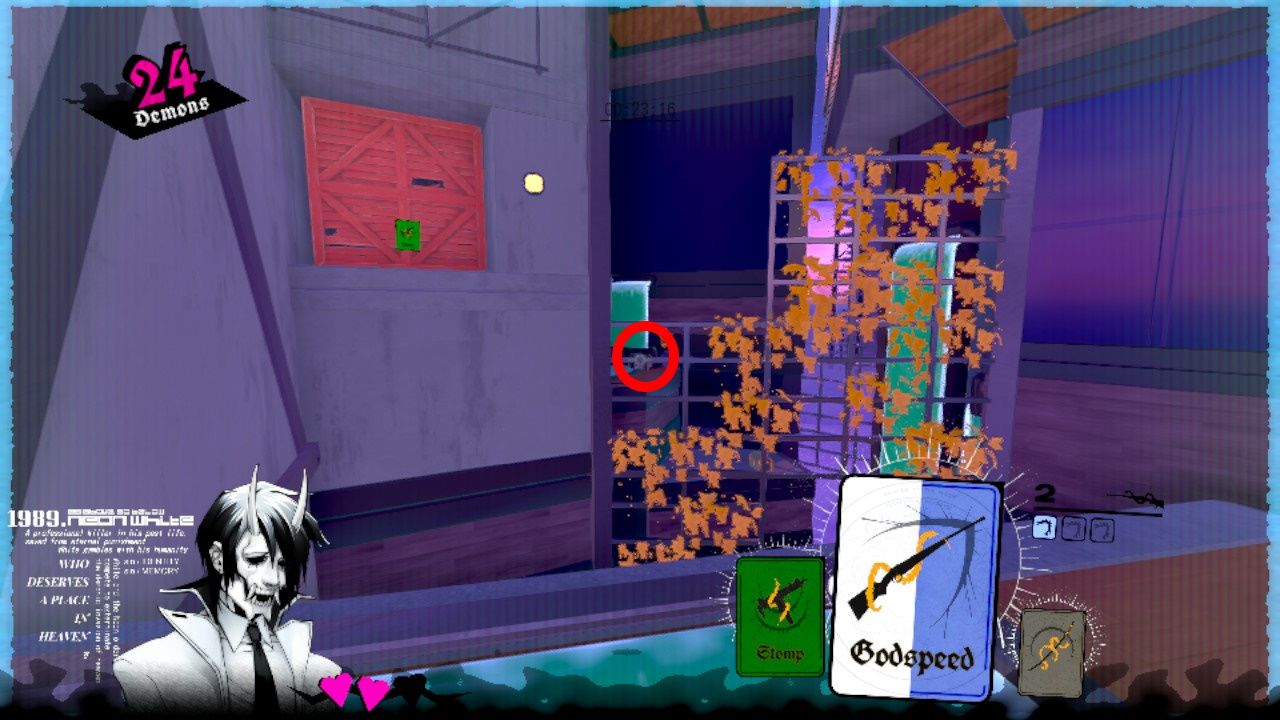 Now, jump to your right and finish the rest of the stage as you normally would. This is another sizeable time saver and should essentially guarantee you the platinum medal. 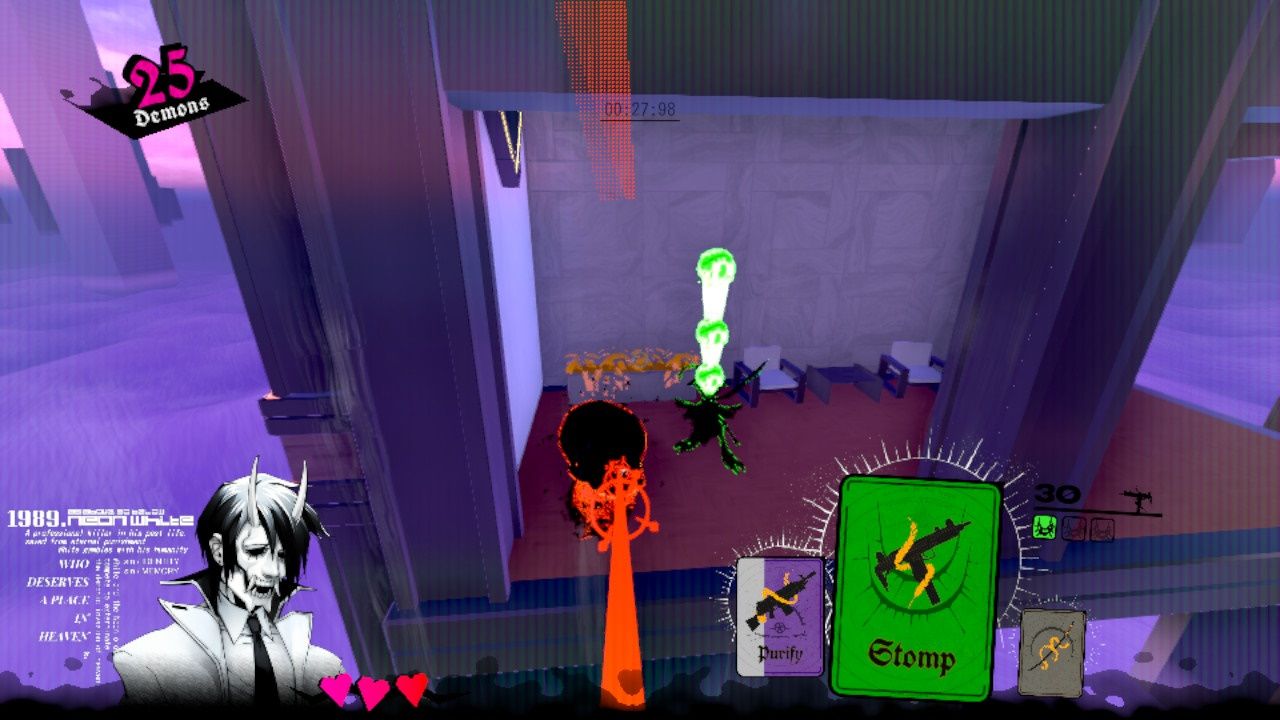 This stage is suitably named, as you will be doing quite a bit of slamming down. However, when you encounter the section with the mimics, stop with the slamming. Shoot the first mimic while jumping to avoid the bullets, then shoot the second mimic from above. But don't slam down into the next area.

Instead, jump up to the force field demon hovering in mid-air, grab the SMG and then while falling, fire a bomb into the room with the demons inside. Finally, discard the SMG to slam down. If you are confident, you can initiate the slam the second you get the SMG card, but it is going to make shooting those demons in the opposite building considerably more difficult. 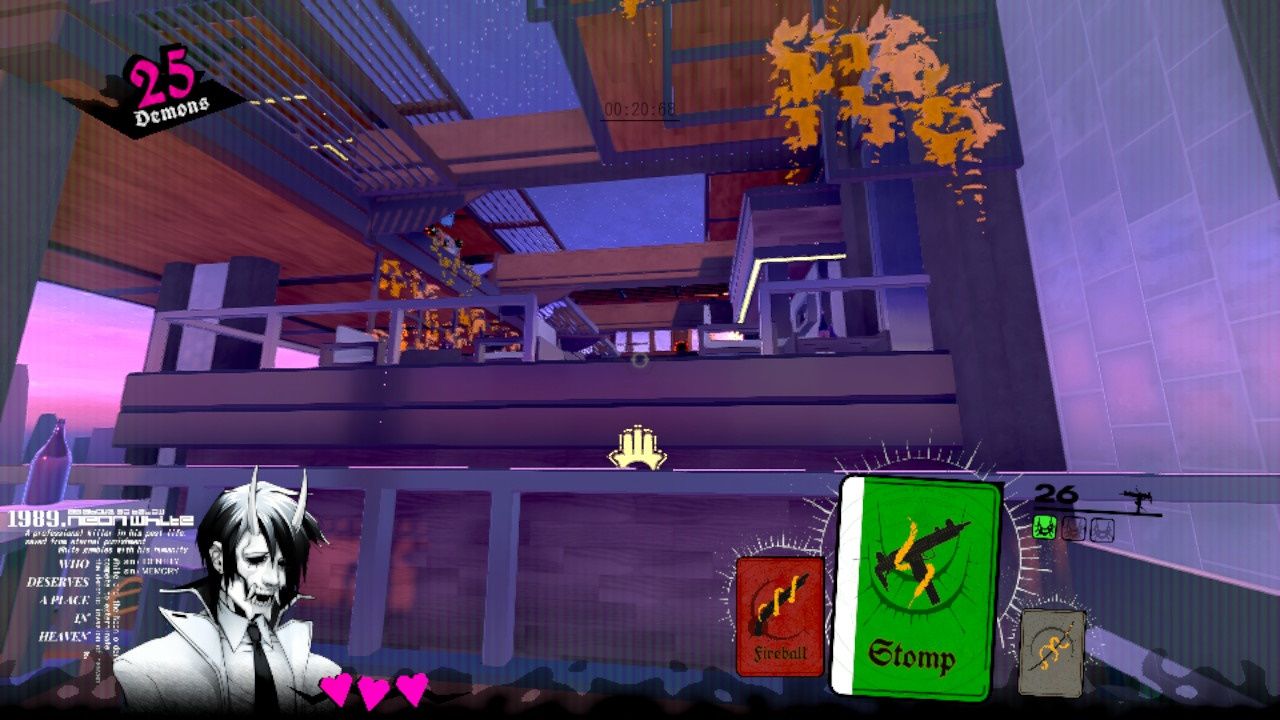 In the section where there are two mimics stacked on top of each other, take them out. Then shoot the demons sitting on the canal below. However, don't jump down onto the canal itself. Instead, look to the right. The shortcut is right there. Hop over the banister and shoot the mimic in the room with you, the one on the floor above you, and the mimic on the floor below you.

Now continue the stage as you normally would. There is a lot of shooting going on here, but you can make all these shots in quick succession, so it will all go shockingly quick. Play your cards right and you will easily cut five seconds from your run with this shortcut. 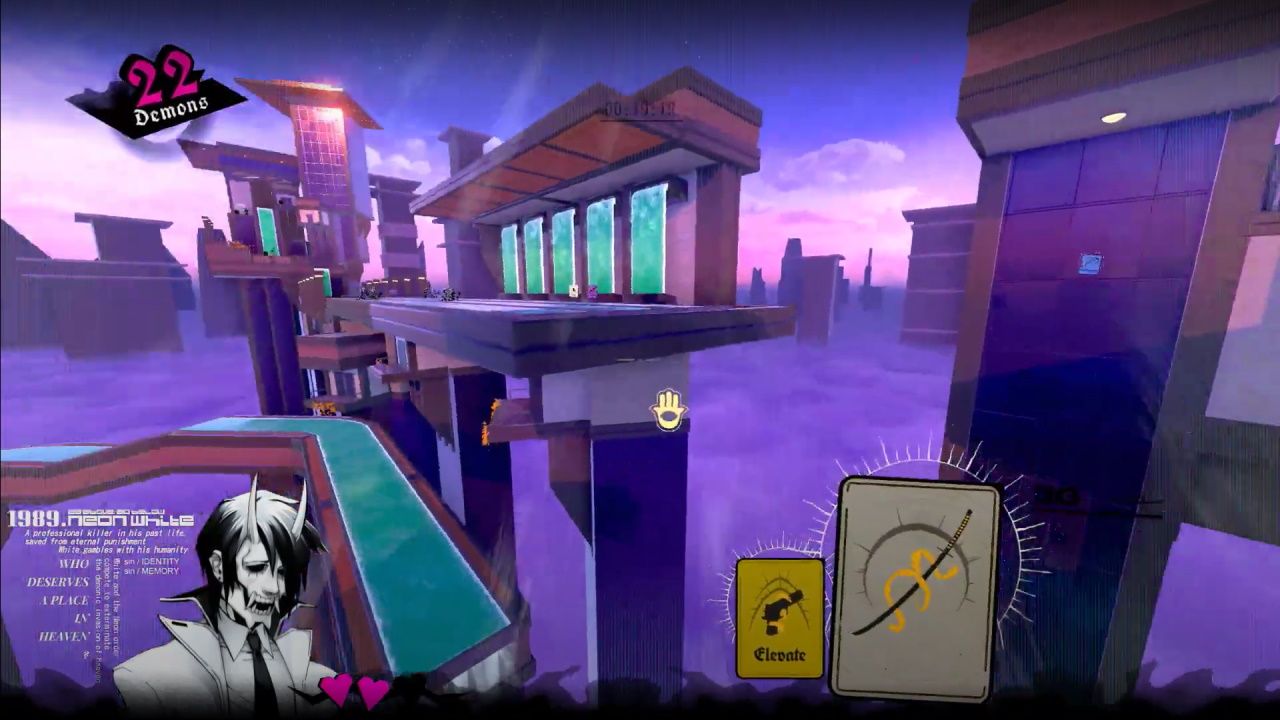 As you push forward, you will have just enough assault rifles to blow each demonic head up with a bomb. At the end of the canal section, you will encounter a demonic head and a yellow demon. Discard your assault rifle to do a bomb jump. This will put you on the roof of that building. Discard your remaining assault rifle to fire a bomb at the demonic head below you and to the right. Now, turn to your left and jump across the gap, discarding your handgun to get across. This is a tidy little shortcut that should make the platinum medal much easier to achieve. 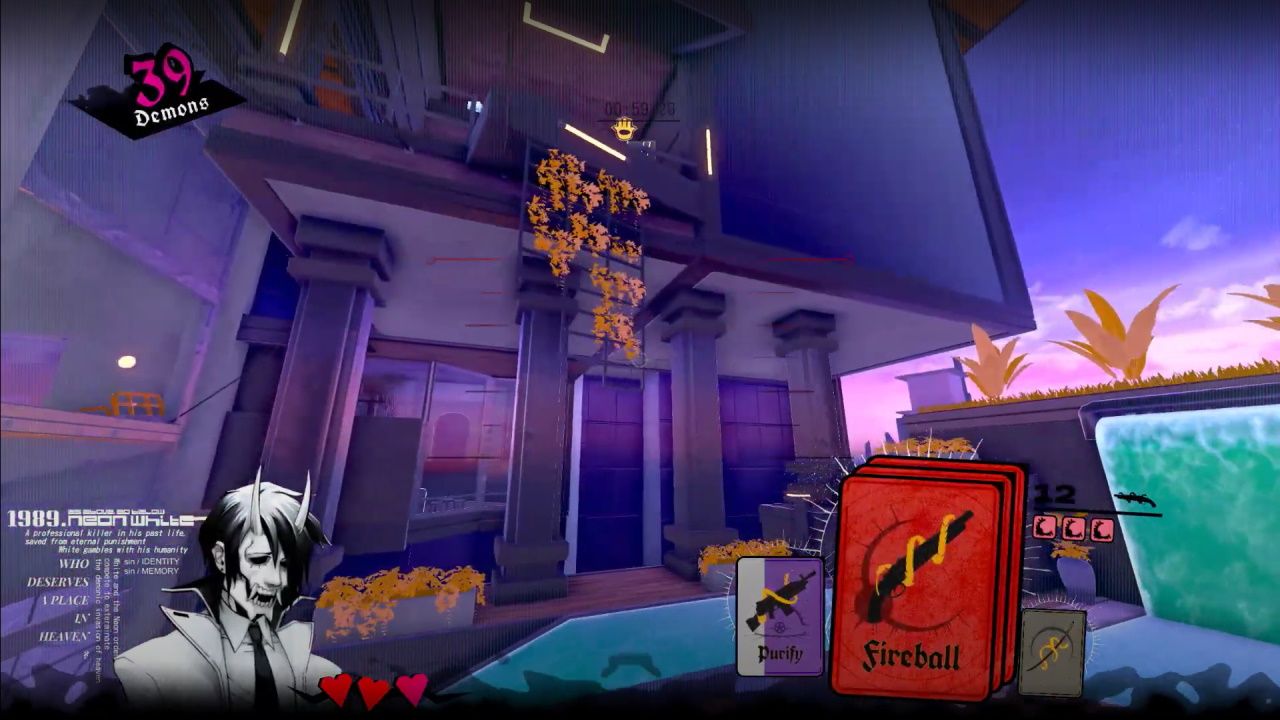 Continue the stage until you encounter a winding canal that has a vending machine for health items. Look up; there is a balcony in reach. Just discard one of your shotguns to use the fireball dash to get up to it. Once you clean out all the demons in this room, peek down and to your left and take out the demons below that you missed by using this shortcut. Now, finish the stage as you normally would, and you should earn a platinum medal. 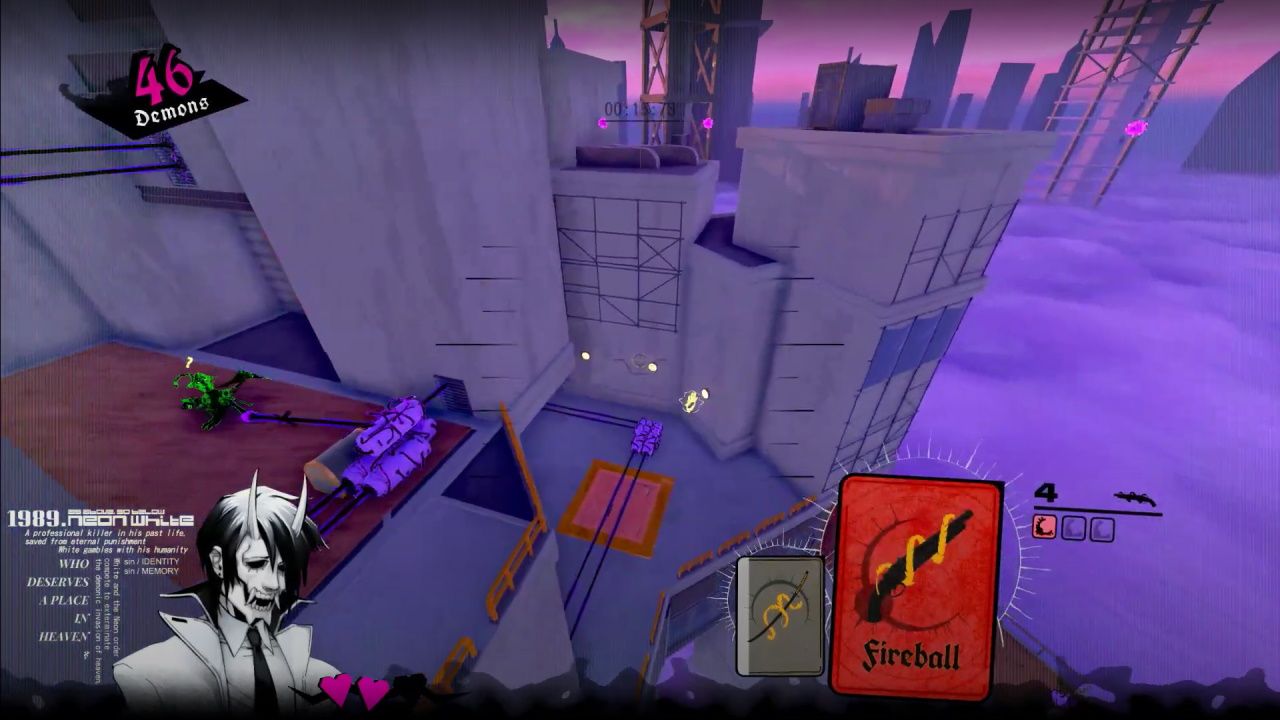 Early in the stage, you will get to a rooftop with a breakable red door (this will be the third red door you encounter). Don't break through it; instead jump over the edge and shoot the tripwire demons as you fall. You should end up falling in the canal section. This is a very sizable time skip and will help your achieve that platinum medal pretty easily (as long as you hit your shots). Try not to land on any of the surfaces. You should have enough time as you are falling to hit the mimics. 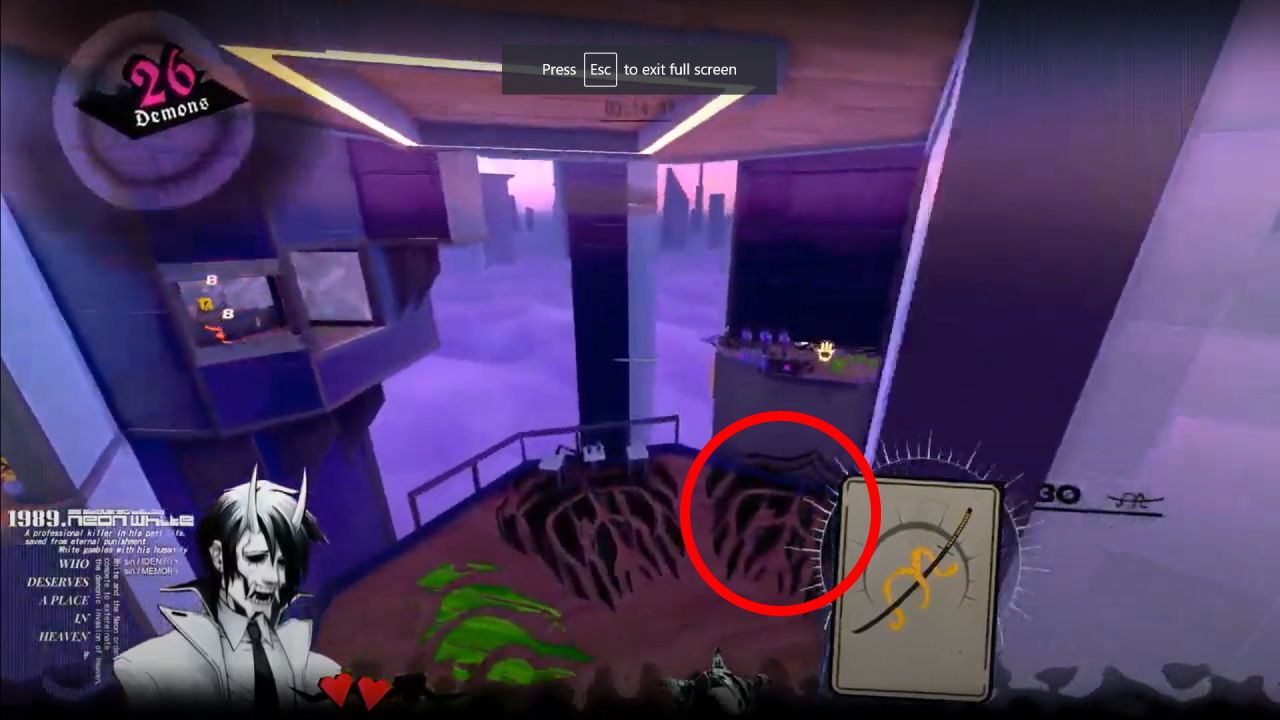 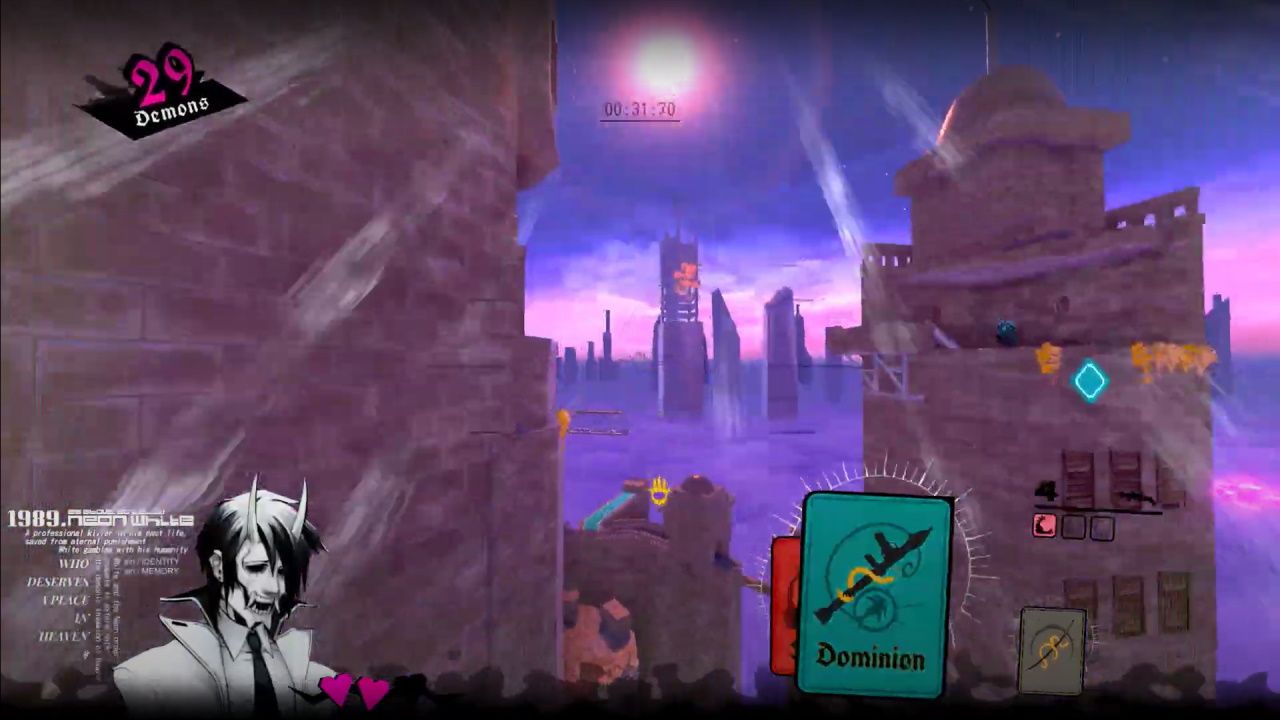 Once you finish the section where you climb a spiraling line of balloon demons up a tower, you will slam down, claim a rocket launcher, and be popped back up into the air. Now, look to your left. You should be able to land in the canal. Take out the demons here, then make sure to take out the demons across the way (that you skipped with this shortcut).

Finally, finish the stage as normal by running up to the pile of red barrels and doing a massive bomb jump. You should have an SMG card and a sniper rifle card. Use the SMG to drop fast; then, when you are level with the stage's exit, use the sniper rifle's dash to hit the exit quicker. If everything went smoothly there should be no doubt about what medal you are receiving.