A new Earthworm Jim game is being developed by the series’ original team.

The new game will be produced by ten of the original programmers, artists, audio team, and level designers. The full line-up of returning members has yet to be formally announced, but it is presumably made up of Doug TenNapel, David Perry, Tommy Tallarico, Nick Bruty, Mike Dietz, Tom Tanaka and Joey Kuras; the original Earthworm Jim dev team.

This new game will be released exclusively for the Intellivision Amico, a new console due for release in October 2020 that acts as a sort of ‘remaster’ of the classic 1980s console. Tommy Tallarico, the composer and sound designer for the original two Earthworm Jim games, is the CEO and President of Intellivision Entertainment.

The first look at Earthworm Jim will come as part of a livestream being held on Saturday, May 4 at noon PT (8pm UK, 5am AEST), in which the team will hold a design meeting and discuss their vision.

“We have been talking about this moment for many years, it’s a dream come true to finally get the entire team back together. We’re looking forward to sharing a small part of our reunion and initial design meeting with fans from around the world,” said Tommy Tallarico in a press release. 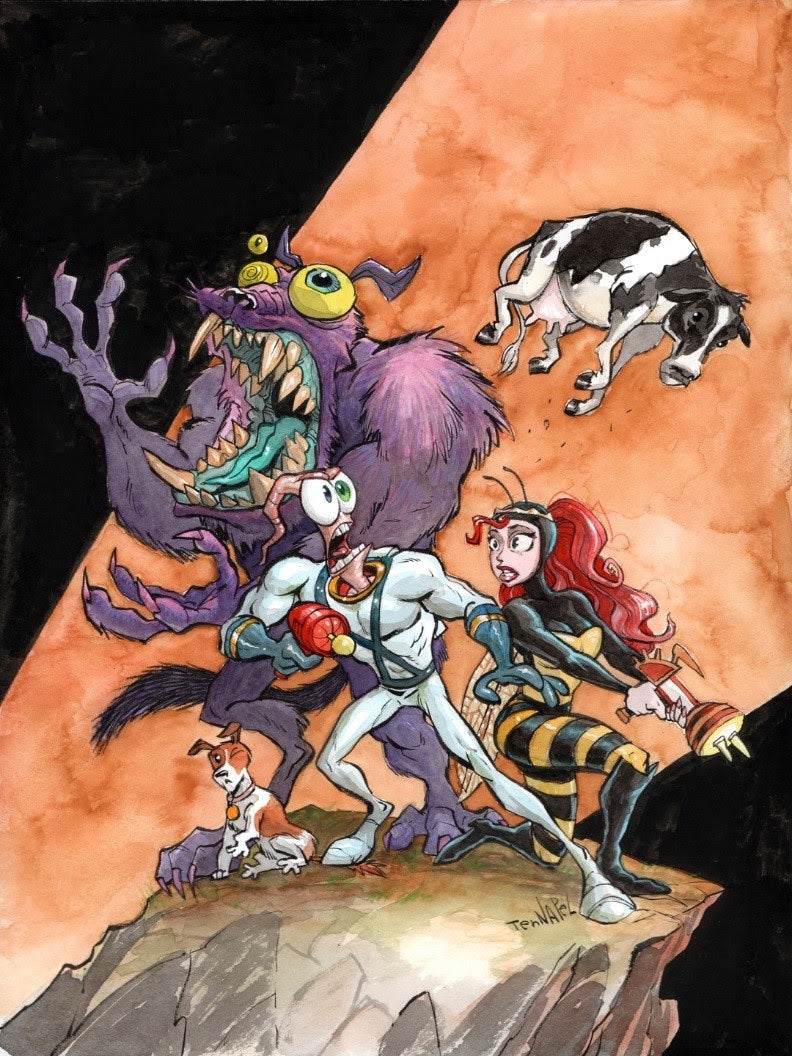 While the announcement offers no information on what this new Earthworm Jim may look and play like, it seems likely that it will be close to the original games; the Intellivision Amico website shows that the console will feature a heavy amount of classic 80s and 90s game re-releases and remasters, and claims the machine is powered by “21st century 2D chip and architecture”. As such, it seems sensible to expect a very classic-styled new entry in the series.

The launch of the Intellivision Amico is some way off, so while you wait why not check out these PlayStation games we’d like to see remastered. Perhaps the original teams could get involved with these, too?