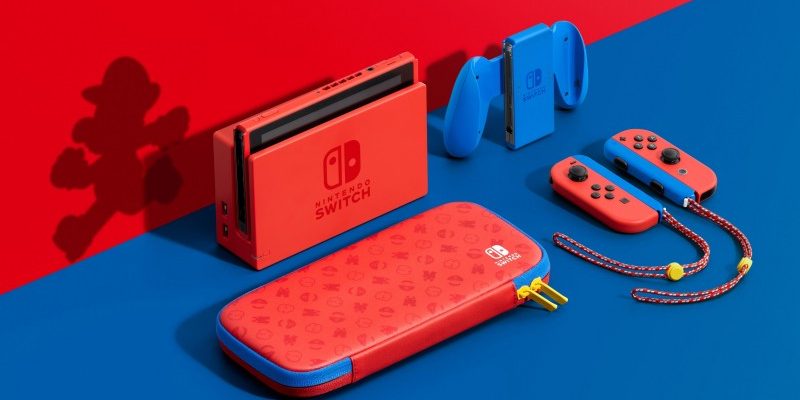 The Super Mario franchise has lit up our lives for 35 years and to celebrate, a brand new Nintendo Switch console has been revealed. The special Mario Red & Blue edition system comes bearing the usual red and blue color palette for the iconic Nintendo character and will be available to purchase beginning next month.

Nintendo has confirmed that the new special edition Nintendo Switch system will be available to buy from select retailers only for $299.99. What the new console comes with is the usual fanfare: red Joy-Con controllers with blue straps attached, a blue Joy-Con grip, a Nintendo Switch dock that is also Mario-red, as well as the red matching Switch system itself. Also included is a Mario-fashioned Red & Blue Edition carrying case alongside a screen protector for those that really like to travel hard with their console.

The new system comes just after the full reveal of Super Mario 3D World + Bowser’s Fury. “We hope players enjoy pouncing their way through two great Mario adventures in Super Mario 3D World + Bowser’s Fury, with lots of feline fun to be had whether playing solo or with family and friends,” said Nick Chavez, Nintendo of America’s Senior Vice President of Sales and Marketing. “Along with the Nintendo Switch – Mario Red & Blue Edition system, we’re delighted to offer these new products that mark more than 35 years of Super Mario adventures.”

While the red and blue colors absolutely make sense, it would have been cool to see a variant with a bit more stylization. The red Joy-Cons are not that far different from the standard ones already available aside from the stripe of blue. Perhaps a green color in there to represent Luigi would have been cool, though then you run the risk of just looking like a Christmas-y console. Still, it’s a nifty option for those looking to score a new system or to buy as a gift. You can learn more about the Nintendo Switch system yourself right here.