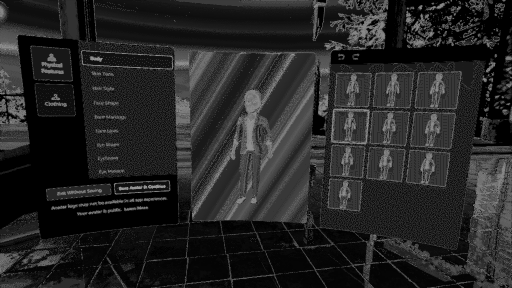 Oculus Quest owners can try them on in PokerStars, Topgolf with Pro Putt, and Epic Roller Coasters. A software development kit and broader launch is planned for later this year. Interestingly, Facebook says it will show users a full body avatar when players are choosing their appearance from a “quintillion combinations”.

This is despite the fact that full body avatars aren’t supported in games. Facebook’s Mike Howard, product manager for avatars, says representing a full body helps players internalize their avatar and see an identity through its customization. More apps plan to add the new avatars, according to Facebook, and the company is aiming to be consistent with its avatar style across Facebook, Messenger, Instagram, and other properties.

“Adding Avatars 2.0 to our game was straightforward and seamless,” said Topgolf developer Ryan Engle, co-founder and CEO of Golf Scope, in a prepared statement. “Our experience uses just one controller and the SDK makes it simple to adjust the avatar’s hands in a natural way, which was our primary concern. Another critical component of development is performance and the new system made it very easy to hit our performance goals for Quest 1 and Quest 2 without any heavy lifting. As a multiplayer experience our players love connecting with friends and family all over the world and the new avatars significantly deepen that connection by visually representing each player in a familiar and friendly way. This is the version of avatars we’ve been waiting for and it couldn’t be simpler to integrate.”

According to Facebook, hand tracking will be supported in the new avatars when the SDK launches.