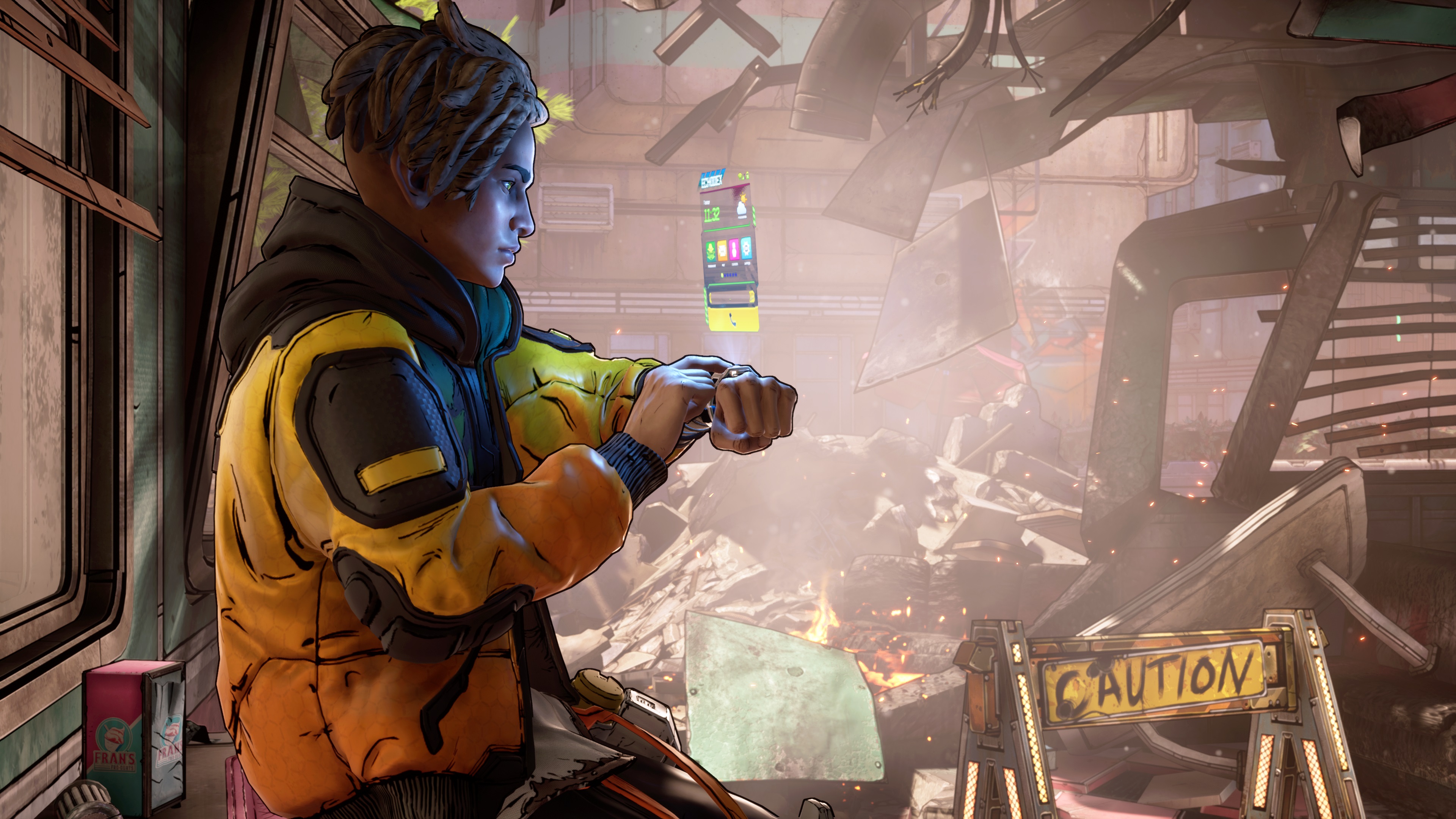 Gameplay footage for New Tales From The Borderlands shows some classic Telltale hallmarks and what looks like a recurring mini-game.

Perhaps the only thing more surprising than a Tales From The Borderlands sequel is that it’s releasing in just a month’s time.

The game saw its first reveal trailer as part of Gamescom 2022 over a week ago, and Gearbox Software has now shared further information on what to expect from the game, including nearly 20 minutes of gameplay footage.

At the time of its original announcement, it was explained that New Tales From The Borderlands is in development within Gearbox, not Telltale Games from the first game.

However, it turns out Gearbox has enlisted ‘key alumni of the original Telltale Games narrative team’ to help put together the story.

Even if that weren’t the case, the gameplay shown so far looks exactly like something Telltale would make. Dialogue responses are timed, you have four options to pick from, and one of them is to say nothing at all.

Much like the first game, you don’t just play as one character. Instead, you control a trio of protagonists – altruistic scientist Anu, her streetwise brother Octavio, and frogurt shop owner Fran – and you’ll make choices for all three, which Gearbox says will influence the story.

There’ll also be quick time events, with the footage shown highlighting a stealth section where the trio need to avoid being caught. At one point, Octavio must try sneaking up on a guard while hiding in a box, Metal Gear style.

Gearbox says they’ll have a ‘tangible impact’ on the adventure. For example, Octavio is spotted hiding in the box by a guard but, instead of a game over, this triggers a mini-game he has to play against the guard.

The mini-game involves pitting two plastic mini-figures against each other, all of which look to be based on characters from across the Borderlands series.

It doesn’t look especially complex, though. All you seem to do is rapidly press a button to hit your opponent and occasionally do a quick time event to avoid attacks. Time will tell if it gets any more deep as the game goes on.

You’ll probably be able to buy more of these figures since one of the pre-order bonuses is 10,000 in-game currency, as well as one extra figure and cosmetics for the three main characters.

A second, much shorter trailer also gives us a glimpse of the supporting cast, including Rhys, one of the first game’s protagonists who also appeared in Borderlands 3.

New Tales From The Borderlands won’t see an episodic release like its predecessor. As explained in a Game Informer interview, it will be structured more like Life Is Strange: True Colors and have all five episodes available from the start.

New Tales From The Borderlands launches for Xbox One, PlayStation 4, Nintendo Switch, Xbox Series X/S, PlayStation 5, and PC on October 21.